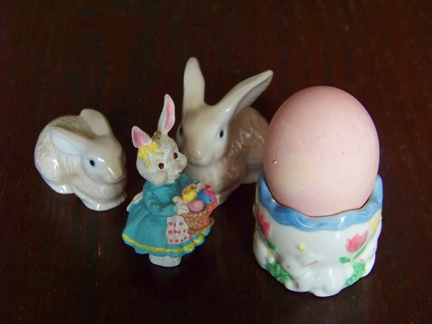 I have been dying Easter Eggs naturally for years.  I’d much rather cut up and boil old vegetables than run to the drug store for a synthetic coloring kit—it just feels like more fun.

At this point I have my standard formulas for the primary colors, which I covered in last year’s Easter post .  But once in awhile I get the urge to experiment–and this year I did!

I had read that cherries can produce a nice pink and since my beets produced brown eggs rather than pink one year, a new pink dye was on the top of my list.  The turmeric I use to make yellow occasionally leaves spots so I decided to try a different yellow dye.  Finally I added a new blue recipe for good measure.  Here is how it went:

The coloring agents I used were as follows:

And the winners are (drum roll)… 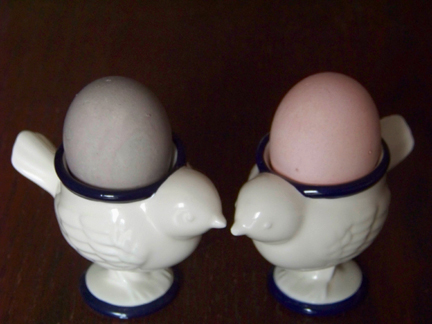 The cherries turned the egg an interesting steel gray.  If I were trying to match the stainless steel appliances, this would have been a winner.  But for pink, the classic beet dye was the winner. 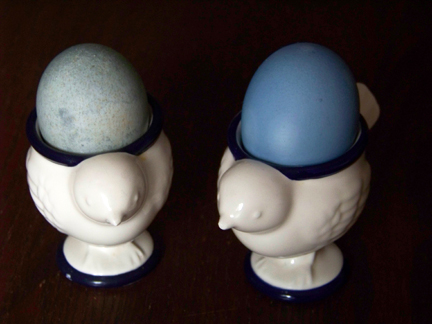 If we were going for a gray theme, the blueberry dye would have kept pace.  Producing a blue gray, it could not compete with the lovely blue from the traditional red cabbage, which came out especially well this year. 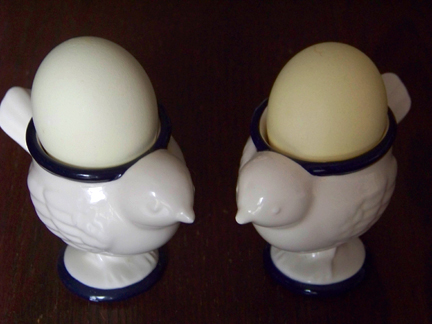 The tangerine peel yellow dye produced a nice pale yellow that the kids liked.  I found it too light so would vote the turmeric the winner.  But I may try this again next year with a larger quantity of tangerine peel to try for a darker shade. 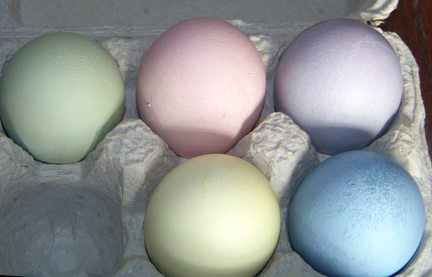 Making additional colors like purple, green and orange, is also easy if you know the basics of color combining–things like yellow plus blue makes green.  I dip an egg in the lighter color, let’s say yellow, then remove and dry it before adding it to the second color, in this case blue, which will turn the egg a new color.  In the end, I didn’t find a great new dye.  I always feel there is a scientific equivalent for the old sports adage–that’s why you run the experiment.  But I had fun and if next year my pink eggs turn a bit brown I can console myself that they could be gray!

13 thoughts on “The Natural Easter Egg Dye Off”