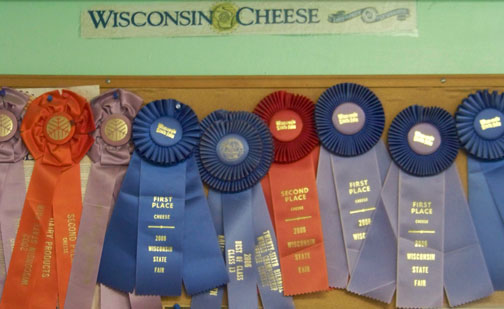 Some Awards Won by the Chalet Cheese Cooperative

As I have mentioned before (but probably not often enough) I am a serious cheese lover.  With three American Cheese Society conferences under my belt, I can polish off enormous volumes of truly fine cheese and leave wanting more.

So I was delighted to be included in a Wisconsin Milk Marketing Board’s food blogger cheese tour that took us to visit three of Wisconsin’s fine artisan cheese producers (see here for rest of the festivities).    Life is good!

Our first stop was the Chalet Cheese Cooperative in Green County, formerly the Swiss Cheese capital of the U.S.  Chalet Cheese still makes Swiss cheese in volume (Aged Swiss, Smoked Swiss, Baby Swiss) but one of their key differentiators is their Limburger.  Today they are the only Limburger producer in the U.S., with the country’s only Limburger Master Cheesemaker, Myron Olson. 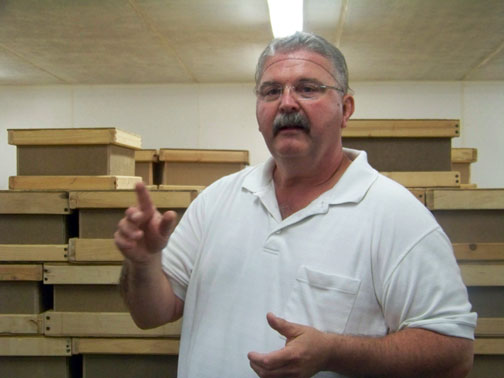 Myron began making cheese in 1970 and is only the third manager here since the 1930’s.  As he led us on the tour he passed on some of the keys to their success.  Their milk is produced on 21 family farms, all in Green County, which milk up to 170 cows each.  The herds are approximately a three to one Holstein/Brown Swiss mix which he felt led to the  optimum balance of protein and fat.  All of the milk they use is fresh because “good milk makes good cheese.”  Even the limestone rock foundation upon which the farms rest contributes, acting as a natural filter, and producing great tasting water and crops. 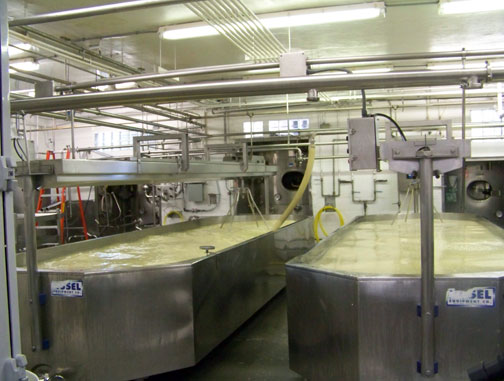 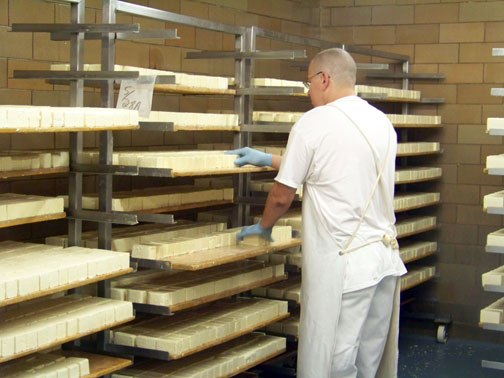 Tending the Limburger is Labor Intensive 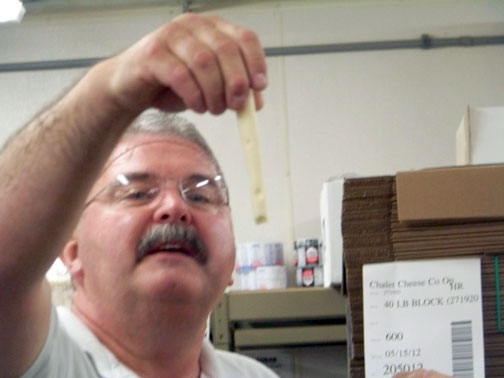 Testing a Plug of Aging Cheese

After the tour, we were led to a tasting room to sample some of their cheeses, including their famous (infamous?), and somewhat intimidating, Limburger.  Most of us know limburger as a… shall we say… robustly scented cheese (think animated mouse fainting at the approach of the cheese). 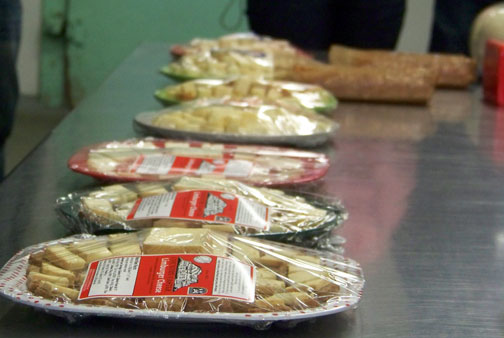 But how many people have actually tried it?  Given their 500,000 lbs of production last year, it must be a fair number but most of our group was not among them.  And I must confess that, cheese aficionado that I am, I had never partaken.  It was time to remedy this.

The Swiss was good, but I was really waiting for the strong stuff.  We sampled three “ages” of Limburger and I actually liked the stronger two best!  I will definitely be trying this again and one of my fellow bloggers has already found a local source.   As Myron pointed out, “If I called it a washed-rind, cave-aged cheese” people would look at it differently.

Hmmm, what to put with this on a slice of pumpernickel… 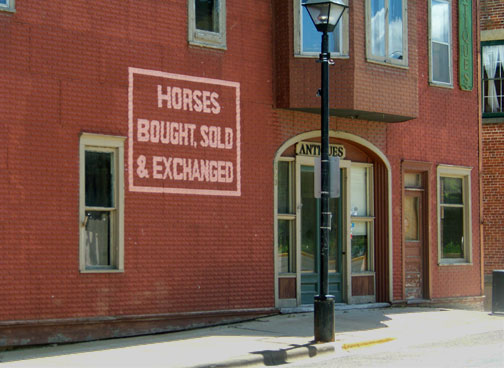 Our second stop was Hook’s Cheese Company in Mineral Point, a quaint village in southwest Wisconsin.  Housed in a historic building that nestles into the side of a hill, their cheeses age in cheese caves that are literally caves! 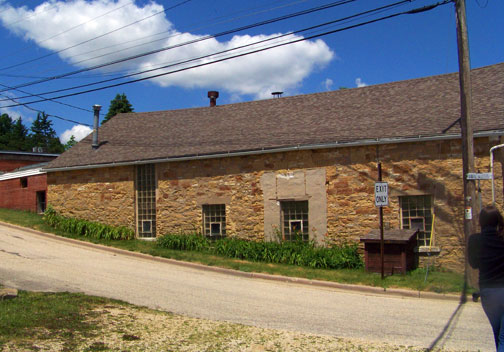 Hook’s Cheese is owned by husband and wife team Tony and Julie Hook, who started their first cheese business in 1976.  When Julie’s 1982 Colby earned a first place finish in the World Cheese Championship, business took off and she is still the only woman to hold this honor. 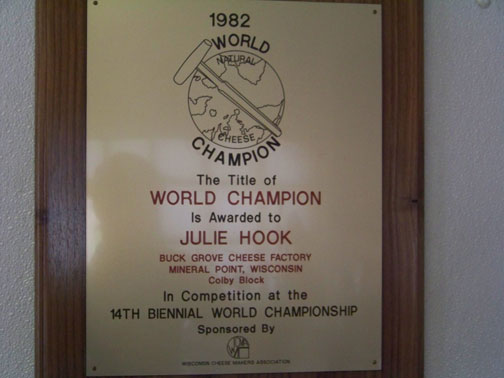 In 1997 the Hooks began making their first Blue Cheese which evolved into a number of award winning selections including Gorgonzola and Little Boy Blue.  Today’s repertoire boasts many cheese varieties including Muenster, Monterey Jack, Brick, Swiss  and their distinctive and robust 15 Year Cheddar.  Every fall, they release the new year’s 15 Year Cheddar and in 2015 will unveil a 20 Year Cheddar.  Almost like waiting for a vintage wine! 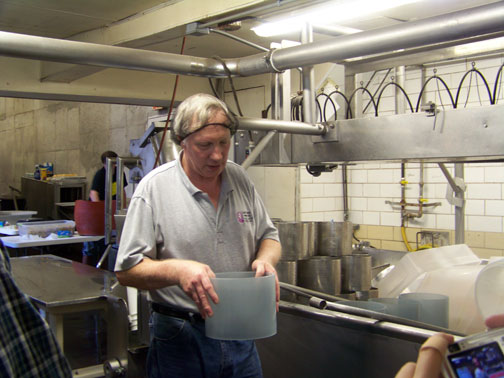 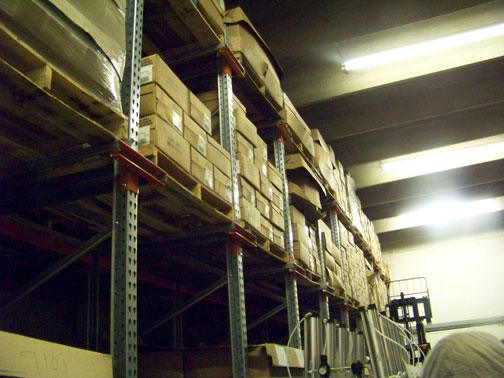 Like Chalet Cheese, they are strong believers that quality milk makes quality cheese and they use the output from small family farms with herds of 11 -60 cows.  Even though it is technically Grade B milk, he feels the quality Is better than most of the Grade A milk. 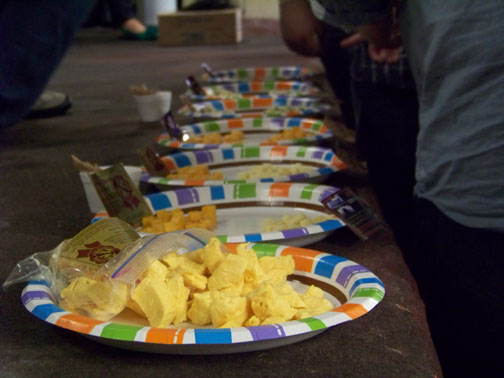 The success of their cheese would back this up!

Our final stop took us to the birthplace of one of my favorite cheeses—Pleasant Ridge Reserve from Uplands Cheese Co.  in Dodgeville, WI.  With origins in the Alpine Beaufort tradition (think a French version of Gruyere), it has a sweet nutty flavor that has earned it a record three wins of Best in Show at the annual American Cheese Society Conferences. 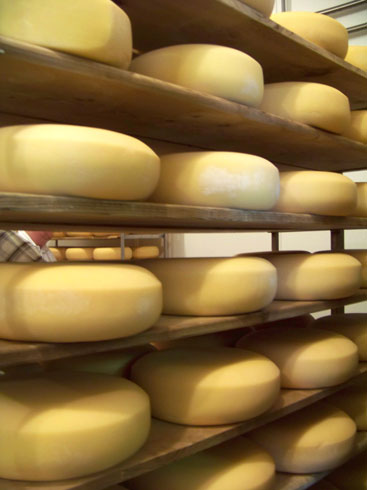 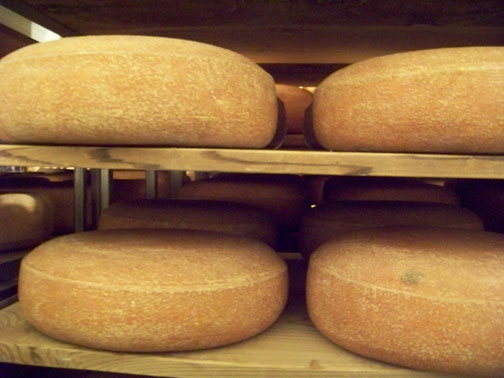 Uplands Cheese is a farmstead producer which means they control the full operation from milk production through cheese making.  They have a closed herd and over time crossed nine breeds to get the traits they were looking for.  Andy Hatch , cheesemaker, general manager and our guide, commented that the hilly topography favors athletic cows which he feels produce a more complex milk with a wider array of traits for developing cheese flavor. 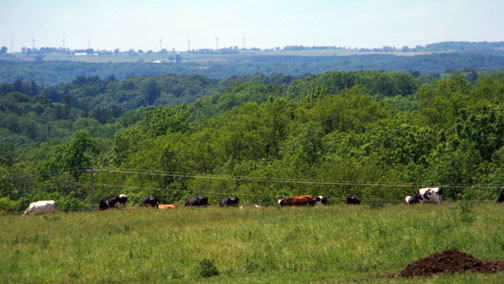 Uplands is exceptionally focused on quality and he unapologetically acknowledged that they are not the most efficient producers.  The cattle genetics are focused on quality not quantity, he knows each of their cows personally and if the herd needs to be put on hay rather than grass, they sell the milk rather than make cheese with it.  And by this standard, when winter rolls around, Pleasant Ridge production is over. 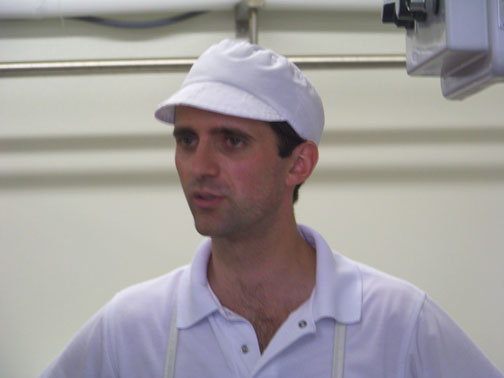 This practice ultimately led to the development of their second variety of cheese, Rush Creek Reserve, sometimes called their “winter cheese”  since it is produced from September to mid-November. Because they were still producing exceptional quality milk later in the year—just not from cows fed exclusively on grass, it seemed a shame to sell it.  Hence this delicate, soft, new cheese was born.  Alas, it is gone for the season (where have I been?), but I have made a note to taste it this winter. 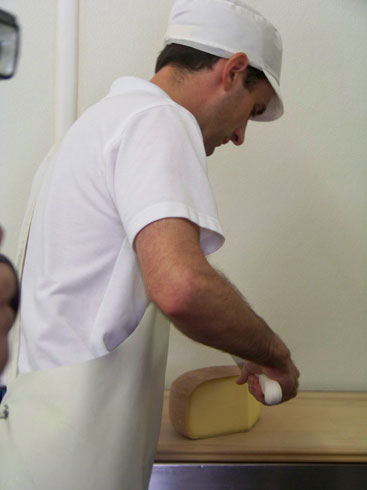 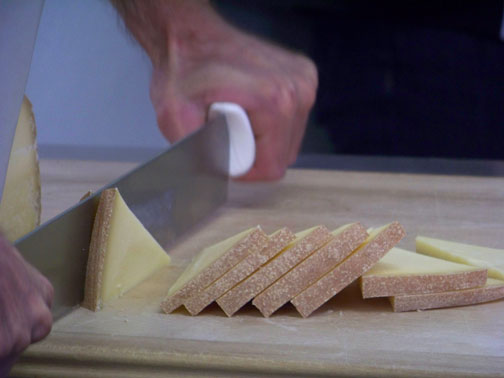 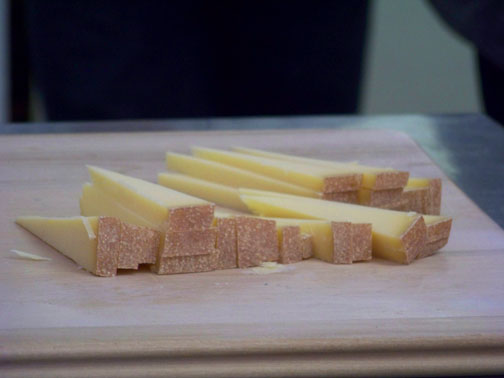 All of the cheesemakers expressed pride at being part of a strong Wisconsin cheesemaking tradition.   And we, as food bloggers, were delighted to be among the beneficiaries!

4 thoughts on “A Tour of Artisan Cheese”