Poor Man’s Lobster is the ultimate way to prepare cod, with a sweet rich flavor that is truly reminiscent of broiled lobster.

Cod is a workhorse of a fish. Not only is it economical, but it’s suitable for a wide variety of preparations–from deep frying to baking. All delicious, of course.

Poor Man’s Lobster, however, is where it shines. And, possibly due to my keto diet, memories from my childhood recently came flooding back. 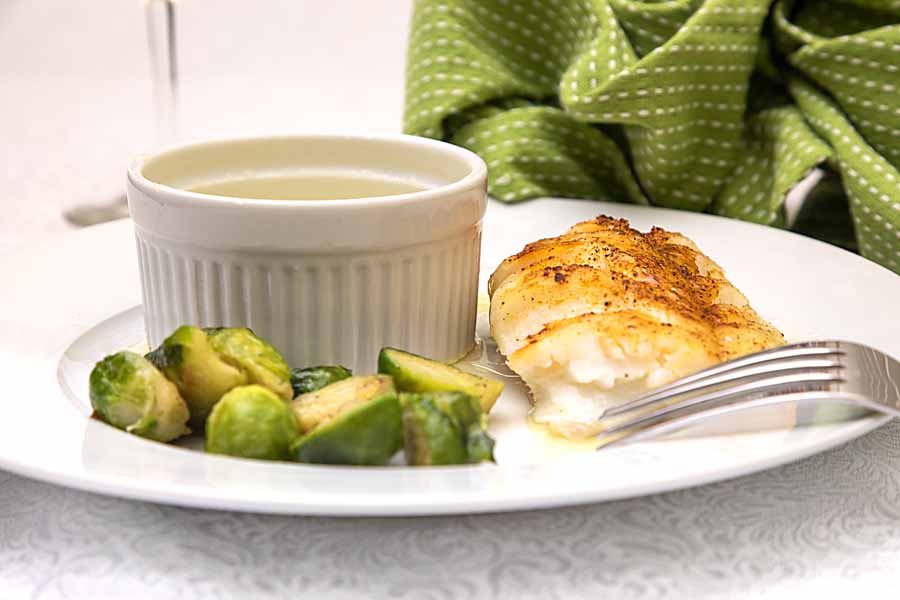 My mother used to simply boil the cod, then serve with melted butter. But as I researched recipes on the internet, I came up with two interesting alternatives. The first boils the cod in sugared water, then broils. 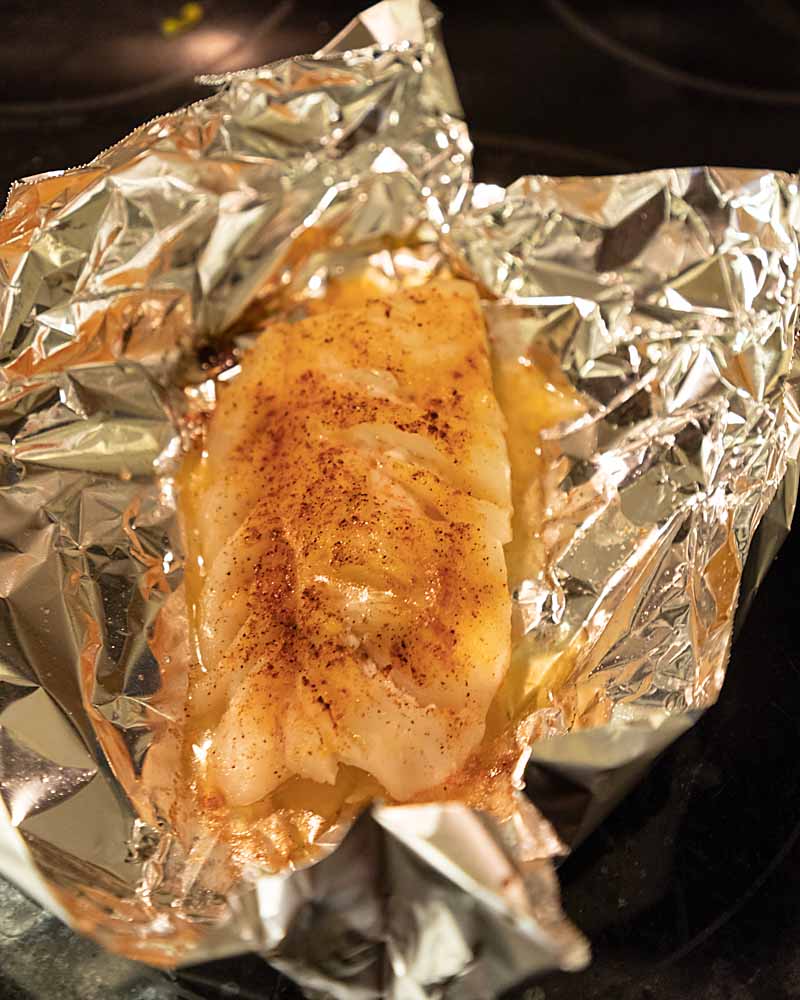 The second, a simpler alternative, is sprinkled in salt, pepper and paprika, then baked (and served) topped with a melted stick of butter. 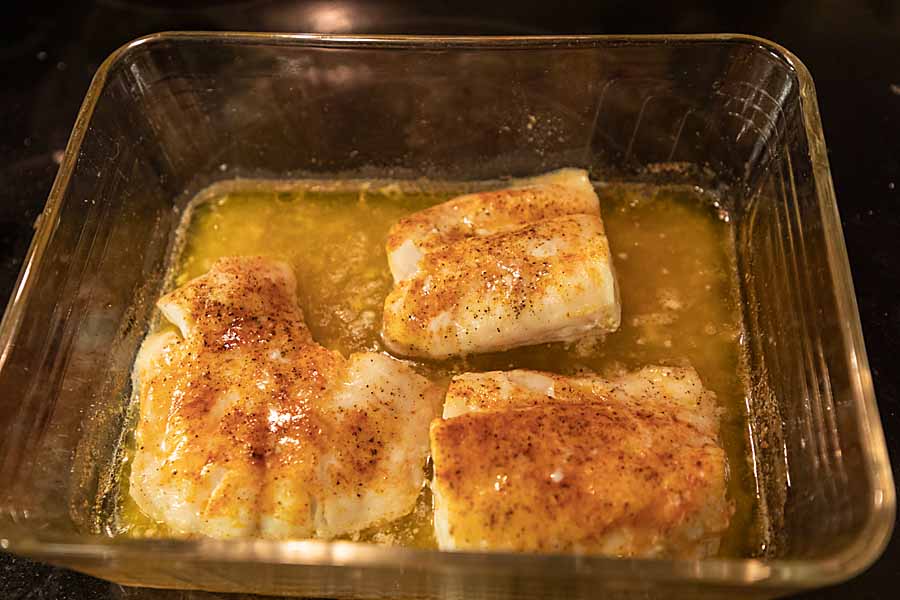 Now clearly the second would have the advantage in work effort. But which would be the winner in taste?  I decided to make both to see. My husband, oldest daughter and I all judged the results.

In the end the boiled then broiled version (recipe below) did indeed taste more like lobster and edged out the other in flavor. The pre-boil in the sugared water adds a lobster-like sweetness and the subsequent broiling gave it a nice firmness. 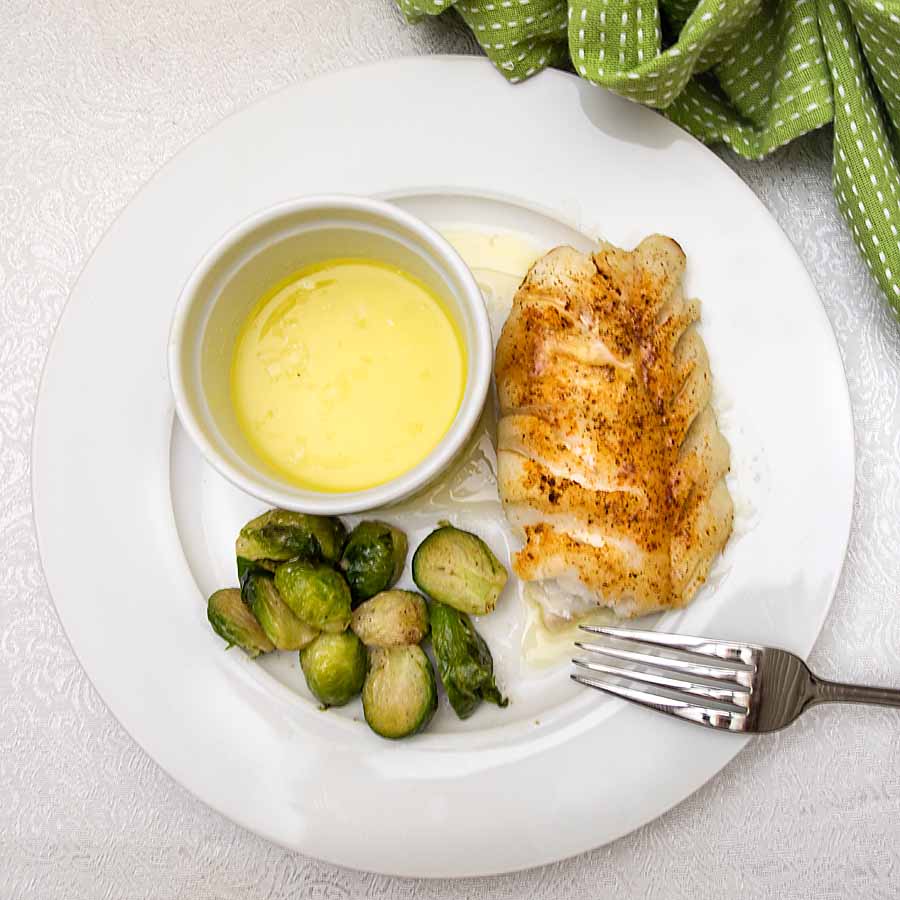 But we also really liked the baked version. So on a day with lower energy levels, I wouldn’t hesitate to make that!