The Starbucks Pumpkin Spice Latte has been getting a lot of buzz lately.  Nothing like a reported pumpkin syrup shortage to start a craze!

As regular readers will testify I am already a bit pumpkin obsessed and have done  pumpkin pie as well as soup in a pumpkin this blogging season, but mixing pumpkin with coffee (another obsession of mine 😉 ) really had me interested. 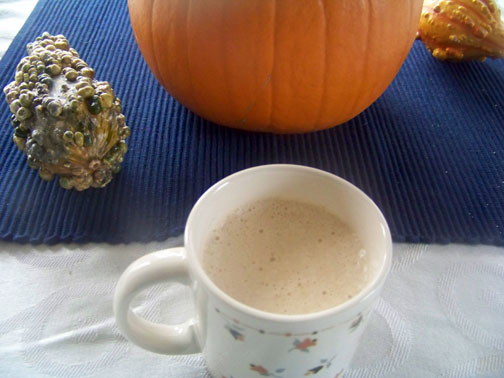 So… even though I had heard allegations that there was no actual pumpkin in the mix, I sent my daughter on a Starbucks run.  When she returned we both tasted.  And the verdict?  Well (taking a deep breath)… why would someone pay $4 for something that tastes like artificial flavoring?

And so I did my own version.   Economical.  Tasty.  All natural.  Whirred up in a blender, it is even foamy!  Even better, it has a mere 104 calories along with a bit over 50% of your RDA of vitamin A (according to the Calorie Count website)!   Does this mean I can count my Pumpkin Spice Latte as a serving of vegetables? 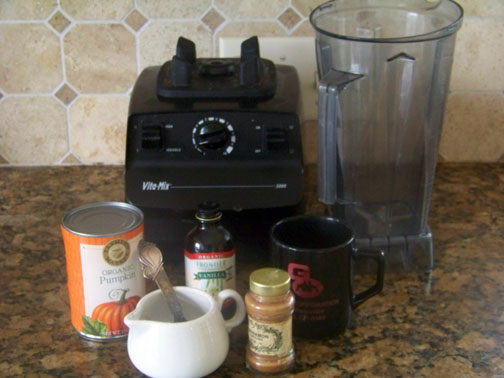 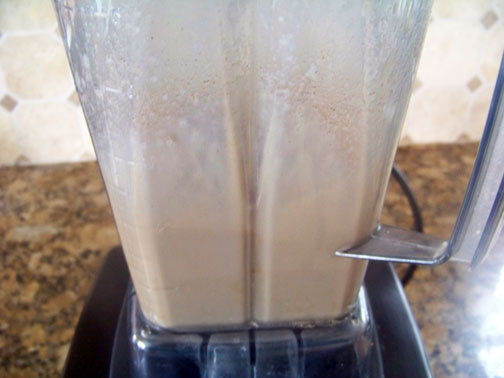 Whir Up in the Blender

While researching all of this, I picked up an interesting tidbit.  Did you know that canned pumpkin is more nutritious than fresh?  The reasons for this are unclear but there may be a number of factors in play.  First, fresh has fewer calories which tells me that it simply contains more water, but this only explains part of the difference.  Other explanations that I found included the freshness of the pumpkin that is canned (I admit mine can sit in the cool basement for months) as well as the canning process itself, perhaps similar to the fact that cooked tomatoes are more nutritious.  So this is one time that there is no guilt taking the easy way out and opening a can! 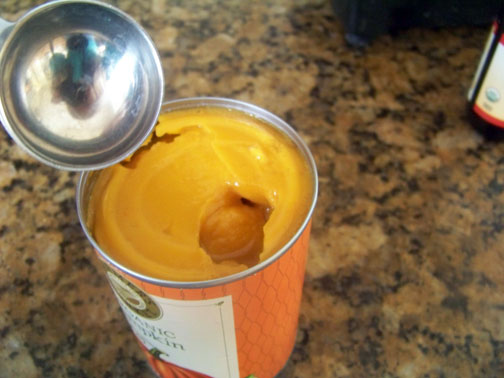 Directions
1.  Heat milk, then blend all ingredients (start on low, because blending hot liquids can be dangerous) together until well combined and foamy. 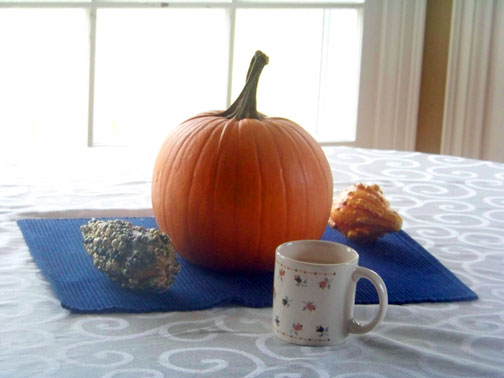