Don’t you love all the great cooks on PBS?  I was shopping recently and right in front of me stood two copies of a cookbook from the series Daisy Cooks!  I couldn’t resist so now I have one copy of Daisy’s Holiday Cooking for me (just in case I need some Latin flair in my holiday cooking) and another for a giveaway. 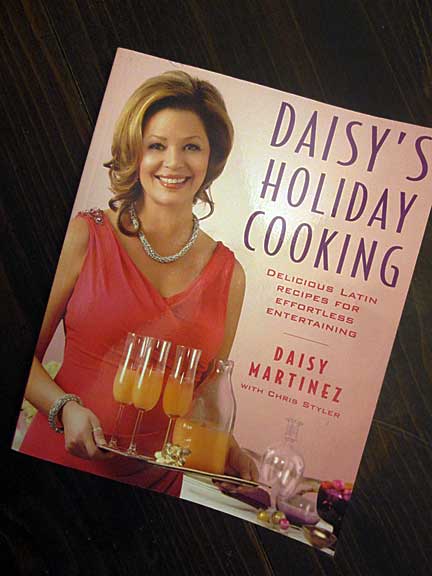 Of course the first order of business was to test one of the recipes from the book.  Since I am on a pumpkin/winter squash roll right now, I decided to try her Coconut and Winter Squash Soup.  Flavored with vanilla, cinnamon, cloves and allspice, it looked like an interesting variation on a common fall theme. 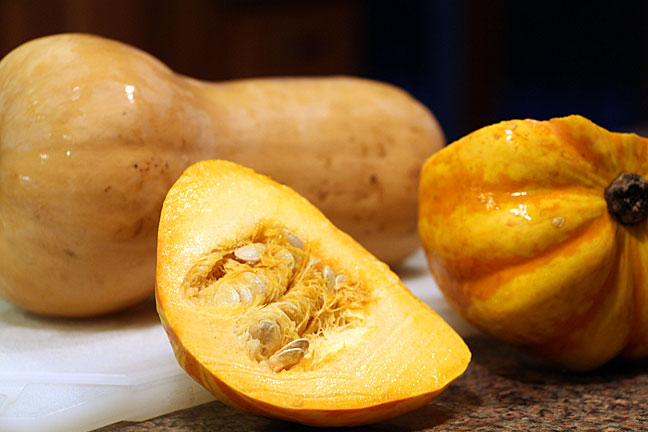 I made the recipe almost exactly like she did with two differences.  First I roasted my squash ahead of time, because I find peeling and cubing butternut tedious (and scary!), and it was going to be pureed anyway.  And second, I sweetened it slightly with some maple syrup (though honey or agave might have been more authentic) because I thought that would enhance the vanilla overtones.  Squash varies in sweetness anyway.

The soup was enjoyed by everyone and a special hit with daughter #3 who normally hates squash soups (she had seconds).  First pumpkin muffins, now this!  Looks like we’ve made a convert! 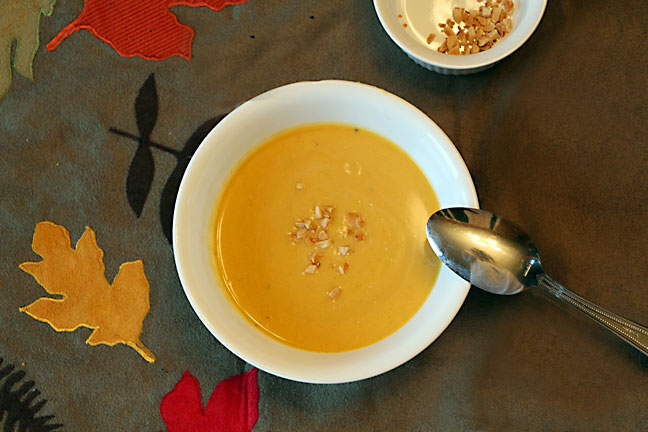 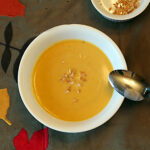 Note: To toast the almonds, spread them out on a baking sheet and bake in a 350-degree oven, stirring once or twice so they cook evenly, until golden brown, about 15 minutes. Or stir constantly in a frying pan on medium high until golden and fragrant. Adapted from Daisy Martinez 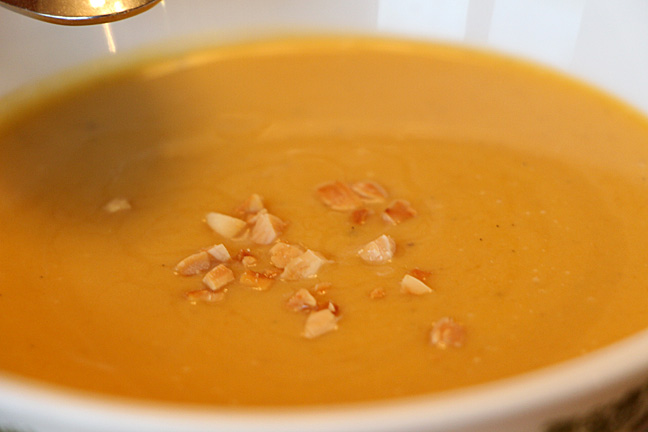 And now for the giveaway…

This is sponsored by me and open to mailing addresses in the US. To enter, leave a comment letting me know you are interested and what you are thankful for this holiday season. For an additional entry, subscribe to Art of Natural Living (see sidebar) and let me know you are a subscriber in another comment. For a 3rd entry, “like” Art of Natural Living on Facebook and leave a 3rd comment mentioning that. The winner will be picked randomly, contacted by email and have 48 hours to get back to me with an address or a new winner will be chosen. The contest ends December 1, 2013

And the winner is… Freeda!  The cookbook is on its way and thanks everyone.