I’ve seen the Farm to Table dinners on PBS and always been envious.  What fun to join a community of foodies in celebration of a local farm’s bounty!  When Rare Earth Farm, where I have been  a CSA subscriber for years, announced that they were co-hosting a Food to Table event, I was beyond excited.  The dinner was co-sponsored by Capital Brewery, a Madison area microbrewery and Motor Bar & Restaurant, located at the Harley Davidson museum (another local icon) where the event was held. 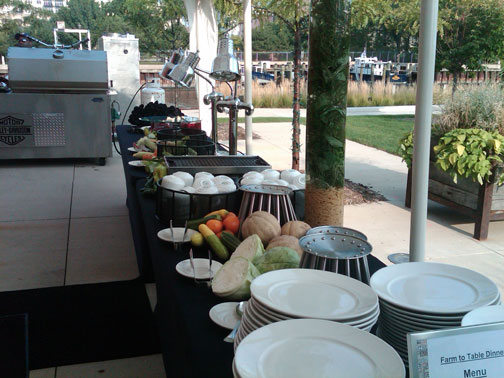 Motor Bar & Restaurant, an urban mix of steel and concrete set along a riverscape of grasses and century stone buildings, seemed at first an unusual venue for a Farm to Table event.  But when I thought about CSAs–which bring their fresh produce and rural sensibilities to city folks who might otherwise have less fresh food and no farm connection–I decided that these disparate elements could indeed blend perfectly. 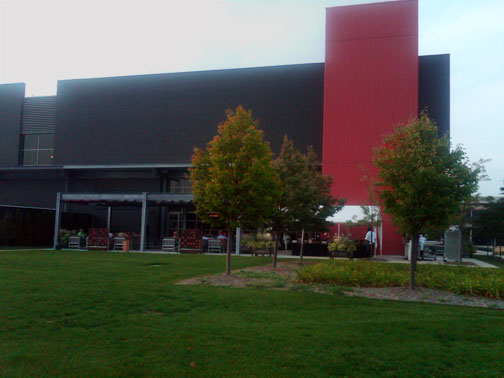 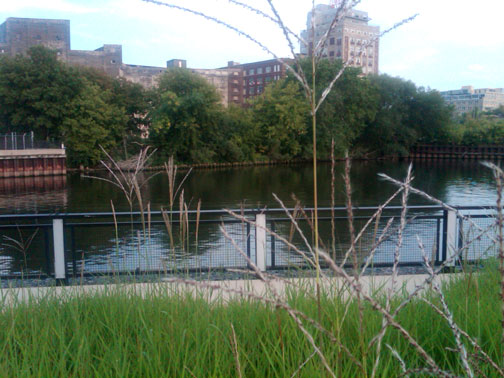 Motor Bar & Restaurant’s chef Kirk Wright is a veteran of Farm to Table dinners in two states and was obviously at ease as he chatted before the event.  He joked that it was far less stressful to do this in your own establishment rather than the more typical situation where you pack up everything, drive two hours, discover what you are missing and then need to ad lib! 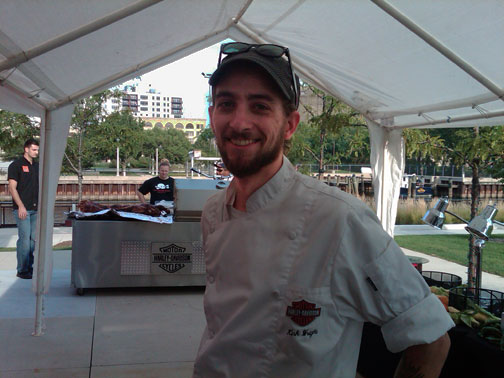 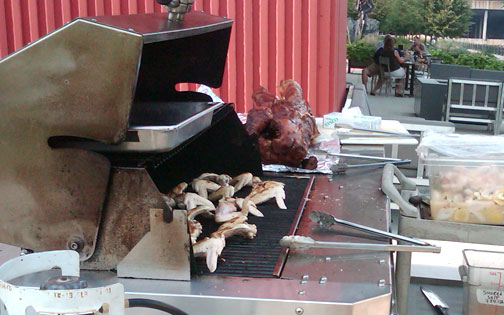 Roast Pig & Chicken on the Grill

There was no detectable adlibbing tonight and the buffet, with salads, roast vegetables, soup, breads, roast pork and chicken (with four different sauces) was delicious, fresh and beautifully presented.  Capital Brewery poured four beers for the evening, the light and easy Supper Club, classic Island Wheat, caramelly Oktoberfest, and the richly flavorful Dark Doppelbock.   Rare Earth’s produce was outstanding–right down to the table decorations! 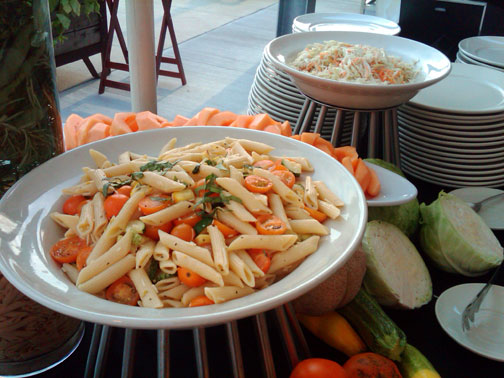 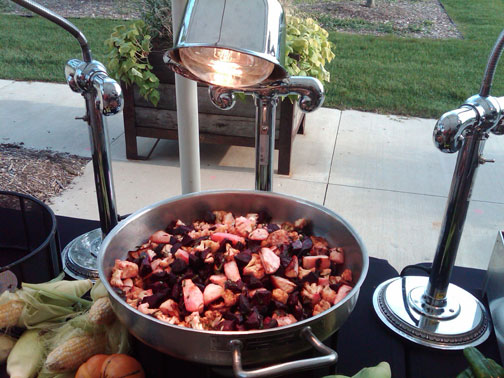 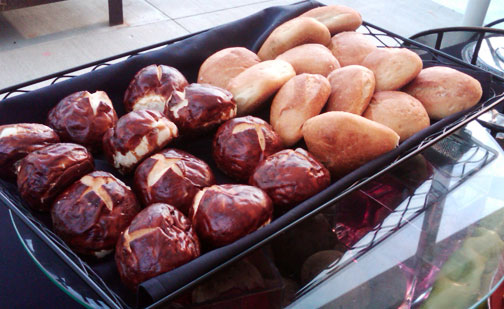 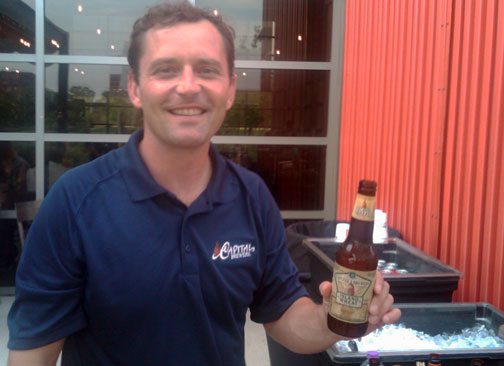 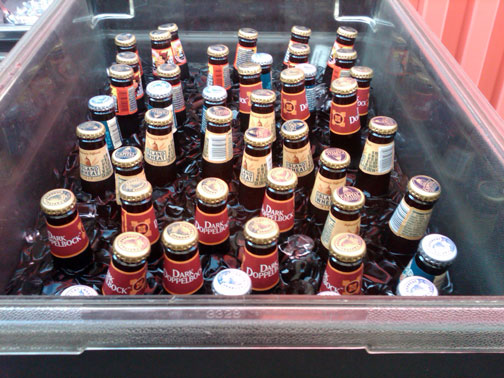 The Farm to Table Movement dates back to people like restauranteur Alice Waters who (per WIkipedia) express a “preference for the freshest ingredients and… attempt to educate their customers about the link between farmers, farm communities, ancient food-production practices, and the food we eat.”   Did you know that out of 30 common fruits and vegetables, 19 typically travel over 1000 miles to reach a Chicago consumer?  But even beyond benefits such as sustainability,  lower gas consumption, support for the local economy, and health benefits… well, the flavor and quality are just amazing! 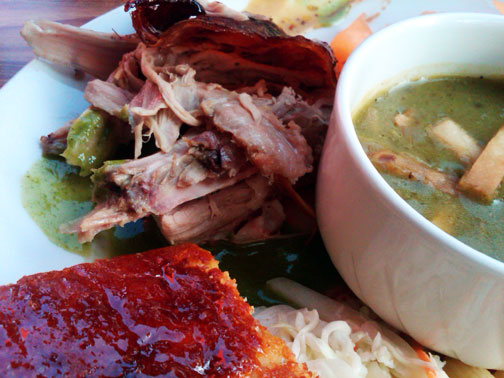 On the way out, we took a quick look at the restaurant which has moderately priced, family friendly menu.  With the kids’ ballet school nearby, it might even beckon a couple of parents to wait here, enjoying a mellow fall dinner on the patio!