Wild ramps (also know as wild leeks) are getting a lot of press lately.  That’s because every spring locavores hit the woods in search of the telltale broad flat leaves after a long barren winter. 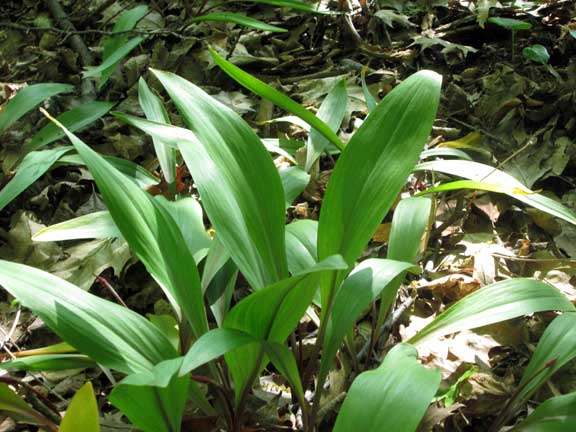 But foraging–as much fun as it can be–still intimidates me.  What if I harvested something poisonous?  Ramps do bear some resemblance to lily of the valley, which is toxic, and that had been enough to stop me cold.

Until I got a phone call from my sister.  A friend of hers had taught her how to identify them and she had found several patches–did I want to join her?

Ramps grow wild in the spring in woodland areas, often sharing habitat with Trilliums (which are also poisonous).   They have a garlicky – oniony taste and an aroma that will knock your socks off.  Pulled up outright or coaxed out with a dandelion digger, they reveal a distinctive scallion-like root.

My next dilemma was what to do with them.  Ramps can be used interchangeably with green onions and even their leaves are delicious (though the reddish stems may need to be discarded if older and tough).  Since I had extra roma tomatoes, my oldest suggested bruschetta.  Bruschetta with wild ramps… and perhaps some goat cheese?

Want to give this a try and don’t have any ramps?  A combination of minced garlic and green onions (including some of the green) should do a nice job of duplicating the sweet-spicy flavor.

2.  Add pinches of goat cheese and stir to combine until just mixed.  Some of the goat cheese may dissolve but some should remain in clumps.

3.  Slice french bread and brush with olive oil.  Broil (watching like a hawk since it may start slowly but can burn in a flash) until lightly toasted. 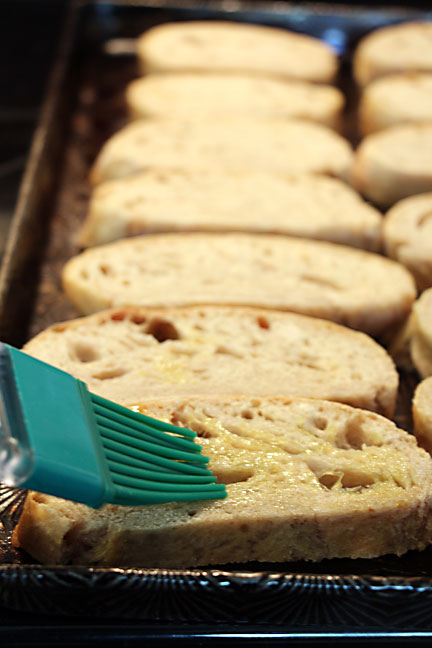 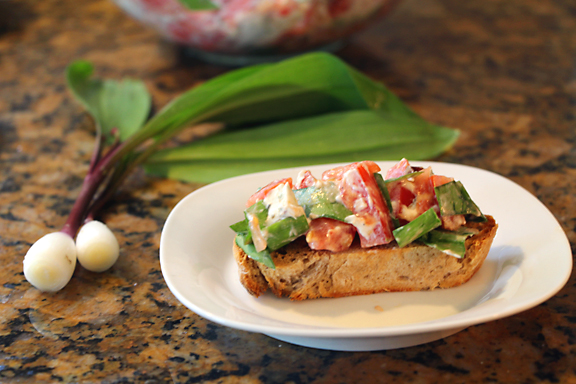 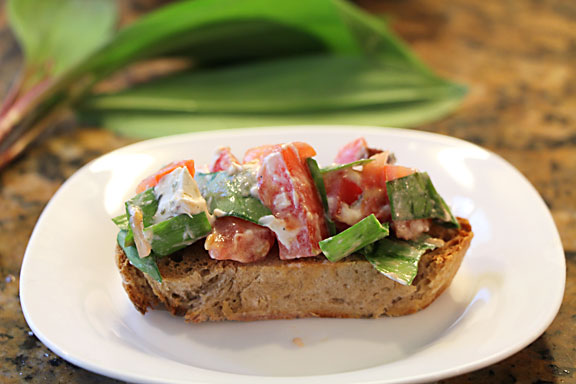