It’s hard not to love Chinese Food. From authentic dishes, to Americanized corner restaurant versions (Chinese comfort food?), it holds a fond place in many hearts. So I decided to try my hand at homemade Egg Foo Young. 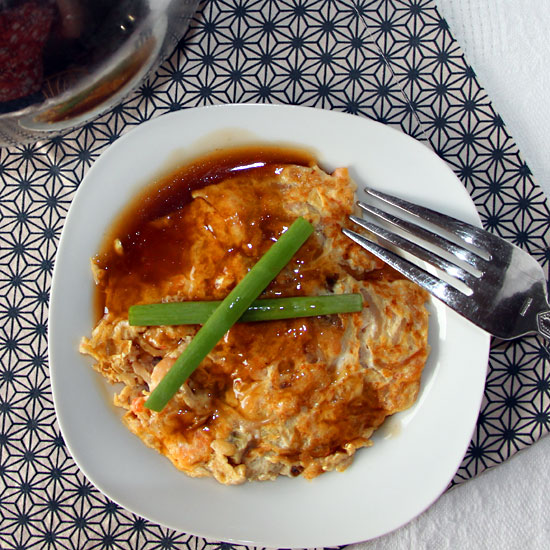 My oldest has special memories of dining out at a local Chinese Restaurant dating back to her early childhood. After an especially hard day at work–when I couldn’t face anything more complex than a menu–we’d all go out (including her grandmother who lived with us) and get the Family Dinner for Four. There would be a steady parade of soup, appetizers and then an array of main dishes—perfect for entertaining a wiggly four year old. If service was slow, there was an interesting menu to discuss, “I was born in the Year of the Monkey—when were you?” “You should have married a Tiger—Dad’s not a Tiger…” 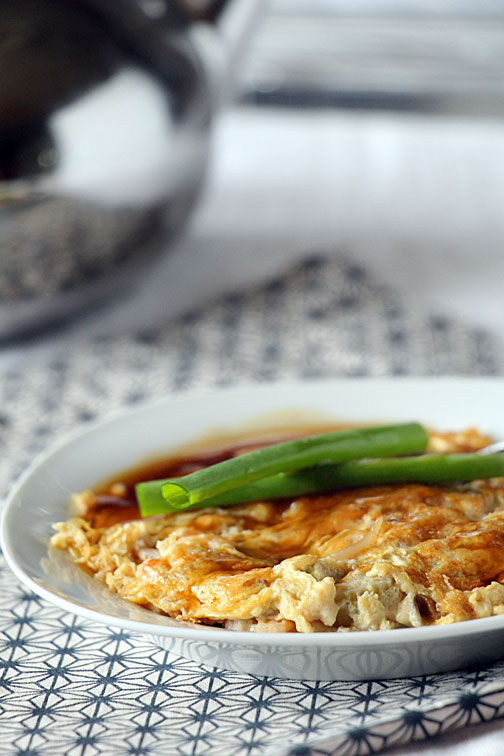 When the restaurant closed, the tradition ended, but not her fond feelings. Lately she’s started asking for Chinese food again. It was hard to argue with the impulse.

The request was especially hard to ignore since I have my own memories of home cooked Chinese; I used to snack on Egg Foo Young when I was in high school. Up late studying? Forget the pizza rolls, get out the Chinese vegetables.  How hard could re-creating this be?

The dish was modified from All Recipes.com based on my sketchy recollections and was as easy as I remembered.  I did decide to use canned vegetables rather than pulling together the fresh that they recommended which streamlined things a lot. The biggest change from what I did in high school was the frying method. Rather than heating up a pool of corn oil, I fried these using a non-stick cooking spray (Pam). Still good—and much healthier. 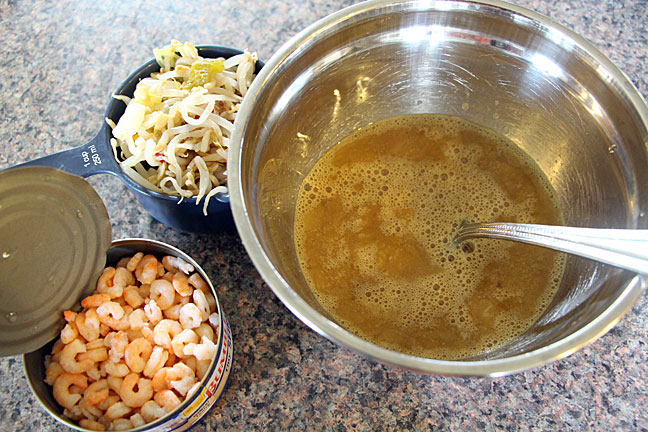 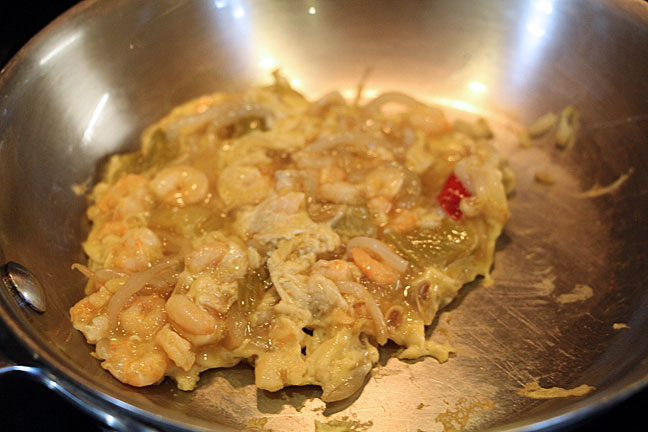 Despite the low calorie count everyone walked away stuffed. I warned that “They say Chinese food doesn’t stick with you” but everyone felt happily full until dinner. 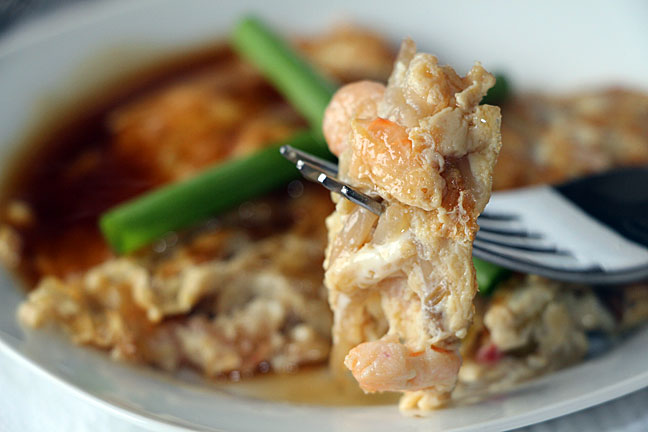 A bite of Egg Foo Young