I should have seen it coming.  When the film “Wisconsin Supper Clubs” was (repeatedly) broadcast on the local PBS station, it couldn’t be an isolated bit of nostalgia.  Last week, suspicions confirmed, I visited the newest Bartolotta restaurant, Joey Gerard’s Supper Club. 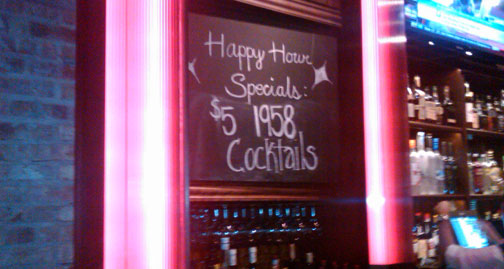 The Supper Club is a hard-to-define genre that began in the 1930s, grew widely popular, then faded as tastes moved more to fast food and lighter fine dining  Supper Clubs are difficult to characterize but bring up connotations of prime meats, classic cocktails, slow dining, and relish trays that include raw vegetables, cheese spread and breadsticks wrapped in plastic.  As a Chicago Tribune writer noted (echoing the Supreme Court), “I know it when I see it..”

You realize you’re getting older when your kids wouldn’t even recognize a major dining phenomenon from your youth.  In the end, however, the Gen Y-ers looked right at home among the black and white portraits, white tablecloths, and orange glass candles as they bellied up to the relish tray.  And when I consulted (early) 30-something blogger Karis from Karis’ Kitchen she could at least cite the relish trays, though she did link the experience to her grandparents.

The evening included a delicious steam of traditional appetizers including oysters Rockefeller and escargot.  When they came around with the raw beef, ground fresh in their own kitchens, my toes practically curled in delight.  Raw beef used to be everywhere prior to the e-coli days!  This “I only eat organic grass-fed beef” girl was first in line. 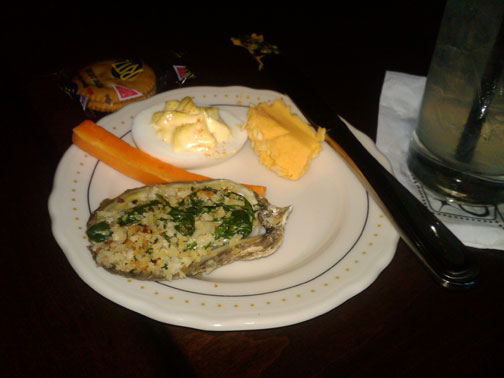 Next came a tour of the kitchen with its unusual Josper oven–charcoal fired and able to sear and cook a thick steak in eight minutes.  Perfect for a meat-centric menu! 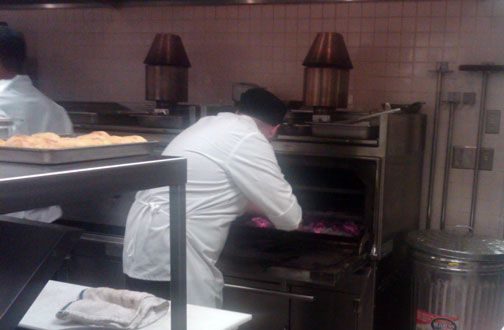 It concluded with a cooking demonstration.

“Has anyone had Steak Diane?”  asked chef John.  I raised my hand.

“We don’t do that either.” He grinned.

He did flame it for us in the kitchen, however, then passed out samples.  Eating more Steak Diane is now right at the top of my “to do” list! 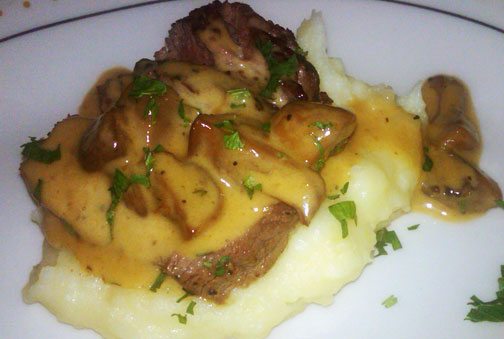 The 1950’s cocktail selection proved another attraction.  My parents always had a well-stocked liquor cabinet, but I serve primarily wine and beer, so I knew I had some catching up to do!  One Jack Rose, Tom Collins and Old Fashioned later, my husband and I were starting to understand what the cocktail phenomenon was all about!

To celebrate, I bought some Applejack (apple brandy) and tried making my own Jack Rose.  Anything apple-y is perfect for fall!

To  nostalgia and autumn! 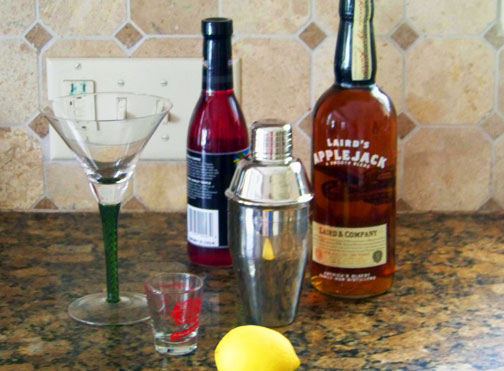 1.  Shake well with ice and strain into a cocktail glass, or serve over ice. 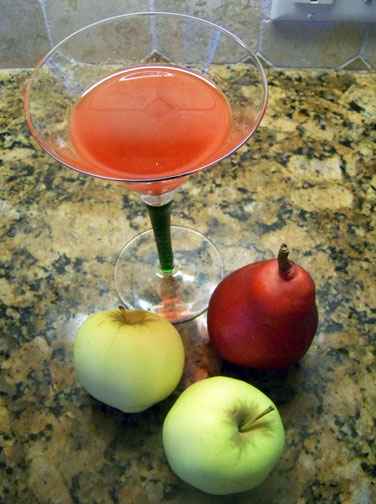 Do we really come to resemble our mothers as we age?  Well if this is what that means, I’ll take it!

Disclaimer: the (really good) appetizers were provided free of charge to bloggers (and non-bloggers).