Did you know that it’s World Elephant Day today?  Not exactly a Hallmark holiday, but I wanted to celebrate.  This is a “green” blog after all!  So I baked elephant cookies–elephant shaped thin spice cookies, based on Swedish Pepparkakor! 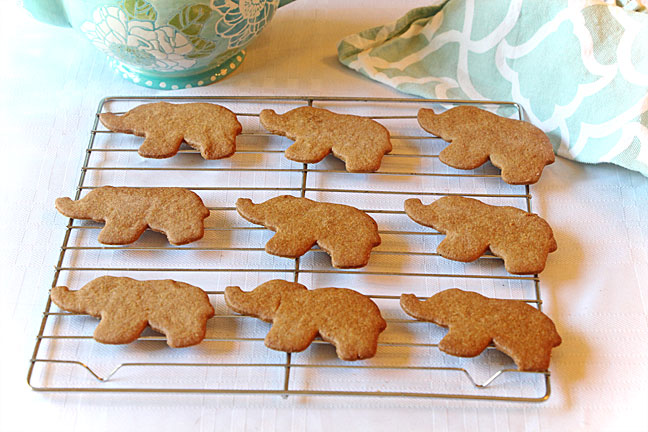 Elephants are fascinating creatures. Did you know that…

It’s sad to think that such amazing animals are threatened by things like human encroachment and climate change.  Yet this is also a creature to celebrate! 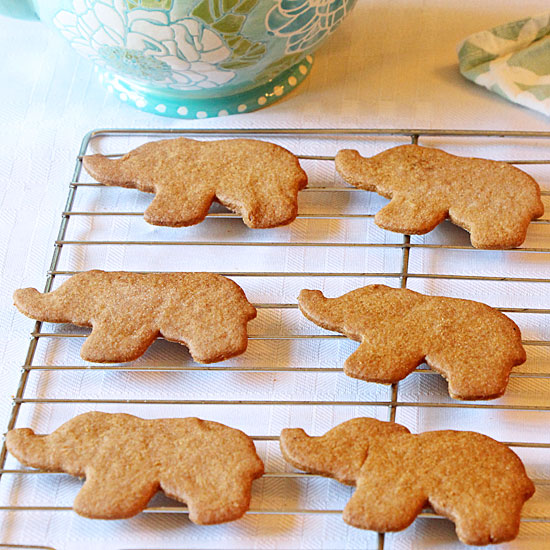 Swedish Pepparkakor, more well known as Anna’s Spice Thins, and are traditional in Sweden, especially around the holidays.  “Anna” makes them in small flower shapes, but you have to shake up tradition occasionally! Thin, crispy and flavored with cinnamon, ginger and cloves, they are tasty and relatively low in calories. 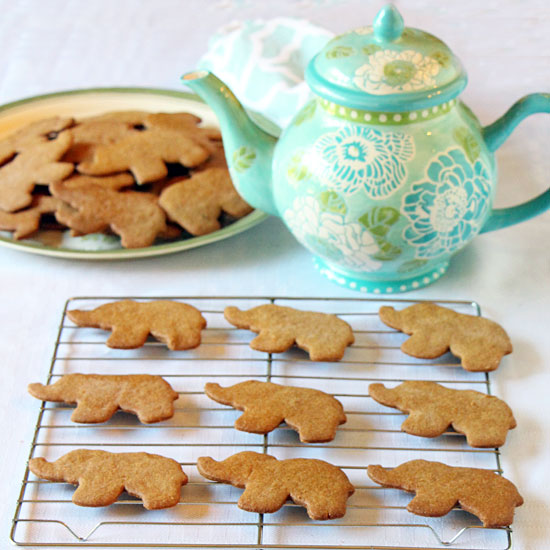 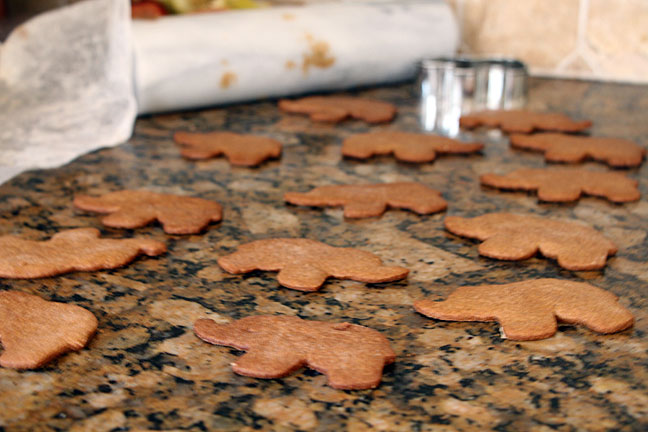 The cookies went together easily but were a challenge to roll out, even after chilling.  I ended up rolling them out to medium/thin on wax paper (with lots of flour to prevent sticking), then transferring them to the freezer for about five minutes.  I then flipped them over onto a second sheet of wax paper, re-floured and rolled them out to about 1/8 inch thick and cut them.  Once I had that technique down, they were easy—no problems with sticking or breakage. 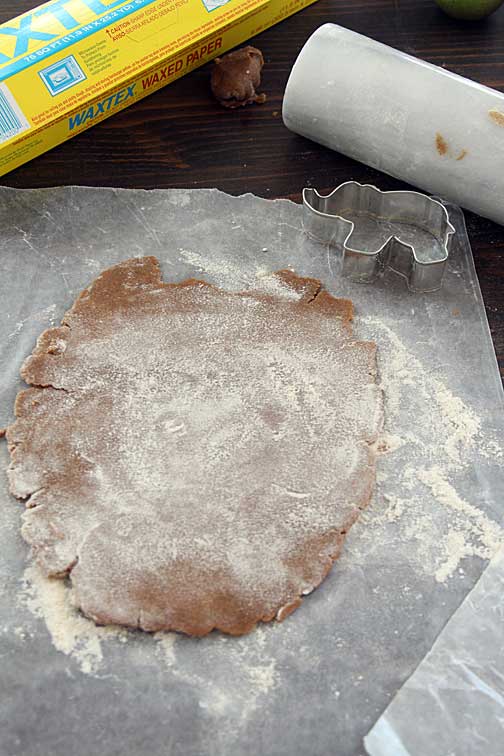 Heavily flour as you roll

And finally (I can’t resist), how do you (figuratively) eat a whole elephant?  In this case a handful at a time!