If you have a shade garden, it probably contains a hosta or two.  These cooperative perennials grow quickly, thrive in a wide range of climate zones and require little attention–other than taming an occasional slug invasion (cheap beer) or watering during a severe dry spell.  Then after a number of years of neglect, you can divide hostas, to reshape an overgrown clump and get more plants for free. 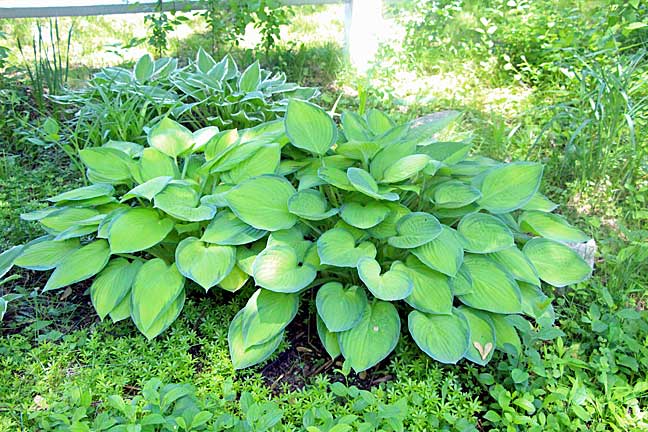 A large clump of hostas

Ever wonder if hostas need to be divided to stay healthy or if it’s mainly for garden aesthetics or new plants?  Most sources say that they rarely require division; typically growth just slows rather than creating problem like the hollow centers you can find in some neglected perennials.   I can personally attest that I have left some clumps untouched for over a decade and they still look good.

On the other hand, your hostas may be overtaking your geranium plants or you may really want to add some to other spots in your garden.  In that case, get ready to divide! 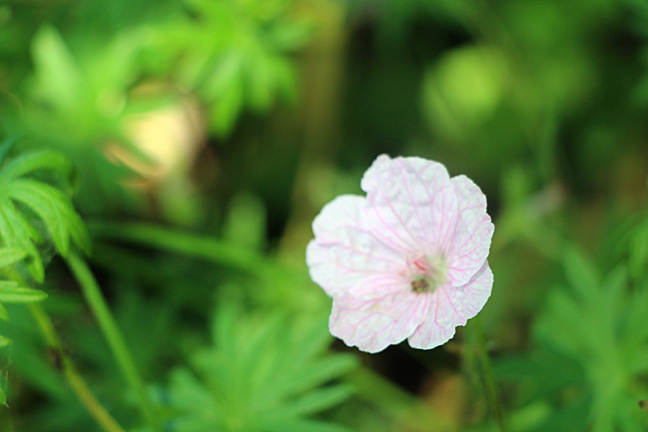 Geraniums need their space too

Spring and early fall are considered the best times to divides hostas because the climate is wetter, therefore kinder to fragile transplants.  But if you are willing to diligently water your transplants or live where it is damp (e.g. early summer in Wisconsin), it is perfectly fine to divide them in summer.  If you have had a recent dry spell, water the day before dividing so you can get the plant up with a nice clump of soil. 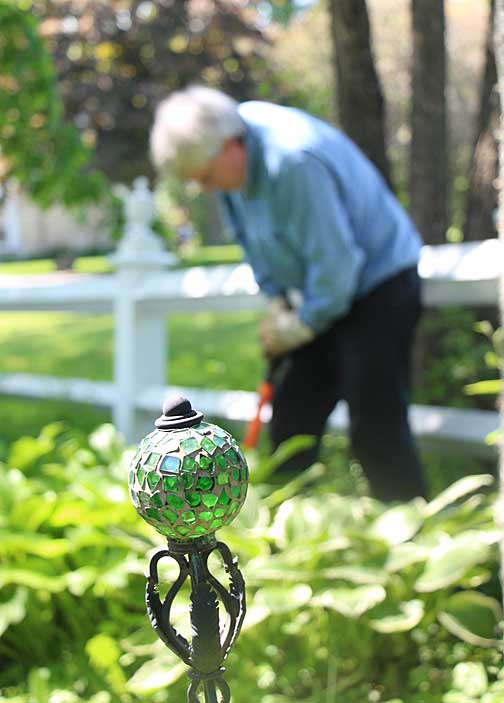 Getting ready to divide hostas 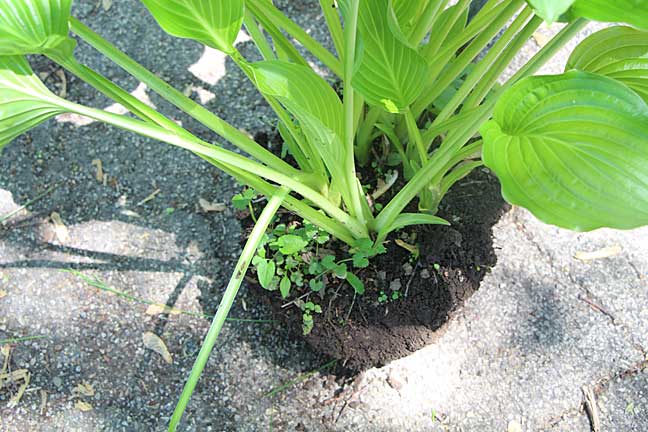 Can you see a natural place to divide this clump?

It is easy to divide hostas!  If you have a modest sized clump, you may want to start by digging out the whole clump.  Dig the soil all around the clump down to a depth of at least eight inches and lift out the clump.  Set it on a surface you can cut on like a driveway or a tarp.  At this point some division purists will cut through the crown at a point between stems, then tease apart the roots below.  As casual weekend gardeners my husband and I are much more likely to insert a flat spade between some natural division and just cut down.  In that case, try to get 2-3 stems per division so that it you have done some root damage you are likely to have at least one healthy section left. 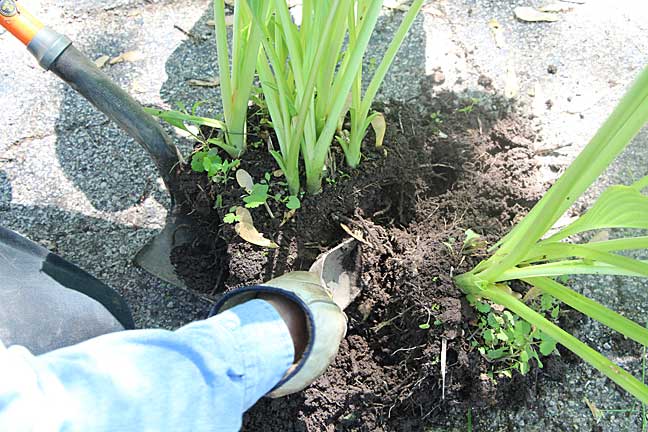 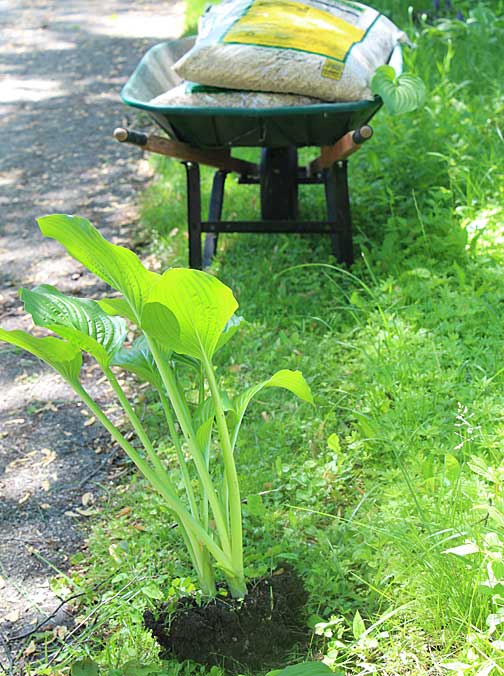 Replant the sections at the same depth as before, than pat down the surrounding soil.

A very large hosta may be too big to remove as a full clump which leads to a different approach.  In this case, you can remove a section of the clump while leaving the remainder in its original spot.  Small sections can be transplanted whole or a larger piece can be further divided.  To minimize the visual impact of “scalping” my plant, I try to remove from the back, but the plant usually fills in quickly in any case.  Look for a natural division between stems as you decide where to sink in your spade. Like for whole clump divisions, replant at the same depth, then pat down the soil. 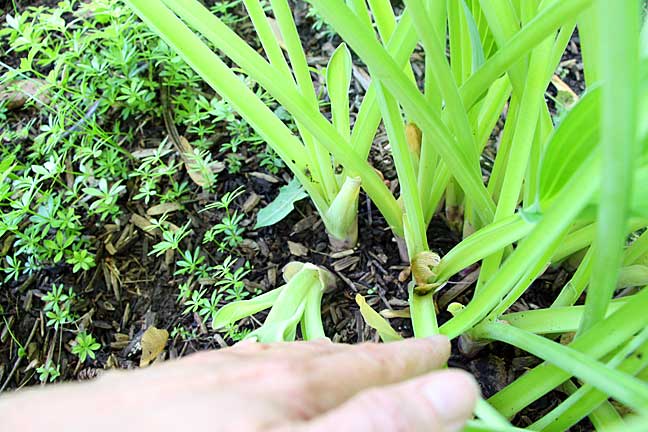 In a large clump, look for natural breaks

Need to cut back your hostas and have no place for the extras?  One of my favorite gardening memories was finding  a curbside full of discarded divisions laid out for passersby– just like Christmas in June!  If Freecycle is active in your area, consider offering them up for adoption through that.  You may just make another gardener’s day!

BTW, if any of you remember the time I grew hostas from seed, here are a couple of my “babies” in their 2nd year in the garden.  Let me tell you, dividing them is a lot easier (but I’m still a proud “mom”)!

Hosta babies growing up (yes I need to mulch)

14 thoughts on “How to Divide Hostas (for the Weekend Gardener)”