I can’t shake the image.  I am in a western saloon with wooden swinging doors, a long rustic bar and men in suspenders with open vests.  One of the men grabs another by the lapel, shoves him roughly and mutters “plum drunken fool.” 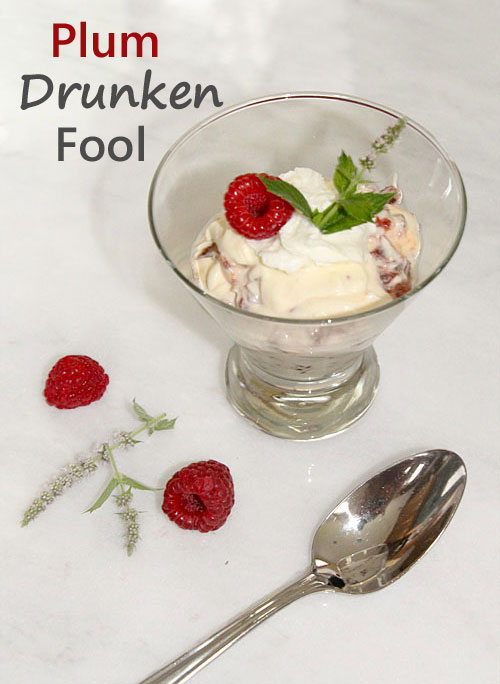 But my plum drunken fool is something completely different.  A mixture of plums, bathed in spices and brandy, then folded into sweetened whipped cream, it is seductive rather than in your face boozy.   Almost elegant…

If you don’t care for brandy (or are serving this to minors), this would also be nice with just fruit, sans brandy, which is more traditional anyway. 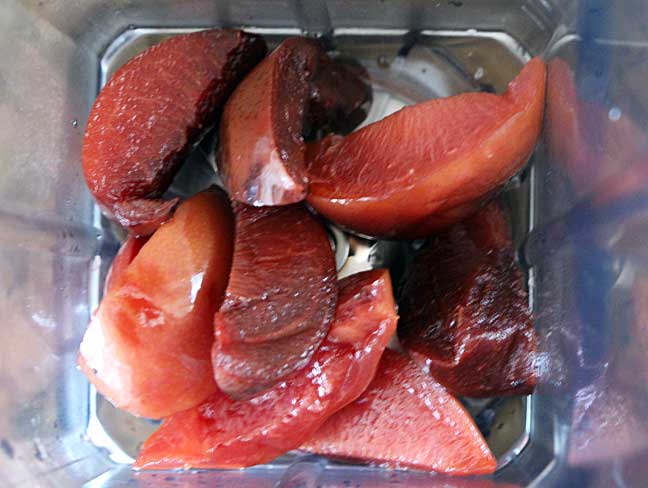 First you puree the plums 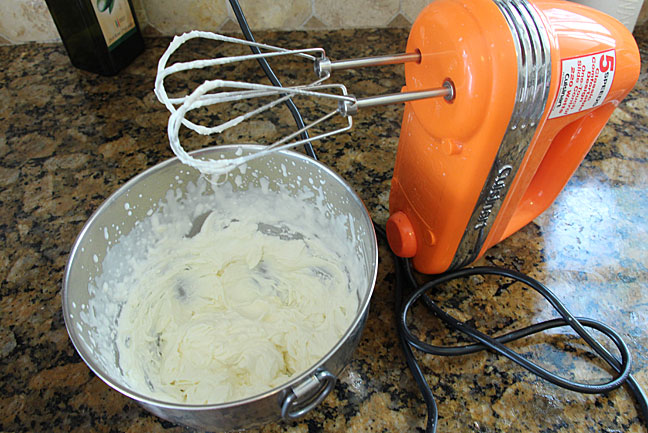 Then whip the cream and combine

According to Wikipedia, a fruit fool is a historic dessert of crushed fruit and sweetened whipped cream, which dates back to the 15th century.  Originally made with gooseberries (another bush for my wish list), the name may come from the french word fouler to crush or press.  The drunken part was my idea after I began tossing aging fruit in brandy last fall  in an attempt to save both fruit and sanity (recipe here). 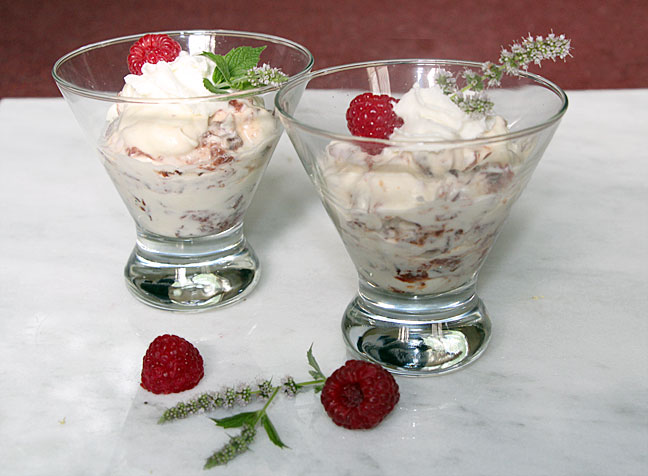 A fool for a friend…

This is a super easy dessert with a sophisticated flavor that belies its simplicity.  As an added bonus, it should work with thawed, previously frozen fruit. 24 thoughts on “Plum Drunken Fool (or Sober if You Prefer)”