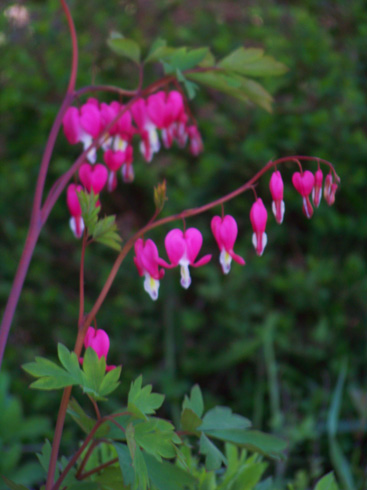 My first clear memory of my grandparents dates back to the age of 7.  I can still hear my mother delivering the news that we would be moving to a new town.  I took this in stride but there were two things I wanted to know— would we be closer to my favorite vacation spot (yes) and would we be closer to Grandma and Grandpa (no).

My grandparents raised their family in Wisconsin, but spent summers in their native Iowa where, as a teacher, Grandpa could move for the off season.  By the time I was old enough to remember, they were back there permanently and we made an annual pilgrimage to visit.

I loved these expeditions, carried to the car curled up and sleepy with the damp dark of early morning all around me.  Six hours later the sun had risen and we arrived at a house filled with magic—violets that sprang up in the lawn, black walnuts secreted away, and fireflies held jarred and captive to illuminate the loaned bedroom where we slept.  Best of all were the bleeding hearts, which my grandmother would pull apart to reveal their secret treasures.

I was lucky enough not to lose a grandparent until my 20’s—or in some ways unlucky since the poignancy was stronger and more personal.  I remember feeling that a thousand wonders had suddenly vanished, like the burning of a family homestead. 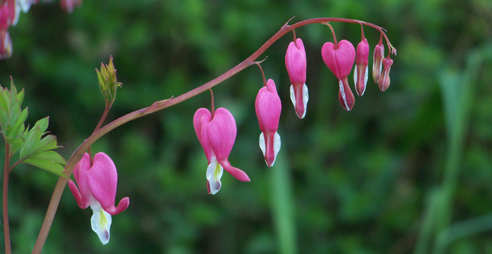 One of my favorite contemporary quotes is the Queen Elizabeth II’s 9/11 consolation that “grief is the price we pay for love.”  My grandparents have been gone a long time now and recently my father passed on.  And so I share to preserve.  The heart does bleed, but we hope Cinderella lives on.

21 thoughts on “Finding Cinderella in a Bleeding Heart”