I just made three flavors of Homemade Ice Cream Sandwiches–mmmm!  My husband and kids think this was the best recipe experiment ever! They were supposed to be ice cream bars but, well….  I’ll explain that later. 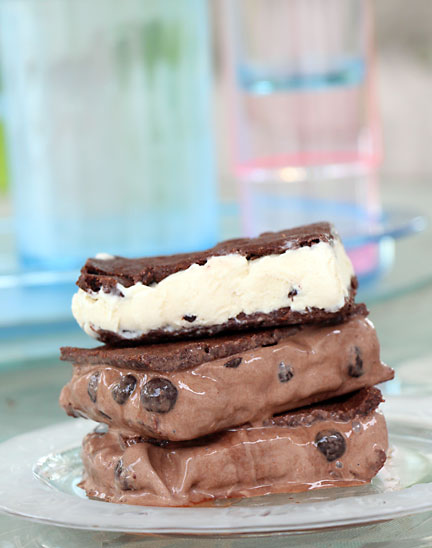 I should have learned my lesson two years ago in an earlier iteration of the Picnic Game (at Louise’s Months of Edible Celebrations blog).  That year, I had a brand new recipe to make for my letter, “L”.  How dangerous could a new recipe be?  I failed, failed again, then made something completely different–and far less exciting.

This year I decided to try making homemade ice cream bars and didn’t think twice.  Then I got a strange sense of déjà vu, as in… how many different ways can chocolate fall off ice cream?  The answer was three, then I gave up.

Now we all know that the classic definition of insanity is doing the same thing over and over and expecting a different result.  But I think failing three times in different ways, then trying a fourth might be pretty close. 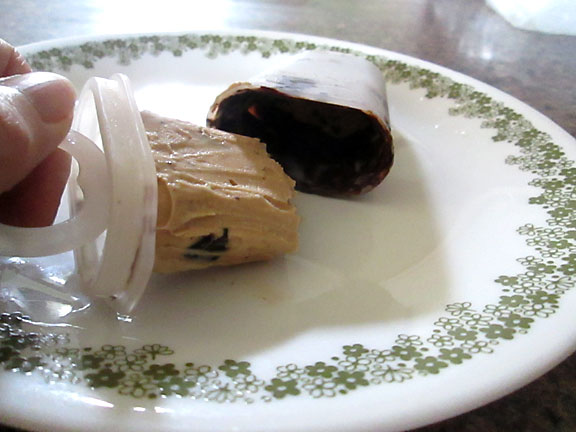 So I switched to ice cream sandwiches.  One way or another I was going to get my ice cream!  The first cookies were so hard that all the ice cream squished out when we bit in. But I persisted… 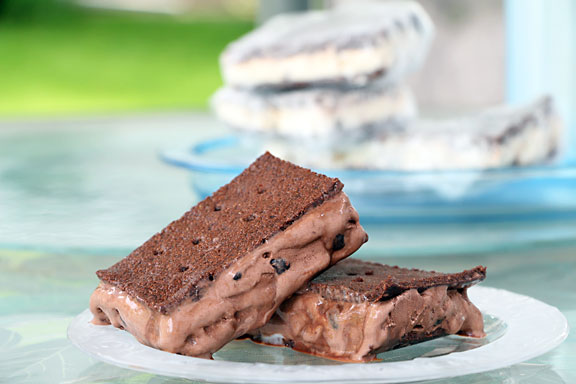 And what’s more fun than an ice cream sandwich filled with your favorite premium flavor?  Chocolate chip cookie dough, chocolate peppermint chunk, brownie fudge… Ben and Jerry’s was even on sale–must be fate!  Of course if you want to make this healthier, you could always make these with frozen yogurt.  But, hey, the picnic game only comes once a year!  Hmmm, do you think I’ll need dry ice??? 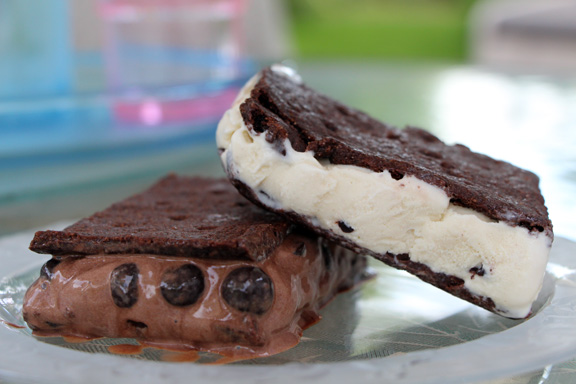 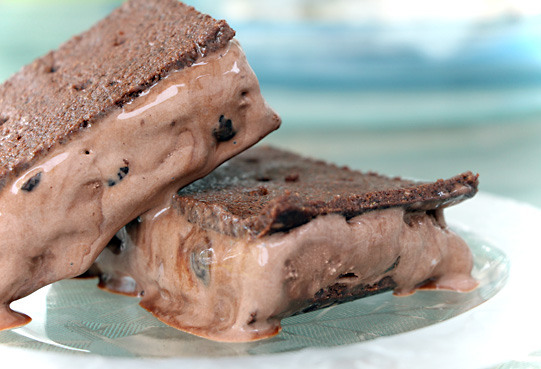 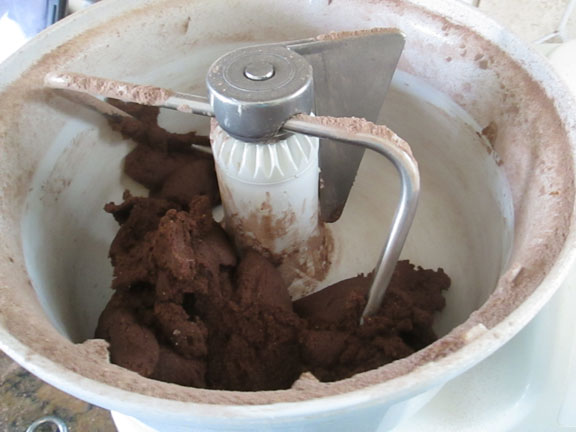 2.  Divide into two balls and chill for a half hour.

3.  Roll out first piece on parchment paper to fit in an 8 x 8 baking pan (mine was actually slightly smaller).   Set the dough topped parchment paper into the baking pan with two ends extending out (which will be used to pull out the final ice cream sandwiches) 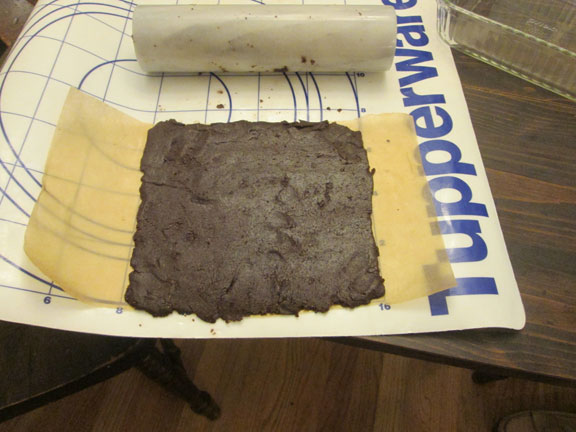 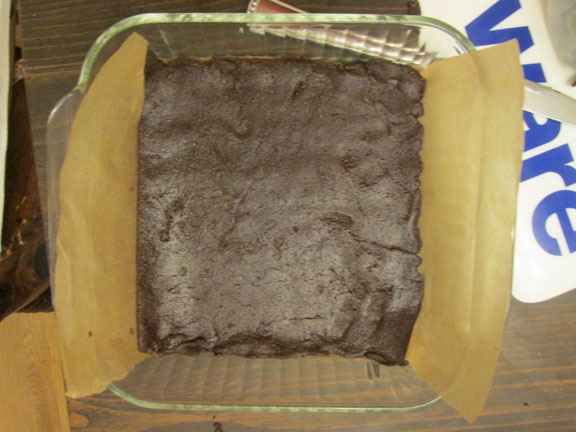 4. Roll out the second piece on to parchment and score into six “sandwich-sized” pieces.  Using a baking thermometer, poke with evenly spaced holes.  Place on a second baking sheet to bake. 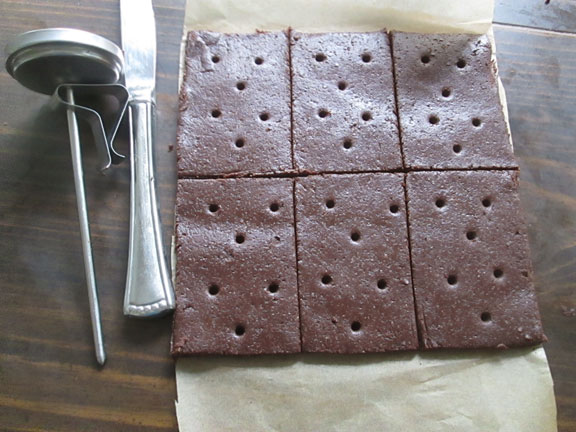 5.  Bake both layers at 325 degrees for about 10 minutes until done but still soft.  Cool slightly, then freeze both layers for at least an hour.  In the meantime, soften the pints of ice cream in the refrigerator.

6.  Remove top and bottom sandwich layers from freezer.  Leave the the bottom (un-scored) cookie layer in the pan and top with softened ice cream.  Set the top (scored) layer on top of the ice cream.  (Don’t worry if the top breaks along the score lines since you’ll be cutting it apart later.)  Cover and place back in the freezer overnight. 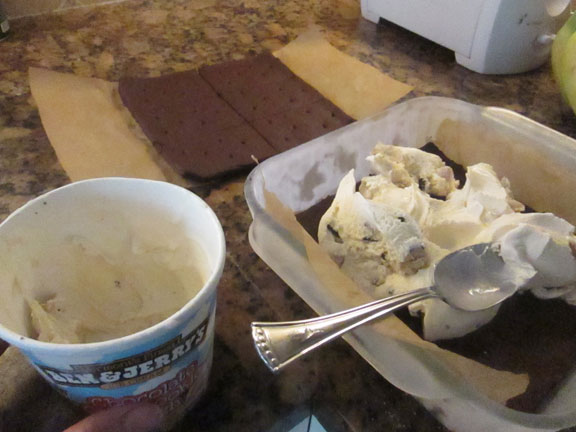 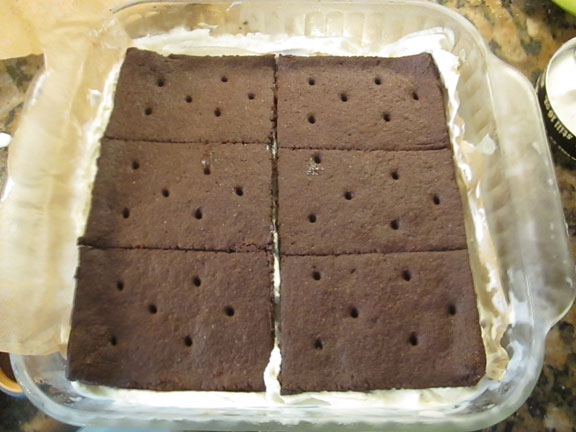 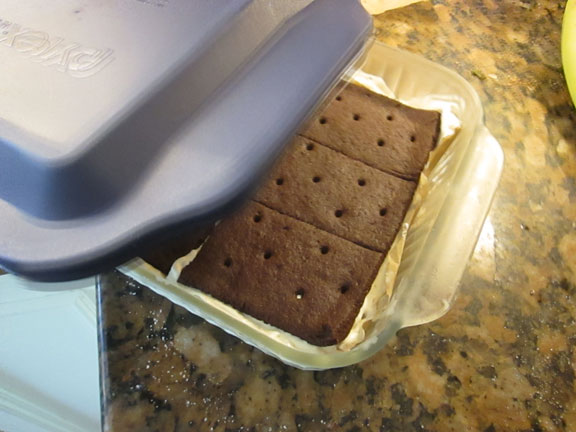 Cover and place in freezer

7. The next day or when ice cream is very hard, run knife along the sides of pan without the parchment to loosen.  Remove sandwiches from the pan by pulling up on the parchment.  Cut sandwiches apart and wrap each one separately. 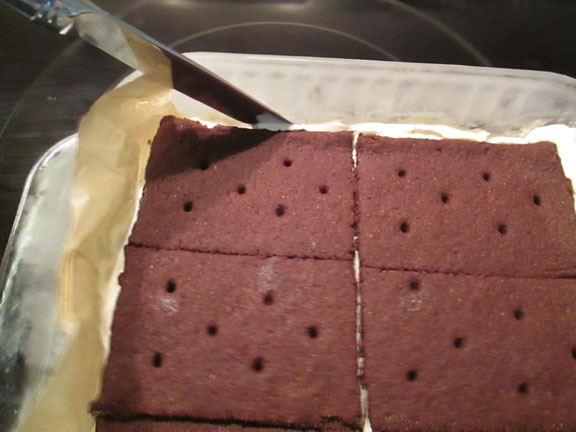 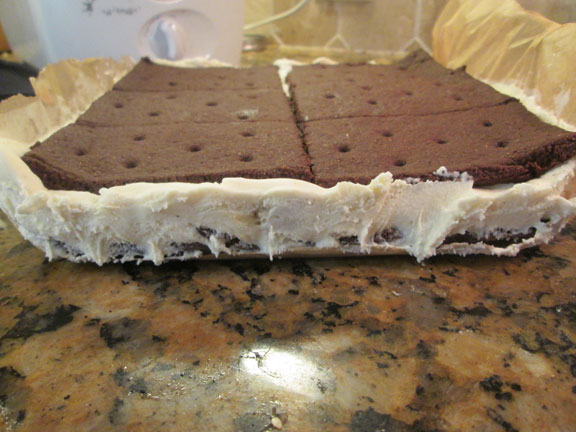 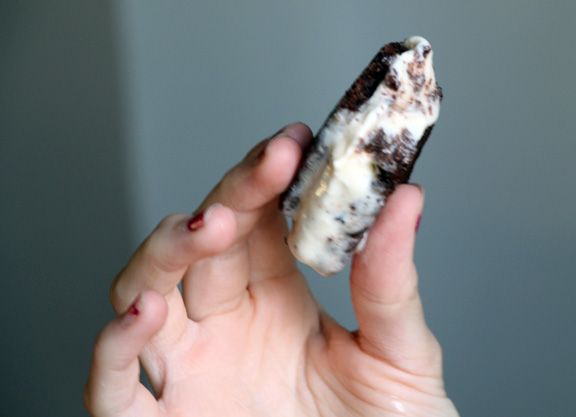