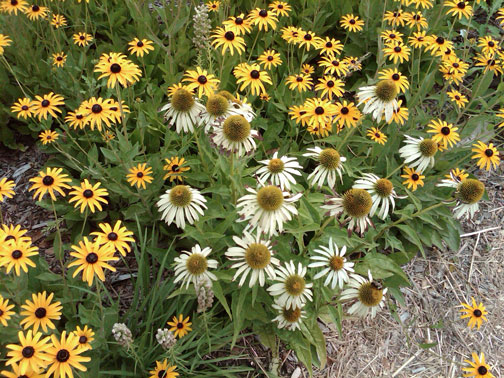 While every garden is different every gardener has one thing in common: the need to water plants. That means this part of their nourishment is either coming directly from nature or out of the tap connected to our homes.

When it’s the former we’re home free, however, when it’s the latter, two things are going on. The first is that everyone’s water bill is slowly going up. The second and more important occurrence is that on an environmental level a lot of precious drinking water is being used in the yard when some of it could be saved and alternative sources found. Where are these alternative sources? Right under our noses.

In the same homes where hoses spray gallons in the garden each year, water is used for many other things such as cooking, bathing, and drinking and on most occasions there are leftovers which are spilled down the drain.  These may be suitable for watering your ornamental gardens and some may even be suitable for vegetable plantings which require cleaner water.

The key here is catching ourselves whenever possible before pouring it in the sink and trying to repurpose it for use in the garden.

These are just a few of the many ways water can be collected from around the house and used to feed the garden. Some may seem trivial such as a few drops from an air-conditioner. However, the truth is depending on the size of plants and their needs one cup of water can go a long way.

Jakob Barry is a home improvement journalist for Networx.com. He also blogs for pros across the U.S. like remodelers in Columbus, OH and fence contractors in Torrance, CA.