I just got a deal on some red peppers!  Organic for under $1 each. While I like to “eat local” if I can, I sure won’t pass up an opportunity like this.  Time for Quinoa Stuffed Peppers! 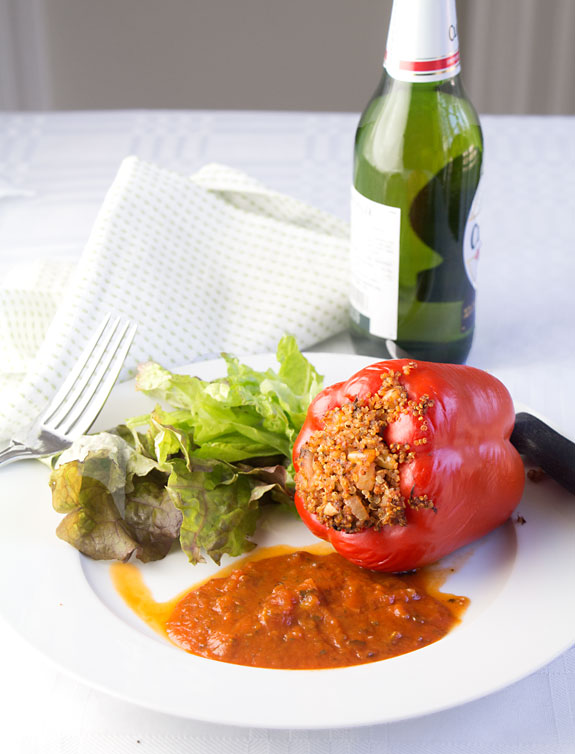 I used to make meat filled peppers until a lucky “accident”.  One day while making my usual recipe, I had some prepared quinoa left over from another meal.   I love clearing out my refrigerator, so I swapped out my usual rice for quinoa.  As I mixed the ingredients– before adding the meat–I started nibbling.  Hmmm, did I even need the meat?

And ever since, my (Quinoa) Stuffed Peppers have been meatless. 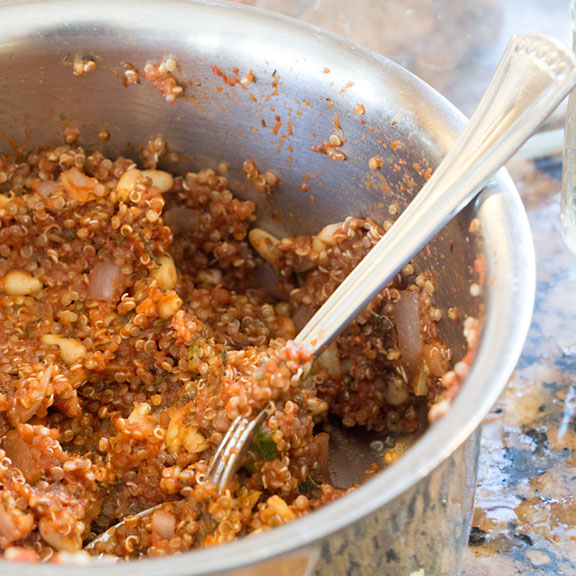 Quinoa is a trendy food that isn’t new at all—it’s been around for over 3000 years.  Although it can be used similarly to rice, it isn’t a grain, it is actually a seed!  According to Wikipedia, quinoa is a good gluten-free source of dietary fiber, phosphorous, magnesium and iron, and contains some calcium.  One of its most interesting traits is the fact that it is actually a complete protein. 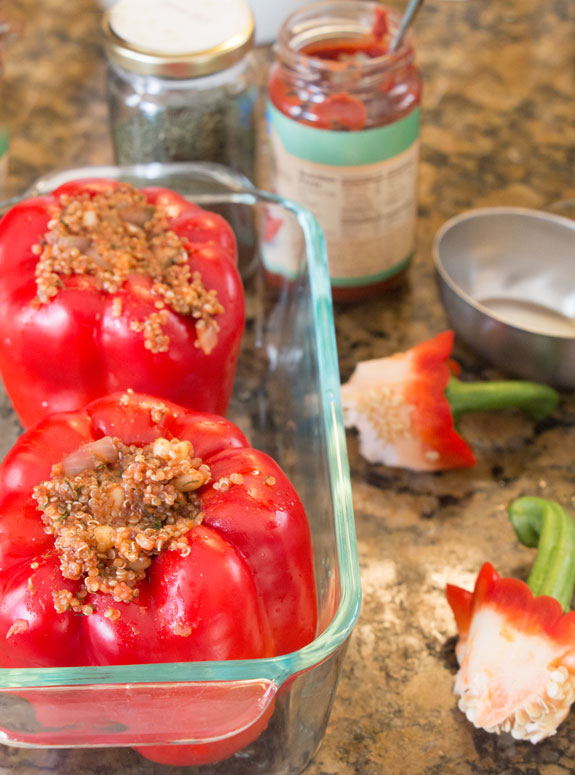 Now one of the challenges in vegetarian cooking can be getting enough protein because most grains and vegetables do not contain the full complement of amino acids needed to make a complete protein.  That is why you see beans served with rice, or peanut butter with bread.  Quinoa is a delightful exception to this! 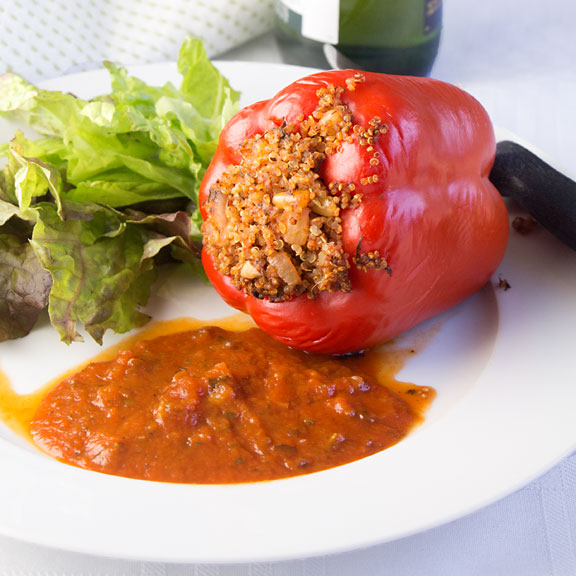 Even though completing the protein wasn’t an issue, I decided to add some pine nuts as a flavor boost–feel free to omit or substitute a less expensive nut if you are watching your budget. 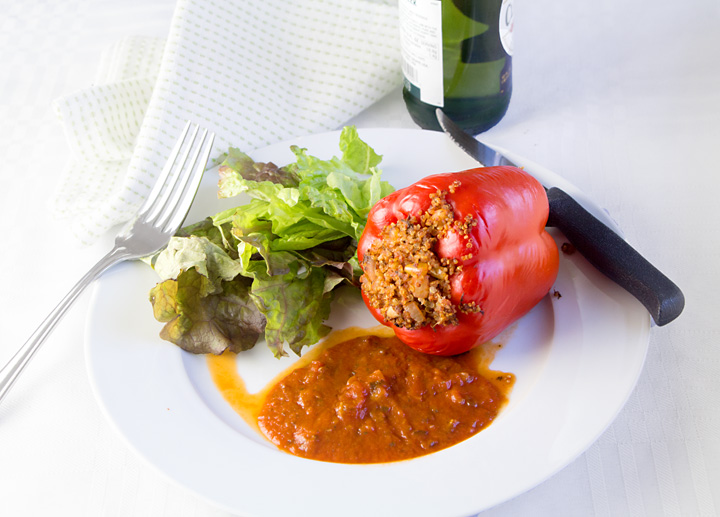 The first time I made Quinoa Stuffed Peppers, it was on a hot summer day.  I put a roaster out on the patio to cook them and the kids looked at me like I was crazy.  In the end, however, everyone came around, and the dish scored four thumbs up!