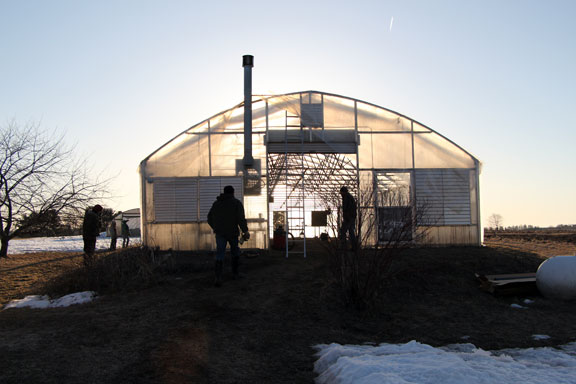 The greenhouse raising began before dawn.  At this early hour, spring’s soft ground is still hard-frozen, and volunteers can both help, and make it to their day jobs.

The beauty of the hour was mere luck.

Preparations had begun long before of course–everything from standard project management (buy materials, recruit volunteers) to little details (chip away reluctant spring’s ice from the north side of the greenhouse).  Though this would be a smaller effort than building a greenhouse from scratch (we were re-covering an existing greenhouse whose roof had been torn apart over the winter), I was excited to watch a community of people come together to make something special a reality.  The location was Rare Earth Farm, a CSA, whose bountiful harvests help sustain local families in Southeastern Wisconsin (including mine!).

The process of re-covering a greenhouse is relatively straightforward, albeit a bit exacting and athletic (have you exercised your throwing arm lately?).  Ropes are tied to a giant sheet of plastic, then tossed over the greenhouse frame.  When the ropes reach the other side, they are pulled down to draw the plastic up over the roof, then the plastic is secured in place.

All of this benefits from a cadre of helpers–just like a barn raising of old.  Close to two dozen fellow farmers, family and friends were there to help.  Sound interesting?  Take a look at the pictures below! 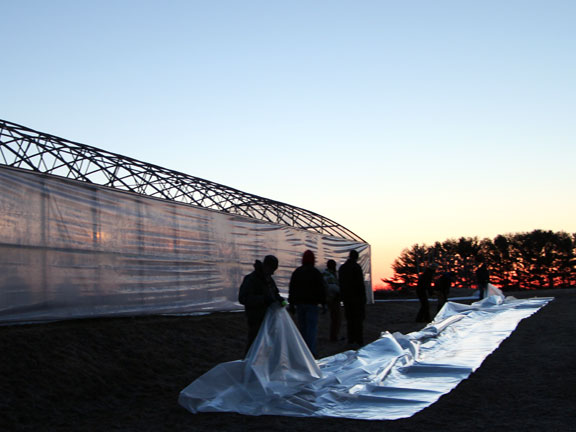 By the time I arrived, many of the volunteers were already gathered and a large sheet of plastic had been unfurled. 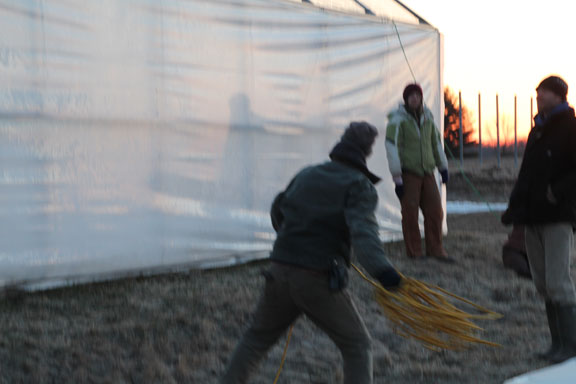 Tossing the guide ropes over the frame

Four ropes were tied along the length of the plastic.  Each rope was coiled up, then tossed (vigorously) over the frame. 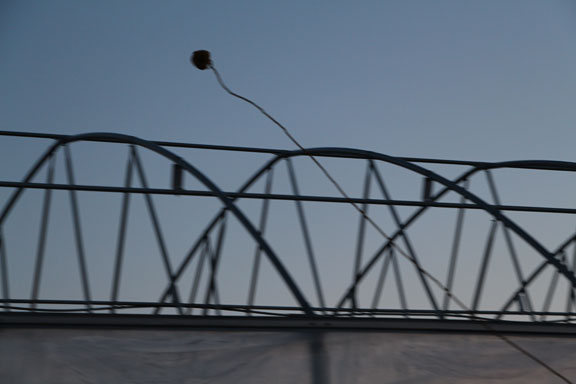 Aim and power are important! 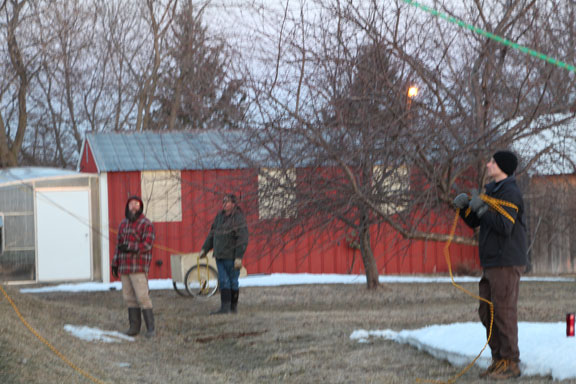 On the far side volunteers wait to pull the plastic over the top. 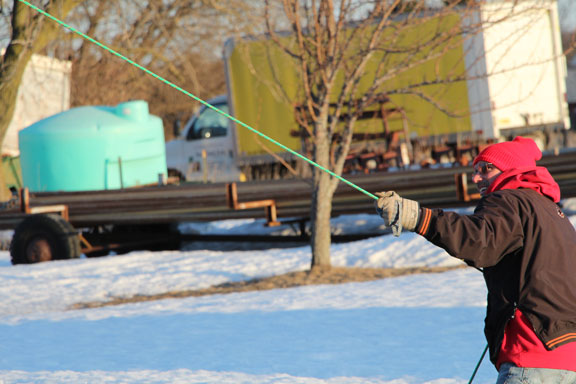 Pulling the plastic over the top

I didn’t try it, but it looks like real work! 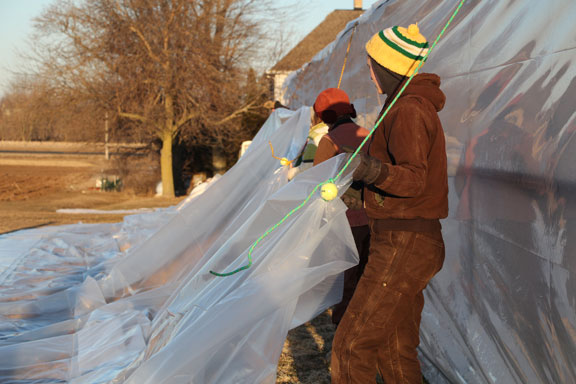 Guiding the plastic over the roof

The crew on the first side “feeds” the plastic up along the frame. 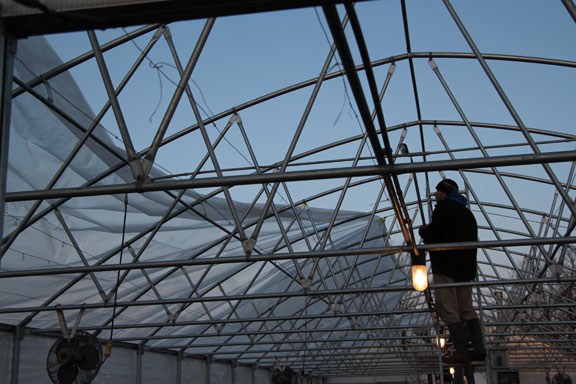 Inside, the whole process is monitored… 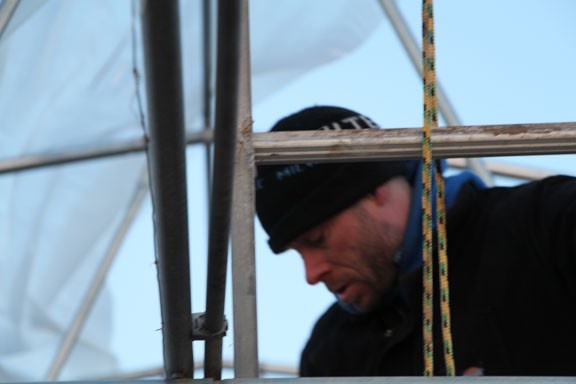 and more work on the inside… 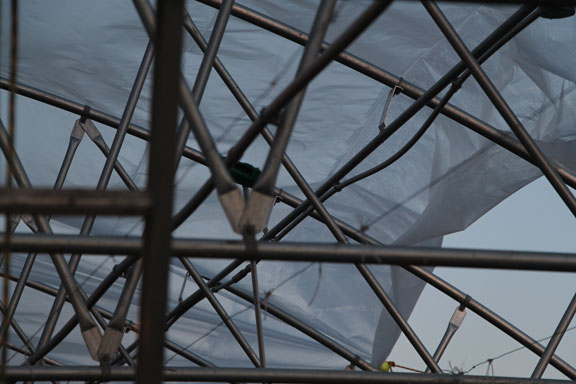 …as the plastic stretches out over the roof.

When the plastic fully covers the greenhouse, the alignment is adjusted… 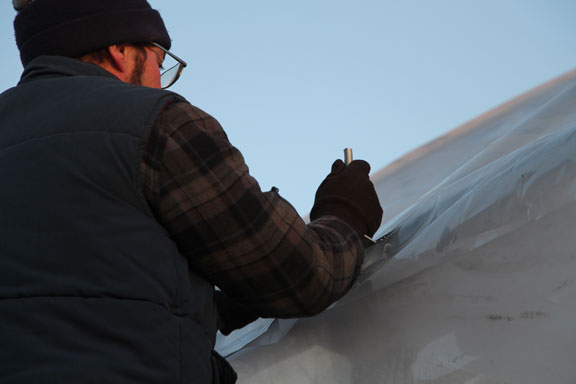 … and the plastic is secured. 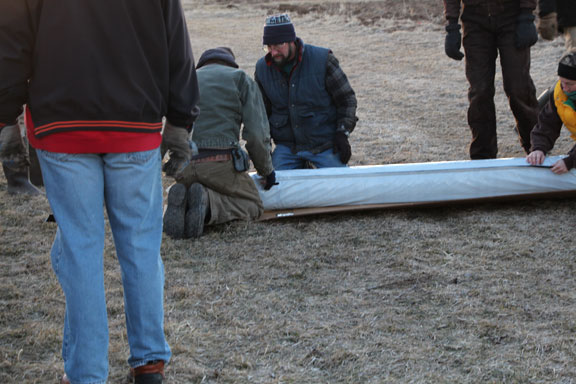 It all begins over again with a second layer of plastic. 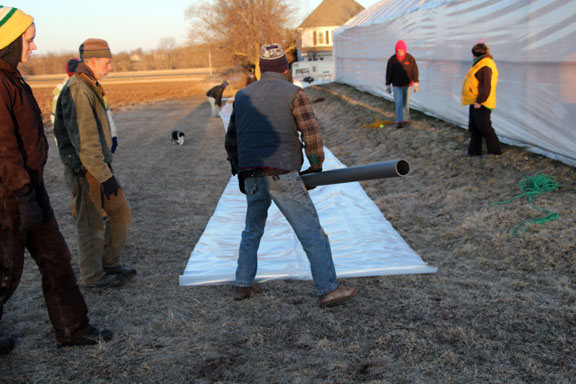 Even the farm cat has come to help 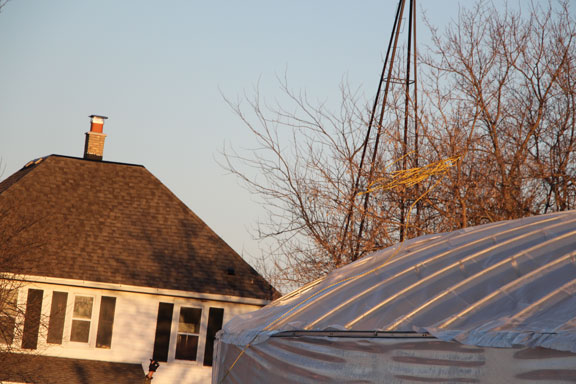 Tossing is a bit different after the first layer is in place since a “miss” may slide back down the original side of the slippery plastic instead of falling through the open trusses. 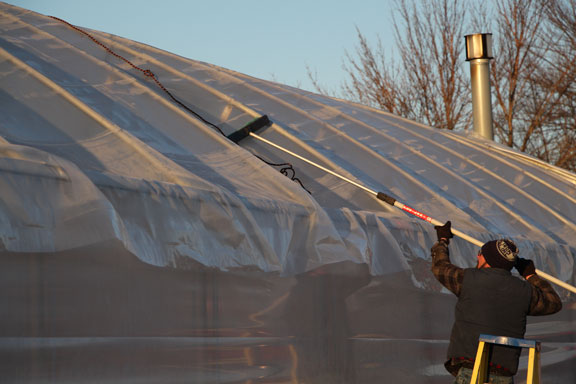 A partly successful toss may be drawn down from the far side. 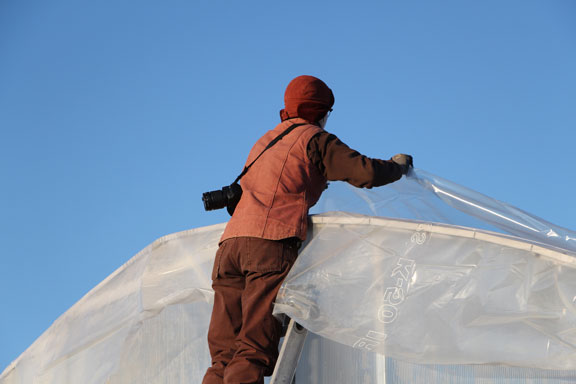 Straightening and aligning is again performed. 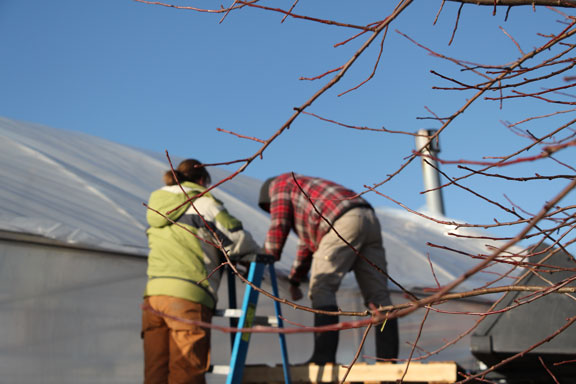 And the second layer is secured in place. 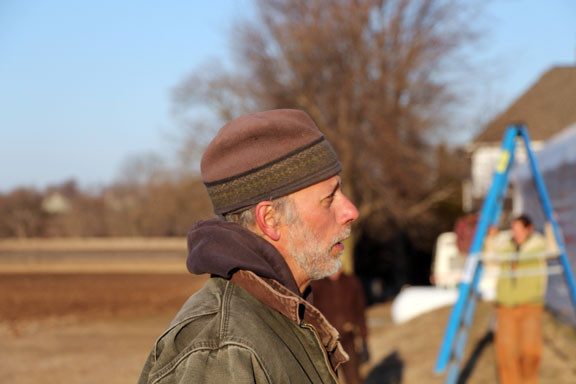 Farmer Steve keeps a close watch on the proceedings. 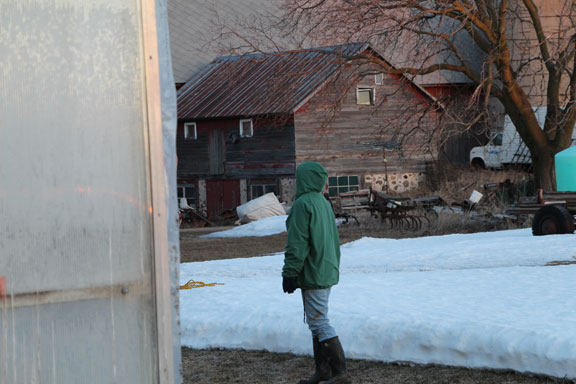 Waiting for the next step

There is some waiting time… 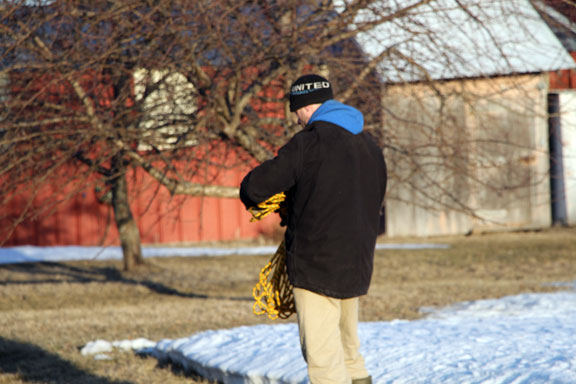 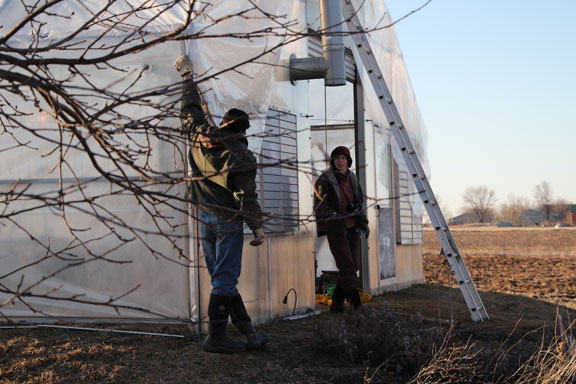 And time for conversation while holding down plastic 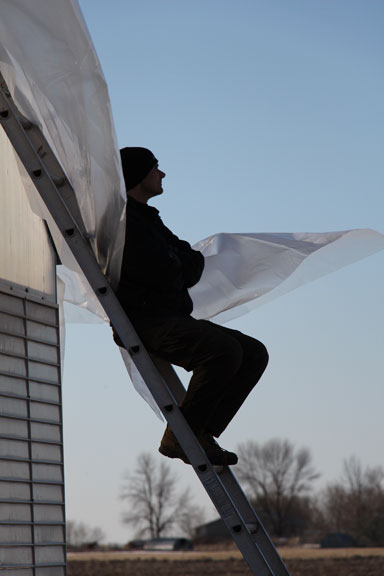 After working hard, any “chair” will do

or enjoying the dawn. 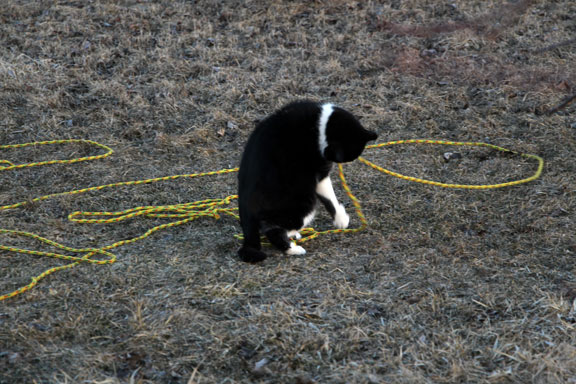 Who can resist a great rope?

And a chance to appreciate the farm cat who clearly believes in enjoying life to the fullest. 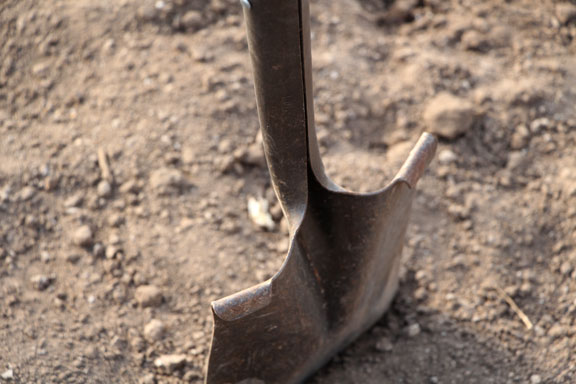