I did it!  This girl who can’t make a cut-out cookie (unless ugly counts) made homemade peeps.  It was really quite easy (after I got past the first batch of burnt sugar). 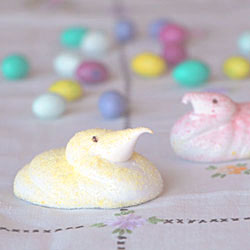 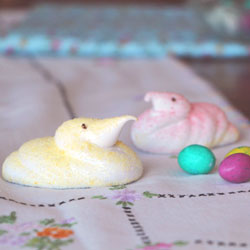 Marshmallow has been a thorn in my side for years.  We try to eat as organic as possible and marshmallows contain gelatin and heaven knows what else.  I am pretty sure that marshmallow gelatin doesn’t come from organic, grass-fed animals.  So every year at Easter and then again when it is s’mores season, I wince.

I ordered organic gelatin from a company in Canada a couple of months ago (not thinking it would be a mere two days before Easter when I finally got around to this).  Then I used regular store-bought sugar because, as much as I love organic sugar, it doesn’t always perform well in candy. 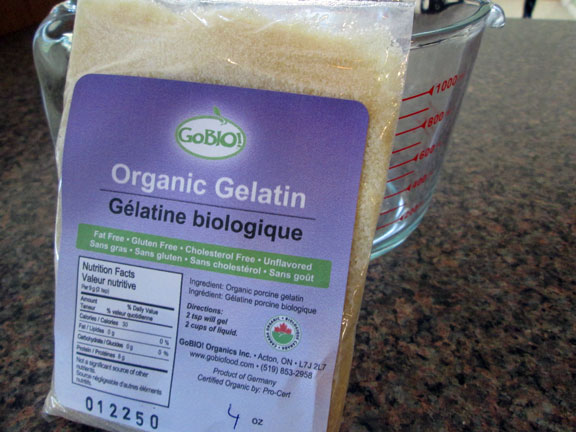 The recipe came from Martha Stewart and has a grand total of three ingredients–water, gelatin and sugar. And believe me, if I can do it, anyone can! 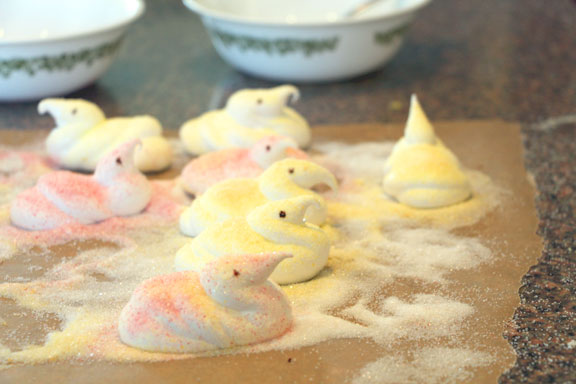 1.  Mix sugar and 1/4 cup of water in a small saucepan on medium heat.  Stir until dissolved then stop stirring.  Heat until 238 degrees (soft ball stage). 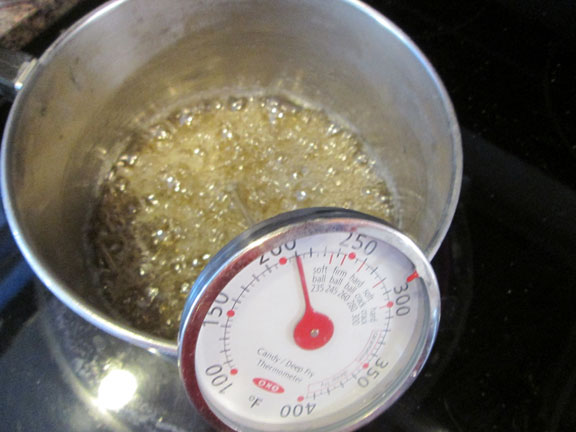 2.  While sugar is cooking, sprinkle gelatin over 1/3 cup water in mixing bowl.  Let stand to soften. 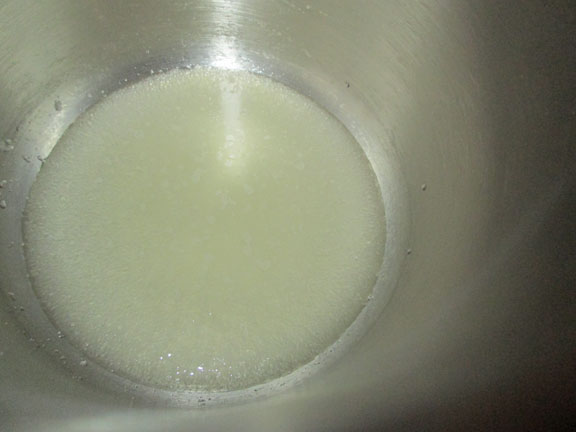 3.  Sprinkle sugar on parchment paper to prepare for forming peeps.

4.  When sugar has reached 238, pour it into the softened gelatin.  Beat on high until mixture soft peaks form and are able to hold shape (about nine minutes). 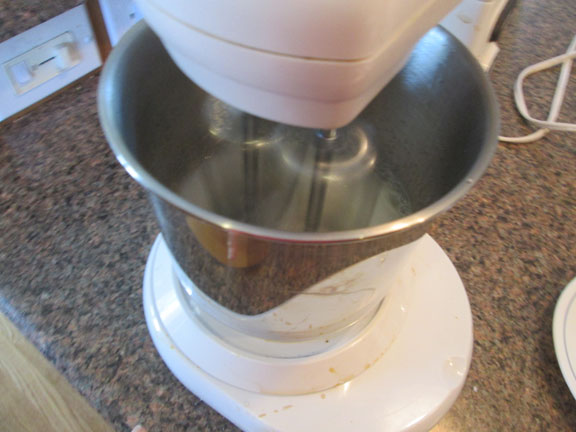 5.  Spoon into piping bag.  Martha recommended using a medium oval tip, but I didn’t have that one so just left the tip off, piping through the plastic tip holder, which worked fine.

6. Pipe marshmallow onto sugar topped parchment  in reverse “s” shape (that is start at the bottom of the “s”) to form a chick.  Sprinkle immediately with colored sugar 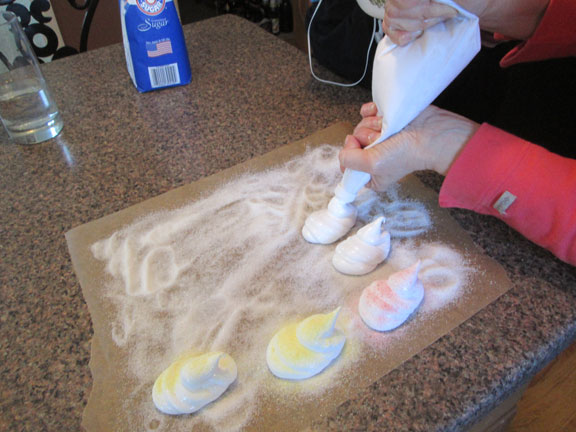 Piping out a homemade peep

7.  Mix a little cocoa powder with a couple drops of water and dot eyes using  a toothpick. (thanks to the Kitchn for the tip.) 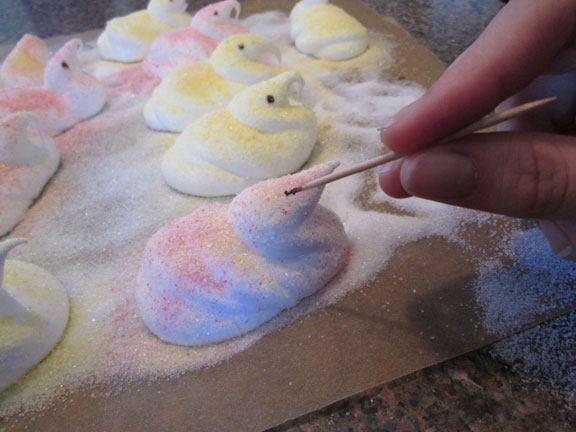 I’ll admit It took me three tries to get it just right but they were quick tries (and frankly I didn’t really expect to succeed ever).  The first time, I learned that my candy thermometer was not working because by the time it hit 238, the sugar was burnt.  Luckily I discovered that my instant read meat thermometer goes up to candy temperatures and it worked perfectly for my second try.

The second try worked fairly well but I didn’t beat the sugar and gelatin mixture long enough.  The peeps were still reasonably cute, but I wanted to give it one more try. 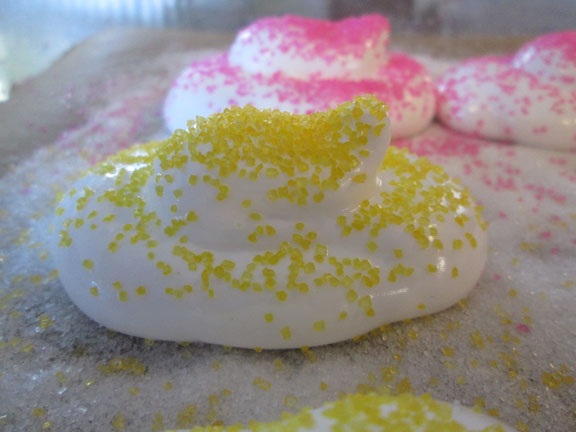 On the third try, I beat the sugar for a full nine minutes and checked that the peaks in the mixing bowl were able to hold not melt back quickly.  Success!

Additional Tip:  You can make your own colored sugar by adding a drop of food coloring (next year I’ll try a natural color) to granulated sugar.  Just stir until the color incorporates, which takes a little while.  This is cheaper than the pre-colored and finer in texture which is better for the peeps.  I won’t be paying $4 for a little container of fancy sprinkles after this!

This was seriously fun and when summer rolls around you can bet I’ll be making my own campfire marshmallows too!