If sometimes creamed soups can feel bland, try this Asparagus Soup with Chimichurri Sauce. which adds a big herbal punch to a rich creamy soup! 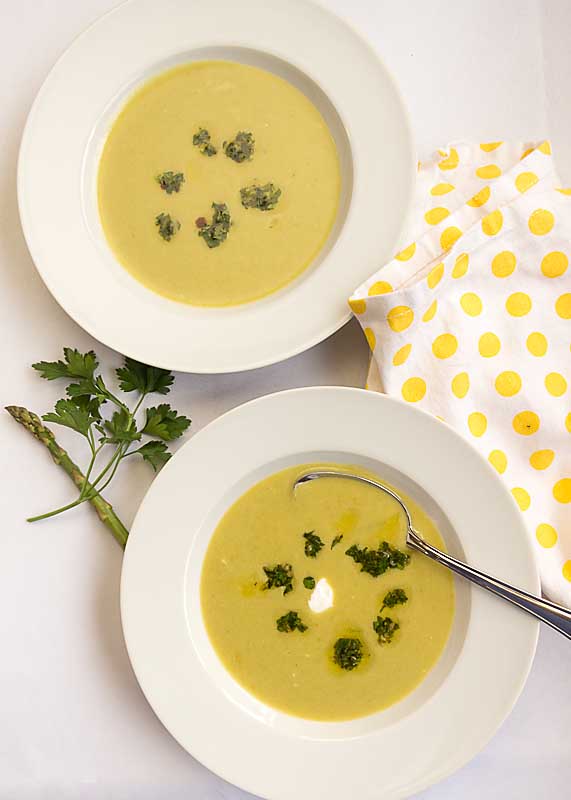 It all started a number of years back. After an evening over a hot stove, I was culinarily traumatized.  By my kids.

I had made a lovely Cream of Spinach Soup with Potatoes and Leeks, a recipe I’d gotten from my high school French class.  Served many times, it was (pretty much) always a hit.  Even the kids had enjoyed it before. 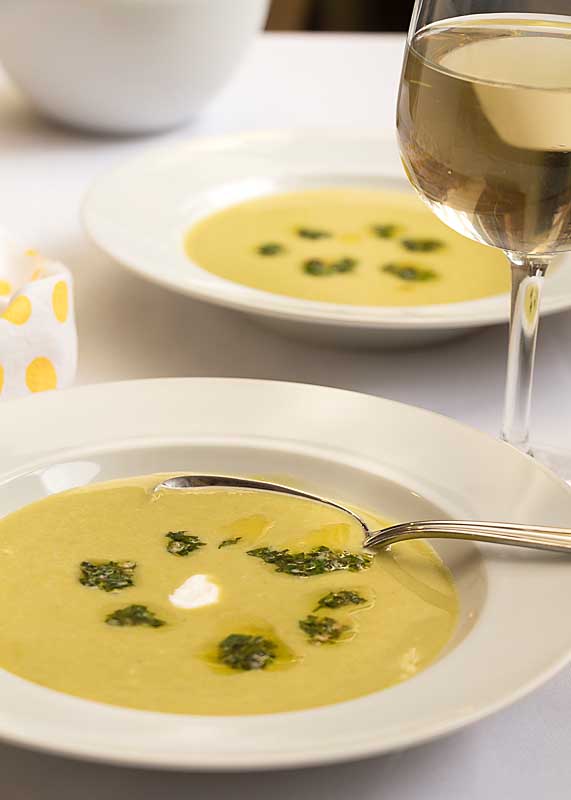 But this time the kids didn’t like the (teeny) spinach shreds, so I decided I would puree it.  People puree soups all the time, right?

Well, when I served up the “adapted” version, my oldest took one look, grimaced and said, “Eeuuww, cream of pond scum.”  Pretty much spoiled it for the lot of them. 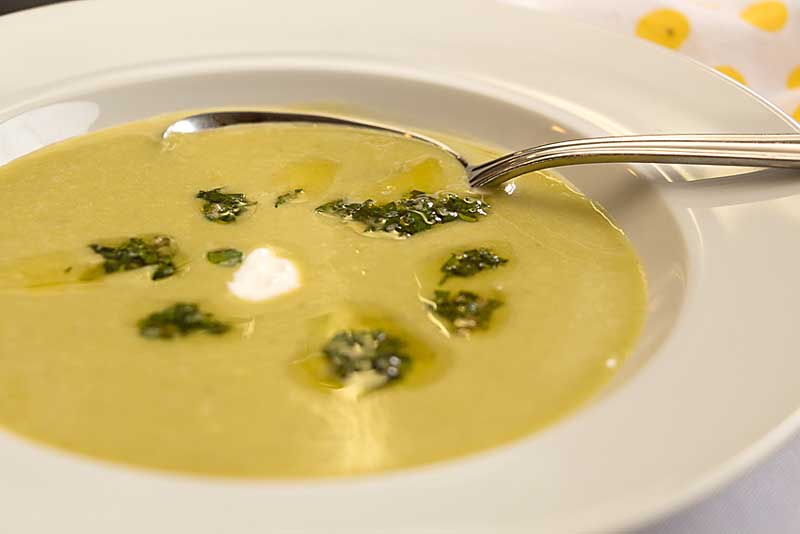 NOT cream of pond scum

Since then I’ve neurotically avoided pureeing anything green.   I’ll cream winter squash or tomatoes in an instant, but green soups?  Nuh-uh.

But this year I decided to get brave and try Cream of Asparagus soup. Asparagus is amazing, right?  How could anything using it not work?   But the soup was a touch bland (even using yogurt instead of cream, which gave it a nice tartness) and the “pond scrum” phrase reared its ugly head. 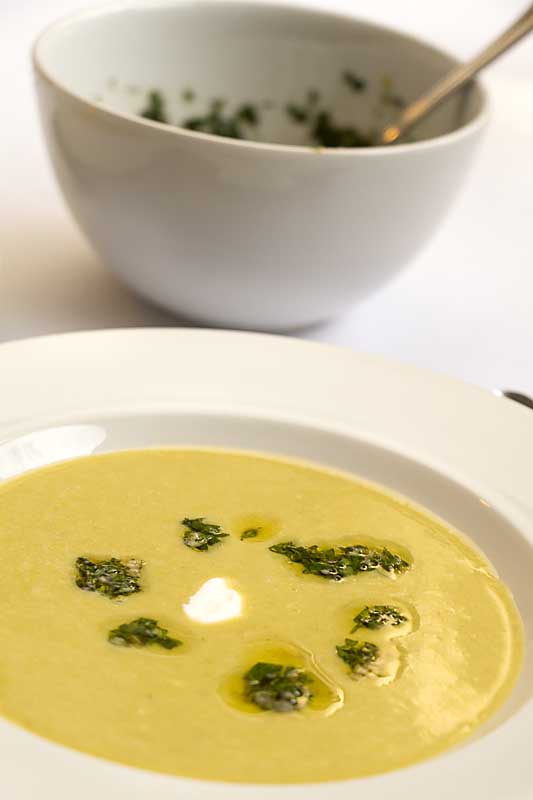 Sooo, how could I make this so over the top that not even my kids would complain?

If you aren’t familiar with it, Wikipedia defines Chimichurri as “an uncooked sauce used for grilled meat… It is made of finely chopped parsley, minced garlic, olive oil, oregano and red wine vinegar.”  It was all the rage on steak a few years back, but I hadn’t seen as much of it lately. 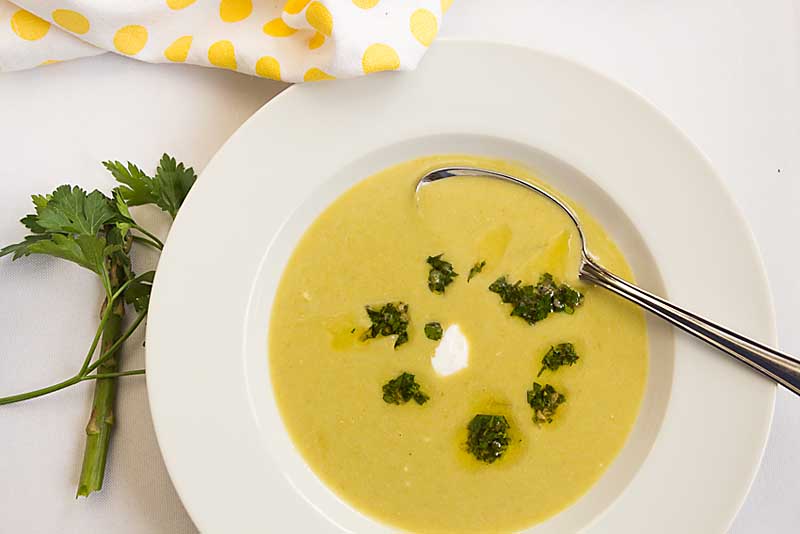 I gently dotted the soup with the chimichurri to look good for the blog pictures.  But by the end everyone was swirling big spoonfuls through.  Even my “I like bland” husband, who first said he preferred the soup straight, converted and was fighting for the chimichurri bowl with everyone else.

15 thoughts on “Asparagus Soup with Chimichurri”