I had plans to blog about starting seeds a couple weeks ago when I began the task .  But it seemed so ordinary that I simply started the seeds and forgot the blog.

I didn’t give it another thought until last night, when my daughter was studying at our house with a classmate.   Her friend’s mother came to pick her up and practically gasped at my seedlings, reaching toward the light.  She snagged my husband for more information who promptly went to find me, pleading ignorance (though he tended them flawlessly while I was in Arizona).

“When did you start these?” she began (still a bit breathless).

“Oh… probably around the 8th of March,” I only remembered because it was just before my trip.

“You started them the same time I did?  Mine keep dying.  How are you set up?”

I pointed out my heater cable and explained that some seeds need a certain amount of heat in order to sprout.  Lettuce may germinate fine indoors during a Wisconsin winter, but I’m not sure about the watermelon and peppers—especially in our house which never goes over 68 and spends a fair amount of time at 58.  My husband built a plywood box, laid the cable along the bottom, then covered it with sand.  We placed our seed starting trays on the sand. 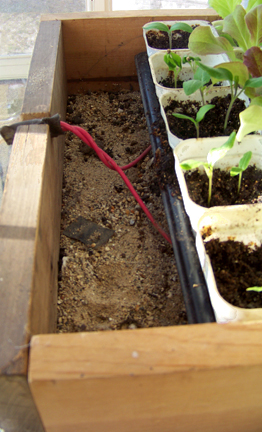 “My seed are sprouting fine,” she said, “but then they die.”

“Well heat isn’t the problem then.  What are you starting them in—potting soil or seed starter?  Sometimes potting soil will carry diseases that can kill fragile seedlings, which seed starter avoids”

She wasn’t sure which she had.  I thought about giving her the information that sometimes you can bake your soil to sterilize it for seed starting, but I remembered hearing that this can create a smell like baked worms and decided to keep quiet.  No point discouraging new gardeners.

“You know they grow tall and skinny and then fall over—and your light is much closer than mine” she added.

“If they are very leggy, that can mean not enough light.  You might move it closer.”  Organic gardening recommends that young seedlings be placed about 2” from the light, with the distance increasing as they grow. 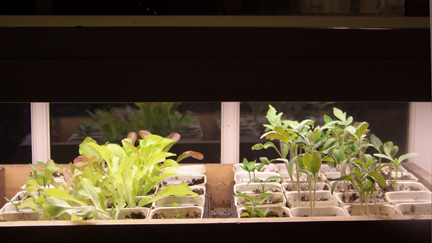 “And you have these nice pots.  I just started mine in egg cartons.”

“I’ve done that but I always worry about watering them then.  I have bowled over small plants with a good steam of water and these you can water from the bottom, which is really easy.  We bought all of this probably 20 years ago and have used it ever since.” 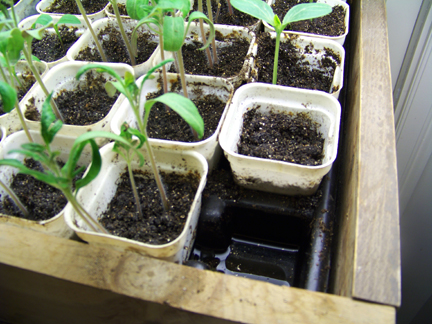 She left with a number of ideas and I sat down to blog, feeling confident.  The really nice thing my setup, is that it can handle a lot of neglect.  If you put the light on a timer, all you need to do is water a couple times/week.

When I realized how easy it was, my confidence took a dive.  When summer’s weeds take up arms, it’s a whole new challenge.   But at least I’m feeling good today.

If this sounds fun (and easy!) and you’d like more information, check out  “Starting Seeds Indoors” and “14 Tips for Starting Seeds” from Organic Gardening. 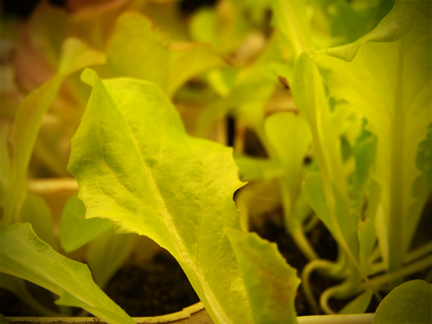 2 thoughts on “Seed Starting is Easy! (Weeding is Hard)”