Backyard Maple Syrup is fun to make and tasty to eat. Plus you only need a couple trees and different varieties work. Step by step guide. 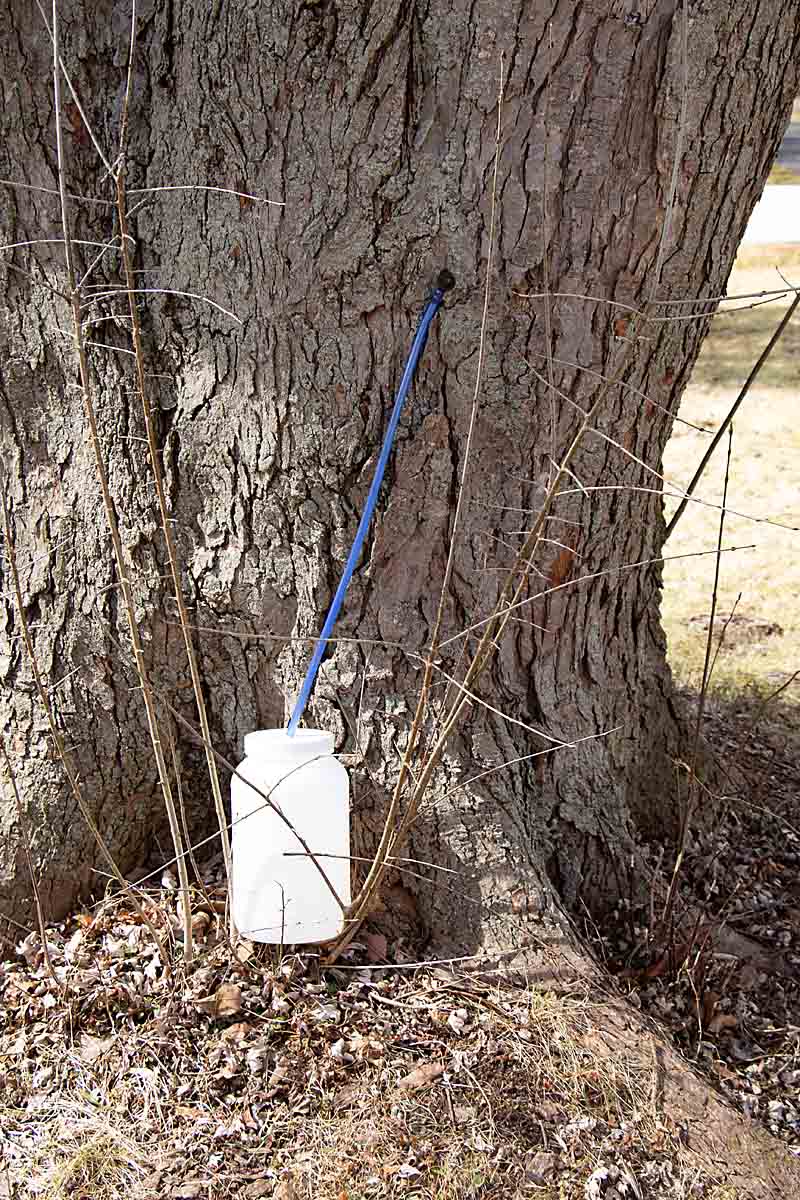 Let me ask you a couple questions today. First, do your kids consume, umm, gallons of maple syrup annually? And, second, do you regularly mist up at romantic ideas like living off the land or keeping your own bees?

If you answered yes to either of these questions–and have access to a couple maple trees (or even one large one), this activity is for you! 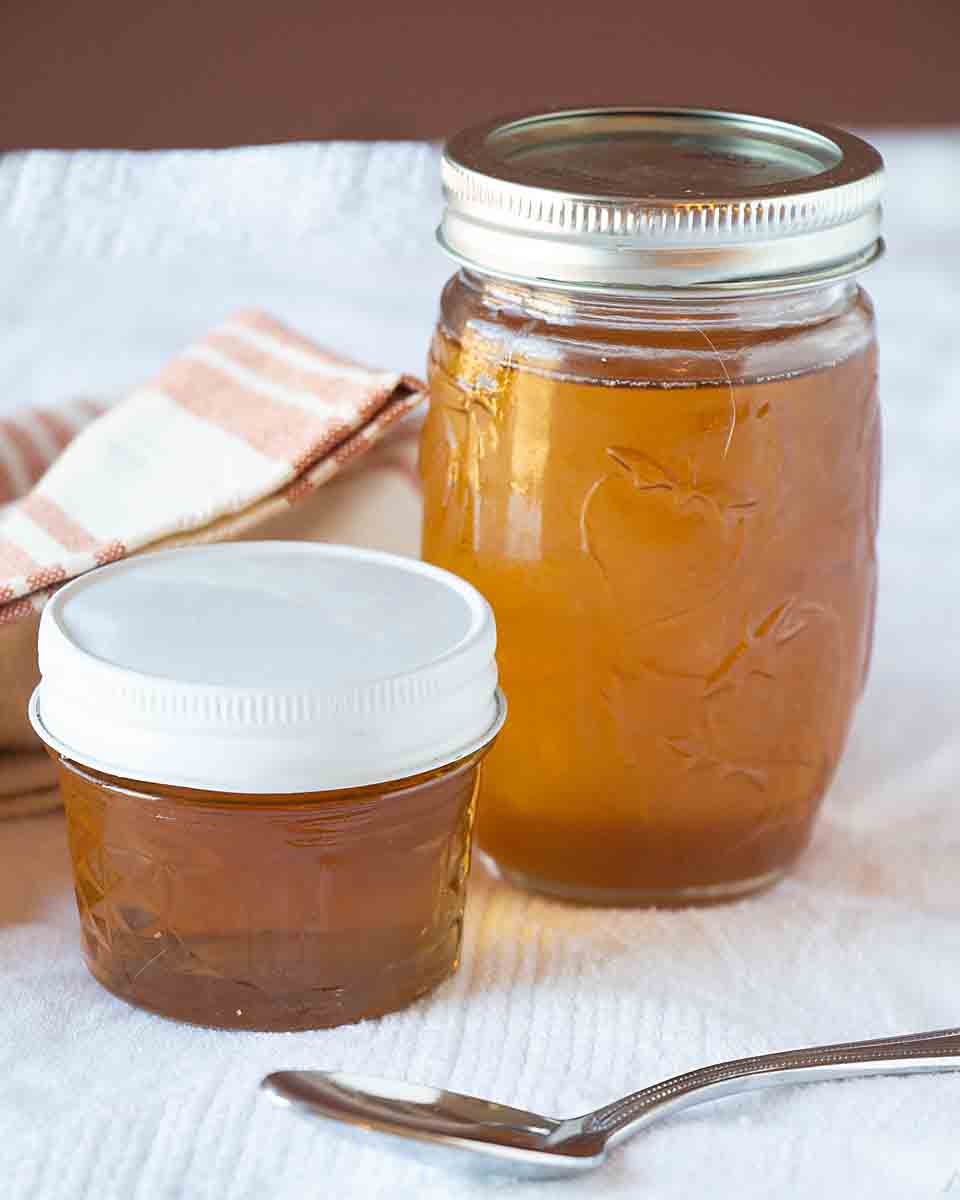 I brought up my kids on real maple syrup. And I did, literally, buy it by the gallon. I’ve always loved foraging and the idea of maple syruping–but thought you had to have a grove of sugar maples.

When by chance I read that other kinds of maples will work and you didn’t need a lot, I ordered up the equipment and started out.

Who, What, When, Where, Why

There are three main steps in making maple syrup. First you locate trees and equipment, next you collect the sap, and finally you boil it into maple syrup. 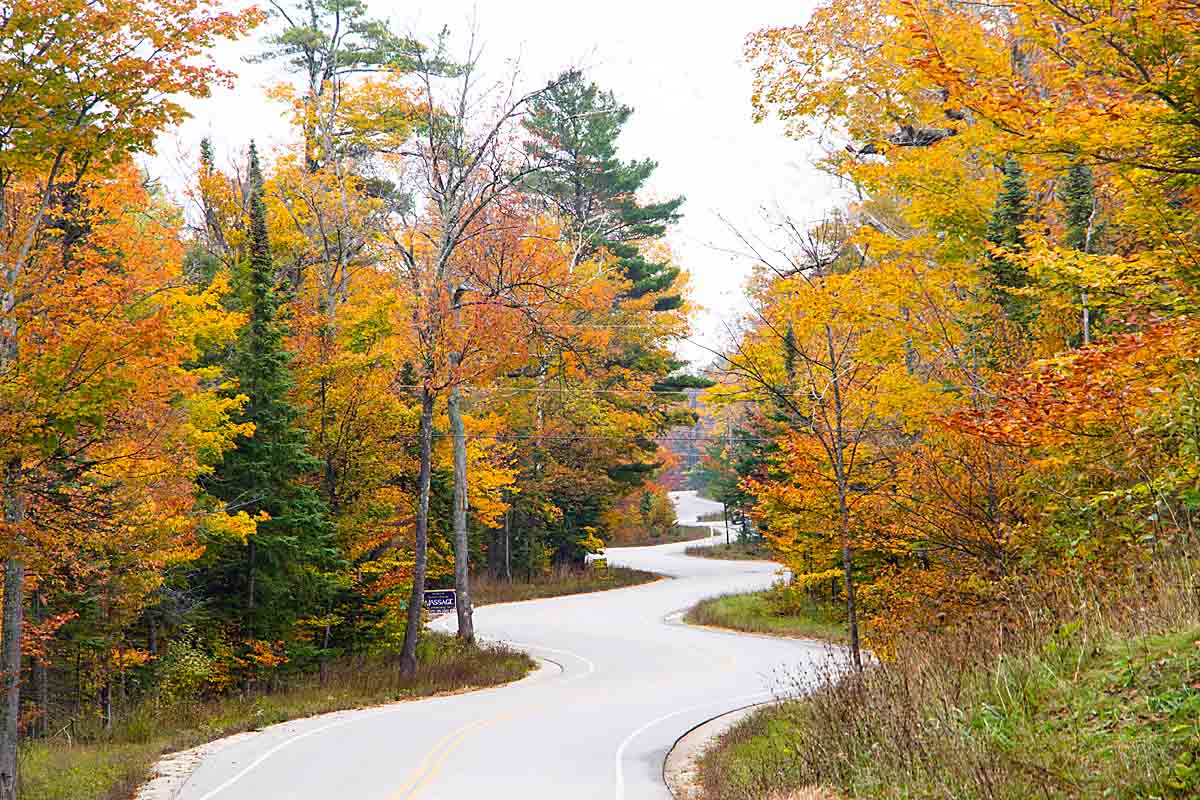 Picking out your trees

While Sugar Maples are the classic maple syrup tree and produce the sweetest sap, did you know that you can also tap other varieties? We have had great success with two large Silver Maples in our front yard. For more info see Practical Self Reliance.

The easiest time to identify a maple tree is summer or fall, when the telltale leaf shape gives them away. But if it’s winter and the leaf isn’t available, you may be able to identify them using other methods. 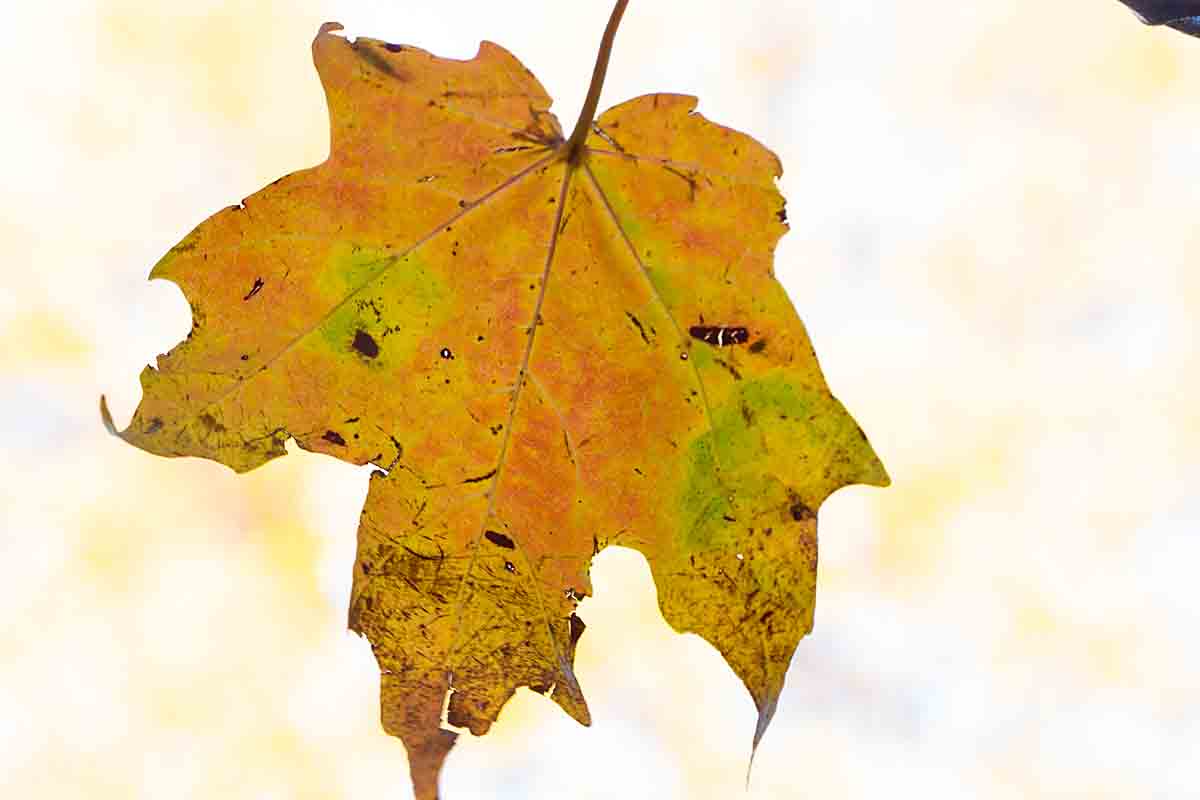 The size of the maple tree is the final consideration. For the health and longevity of the tree, most people recommend a minimum circumference of 10 inches. But larger is better and some can take more than one tap.

Maple sap flows when the night temperatures are below freezing, and the day temperatures are above. In Wisconsin this can start as early as mid-February, but this year seems to be starting in March. You stop when the tree buds start to swell, in late March to April for us. (Or when your spouse tells you enough already.) 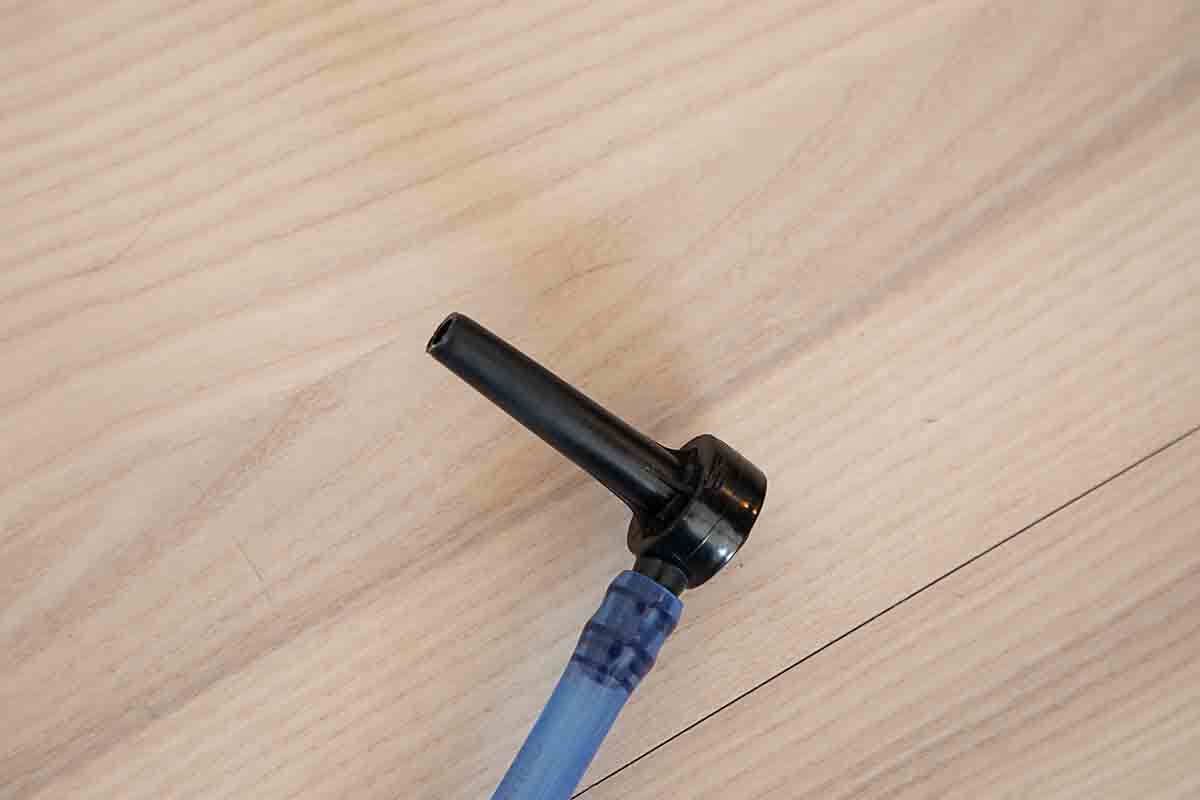 We bought a kit with the tapping equipment and had everything else around the house. We used 2 L soda bottles and gallon milk jugs for sap collection and glass canning jars for the syrup. The slow cooker and drill we had. You will want to have some extra containers to store up sap while you accumulate enough to begin. Just be sure everything you work with is food grade.

How to Tap a Maple Tree for Backyard Maple Syrup

Before you tap your trees, consult the instructions that come with your kit for specifics since things like tap size can vary. Our taps were 5/16 inch (which is healthier for the tree than larger taps), so my husband drilled a 1 ½ inch hole with a 5/16-inch drill bit. He marked off the depth on the drill bit to make this easier. 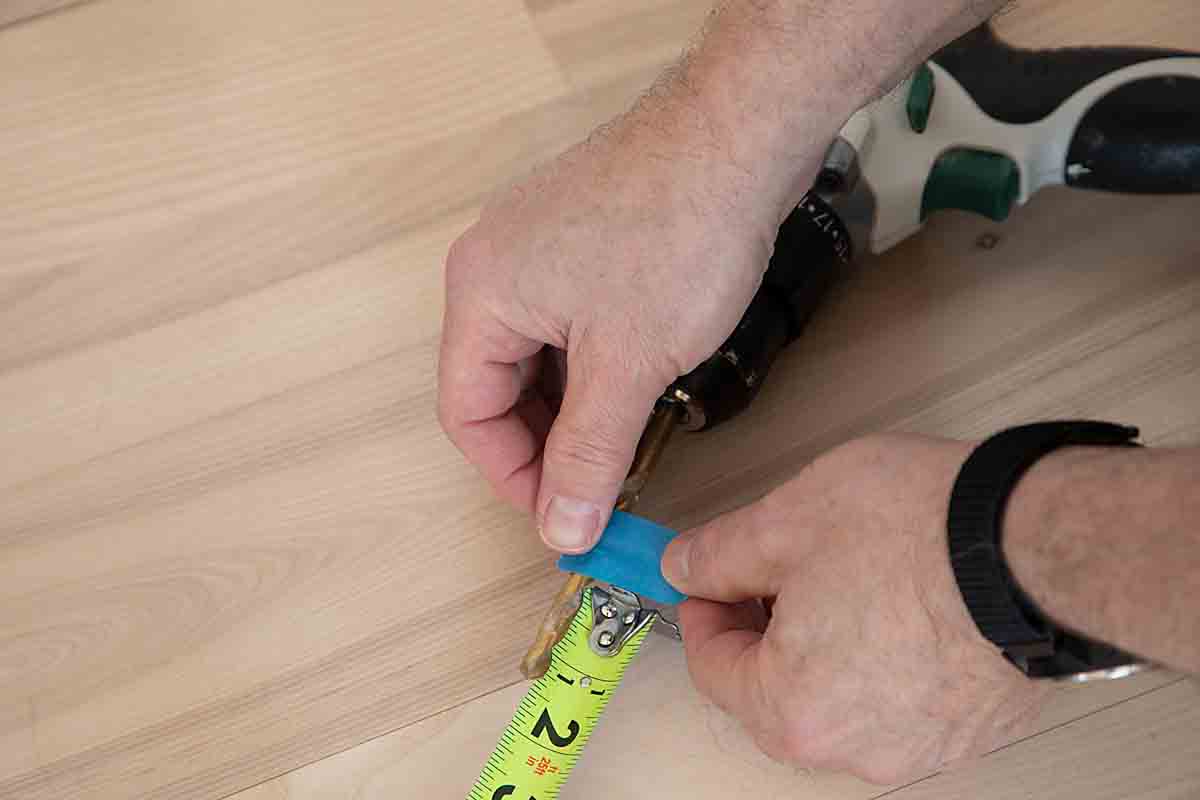 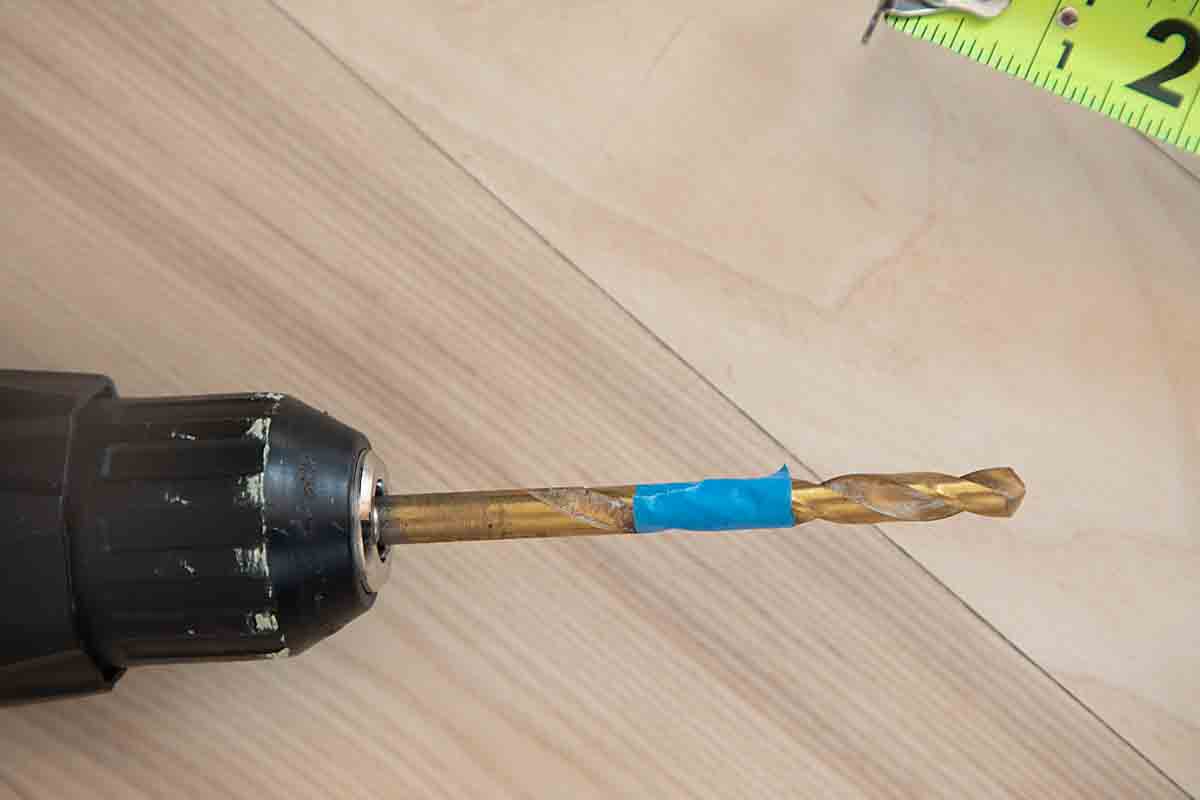 The rule of thumb is to use one tap in a 10–20 inch diameter tree, two in a 20-25 inch diameter tree (some say 15-20 inches) and three in a tree that’s larger. You will want to place the taps near enough the ground so the tubing can reach your collection containers (if you aren’t hanging the containers, which is harder) and avoid the areas you tapped the prior year.

To make the collection containers, my husband drilled tube-sized holes in the caps of milk and soda jugs so we could keep the jars covered, then ran the tube from the tap to the jar. 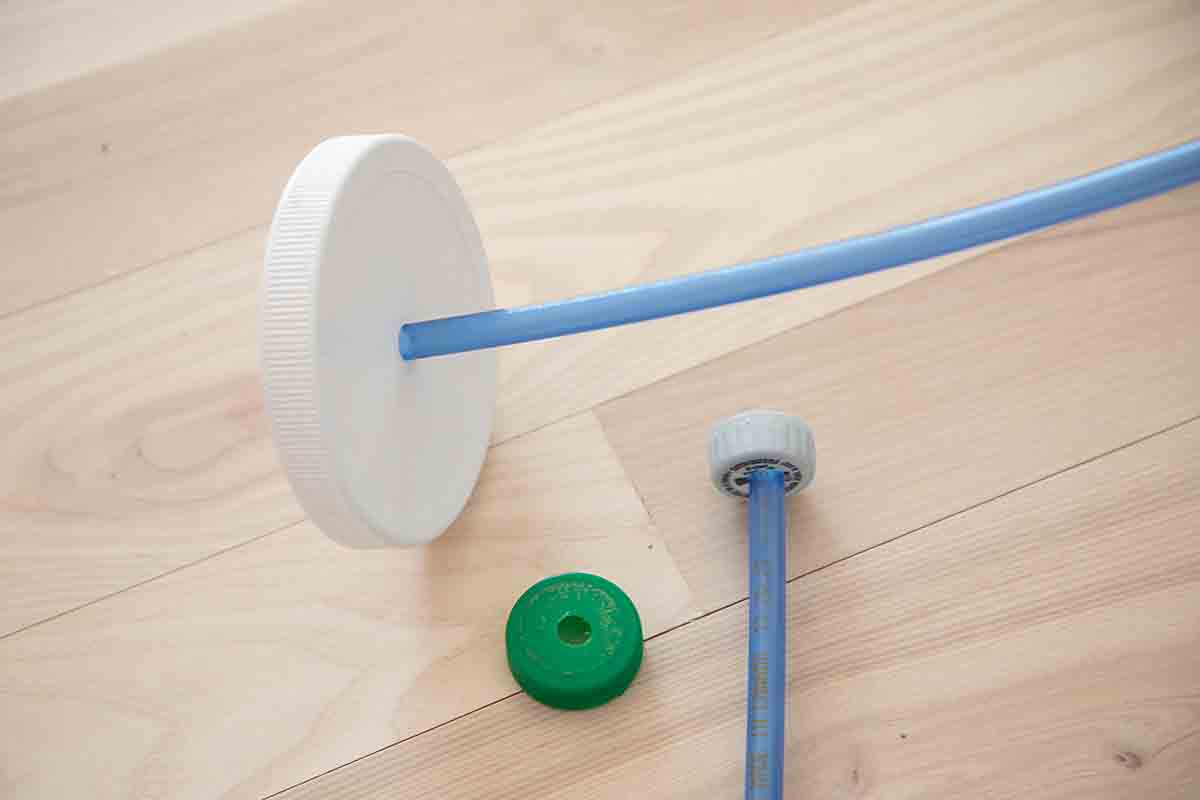 Once installed we checked the containers daily and poured off whatever had accumulated (though some days there was nothing). We stored the collected sap in the refrigerator to keep it fresh. 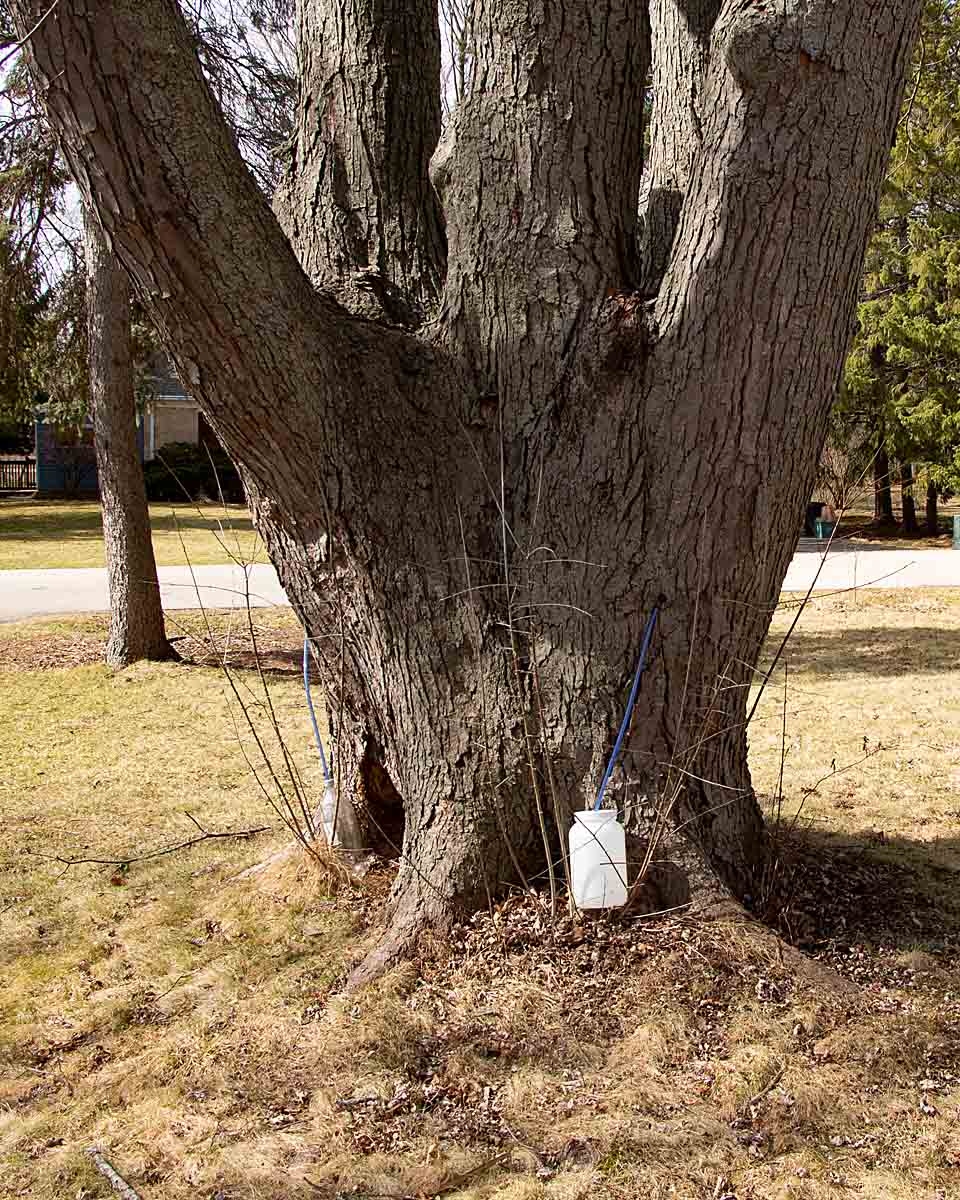 On a really exceptional day we might get close to a gallon of sap from a tap, but usually it was less than this and many days nothing. We found that the output varied a lot and even some seemingly “perfect” days produced just a trickle. 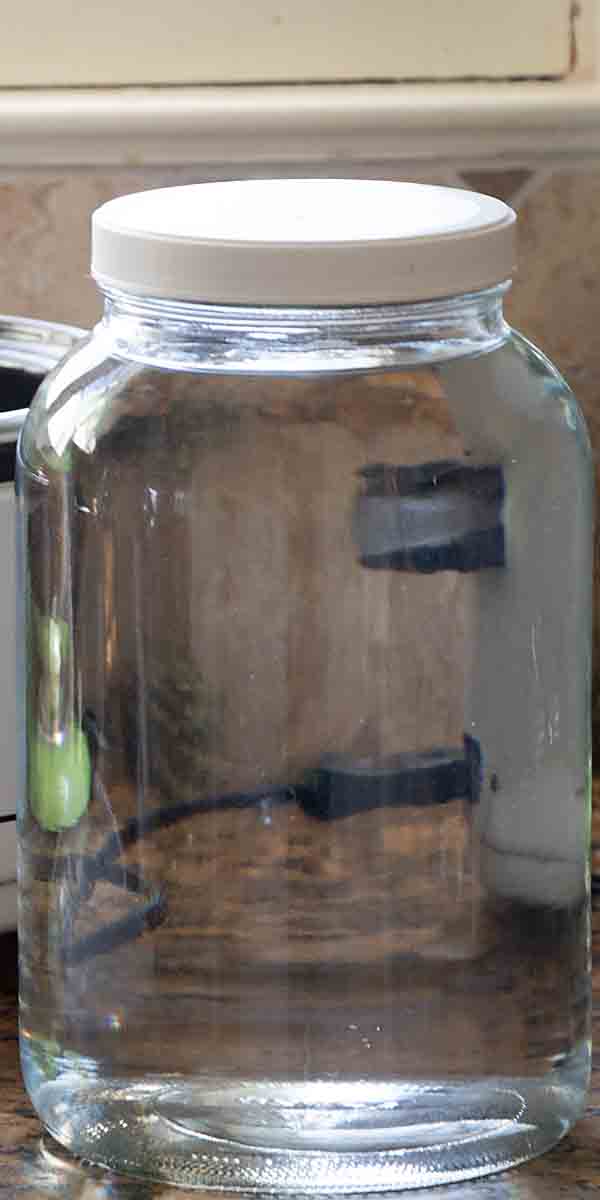 How to Turn Sap into Backyard Maple Syrup

To turn sap into syrup, you need to dramatically concentrate it. The standard ratio is 40 gallons of sap to make 1 gallon of syrup.  This means that if you are want to make a quart, you would need about 10 gallons of sap. I don’t usually have a quantity in mind and I just keep going until the season is over or I get tired of it. We generally end up with around a gallon of finished syrup from our two large silver maples.

But this means that cooking it down takes a long time and produces a lot of water vapor and steamy windows. Some people will cook it outdoors over a propane cooker or wood fire. But I just put it in a large slow cooker, get it simmering and let the windows fog up. Winter is dry skin season anyway! (And it dissipates when I turn the cooker off at night.) 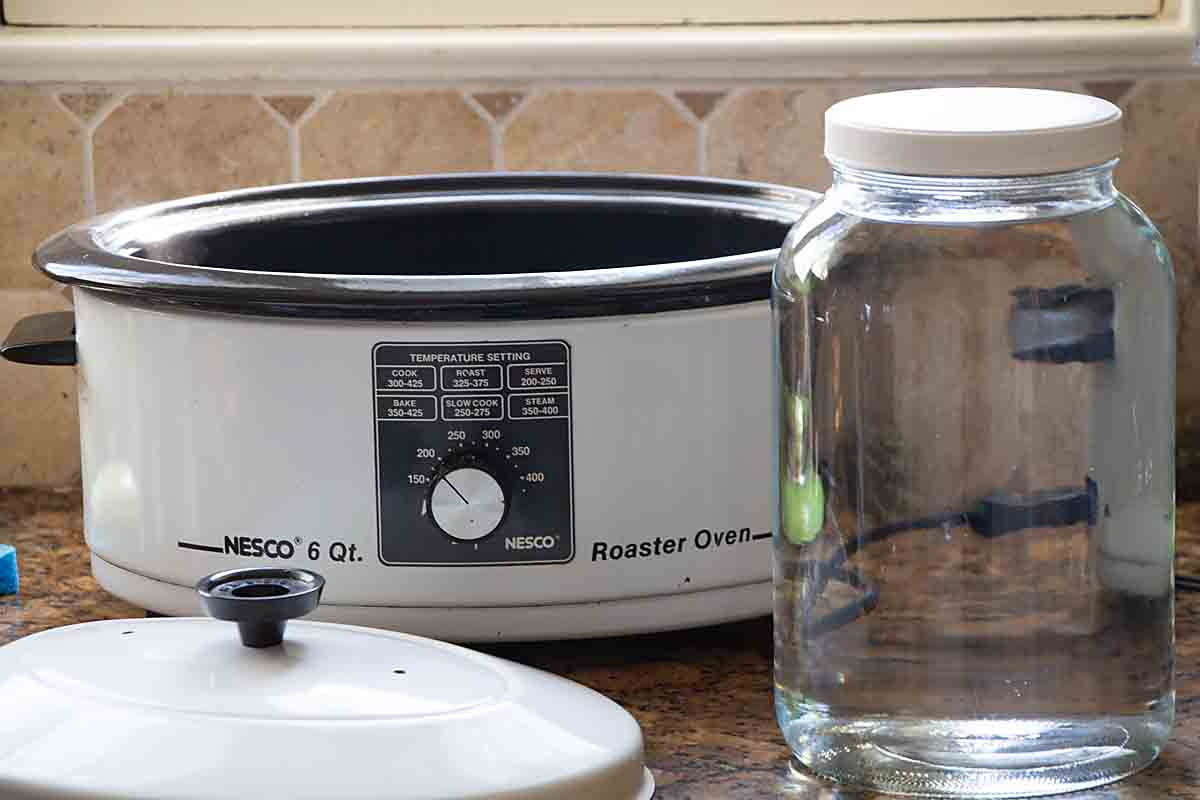 As the level in the cooker gets lower, I add more sap for a while until it feels like I’m going to have enough finished syrup to strain.

Once the cooking gets near the end and the sugar concentration is high, you need to watch the syrup like a hawk. While the initial cooking is slow, the final cooking goes quickly. I ruined a (fortunately replaceable) liner to my slow cooker by boiling it nearly dry–the syrup burned and pitted the liner. Oops 😬 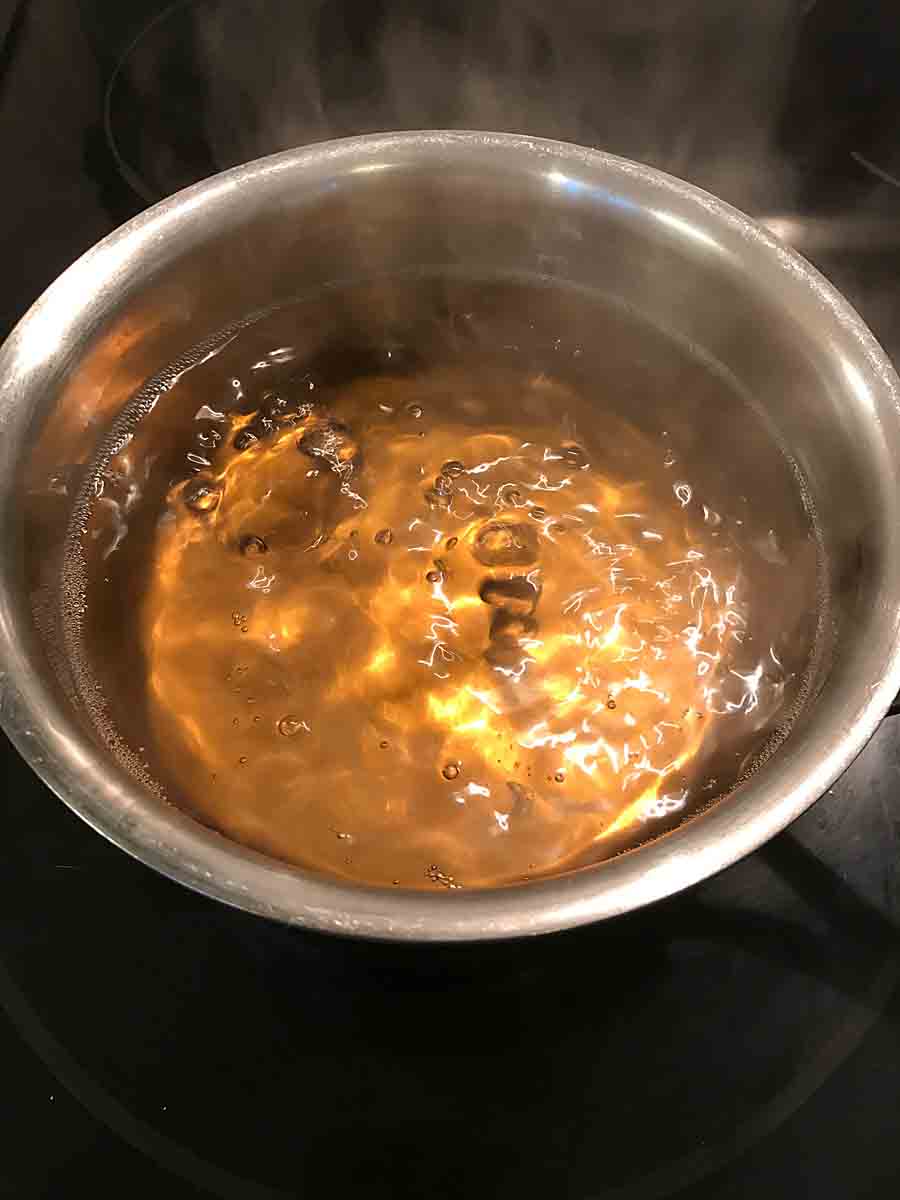 Since then, once the sap is golden but just not thick enough, I transfer it to a stainless steel pan and finish it on the stove.

To decide when the syrup is done, I’ve always tasted it, looking for a flavor like maple syrup versus sweet water. But to be scientific, I recently learned you can check for a temperature of 219 F. 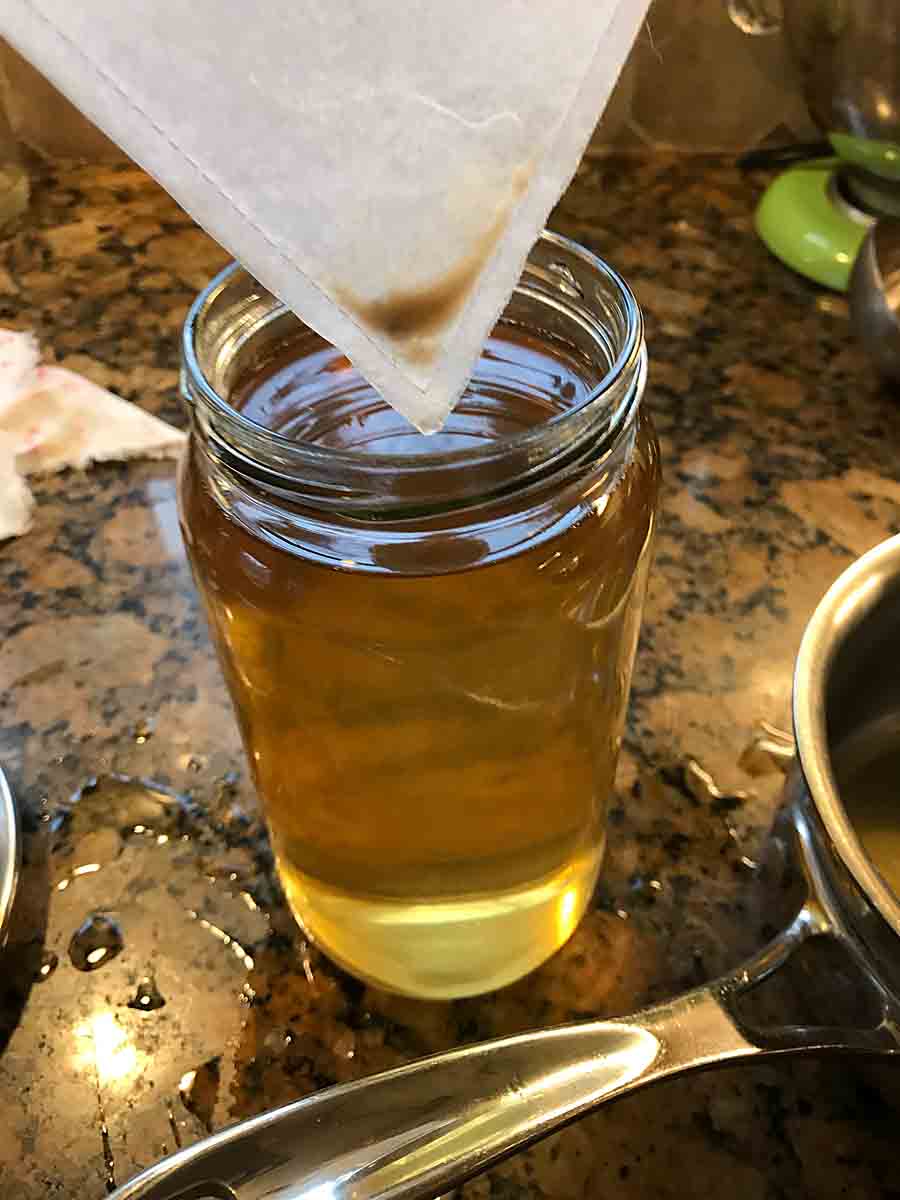 Finally, I strain it using a maple syrup filter, since there is a bit of cellular debris remaining. Coffee strainers (cheaper) didn’t work at all (never went through) but I have heard that cheesecloth can work. I have also heard of people letting the debris sink to the bottom which I do with my wild grape juice.

Then I store, refrigerated, in covered glass canning jars. 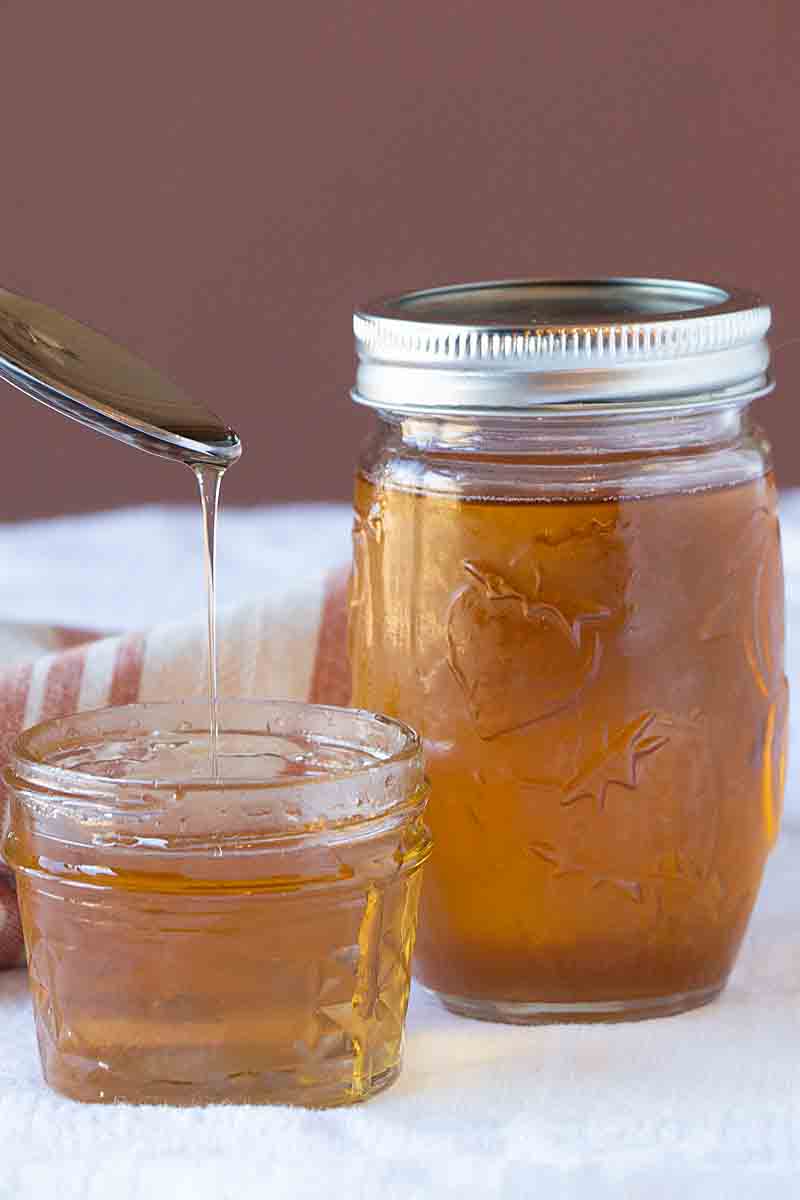 How to Store Maple Syrup

Because of the high concentration of sugar, maple syrup has a long shelf life. But occasionally it can develop mold on the surface. Experts are divided on whether this is safe to strain and re-boil, so I prefer to avoid the problem altogether. As a result, I store my syrup in the refrigerator and freeze it if we have a lot (it stays liquid in the freezer so you can still pour off what you need).

We tapped trees and made backyard maple syrup for a few years in a row and then took a breather. At this point we needed to use up the syrup we’ve accumulated. It’s a good problem to have! 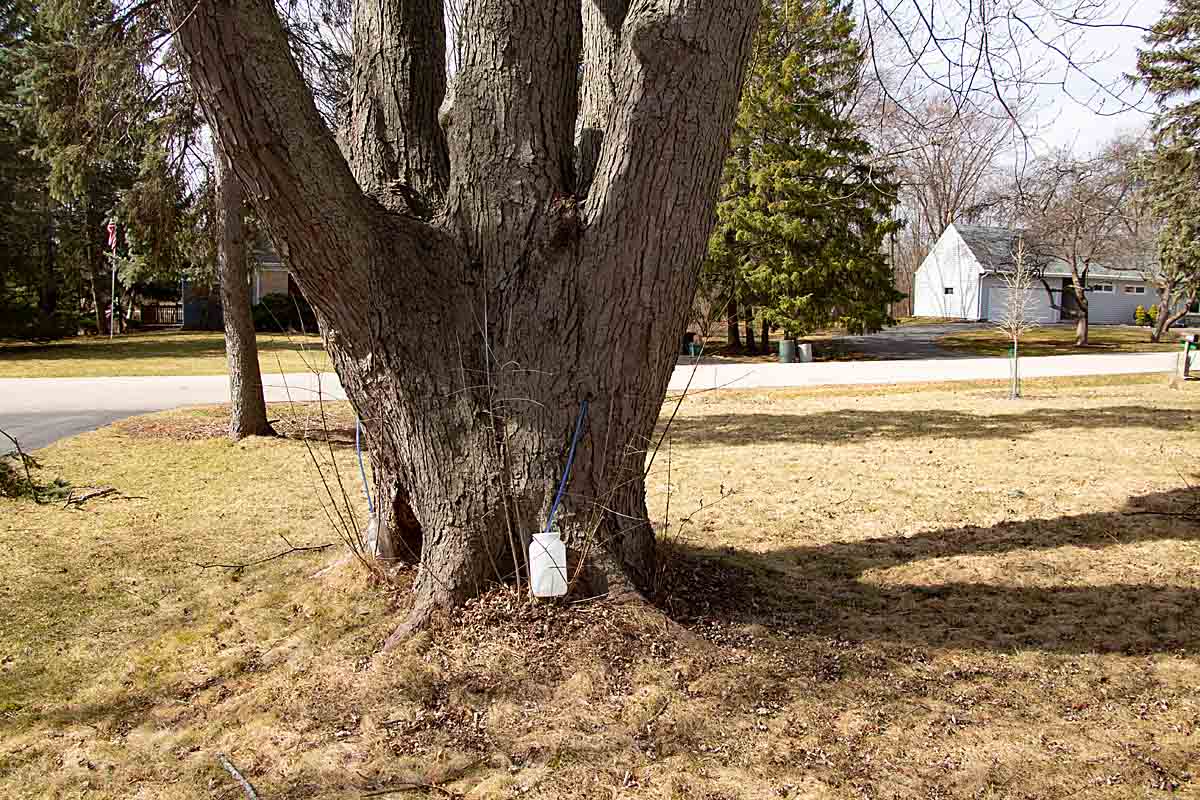