Many years ago we bought four young fruit trees.  The date of this event has completely slipped my mind since, after many years of patiently waiting, they decided never to produce fruit.  We planted two apple trees, which were girdled by rabbits and two pear trees, which at least kept growing. 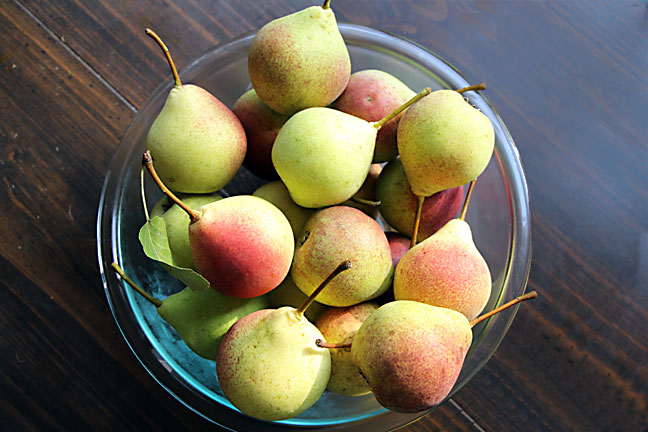 And growing.  “I thought these were supposed to be dwarf trees,” I said to my husband.   But buried in the tasks of everyday life and bored watching (just) leaves grow, we eventually forgot about them.  Until last summer.

Last summer the power company came through our neighborhood to do some work and severely cut back one of the trees.  OMG, I thought, we are supposed to be pruning these.  Armed with a pear manual, my husband headed out into the yard to do some basic work, more in the spirit of guilt than hope.  We waited for them not to produce again.

But life can surprise you!  It started with bountiful blossoms this spring followed by tiny young pears.  Branches of baby pears!  I don’t know if it was the pruning or just coincidence but… hooray!!

With much of the fruit high up on our decidedly-not-dwarf trees, however, we had a new problem–how to get it down.  Our neglected trees were definitely much taller than a good backyard tree is supposed to be! 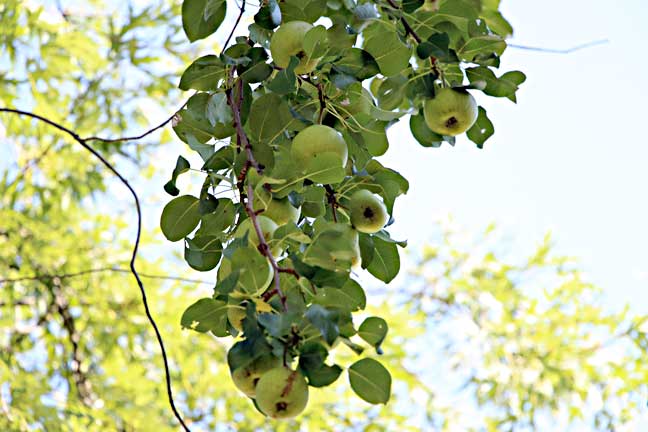 Enter the homemade pear picker!  John went to the local home improvement store and came back with a device that is used to change high light bulbs. 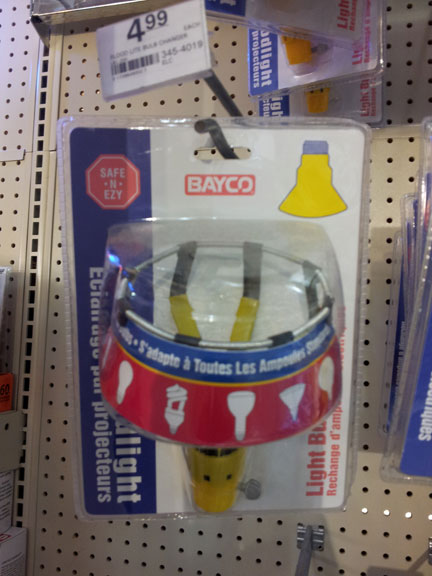 It is a kind of a “grabber” that screws onto a telescoping painter’s pole.  We already had a nice long telescoping pole (from years of home painting), so it was a modest investment at around $5.00. If you have to buy a pole too,  it would set you back a little more, but still not bad… 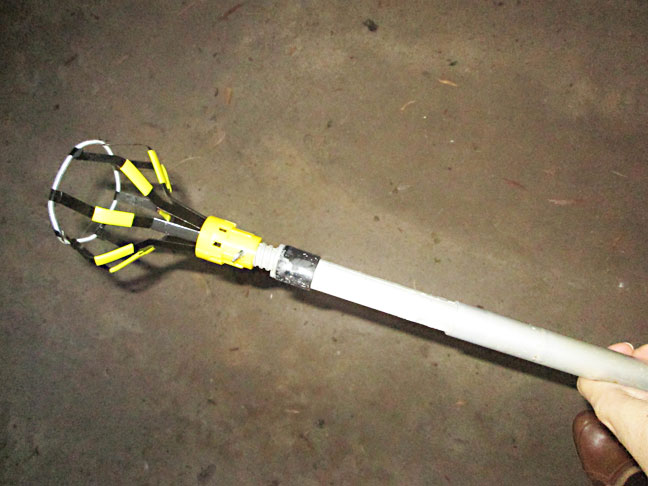 Next question was… would it work? 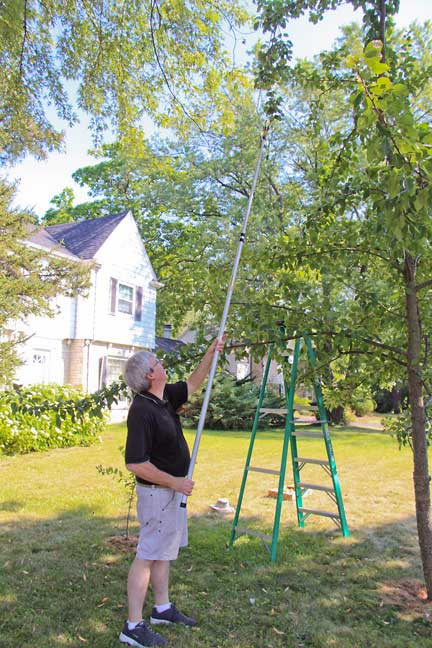 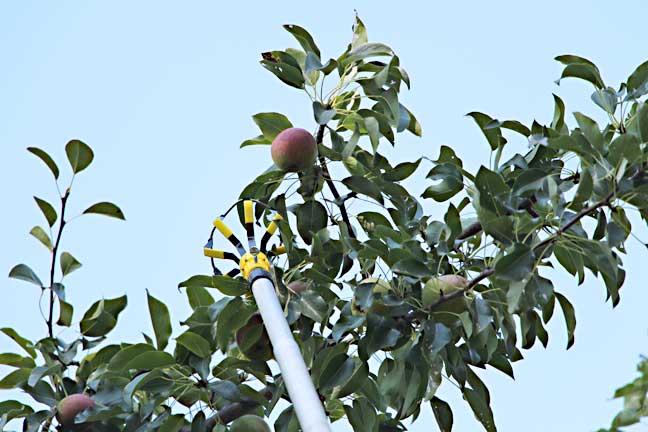 I was skeptical but John had quickly produced a box of pears with NO ladder.

I had to give it a try.   And yes, this 5’6”woman successfully retrieved pears from high branches using this device.  Since a ripe pear will release readily from a tree it wasn’t even a struggle. 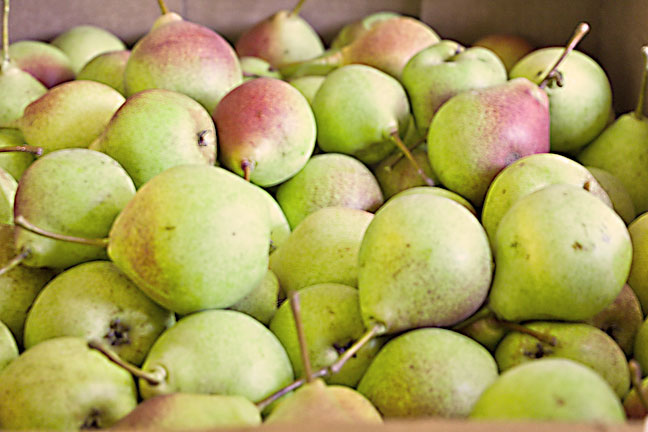 We had one branch of less than ripe pears that didn’t want to come down.  So we decided to leave them for a bit longer.  A week later, they had all been “harvested” by the local wildlife.  After canning two boxes of pears with such a modest cash investment, I was happy to share!

So, to any experienced fruit growers (or general life philosophers) out there… dare I hope for next year?