Get the fun and flavor of s’mores in a s’mores pie. With a graham crust, chocolate filling and marshmallowy meringue topping, who needs a campfire? 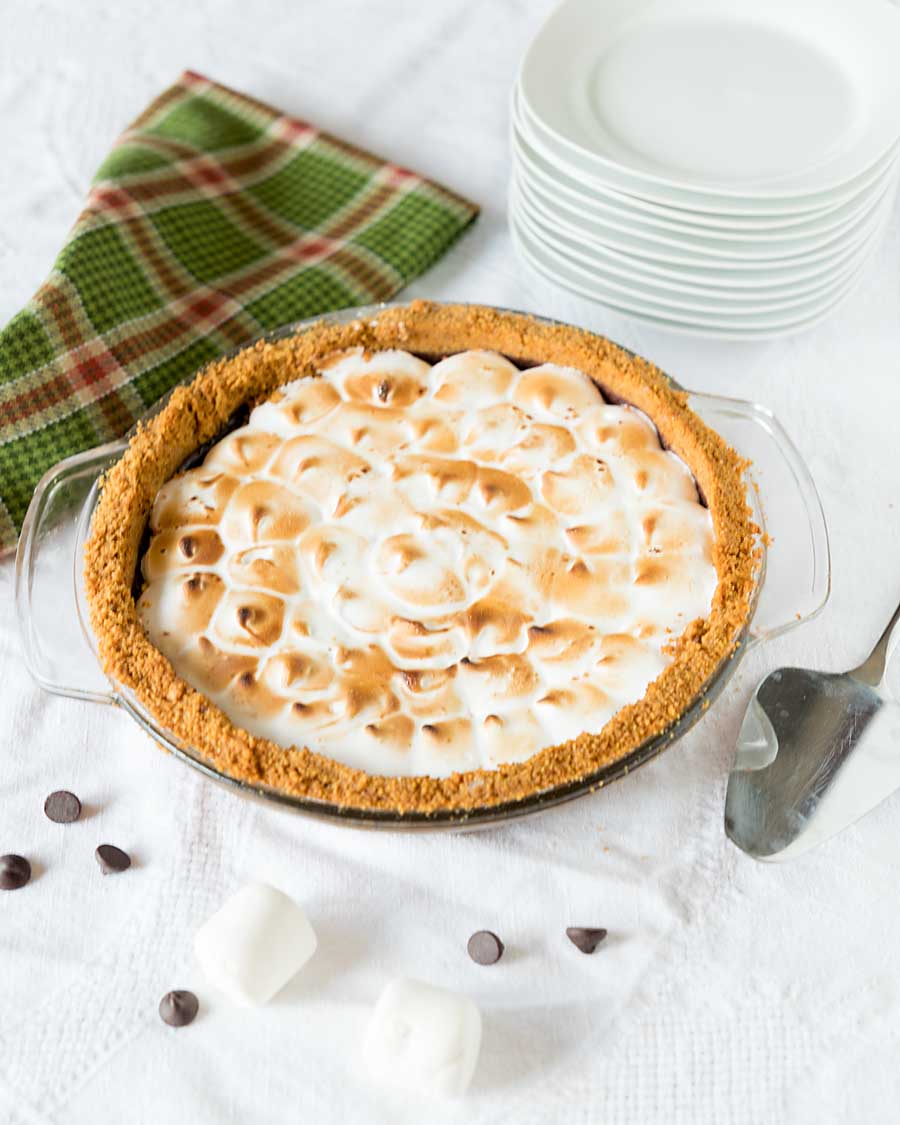 If you were to think about the union of summer and chocolate, what would that be? And what if you added in favorite childhood memories? That’s right… it’s s’mores!

Of course, the grown up version would be s’mores in a pie. Then you’d be able to eat it every day–even if you don’t have a campfire! You could even take it to a party! 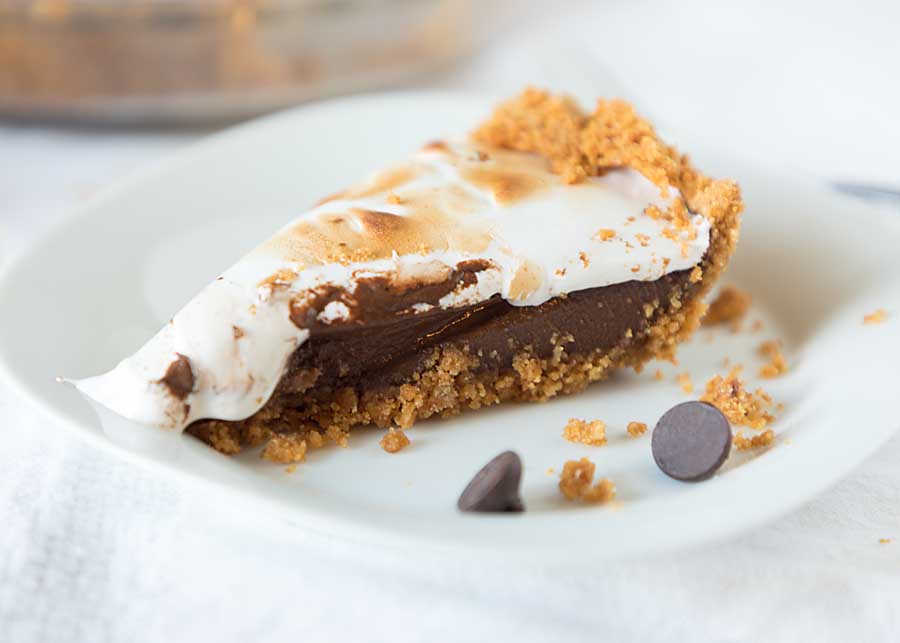 A piece of pie!

Now one nice thing about playing around with a recipe yourself is you can do it any way you want, including a little more natural. Yes, while I enjoy a nice s’more once in a while, those marshmallows always struck me as kind of artificial. 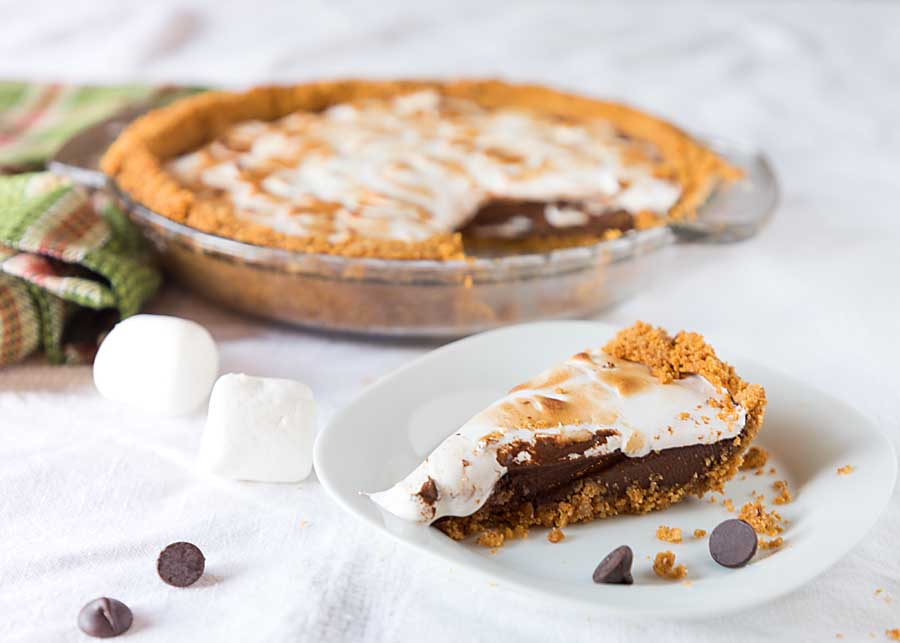 But what if I topped my s’mores pie with a homemade Swiss meringue. That would taste marshmallow-y, be vegetarian (no gelatin)–and isn’t hard (shhh)!  (Actually easier than homemade marshmallows.) The egg whites are even pasteurized in the preparation process!

So that’s what I did! I baked a mixture of chocolate chips, egg yolks and half & half into a graham cracker crust.

Next, I made my Swiss Meringue by heating sugar and egg whites to 160F, then beating the mixture with vanilla and cream of tartar until stiff. I piped the meringue in small rounds on top of the cooled pie and torched it (some people put it under the broiler) for golden highlights. 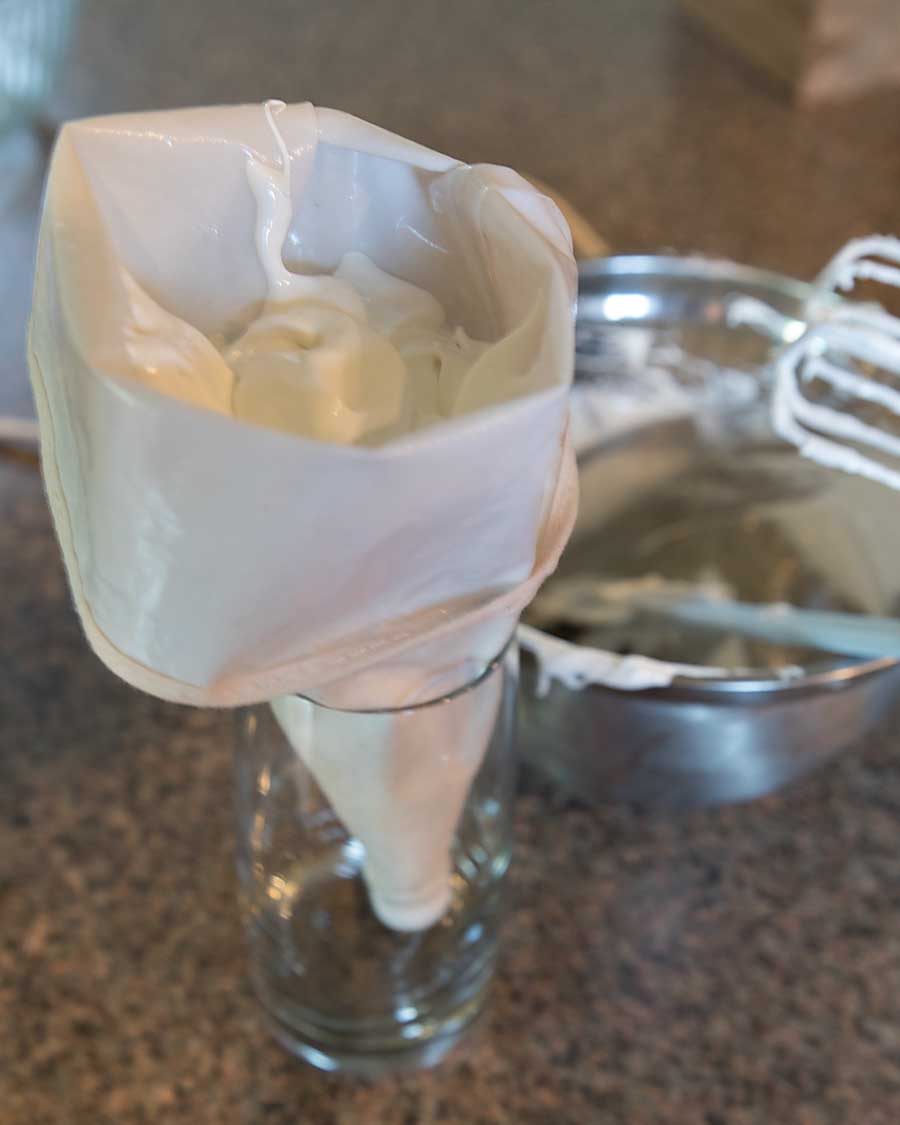 Prepare to pipe meringue on top

Now technically my meringue did not get properly stiff (even though I’ve done it many times before). But the pie was still attractive and tasty–and reminiscent of melted marshmallows! Perfection is over-rated! 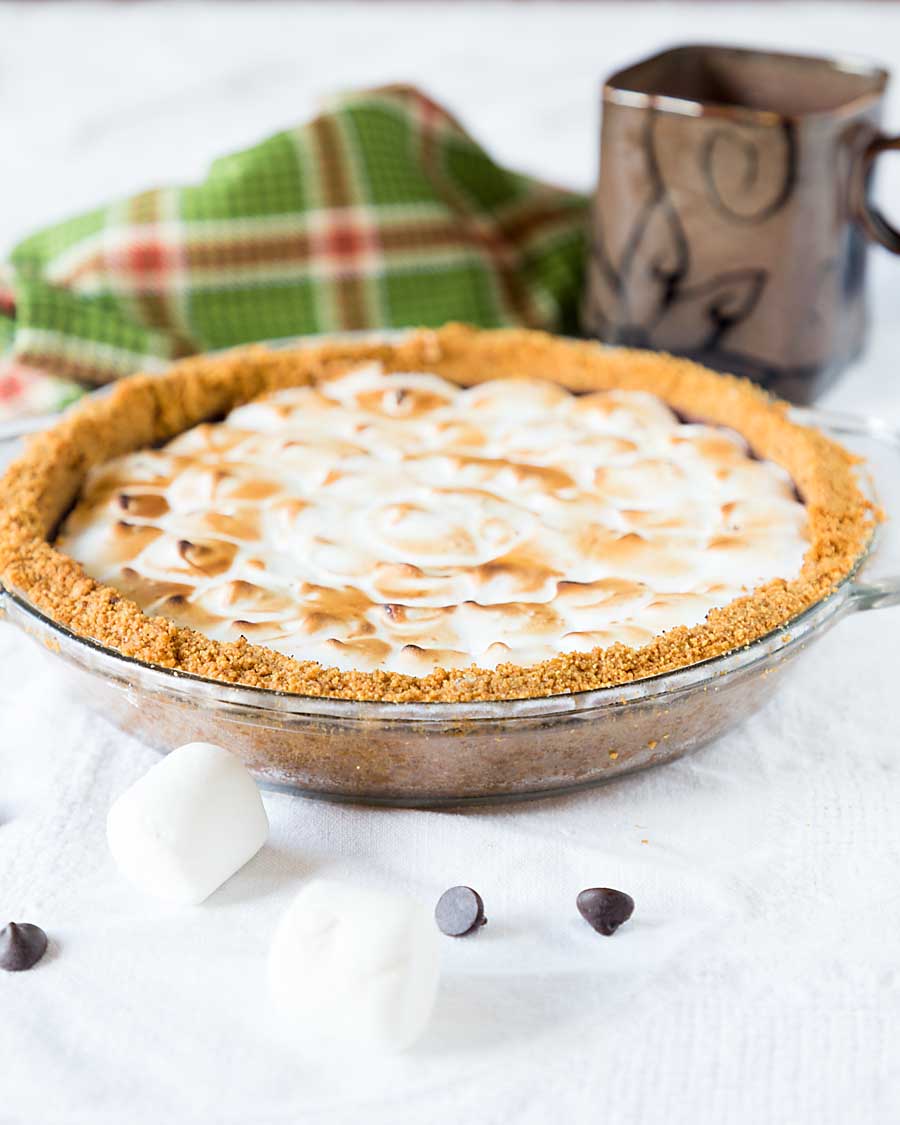 When I cut into the pie, everyone dug in. It got great reviews, especially from my daughter and niece, who were each on their second piece before I even finished cutting.

Sometimes it’s all about the kids. Even grown-up kids.