One of my local blogging buddies is expecting–isn’t that exciting!  To honor the upcoming blessed event we are having a virtual baby shower, dubbed… Baby’s Grand Adventure.  For my part, I am making Washcloth Bunnies as Baby Shower Favors.  We already have lots of wonderful cooks in the group, so I am chipping in with green party favors. 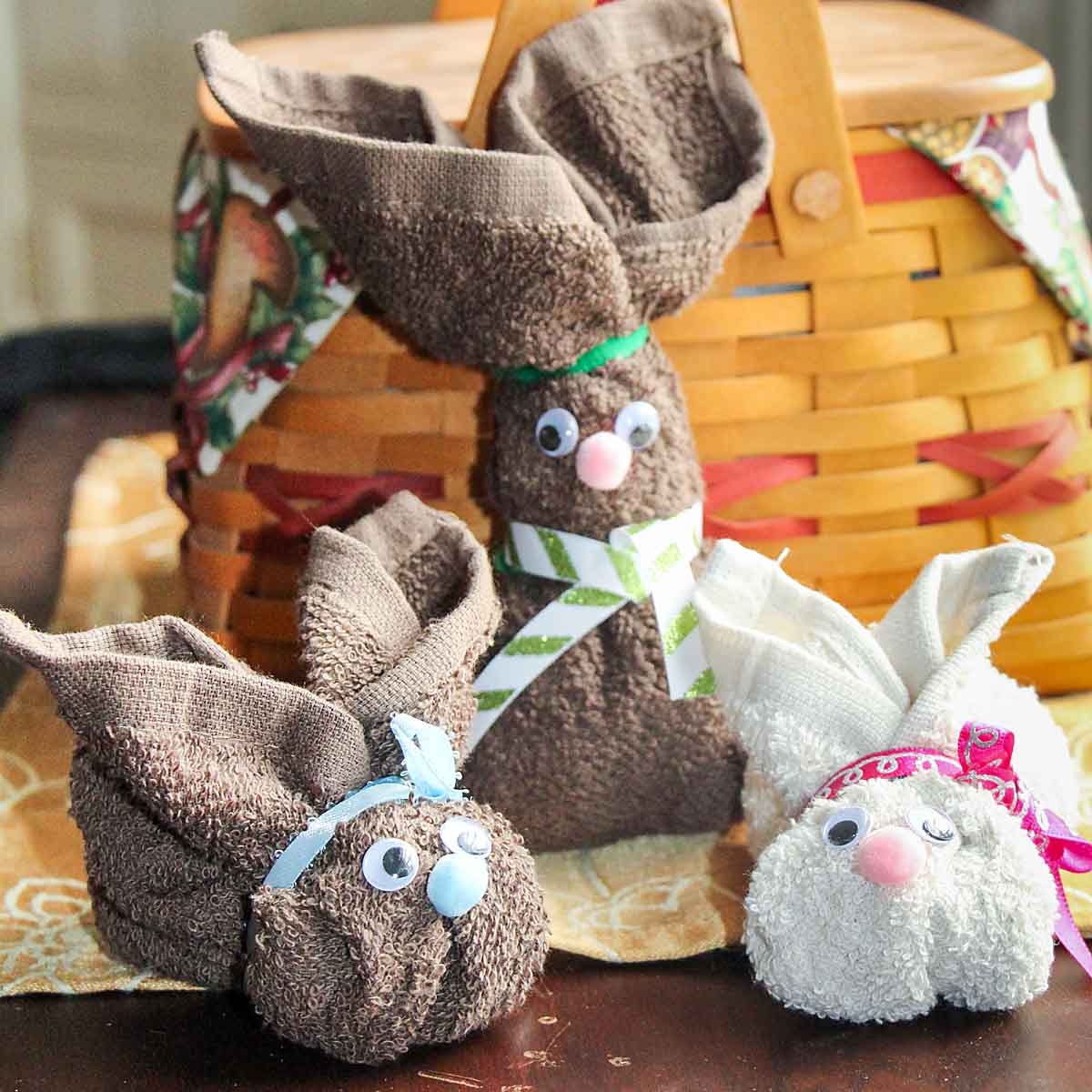 Around this time of year, I always start to think about holiday parties and how to make things a little easier on the environment.  We’ve already switched to packaging gifts exclusively in reusable bags with both Christmas  & baby shower versions (even repurposed from standard shopping bags).  But I’m always looking to do more. 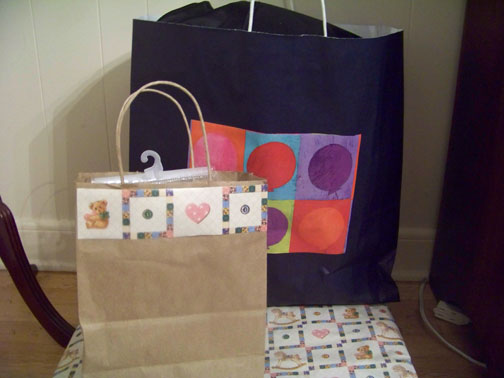 When I learned on the internet that I could make a washcloth bunny, I got an inspiration.  Why not create party decorations that had a future after the event was over.  It was all quite easy and I found everything I needed at Michaels’s and Kohl’s Department Store. 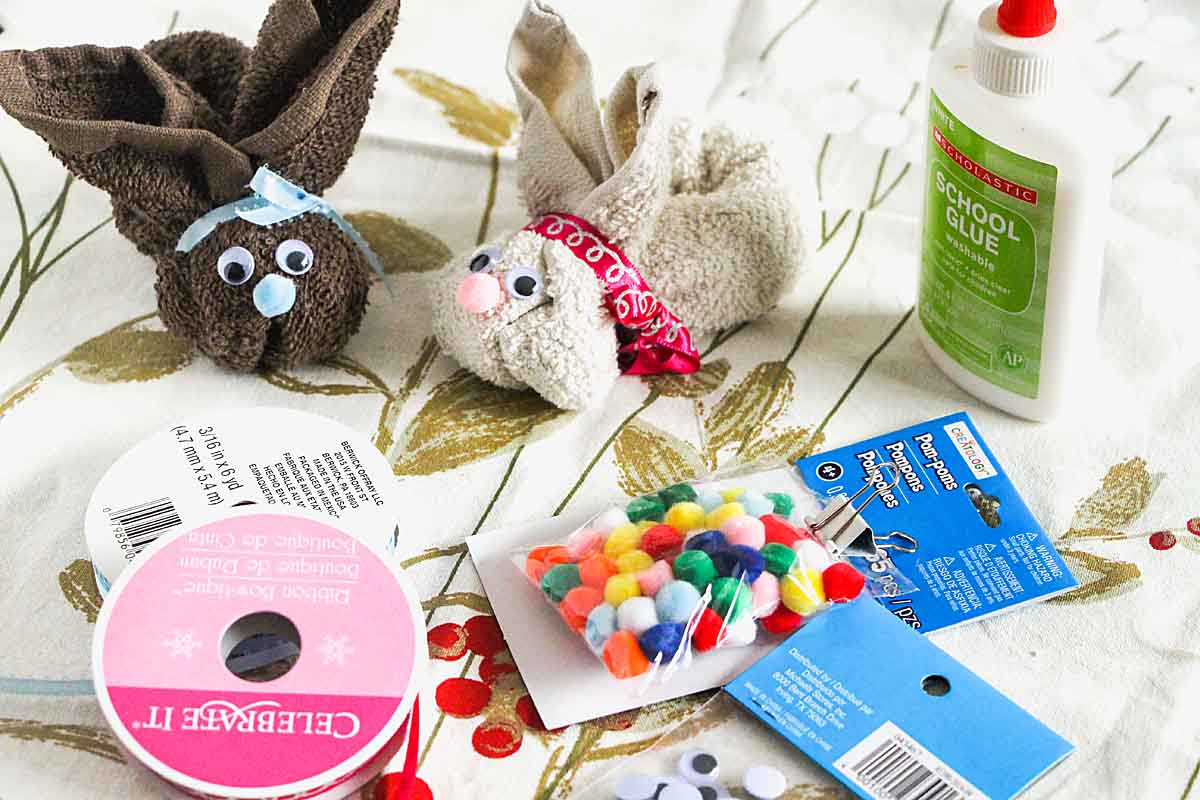 (*I used regular, not baby, washcloths that were still super soft, great value, and sized better for bunny-making.  These come in every imaginable color so you can even match your party’s theme colors.)

You assemble a washcloth bunny as follows:

Lay the washcloth flat and fold in half on the diagonal to form a triangle. 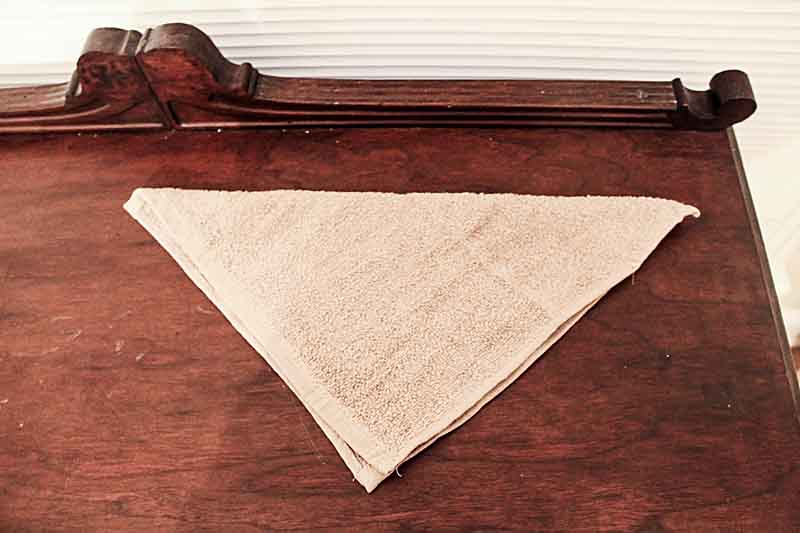 Roll the folded washcloth into a tube starting from the point (open side) to the long side (fold). 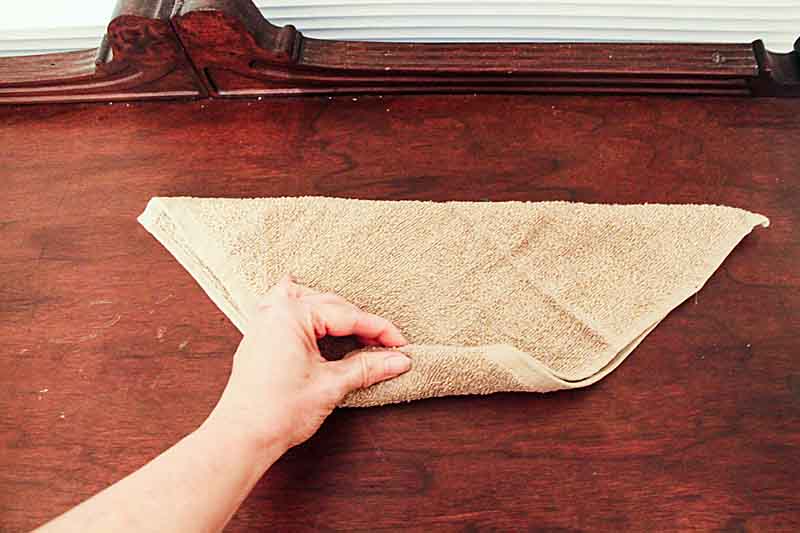 Fold the rolled washcloth “tube” in half. 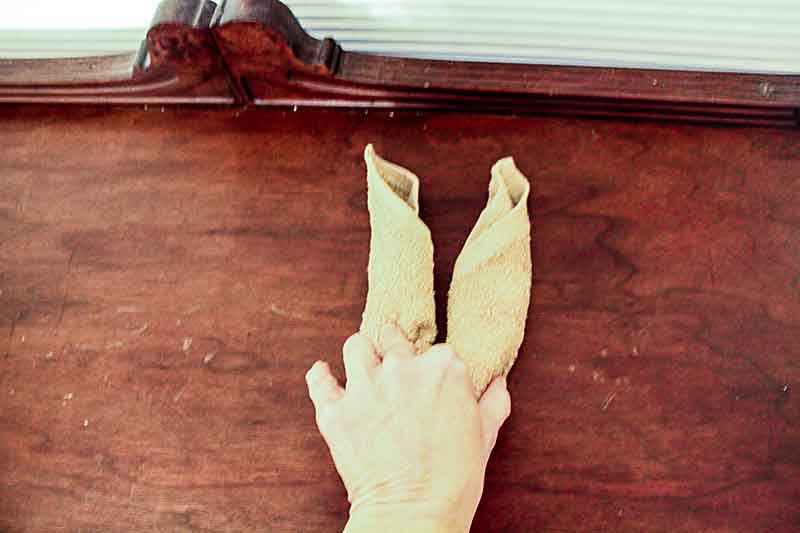 Fold back washcloth “tube” in half a second time. 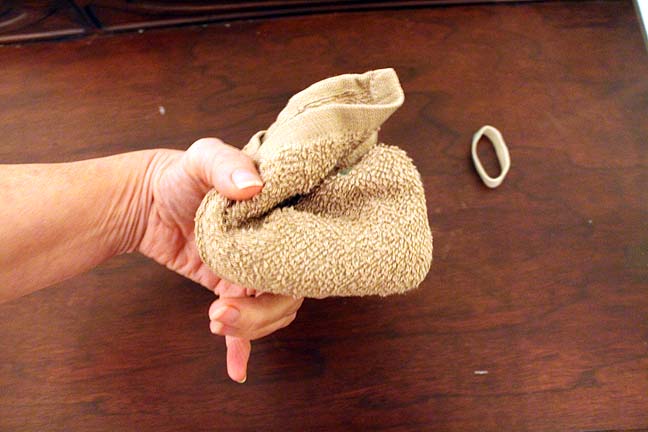 Place a rubber band around the washcloth about 2″ from the second fold. This forms the head of the bunny, with its ears sticking out above the rubber band. 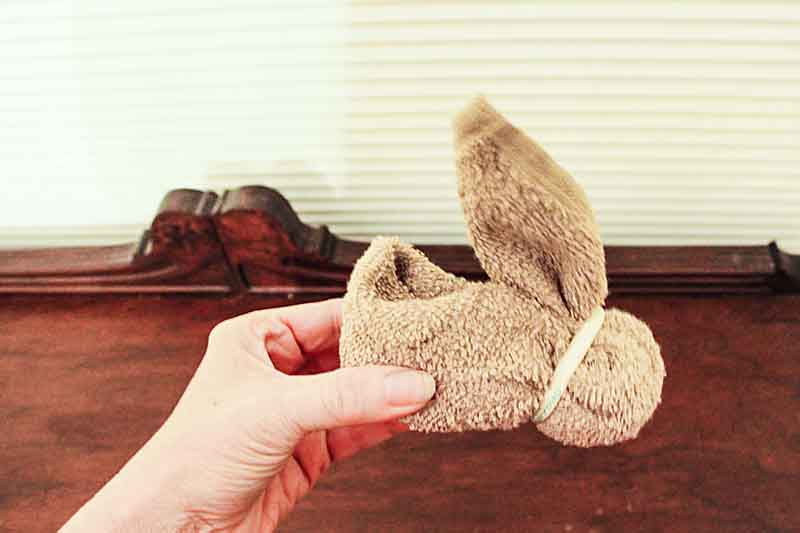 Glue on wiggle eyes, a pom-pom nose and decorate with ribbon. 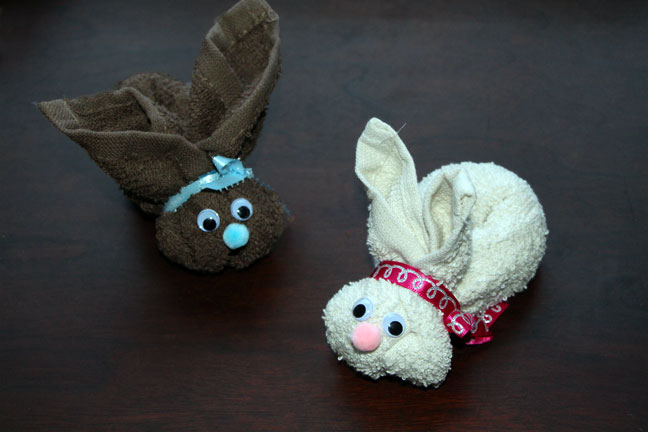 For another take on this, see Aunt Annie’s Crafts

Now if this were a real rather than virtual baby shower, guests could leave them for the expectant mother (I decided you could never have too many baby washcloths when my first child was born) or take them home.  And if you already have enough washcloths this would work great as a kitchen cloth.

These bunnies might also be cute in Easter baskets–for older kids only, with the choking hazards in this design. 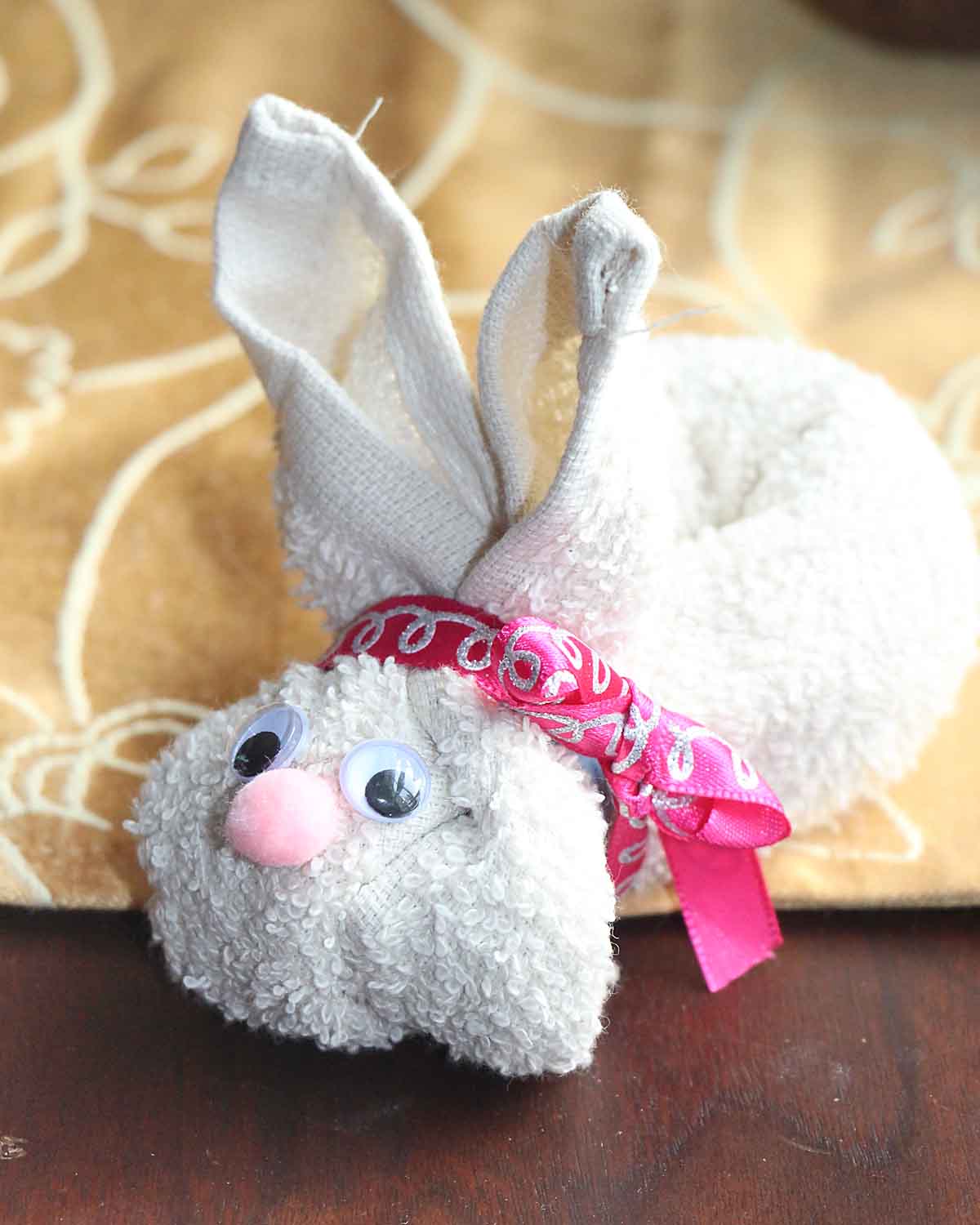 Now if you were expecting food from me–or if just you worked up an appetite watching, here are some ideas for shower food!