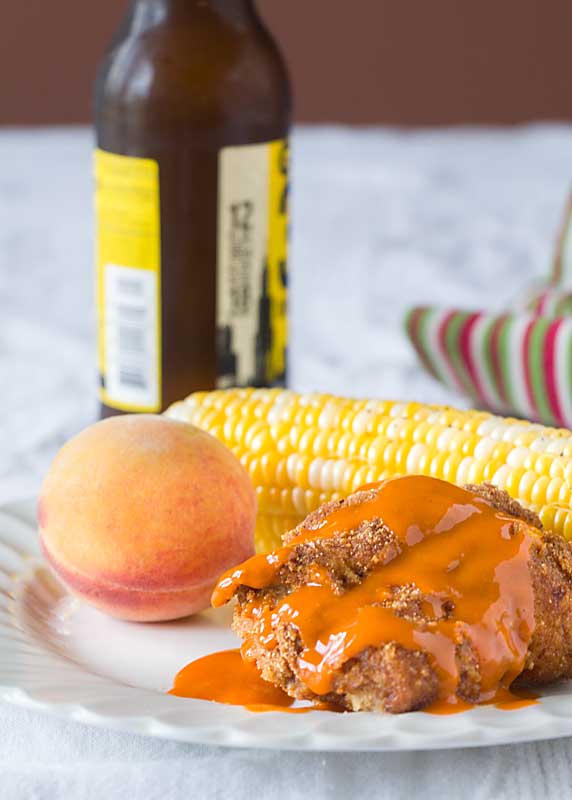 This Baked Buffalo Chicken Breast began as a problem — like many of my recent recipes (alas).  It all started at the American Cheese Society Conference, where I bought a lot of cheese.  Pounds and pounds. ‘Nuf said?

Though as problems go, I guess it’s not so bad 🙂

Now some of the hard cheeses that I bought were wrapped well and put in the freezer (did you know that many cheeses freeze well?).  Yes, come the holidays, we’ll be having some killer cheese plates.

Then I set to work on finding things to do with the rest including a lovely pile of blue cheese.  I remembered using it in buffalo chicken sliders a while back.  Could I do a new variation? 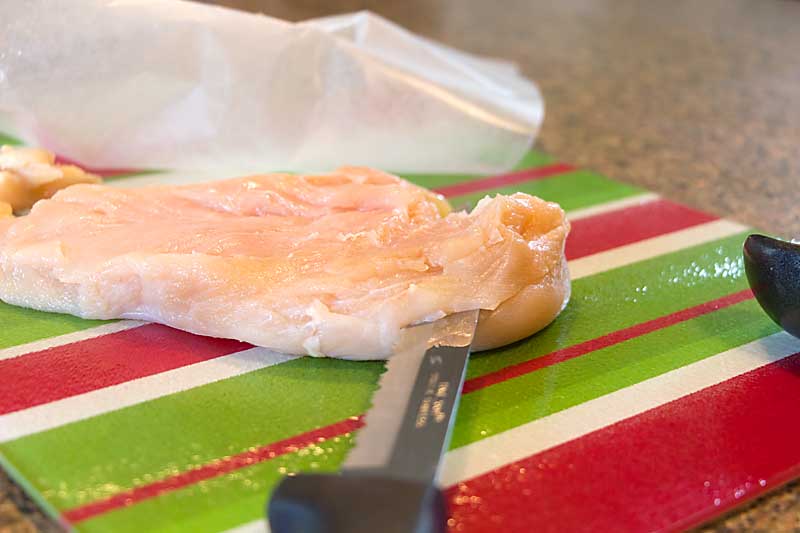 I wanted an entrée this time, rather than a sandwich, and I wanted it healthy, so I decided to try a Baked Buffalo Chicken Breast.

I cut some chicken breast thin (my piece was ginormous–if you start with a smaller breast, I would pound rather than slice). 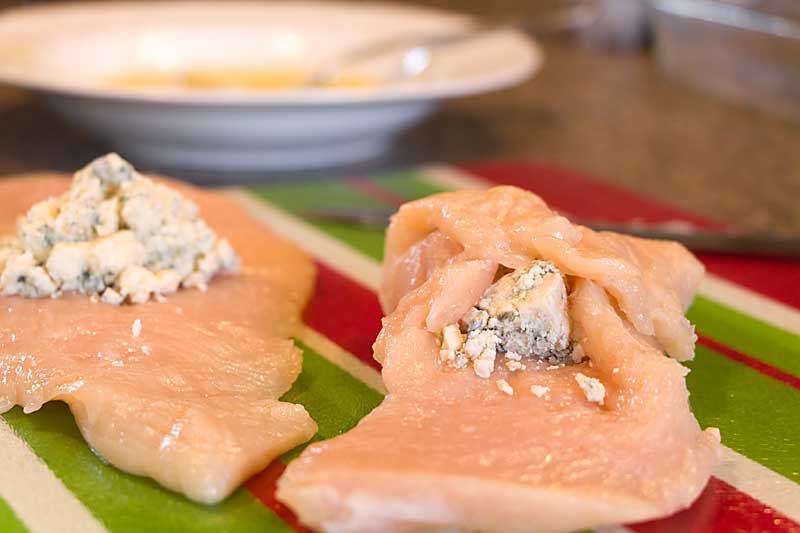 Then I topped with a couple tablespoons of blue cheese, folded in the sides and the top and bottom flaps over 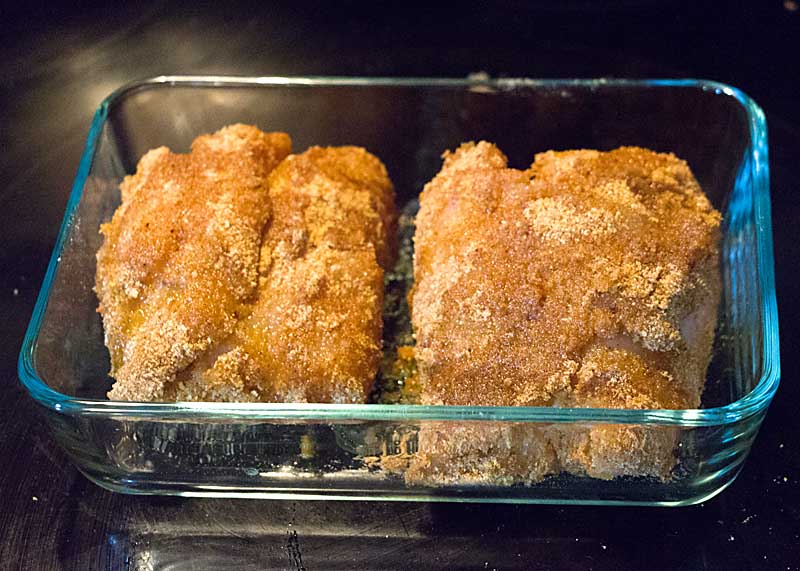 Next I breaded with egg and bread crumbs 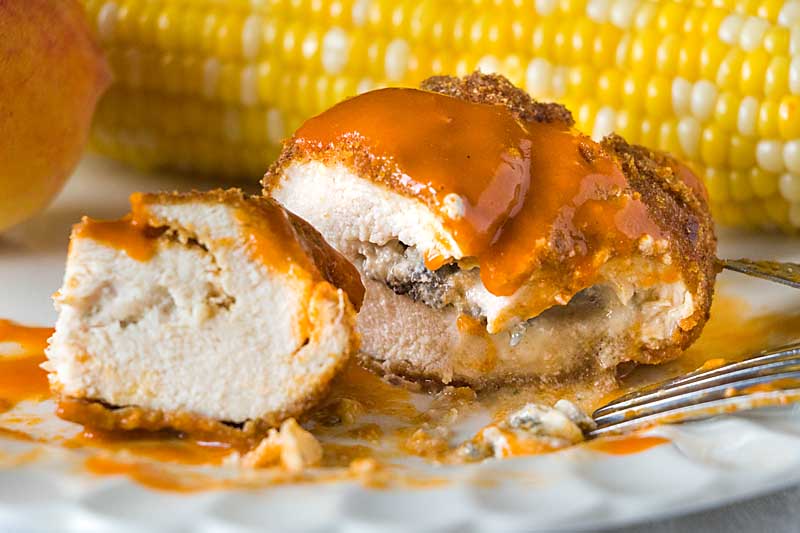 Finally I baked and topped with buffalo wing sauce to create this Baked Buffalo Chicken Breast.

And the results were (drum roll) easy and delicious!  With football coming up, I decided it’s a perfect game dinner, perhaps with some fresh local sweet corn and a piece of fruit. 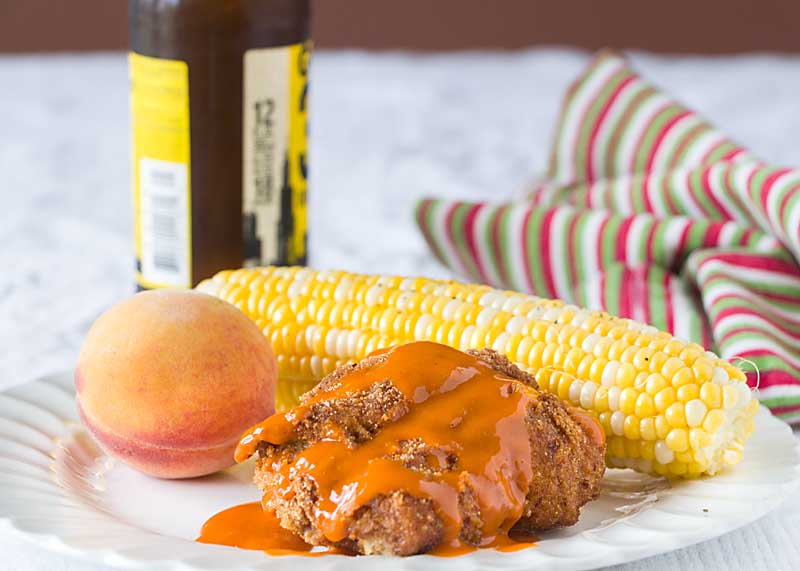 Perfect for a weeknight football dinner