Milk jam. Or Dulce de Leche. Now eating milk jam sounds truly wholesome… almost cozy… a treat spooned out of a vintage jar at a farmhouse table.  Dulce de Leche, on the other hand, feels more exotic and alluring–like a seductive temptation on a sultry night.  [Jump to recipe] 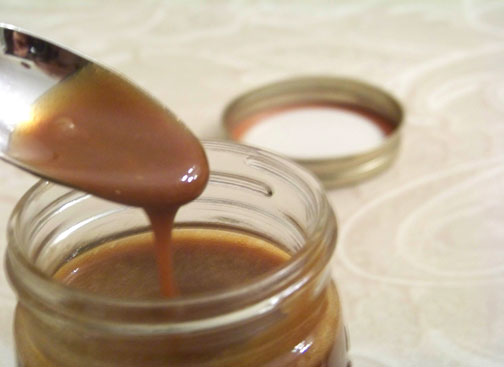 A spoonful of milk jam

Musical fans may remember a famous scene from Guys and Dolls.  The leading lady is visiting a Cuban night spot and really (as in seriously, deliriously) enjoying a drink called Dulce de Leche, that was described to her as milk with Bacardi rum “as a preservative.”   Although food historians believe the drink was created for the production (Bacardi has since produced a recipe), it has added some ongoing mystique to the term.

Alas, mine is more the former… 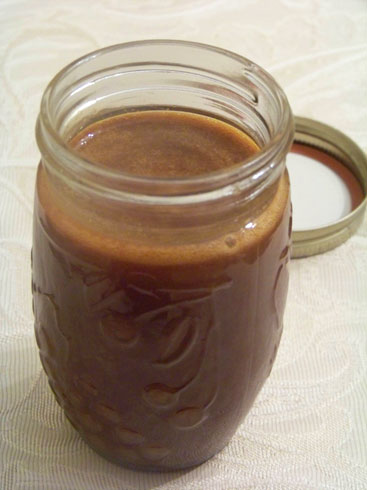 Milk jam is a sweet, caramel-y liquid made by cooking milk, sugar and vanilla for hours until thickened and caramelized.  Milk jam recipes are relatively consistent but may vary on the addition of baking soda and salt as well as the amount of sugar.  I tried my second batch without the baking soda and it seemed to cook (even) more slowly until I broke down and added it late.  When I searched for an explanation, I read that baking soda raises the boiling point of water allowing a liquid to cook at a higher temperature, improving caramelization and shortening cooking time.  When I used a lower sugar version, the thickening was even slower and I again broke down and added it late.  So the moral of this story is alter the recipe at your own risk…

So… what do you do with milk jam?  Basically anything you’d do with caramel–like use it as an apple dip.  Here are some of the other things we’ve tried: 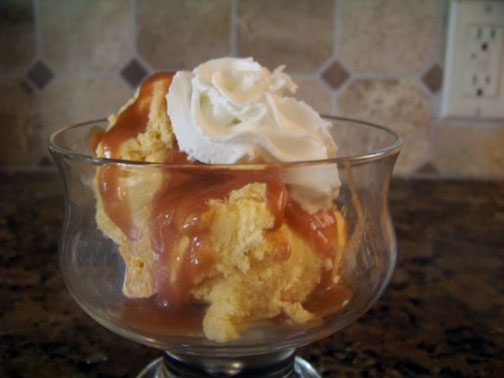 Eating by the spoon (shhh)!

1. Combine all of the ingredients in a large pot (it will boil up a lot, so make sure the pot is deep). 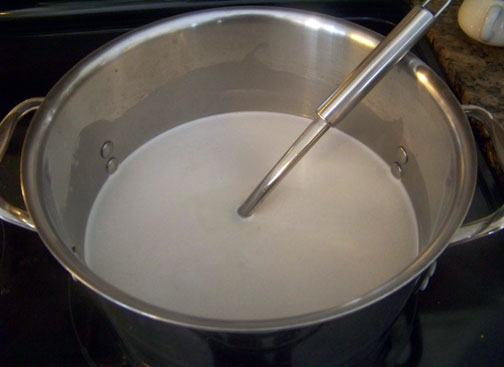 2.  Bring the mixture to a boil on medium high heat, stirring just until the sugar dissolves.  It will rise quickly when it boils, so keep watch and be ready to turn it down quickly.

3.  Turn the heat down to a simmer and skim the foam. Simmer uncovered for an hour, stirring occasionally, then remove any visible vanilla pod pieces, if using.  Continue cooking for another 1 – 2  hours (or even a bit longer),  stirring periodically and taking care to scrape the sides and bottom of the pan. 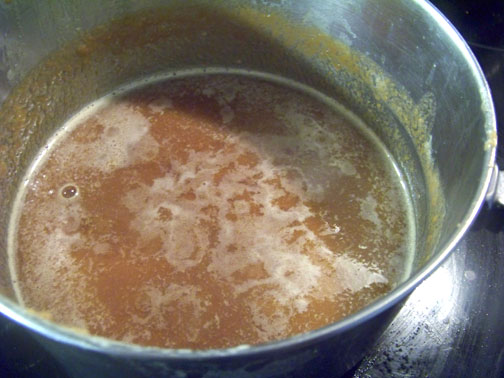 4.  When the mixture has thickened to the desired consistency (less time for a viscous liquid, longer for  thicker –note that it will thicken as it cools), remove from heat.  I tested by spooning out a little into a small bowl and popping in the refrigerator–which makes a nice taste test too!

5.  Strain (to remove any lumps and/or missed vanilla pod bits) and store in the refrigerator. 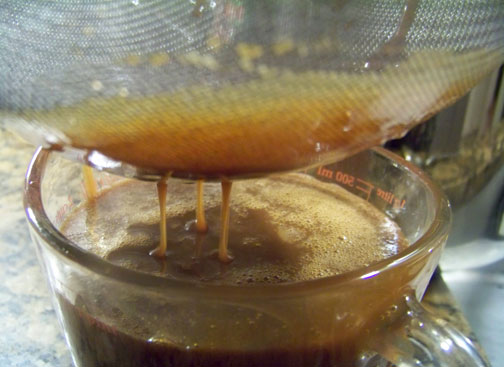 The recipe was really very easy.  The only real touchy spot was catching the initial boil up.  Although the cooking time is long, since it is a low simmer, you can do a lot while it cooks (I did a ton of baking yesterday).  Alton Brown says it will keep refrigerated for a month.  It would never last that long here!