What’s better for a special breakfast than homemade sticky rolls?  Of course yeast baking can be intimidating, not to mention time consuming. But if you are baking challenged or simply busy, this recipe for Easy Cranberry Pecan Cinnamon Rolls is for you. 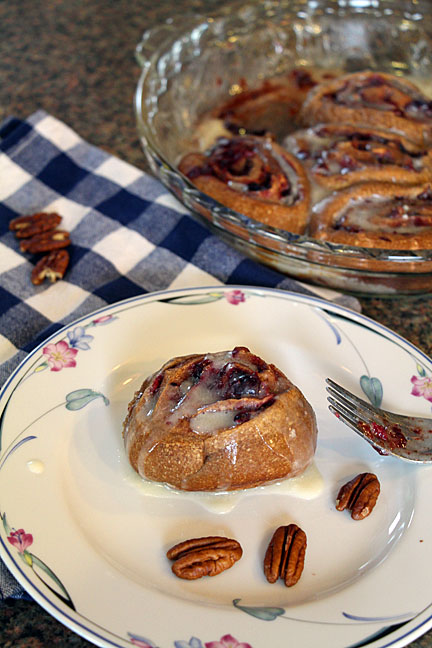 By starting with prepared pizza dough (I get mine at Trader Joe’s), and ready-made cranberry sauce (or other sweet filling), more than half the work is done–and all the scary is gone!

The inspiration came from Abby, one of my local blogging buddies.  She made Vegan Cinnamon Rolls, using pizza dough and swapping mashed banana for the butter!  When I made them, I was flabbergasted that something so healthy could be such a tasty (and practical) substitution for the 1000-ish calorie commercial style roll. Yes, I was seriously impressed–and I even used whole wheat dough. 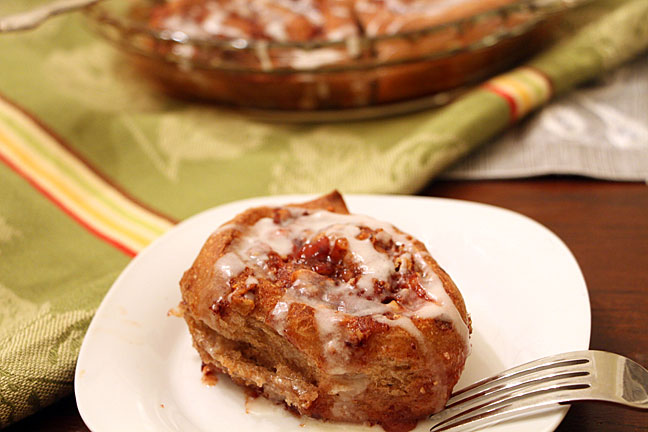 So with a pile of cranberry sauce in my fridge, along with some pecans left from my Maple Bourbon Pecan Tart, I decided to try a cranberry variation.  Cinnamon rolls two ways–life is good.

Out of cranberry sauce?  Banana, like in the original, or jam in a flavor of your choice (raspberry sticky rolls, anyone?), would be a wonderful substitution–just reduce the sugar a bit if you use jam, which tends to be sweeter.  Hmmm, now I know what to do if my homemade jam doesn’t disappear… 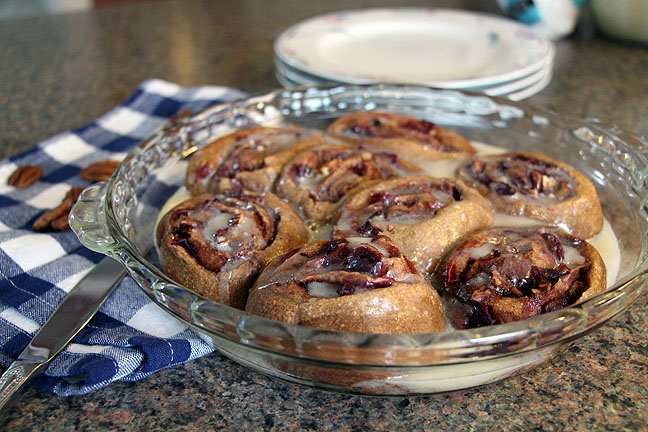 Here is how easy it is: 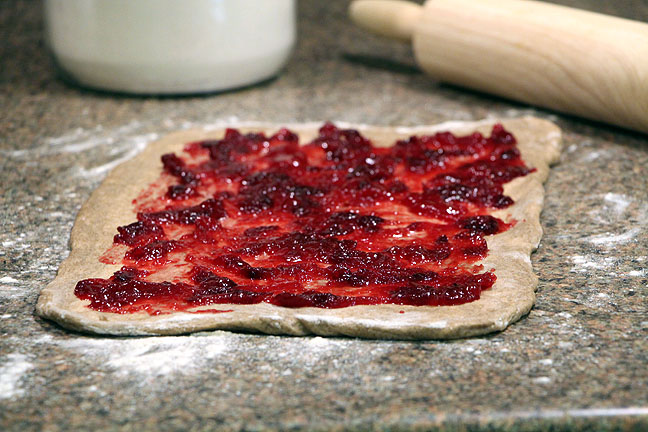 Toast pecans and sprinkle on top… 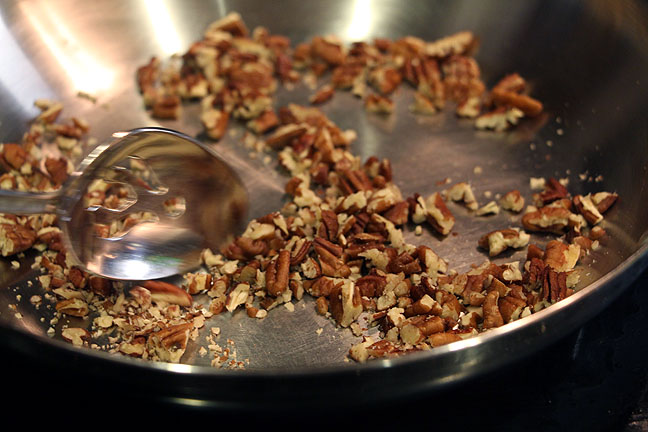 Add brown sugar and cinnamon, then roll it up… 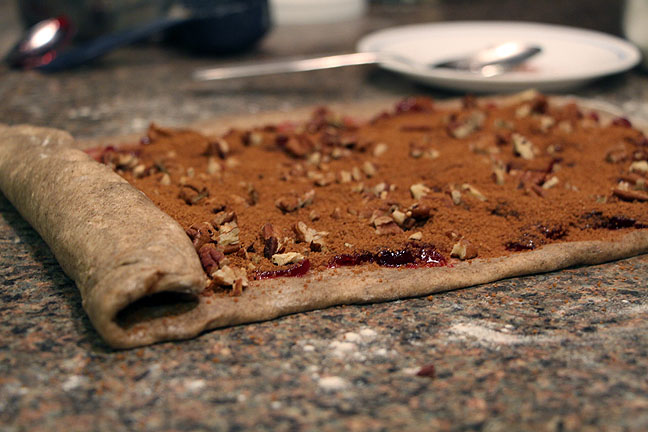 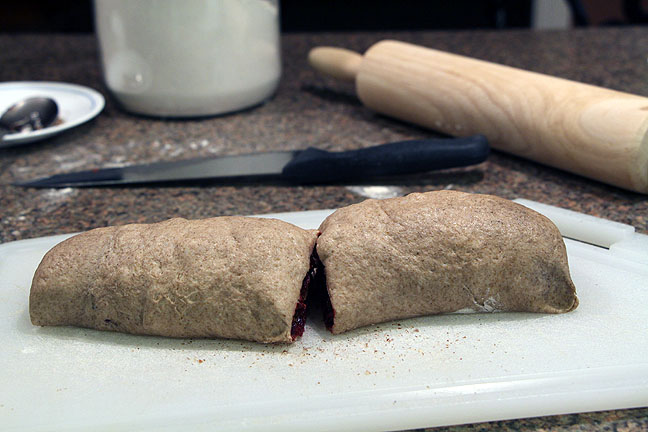 Place in a baking dish to rise in a warm place (in the winter, I use the microwave with the light on) from 1 to 3 hours (here I learned that fresh pizza dough rises much faster than dough that’s been in your refrigerator past the expiration date). 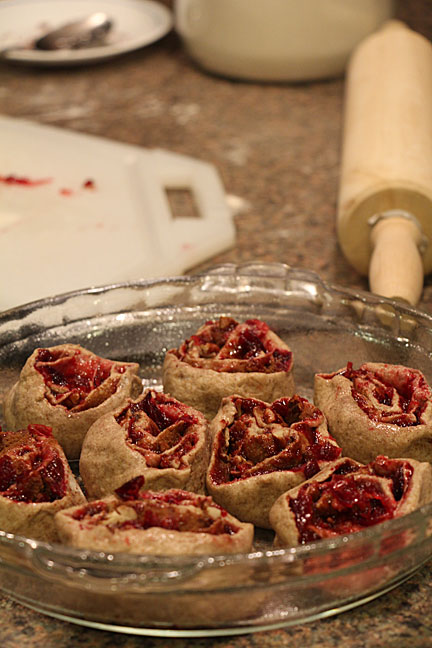 Then bake and drizzle with powdered sugar glaze (or cover the risen, but uncooked rolls and refrigerate to bake the next morning)… 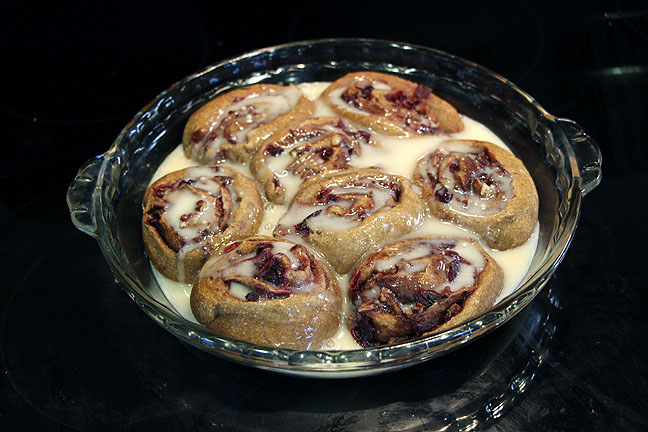 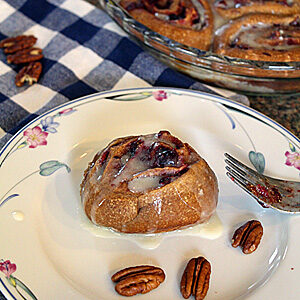 If you are baking challenged, or simply busy, this recipe for Easy Cranberry Pecan Cinnamon Rolls, starting with pizza dough, is for you!
No ratings yet
Print