When cold season hits, what’s better than a nice home remedy?  Of course, chicken soup is a classic, tasty and warming!  But how about shaking things up with a traditional Greek Egg Lemon Soup (Avgolemono).  Even better embellished with dill and shredded spinach! 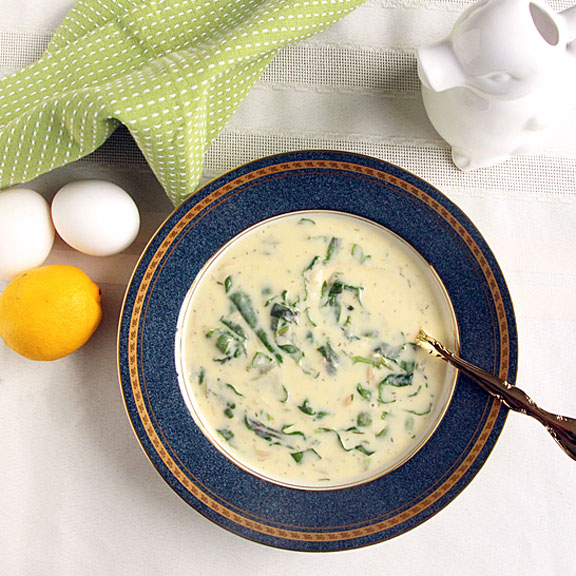 Egg Lemon Soup with spinach from above

My husband has been suffering from a bad cold for the past week.  A fever of 102F. Sniffles. Even pink eye!

So after a week of hot tea and vaporizers, it was time to call out the big guns–homemade soup!  Since the upcoming Easter holiday has me thinking of eggs (and I am one of three non-vegetarians on the planet who doesn’t like chicken soup), Egg Lemon Soup won the toss. 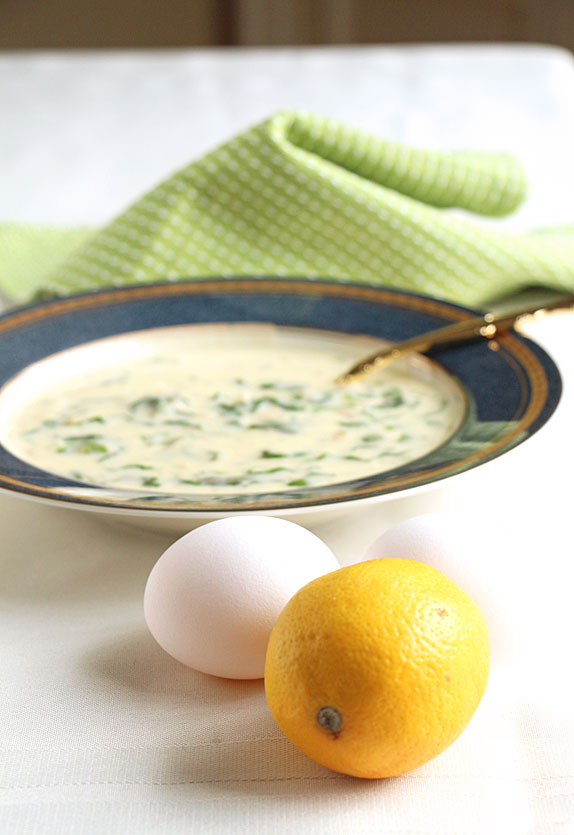 Egg Lemon soup is a rich, thick, lemony soup containing rice or orzo pasta.  It is a traditional Greek dish that I first tasted in a childhood blessed with ethic fine dining. 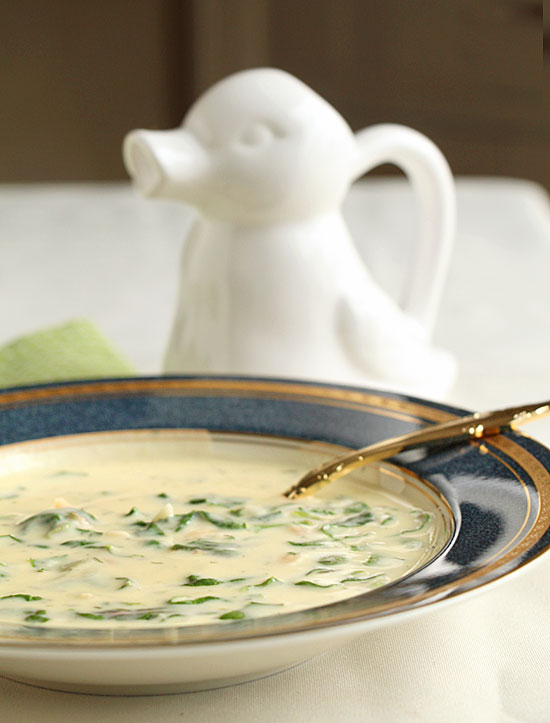 So it was fun and nostalgic to test this, experimenting with different ratios to get a soup that matched what I remembered. To simplify thickening, I bypassed the customary tempering that troubles many cooks and mixed my eggs with cool broth before adding, then heated to 165 F.  (Did you know that this is scientific–see here for the reason behind 165F.) 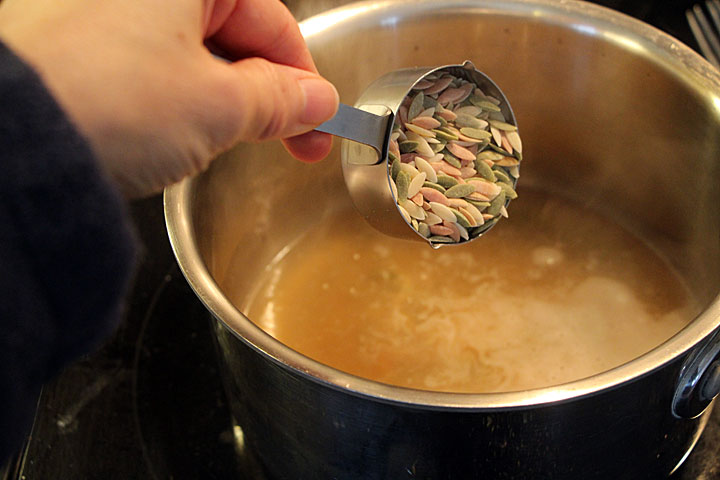 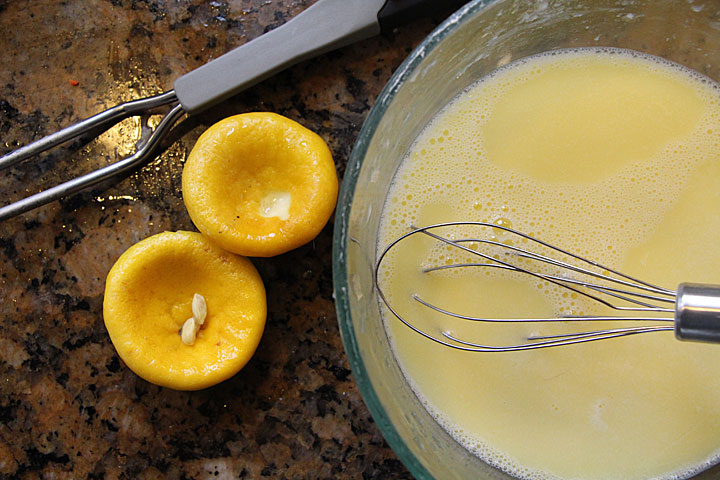 Blend eggs with lemon and broth, then blend in hot broth and orzo

Finally, in my best “can I add another vegetable to this” tradition, I added some julienned spinach at the end.  This adds nutrition and has the side benefit of slowing the cooking when you’ve reached the proper temperature/thickness.  And if you are looking for a main course, feel free to add diced chicken! 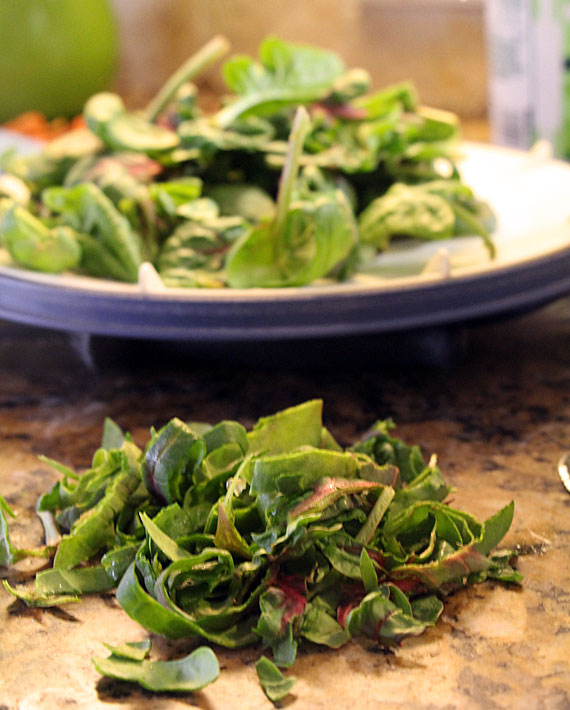 The soup was quick and easy–ready in about 15 minutes!  Yes, I would happily share a bed tray of this! 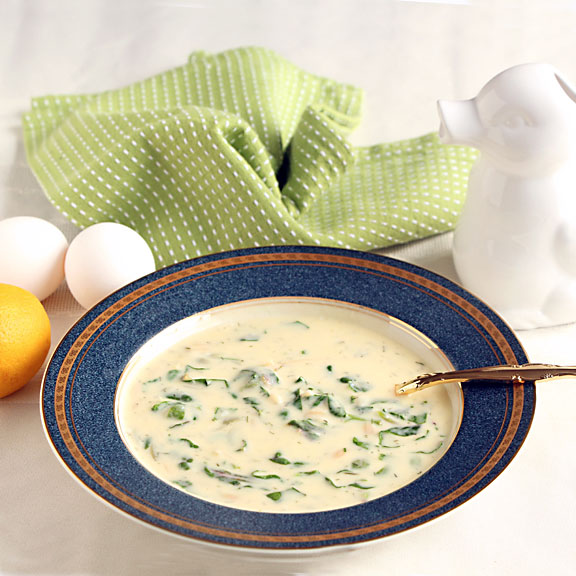