Simple and tasty, fried potato steaks with sour cream takes most of the work our of potato dishes like hash browns or American fried potatoes. 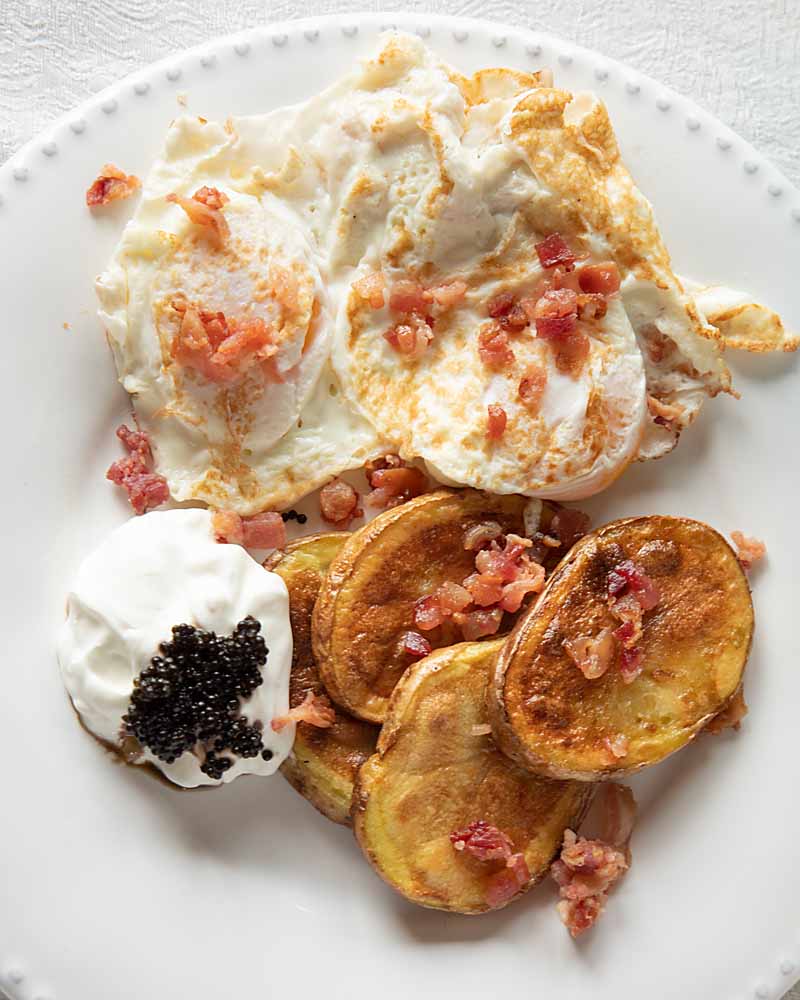 I feel a little guilty calling this a recipe.  Because it’s really more of a technique. But it made breakfast potatoes so easy and fool-proof, that I had to share it with you.

‘Cause who’s spending what seems like forever in the kitchen lately? 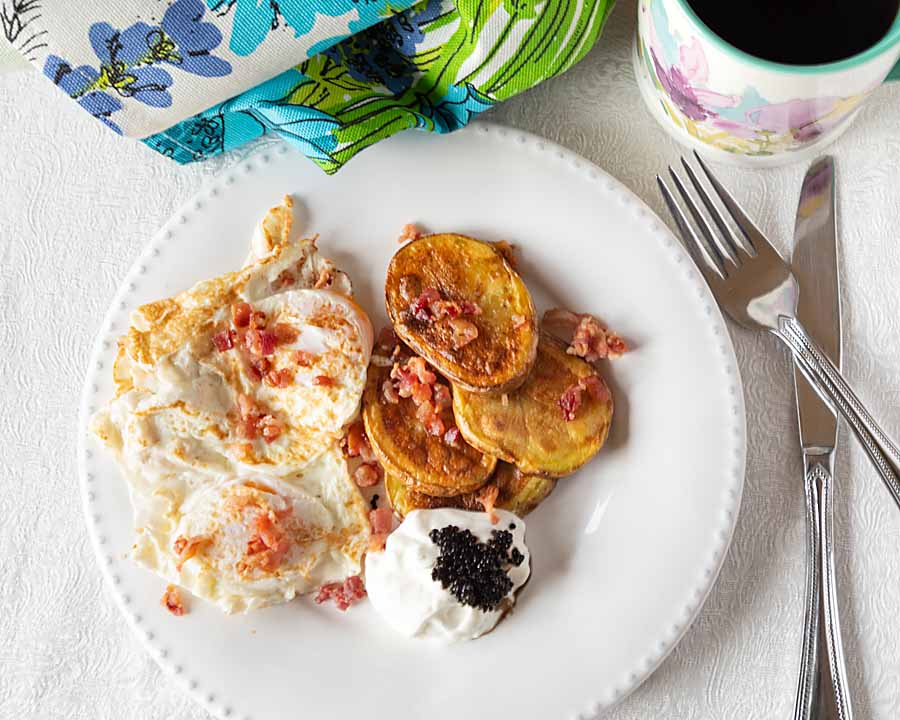 Now in the past, I used a different process for breakfast potatoes. I’d quarter and boil the potatoes, cut them in small-ish cubes, pat dry, then fry, taking a lot of care to turn them over properly. It’s not horrible but it did feel like actual work. And sometimes they get beautifully brown all over and sometimes they didn’t.

Then one morning, seriously tired of making breakfast every day, I decided to change this up. 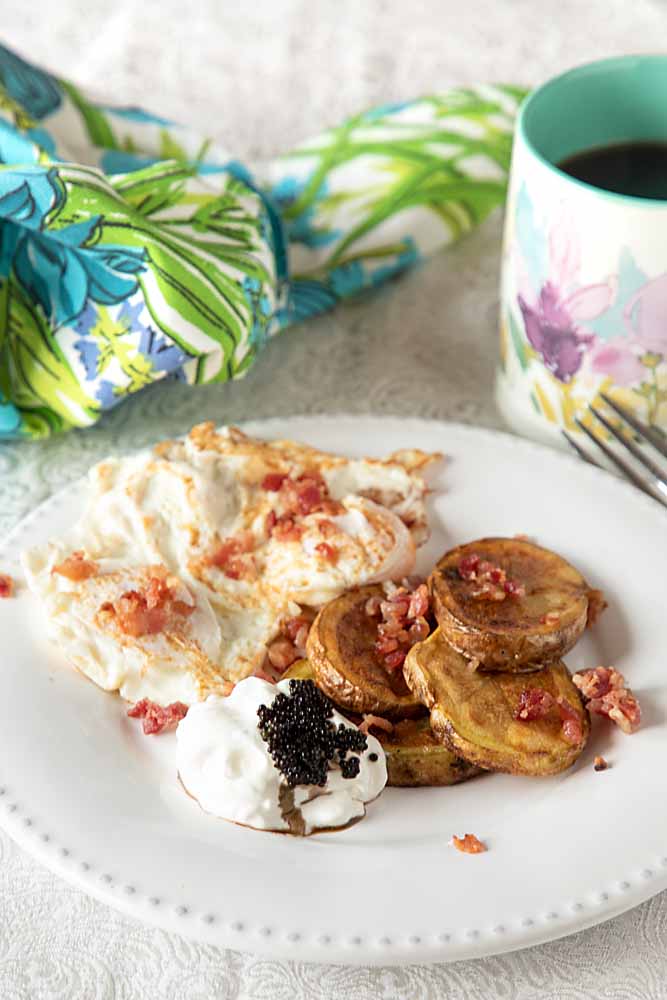 I simply sliced the raw potatoes, microwaved them on the potato setting, then transferred to a frying pan with a layer of hot oil. A few minutes later, they were golden and I flipped them to brown on the second side. Easy peasy and every “steak” was perfect. 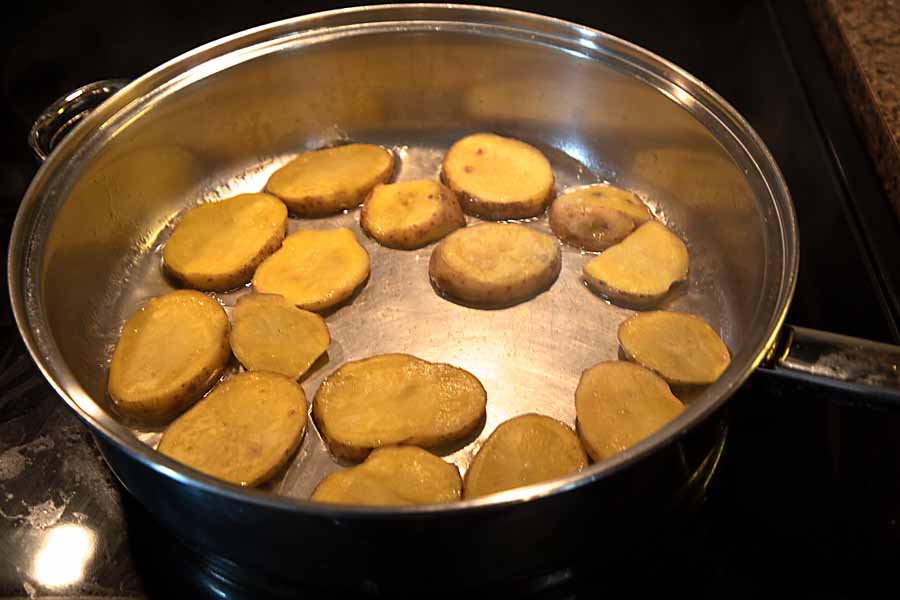 Then, since I am using things up—and happened to have bacon crumbles, sour cream and caviar from an earlier recipe, I used these to garnish. Absolutely delicious!

Yup, who could use an serioously easy breakfast that’s uber tasty now?

I’d even serve this as a dinner side! 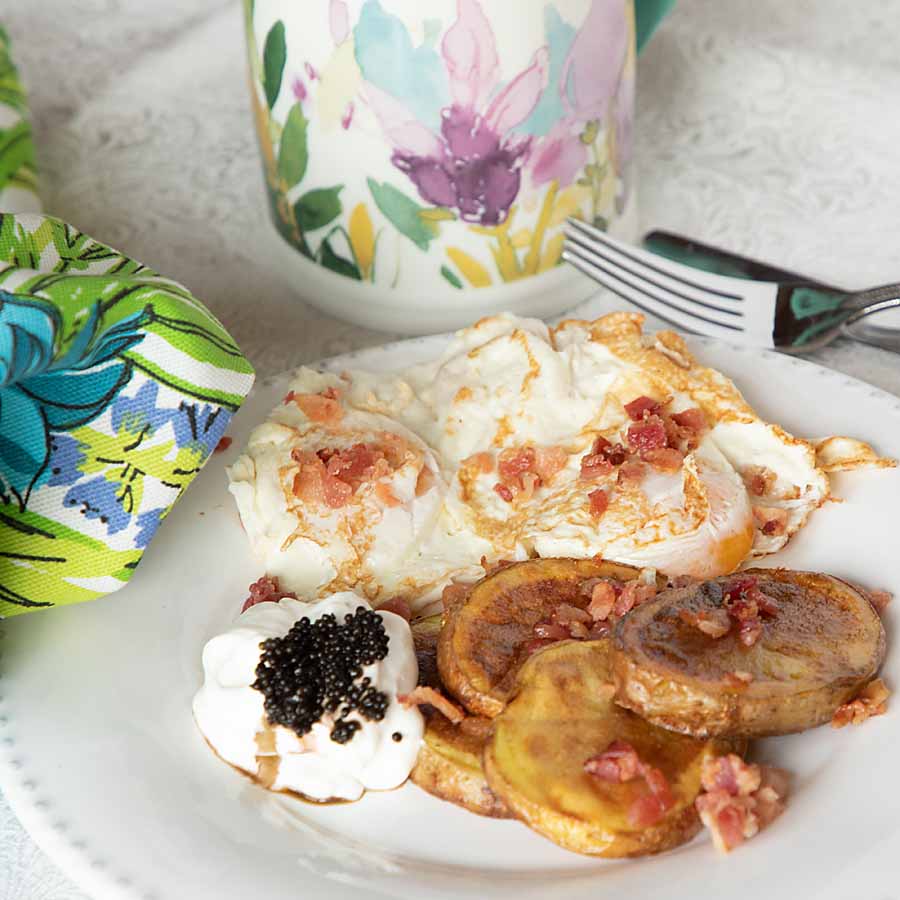 In a large frying pan on medium high, heat the oil until hot.  Add the potato slices, laying them flat, and cook until bottom is golden.  Using a flat turner, flip the slices over and cook until browned on the second side.

Top with a dollop of sour cream and the garnish(es) of your choice.