I just began my second batch of preserved lemons.  The first was started right before Thanksgiving, aged a month, then quickly began to disappear. 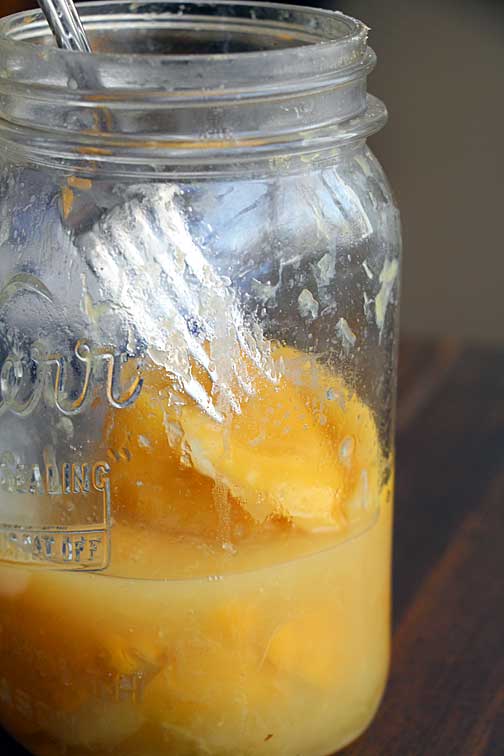 Preserved lemons are salty, lemony, flavor bombs that can rev up a bland dish and give it some exotic nuance. According to Wikipedia:

Preserved lemon or lemon pickle is a condiment that is common in Indian and North African cuisine… Diced, quartered, halved, or whole, lemons are pickled in a brine of water, lemon juice, and salt; occasionally spices are included as well.

For my first foray into using my preserved lemons, I diced some and added it to sautéed Swiss chard for a distinct flavor boost. Next I made Israeli Couscous with Butternut Squash and Preserved Lemon–which turned couscous into something delicious rather than a dish my family considers bland enough for torture. I then tried a Moroccan lamb neck dish which was delicious–other than the lamb neck–so I am waiting to see if it’s better with chicken.  And Tammy from Agrigirl suggested pizza with preserved lemon and arugula–doesn’t that sound good! 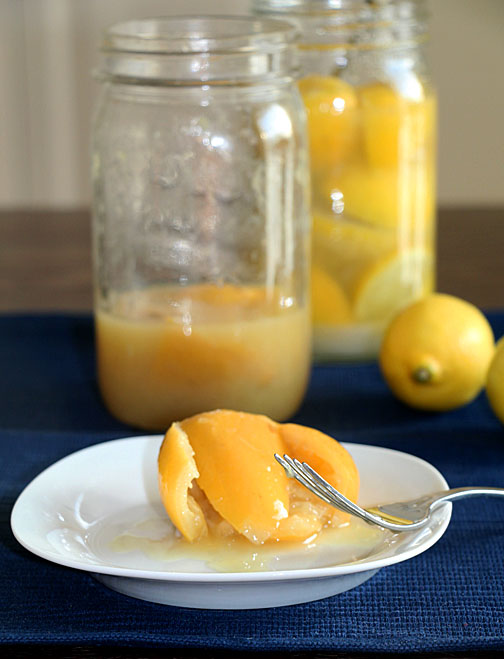 Preserved lemons are easy to make.  I started with two bags of Organic Trader Joe’s lemons (a steal at $1.69/bag!), a big container of sea salt and a quart canning jar.  Since the lemon peel is a big part of the recipe, try to use organic if you can.

My jar held six (small) whole & one quartered lemon and I topped it with the juice from four more lemons.  Fifteen minutes later, I had a jar ready to set into my preserving cupboard (where I keep my baby vinegar and vanilla marinating in bourbon) to ripen for spring. 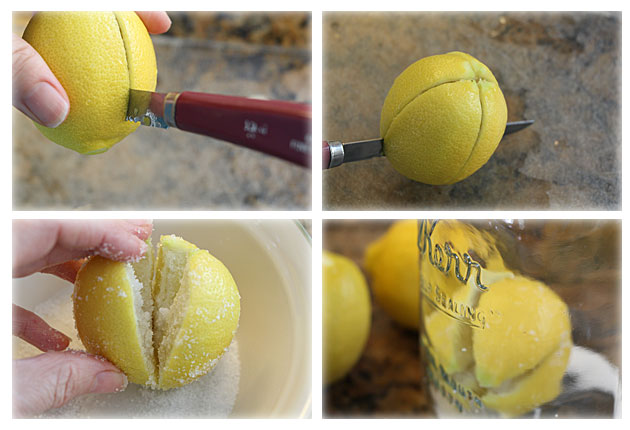 Traditionally the lemons are cut in a distinctive manner–left whole but partially quartered lengthwise.  Erica of Northwest Edible Life suggested that fully quartering them would make preparation more efficient and assist packing tightly into a jar.  I have grown kind of attached to the unique shape, so I stuck with that for the most part, but quartered one lemon to fit it a couple empty spots.  Best of both worlds! 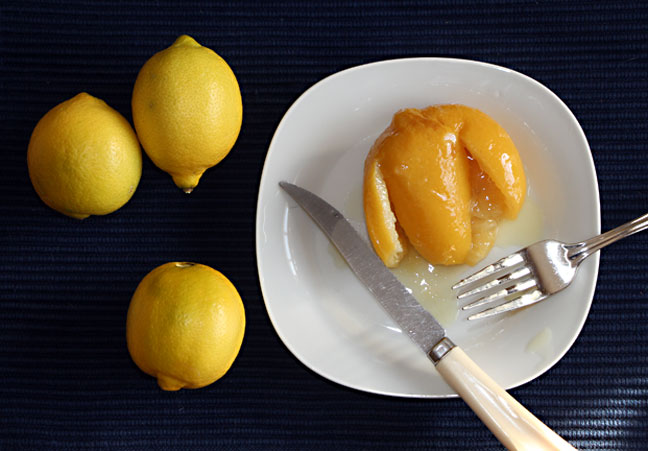