Whew, last week was wild!  But not so wild I didn’t have time to try a new recipe for Pumpkin Soup… baked right in a pumpkin!  Now most of the pumpkin soups that I’ve had have been curried or sweetened but this one was very different–a bit like a savory French Onion Soup with pumpkin added.  Mmmm! 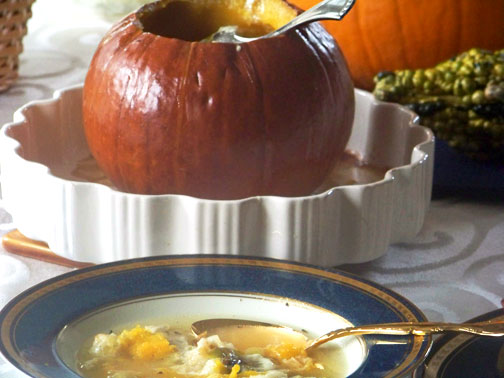 But first back to my week.  I spent the first three days in Boston on a college visit trip with my middle daughter.  It was fun but exhausting; Boston is beautiful but it sure has a lot of stairs!  My big takeaway was the resolve to get a small camera that will go in my purse, so I never miss another shot (and so my readers don’t miss a trip post )!

Following my return I had exactly 1 1/2 days to clean the house and prepare for a luncheon with a couple of girlfriends.   I had picked up a case of pie pumpkins on sale from my buying club so I was itching to try one of those really cute dishes-in-a-pumpkin. 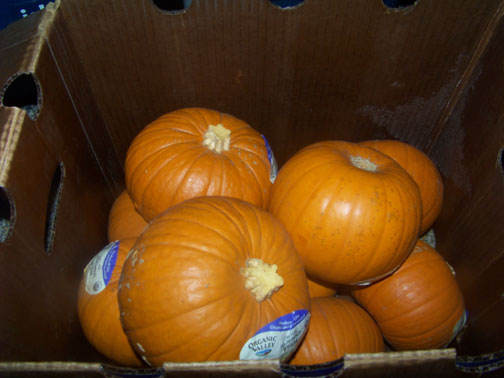 My Case of Pie Pumpkins

I found a recipe online that sounded good and decided to do a test run the night before.  Call me paranoid, but I had visions of broth spilling out all over the oven  (along with any number of other possible disasters).  I didn’t spend years as an IT director without developing a keen ability to anticipate disaster in any activity!

Well it turns out that my concerns were well-founded.  Despite care in preparing the pumpkin, I did have a fair amount of leakage.  And even if nothing had escaped, there still wasn’t enough broth.  So I retrenched.

Pumpkin soup number  two involved filling everyone’s soup bowl half full with chicken broth and then bringing the pumpkin brimming with leeks, herbs, bread and cheese (and just a little broth) to the table.   Table-side, I scooped out the filling along with big shavings of orange pumpkin flesh and added this to each broth-filled soup bowl.  Victory! 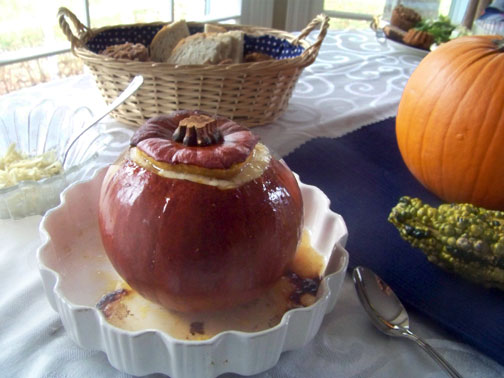 1.  Cut a round out of the stem end of the pumpkin, remove and set aside.  Scoop seeds and stingy flesh from pumpkin (like you do to carve one) and discard (or compost strings and save seeds for roasting) 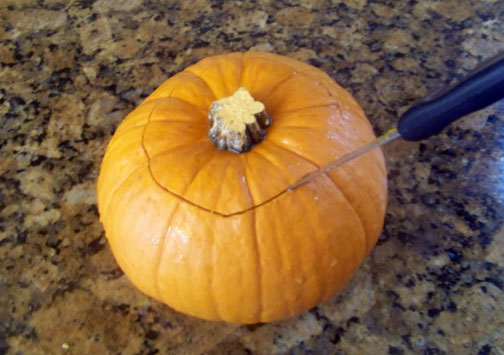 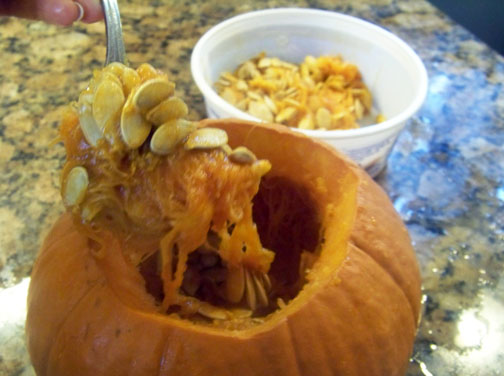 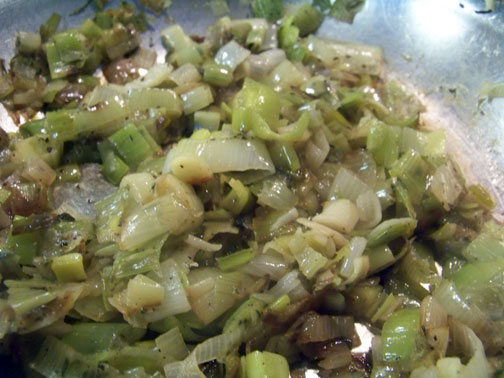 3.  Layer pumpkin with leeks, then bread cubes, then grated cheese in multiple layers until near the pumpkin is nearly full.  Pour in enough broth to reach the top (shouldn’t be a lot). 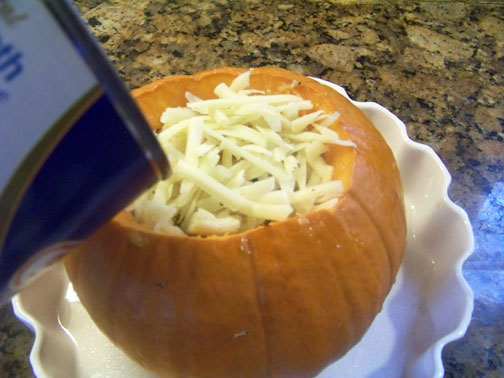 4.  Replace top, place in deep baking dish (to catch leakage) and bake at 350 for about 1 1/2 hours until pumpkin is slightly tender but still holds its shape. 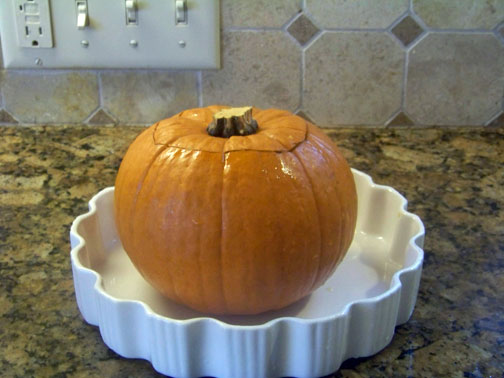 Soup in a Pumpkin Oven Ready 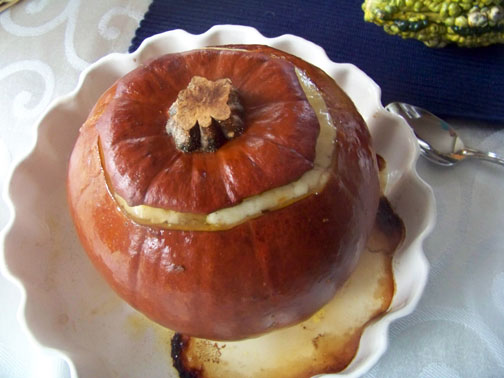 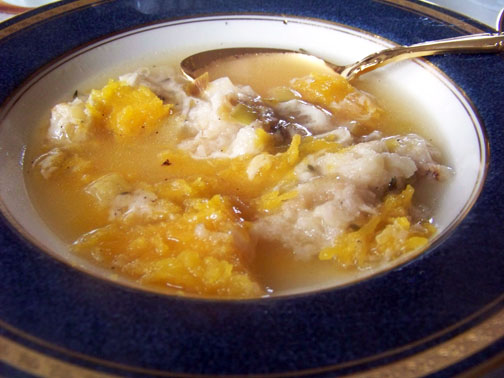 Once I had the technique down, the recipe was very easy and clearly a winner–both of my lunch guests had seconds!  The leftovers went to  my sister and my “you know I don’t like pumpkin, Mom” daughter who gobbled it down, declaring “it doesn’t taste like pumpkin!”

A creative meal for guests and a kid-pleasing serving of veggies –hooray!

25 thoughts on “Savory Pumpkin Leek Soup (Baked in a Pumpkin)”