Do you know what’s lurking in the back corners of your refrigerator?  I dare you to look!  I just found two partly used packages of cranberries on the bottom of my fruit drawer.  Since we have all had our fill of cranberry sauce this season, I made Pickled Cranberries! 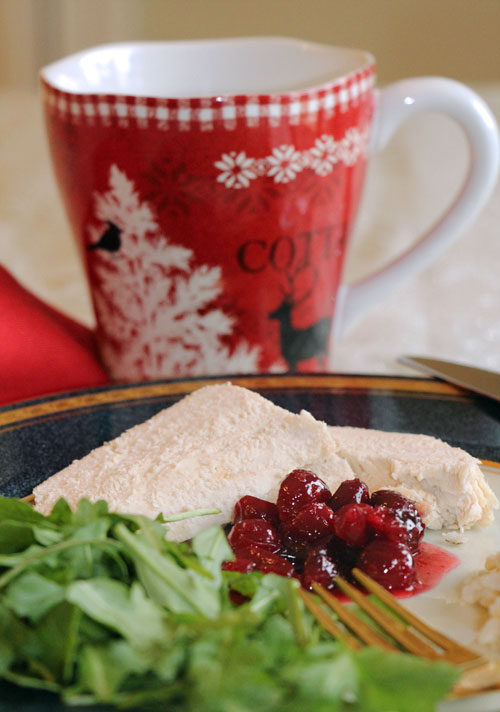 While canning is often considered the province of summer and early fall when bountiful harvests abound, there are some foods that are great to preserve in early winter, including cranberries and citrus fruits.

My recipe came from Food in Jars canning guru Marisa McClellan by way of Serious Eats and I made two changes.  Instead of whole spices, I used ground to simplify the effort.  Then I cut down the amounts to match the cranberries I had on hand and to make less–just in case it didn’t go over. 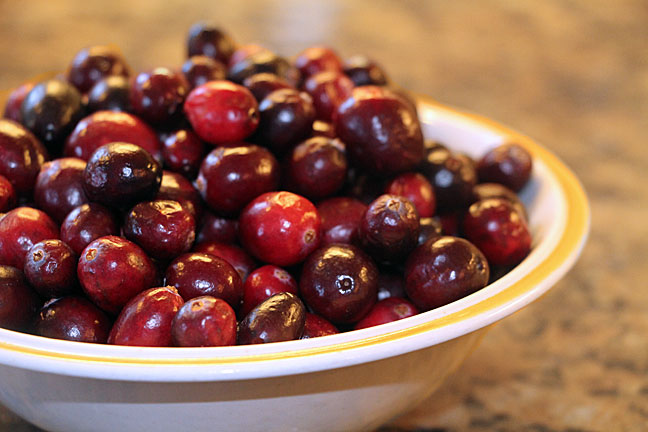 I needed have worried.  The pickled cranberries tasted a lot like spiced cranberry sauce but fresher and less intense.  The cranberries were delicious alongside a chicken that I roasted.  They also worked well on an arugula salad with a dressing made from the sweet/sour pickling liquid mixed with olive oil, and all topped with toasted pecans!  Marissa notes that the pickling liquid is essentially a shrub (to learn about shrubs see this post) so anything I have leftover will become part of a tasty beverage. 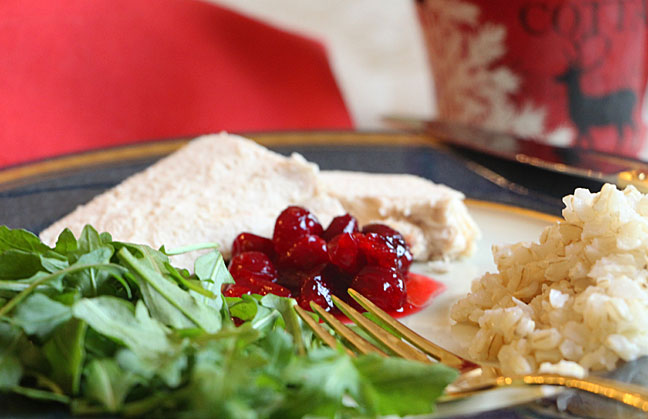 It’s nice to start the new year with a fun recipe success!  And I have already added pickled cranberries to my “must can” list for 2015!