It started with leftover wine.

Not just any wine, but the white from my father’s funeral.  At the end of the bittersweet evening, hugs were exchanged and goodbyes said.  Wine under one arm, flowers under the other, I made my way into the winter night.

The flowers lasted nearly two weeks.  Since I am more of a red wine drinker, the wine held on into summer.  Open but refrigerated, I wondered if it would turn (become vinegar).  But I was not throwing it away. 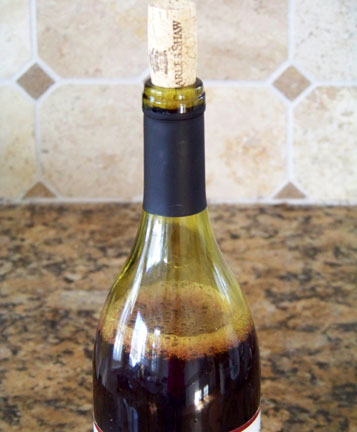 Around that time I finished off a bottle of white wine vinegar and the idea hit.  Why not “turn” the wine myself.

And so my first homemade vinegar was born.  My father was a serious food lover and I like to think he would have approved.

Safety note:  You should not use homemade vinegar to make pickles or other preserved foods because the acid levels may not be high enough to preserve safely.  But they are awesome in salad dressings!

.1.  Put about a bottle of wine into a large clean jar.  I use a gallon jar “sterilized” in the dishwasher. 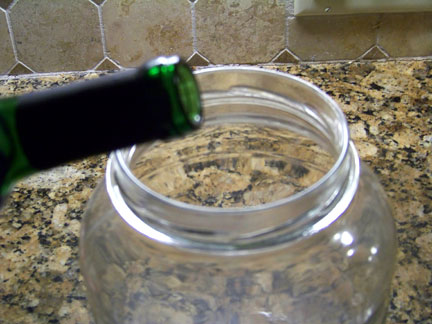 Some people recommending diluting wine with (non-chlorinated) water on the theory that the alcohol can kill or slow down the vinegar-producing bacteria; others feel that diluting can negatively impact the flavor.  I do not dilute when I make it.  Some people like to use a jar with a spigot so they can dispense right from the bottle. Since I already have lots of gallon jars (that I use for everything),  I decided to be efficient (and lazy and cheap) and use these.

2.  Add about 1/2 cup of Bragg’s Apple Cider Vinegar (this contains the active bacteria that produce vinegar—kind of like yogurt) or a chunk of “mother” if you have it.  The “mother” is a gelatinous mass that forms during the creation of vinegar which can be used to start new vinegar since it also contains the needed bacteria (more on this below). 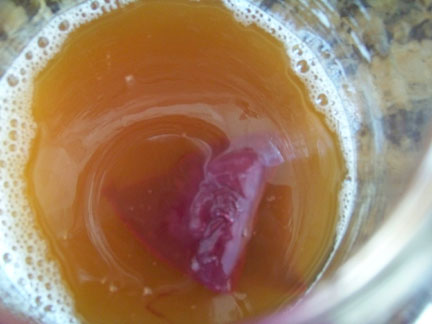 Some people say you need to use a mother that is specific to your base (red wine, white wine, cider), but with my focus on easy preparation, this just sounds too hard (and unnecessary).  I have recently had some problems with culturing using Bragg’s–if that doesn’t work, it may be “dead” so try asking around to see if you can find someone with some live “mother” to share–or try again with a different bottle of commercial.  Anyone who regularly makes vinegar soon gets inundated.

3.  Cover jar with a cloth and secure tightly (dish towel and rubber band work great), then put in a warm dark place to “process”.  A temperature that is warm but not hot is ideal, though in winter our house goes down to 58 at night and never above 68 and I still get vinegar. 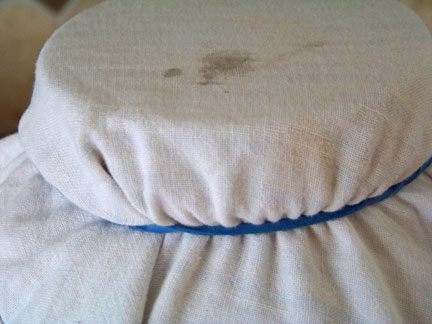 Cover vinegar with a cloth 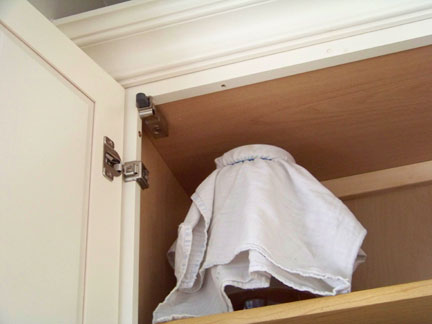 Store where warm but not hot

4.  Check periodically.  After a few weeks, your vinegar will develop a “mother,” a slimy gel that sits on the surface.  The “mother” is not pretty but this means it is working!  If you grow mold (I have never grown mold on wine but have on cider), toss the mixture, sterilize your jar and start over. 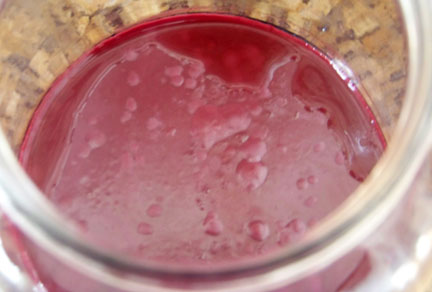 Notes:  If you jostle the vinegar too much, the “mother” will slide to the bottom and a new “mother” will form on top.  I try to avoid this because it seems to reduce the amount of vinegar produced.

5.  After a few months, you will have vinegar—the smell will give it away!  I strain it though a mesh strainer, though cheesecloth or a coffee filter are other good choices to minimize sediment.  You can use part of the mother to start a new batch (I composted the rest). 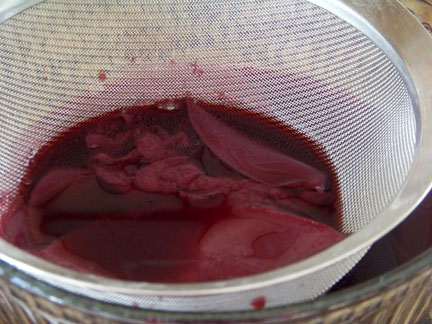 6.  Store finished vinegar in the refrigerator to reduce the activity of the bacteria. 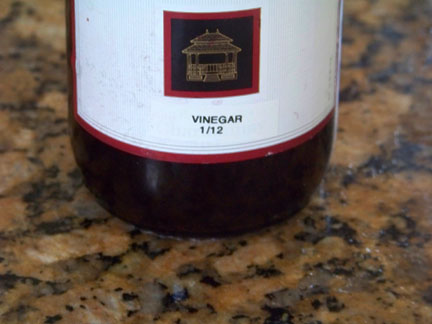 Even the strained, refrigerated vinegar may continue to produce a new mother.  I like the idea that I am getting the “live” product, but if this becomes annoying, the vinegar can be heated to kill the bacteria and the mother should stop forming.  (Just don’t try to use pasteurized vinegar to begin a new batch.)

Since my first vinegar success, it has become a habit.  Get a bottle of wine that is less than stellar, make vinegar.  Too many bottles opened for a party, make some more.  Red wine vinegar, white wine vinegar… and hopefully the cider will work this time!