Glazed Apple Pie Bars are like a special slab pie–rich pie crust topped with apples, more crust, then glaze. Cut into bars, they are easy and delicious! 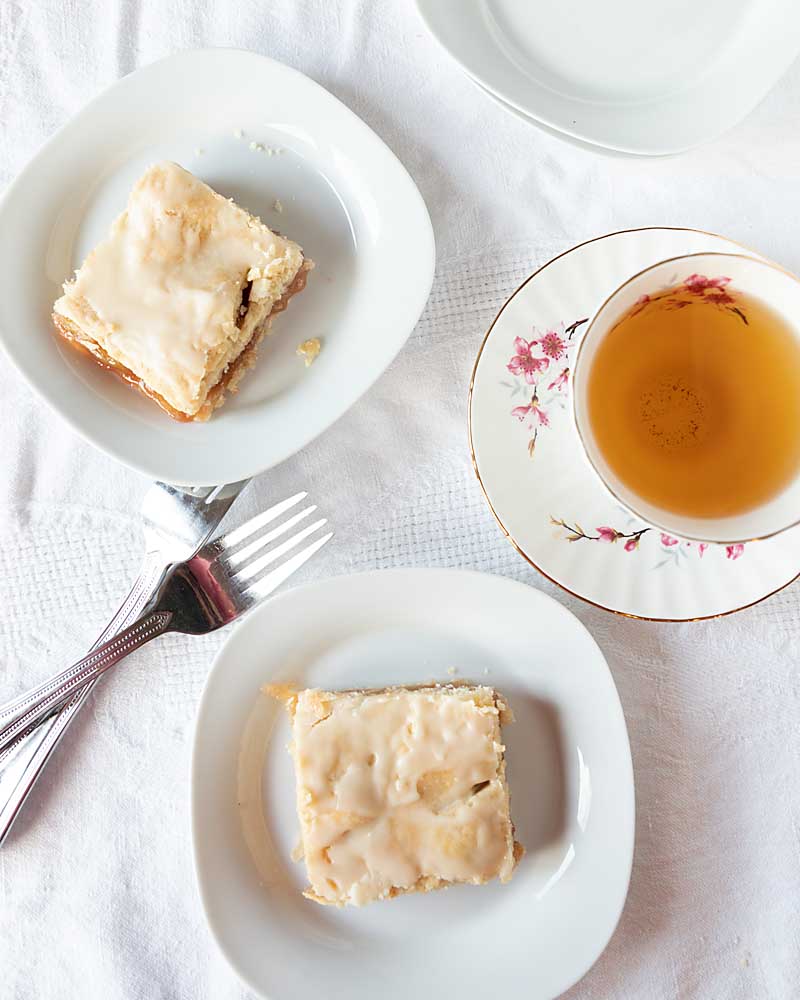 Do you ever think about what you like best about the internet? For me, I like the fact that you can find just about anything online. Including recipes for long lost childhood treats!

Back when I was a kid, the grocery store in the small town where we vacationed had a special bakery item. It was called “Apple Slices” and it consisted of a layer of pie crust, topped with apple pie filling and another layer of pie crust. Then the whole thing was glazed and cut into bars—mmm! 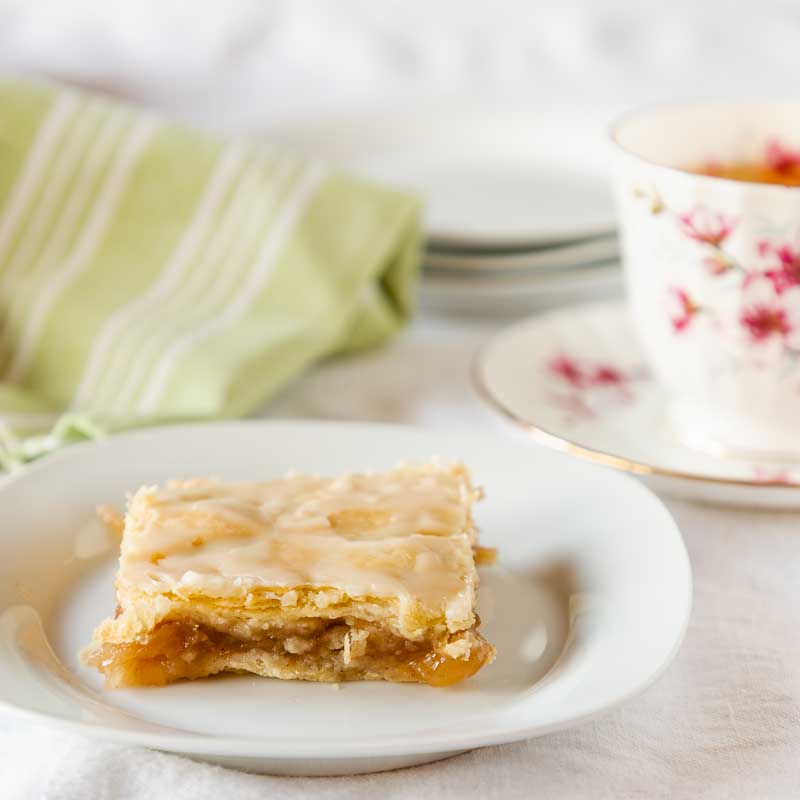 While our parents shopped, they’d give us kids some spending money to keep us busy. We’d head right to the bakery and pick up some Apple Slices to eat while we waited. Such a treat!

Alas, the store closed long ago, but I still think of those days! 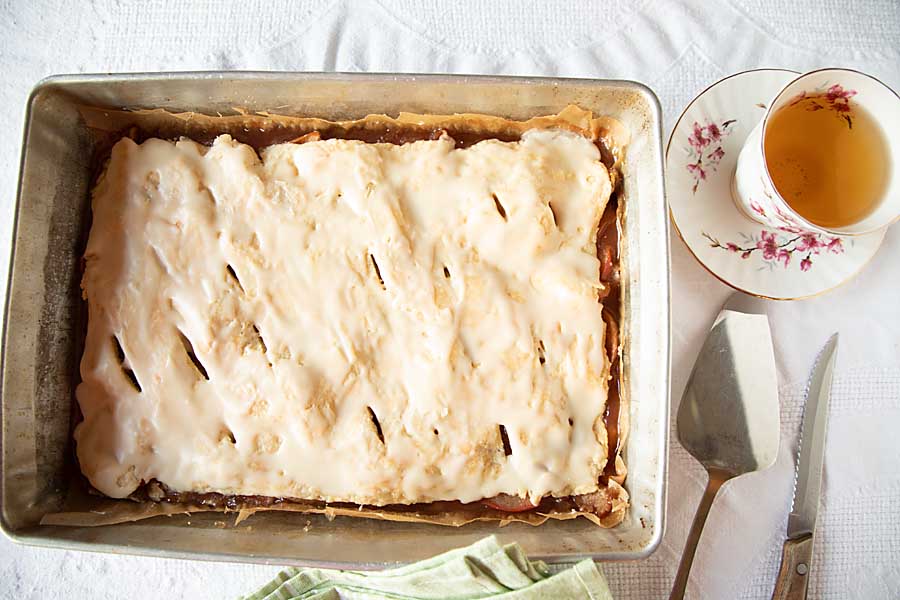 Recently my Sunday blogging group decided to do apple recipes and I knew just what I had to do!  I found an Apple Slices recipe, on the Chickens on the Road blog, and was excited to share them with my kids. The bars were surprisingly easy, and I kicked myself for putting it off for so long. While the original website mentions the crust being difficult, that wasn’t my experience. 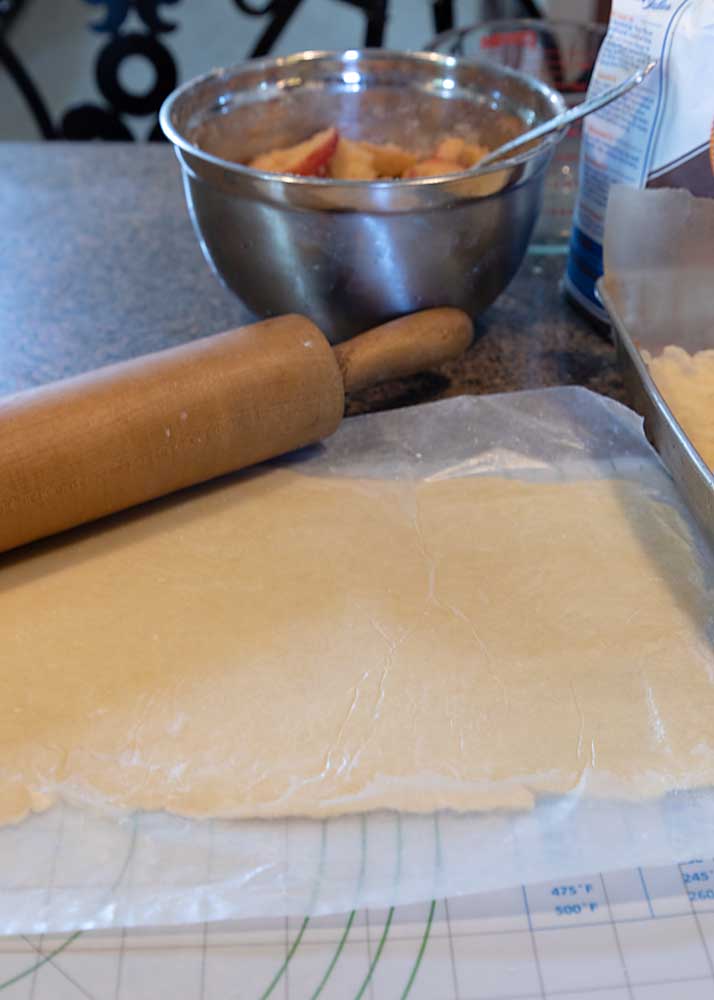 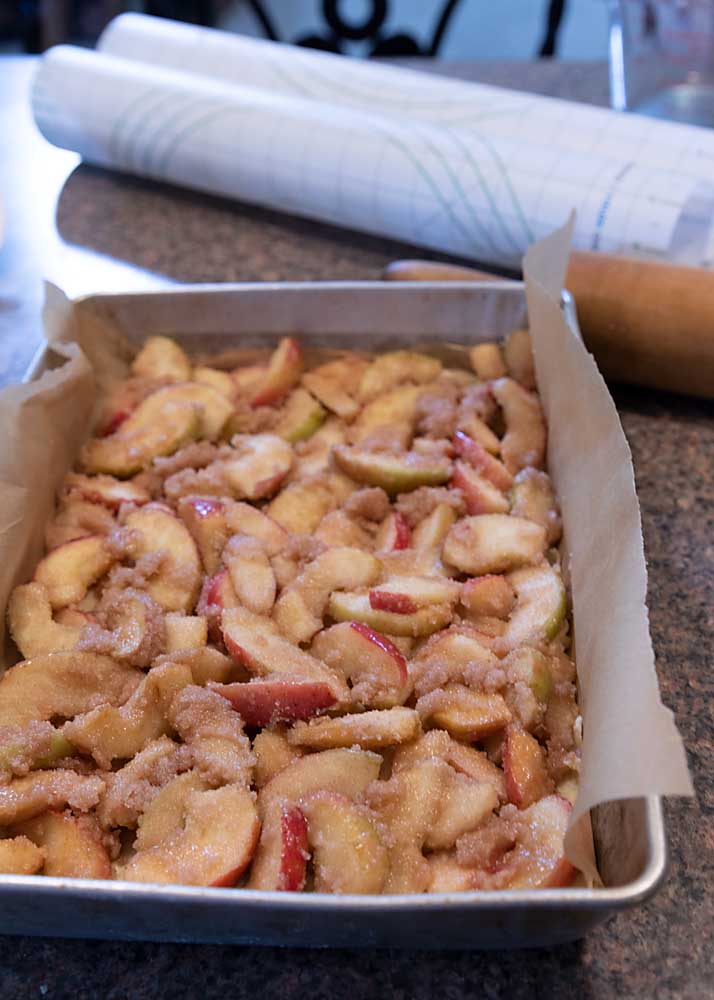 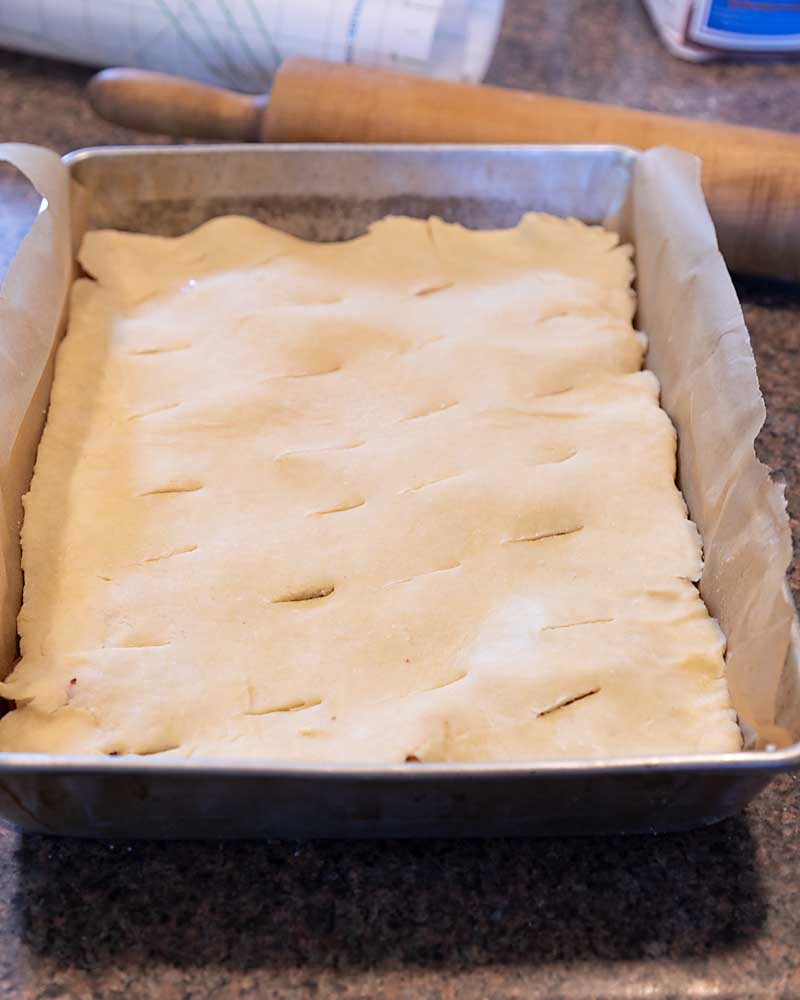 I was excited and nervous when I finally cut into the Glazed Apple Pie Bars. “I didn’t think something this simple would be so good,” my daughter said, quickly on to her second piece. With similar reactions from her sister, cousin, dad and a couple house guests, the pan didn’t last the day.

There was one thing I needed to change though. When I referenced “Apples Slices”, the kids said “noooo, that’s a piece of an apple, you can’t call them that!” I had to admit they were right.  And so, Glazed Apple Pie Bars were born. 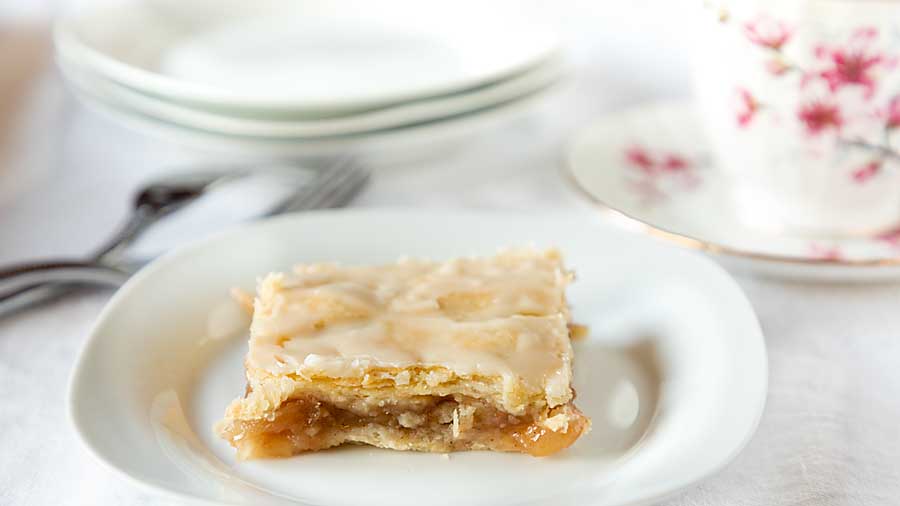 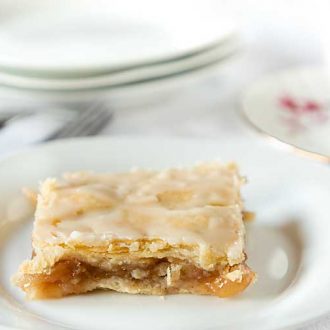