Ever have a recipe that’s been on your “try” list… absolutely forever? I hate to admit it, but waaaay back in 2011 (when interviewed for winning a recipe contest), I pledged to master Oysters Rockefeller. 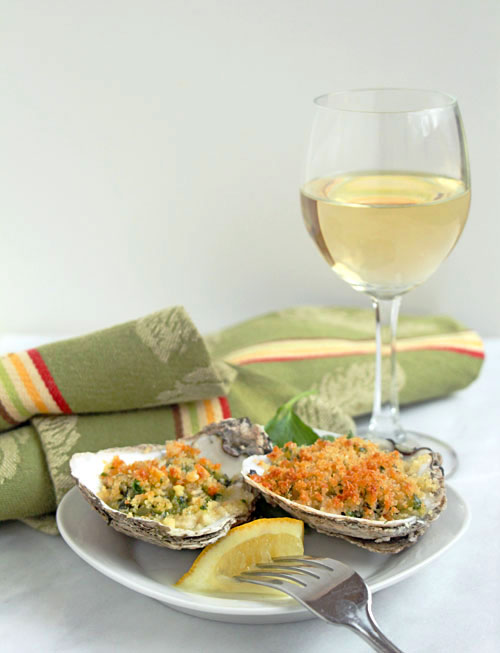 If you have never had the pleasure, Oysters Rockefeller (per Wikipedia) are “oysters on the half-shell that have been topped with various other ingredients… and are then baked or broiled.” Originally topped with a mixture containing herbs like parsley or chervil, today you are likely to find a topping based on spinach. Doesn’t that make this almost a health food? 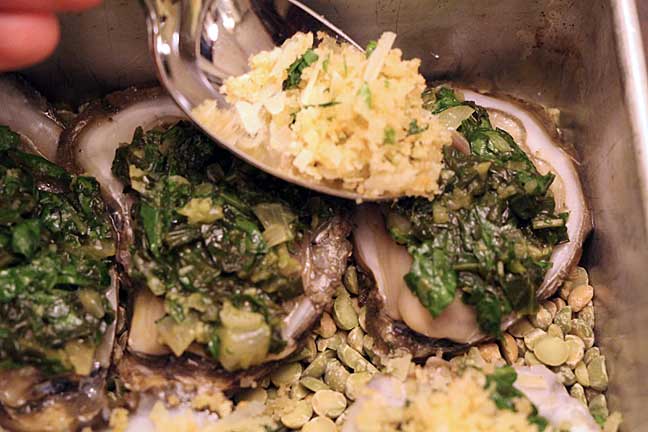 The name Oysters Rockefeller comes from John D Rockefeller whose wealth, it was said, rivaled the richness of the sauce. If these were invented today, I suppose they’d be called Oysters Gates…

Of course slipping a “slimy mollusk” into your mouth might seem intimidating. But don’t let that dissuade you. Because they are cooked and covered with a rich topping, Oysters Rockefeller are far less daunting than (raw) oysters on the half shell or even (cooked) Mussels Meuniere.  My husband and daughter won’t touch a mussel but Oysters Rockefeller get gobbled down. 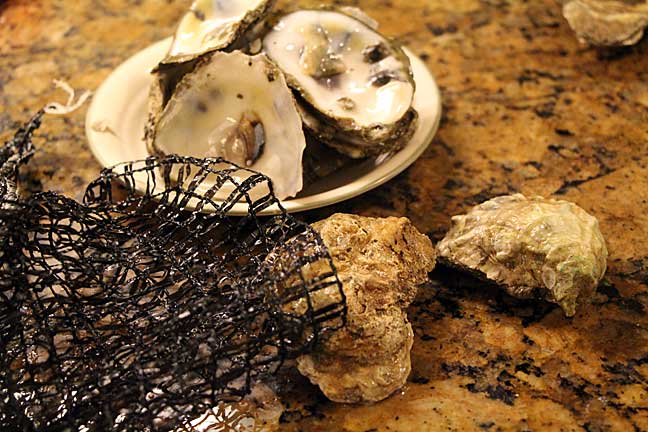 My husband and I tried making this for the first time a couple months ago. I cooked while he took on the challenge of opening the oysters. He brought out his toughest work gloves for protection, located a small, stiff knife (we have recently ordered an oyster knife which is a definite improvement) and followed shucking instructions on the internet. I started with a recipe from Tyler Florence, and made a few modifications over time, most significantly more spinach. Never miss a chance to slip in a serving of vegetables. 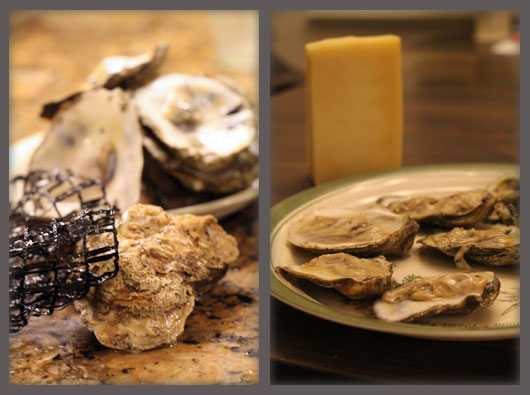 Sometimes this is served with a sauce-usually mignonette (traditional, but didn’t seem to add enough to be worth the effort) or hollandaise (which seemed to overpower the other flavors), but we decided we like them best without. If you like these with a sauce, I’d love to hear…

As I did research for this post, I learned that oysters contain a fair amount of healthy omega-3 fatty acids. Spinach, of course, is loaded with vitamins and antioxidants. So, in the end, this appetizer does practically counts as a health food! 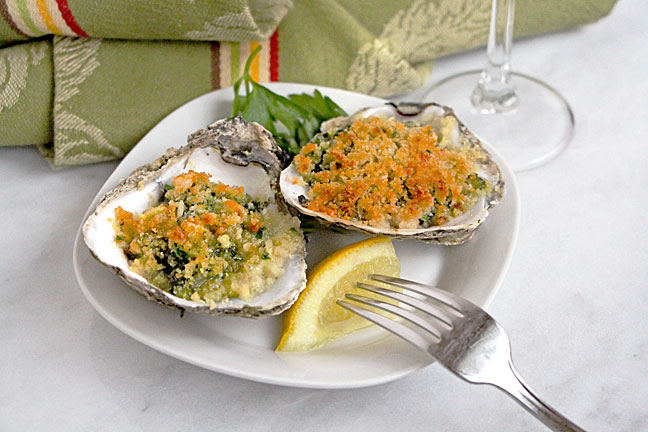 Not that I need any more excuses! 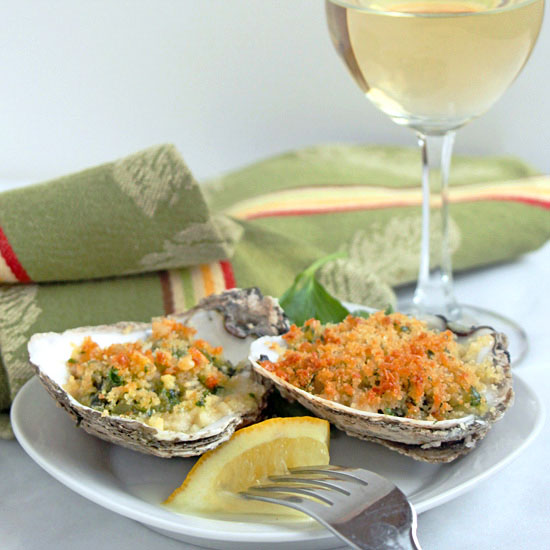 17 thoughts on “You Can Make Oysters Rockefeller at Home”