I don’t even remember life before cool whip. I do know it topped probably half of the desserts I ate growing up. I also remember how I much I liked it. And how, unlike real whipped cream, which tended to go runny, you could make something that would never fall apart.   Like never.   Ever.

Okay maybe not as long as that 37 year old Twinkie but you get my drift.  Problem is, once you start eating natural foods, cool whip loses its luster. 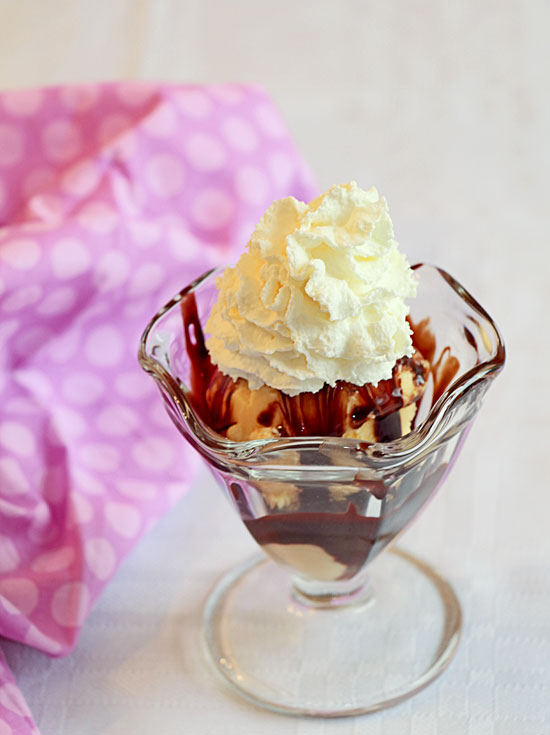 Natural Whipped Cream on a Sundae

cool whip is definitely off my list. Even if I am still mourning a few old recipes that used it. Enter natural stabilized whipped cream.

All it takes is the addition of one simple (and organic if you chose) ingredient–gelatin to make your whipped cream thicker and more durable. The recipe is all over the internet, but I had been missing out.

The stabilized whipped cream clearly has an edge if you want to pipe it onto a dessert since the extra thickness helps it hold its shape. If that isn’t important and you plan to use your whipped cream within 24 hours, you can easily go the plain route.  But if you don’t finish a whipped cream topped dessert,  and it goes back into the ‘fridge for another day or two, that is a potential problem. In my “whip off” (see pictures below) the natural whipped cream was nice at 24 hours but by 48 hours, it was starting to fail. 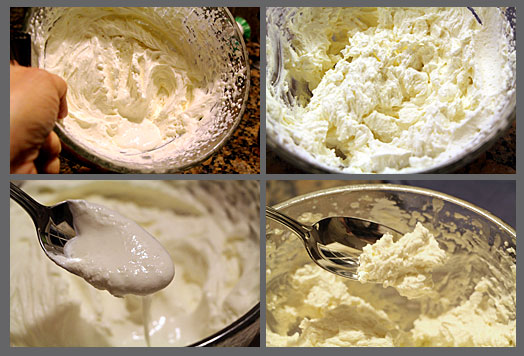 On the other hand, the stabilized whipped cream went for days. I tossed it after 4 days because I kept sampling it. Calorie counters–run this experiment at your own risk!

I even successfully froze my stabilized whipped cream after seeing reports that it works well on an ice cream cake. When hard frozen it was really hard (think homemade ice cream that didn’t get whipped enough) which I wasn’t happy with. But once partially thawed the consistency was very much like before freezing. One of my favorite old cool whip recipes calls for freezing then partially thawing the dessert, so as soon as summer rolls around I’ll be giving that a try. (Just a side note–all reports are that Jello itself freezes terribly.) 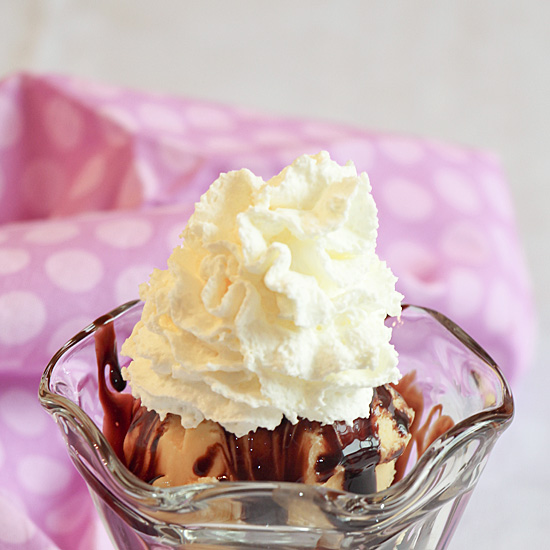 Now that I know how to make a better, stabilized whipped cream the dessert possibilities are endless! If someone could just figure out how to take out the calories… 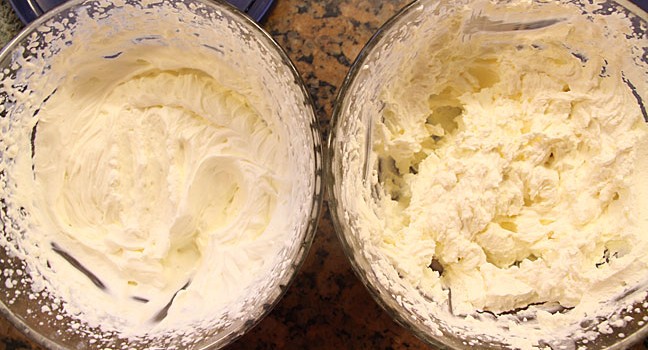