Eating local is in.  At least during the summer.

Winter can be another story…  it probably calls for a lot more root vegetables than most people are comfortable with.  But if you think foods like beets can be scary, a breakfast of Red Flannel Hash might just change your mind. 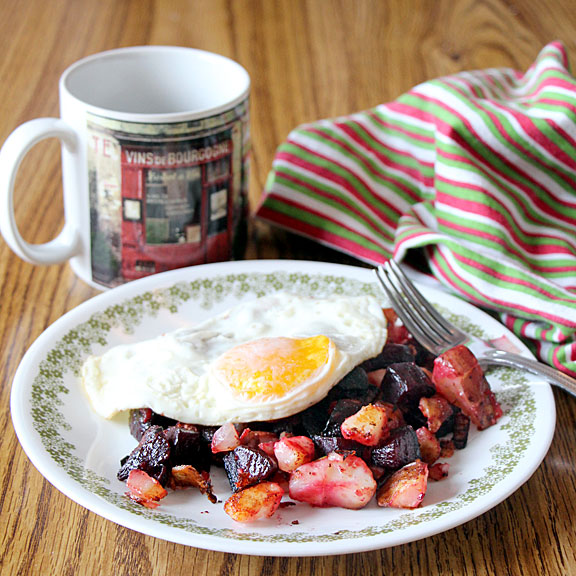 Hash is probably best known as potatoes fried up with corned beef, but there is another mix that packs a healthier punch. Red Flannel Hash adds beets to the blend giving it a fun red color, a cute folksy name–and loads of healthy phytochemicals. 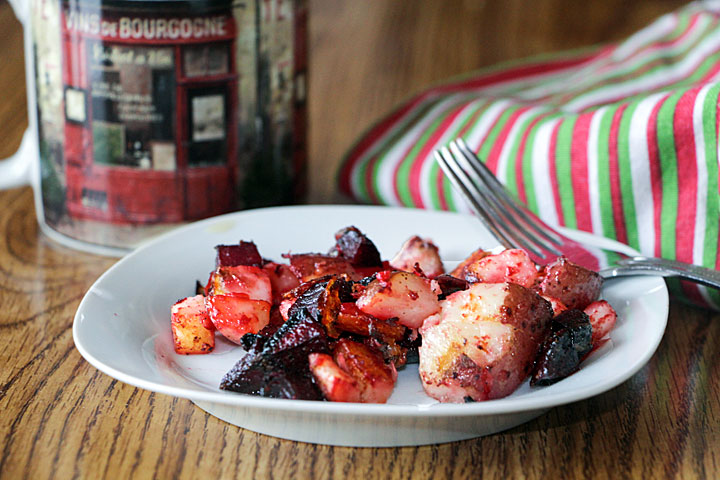 This version of Red Flannel Hash is vegetarian (vegan even), since my goal is to get in the beets for their health value (and to reduce the stores in this locavore’s spare refrigerator)!  But in the end leaving out the meat is easier and doesn’t hurt the taste at all!  To add some protein I’ll top it with an egg, while adding cheese or tempeh would be other tasty options. 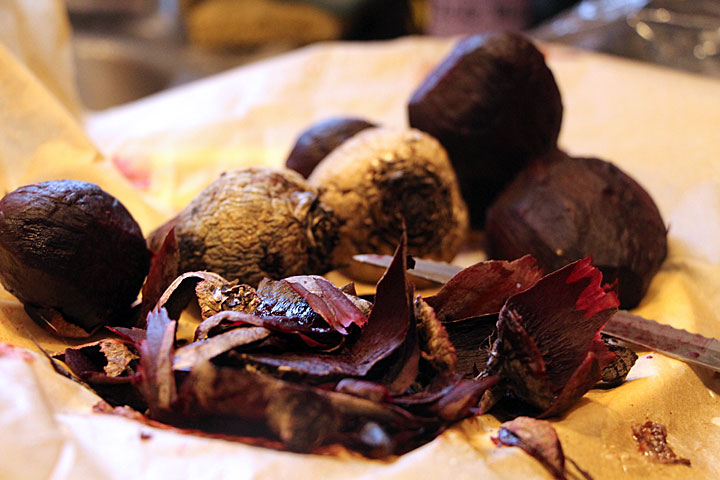 Start with pre-cooked beets and potatoes

I start with pre-cooked potatoes and beets, so this Red Flannel Hash is super quick. As in faster than a long drive though line. 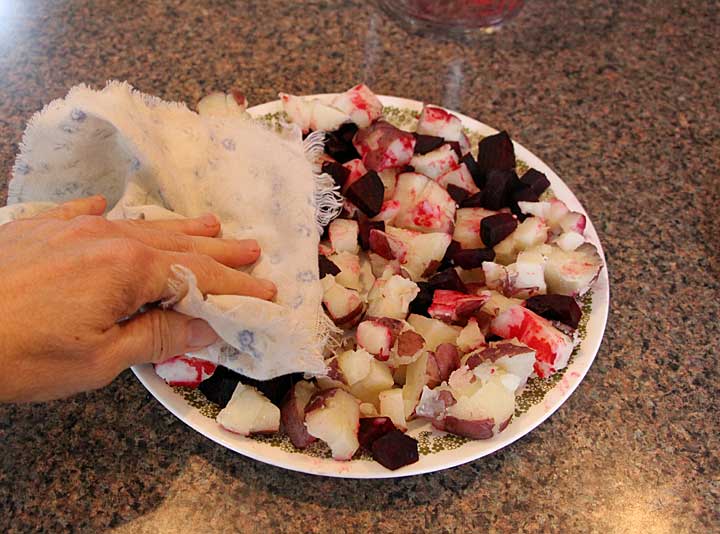 I will admit that there is one part of this recipe that might deter some people–it calls for pre-cooking the beets and potatoes.  But I have an answer for that.  This winter I am trying to roast vegetables any time the oven is in use.  Baking bread?  Add some beets and squash.  Brownies?  Add a few carrots and parsnips. Cooking potatoes for dinner?  Make a few extra.  Store the cooked vegetables in the refrigerator for healthy eating on a moment’s notice.  It’s both time saving AND energy saving!

Green, tasty and EASY–how fun is that! 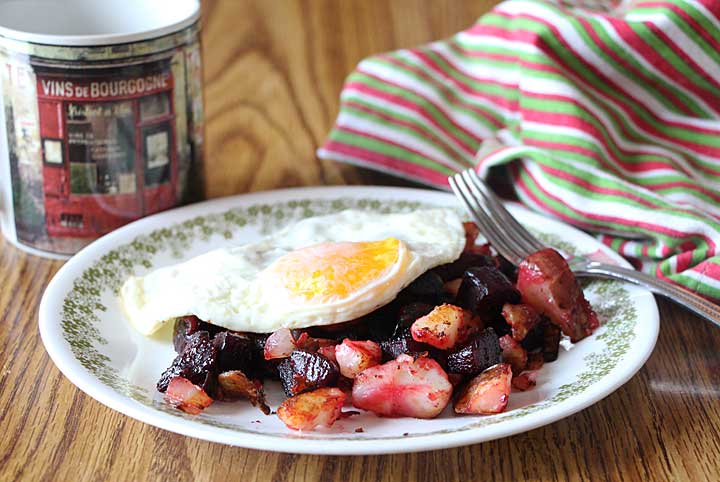