Easy Dutch Oven or Slow Cooker Ribs deliver a flavor sensation for a dinner entree or appetizer.  Plus they’re easy to make. 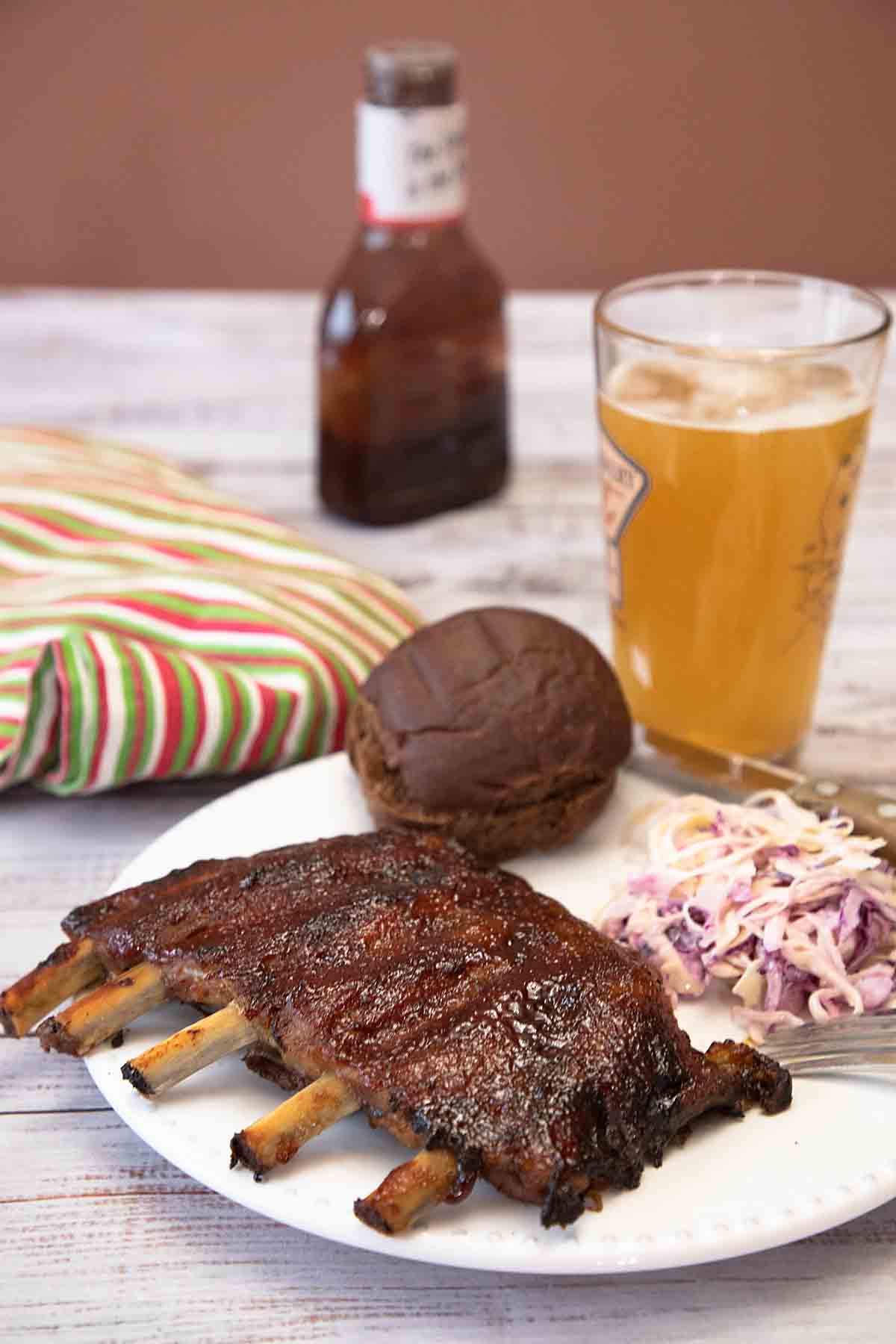 I don’t know if it’s due to the second winter of Covid–or maybe just life lately.  But in any case, I’ve been feeling a real need for some EASY!

And so I decided to make tasty BBQ ribs tonight–and to do it as simply as possible.  This recipe works in a slow cooker or in the oven using a Dutch Oven.

‘Cause everyone needs more than one way to make life easier! 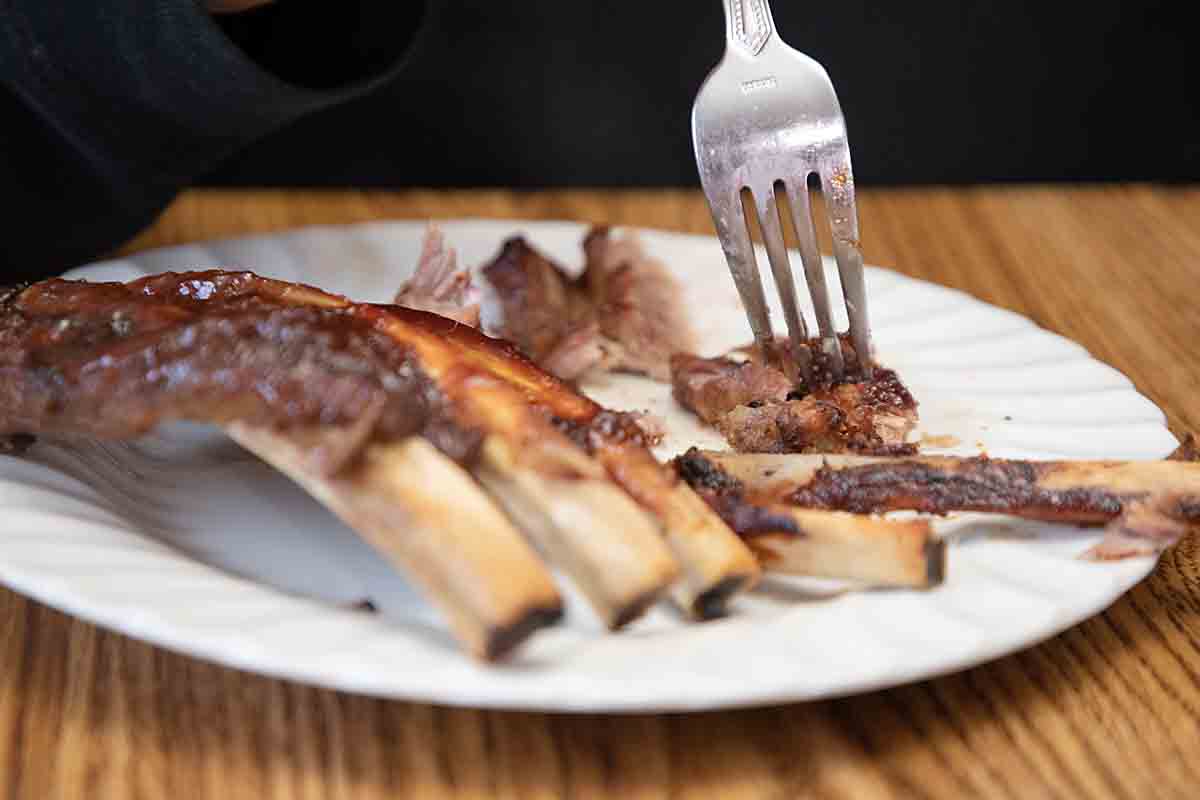 BBQ Ribs is a perennial favorite entree and for good reason. It is:

You start by mixing together the spices to form your spice rub. 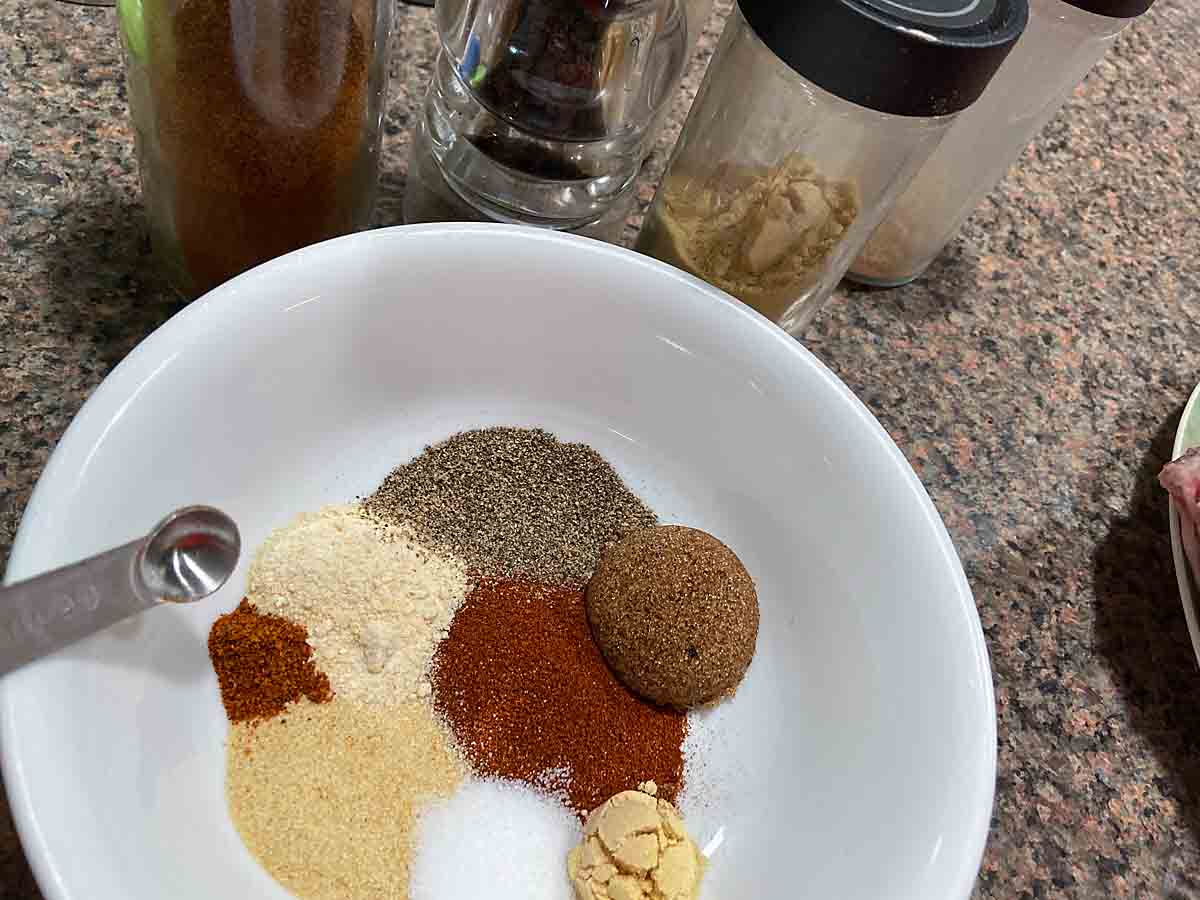 Remove the tough membrane from the ribs 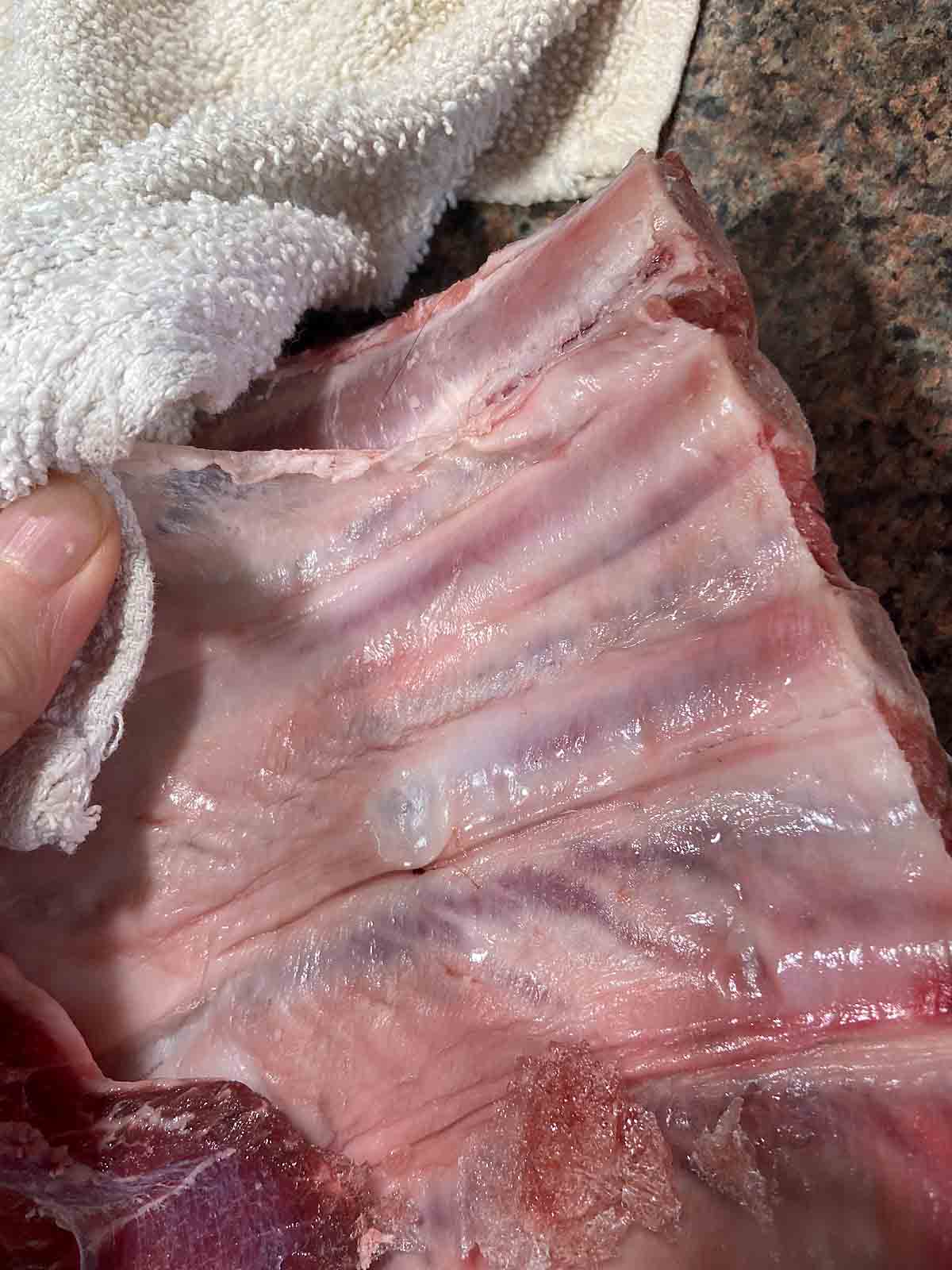 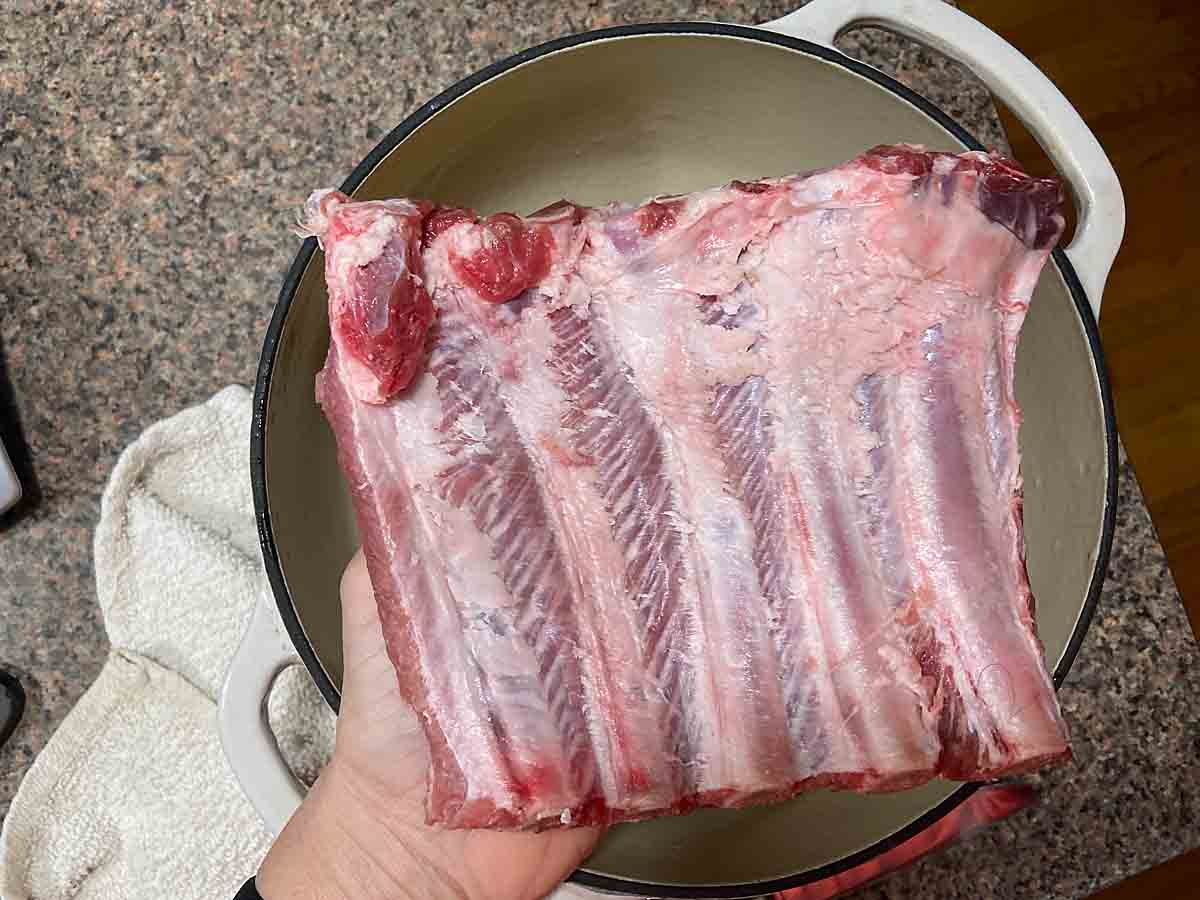 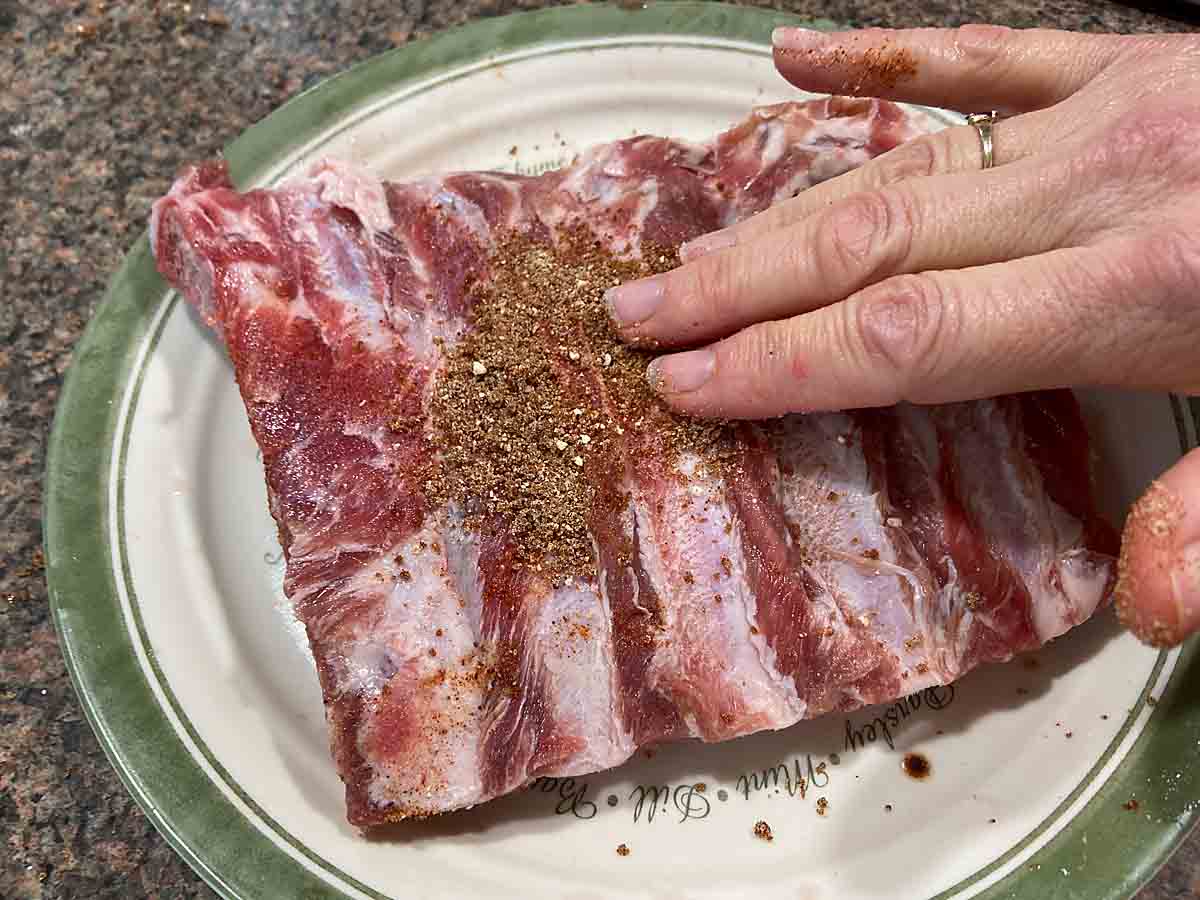 Place in cooker and cook until tender, then remove to broiler pan and brush with BBQ sauce

Broil until starting to crisp, about 5 minutes. 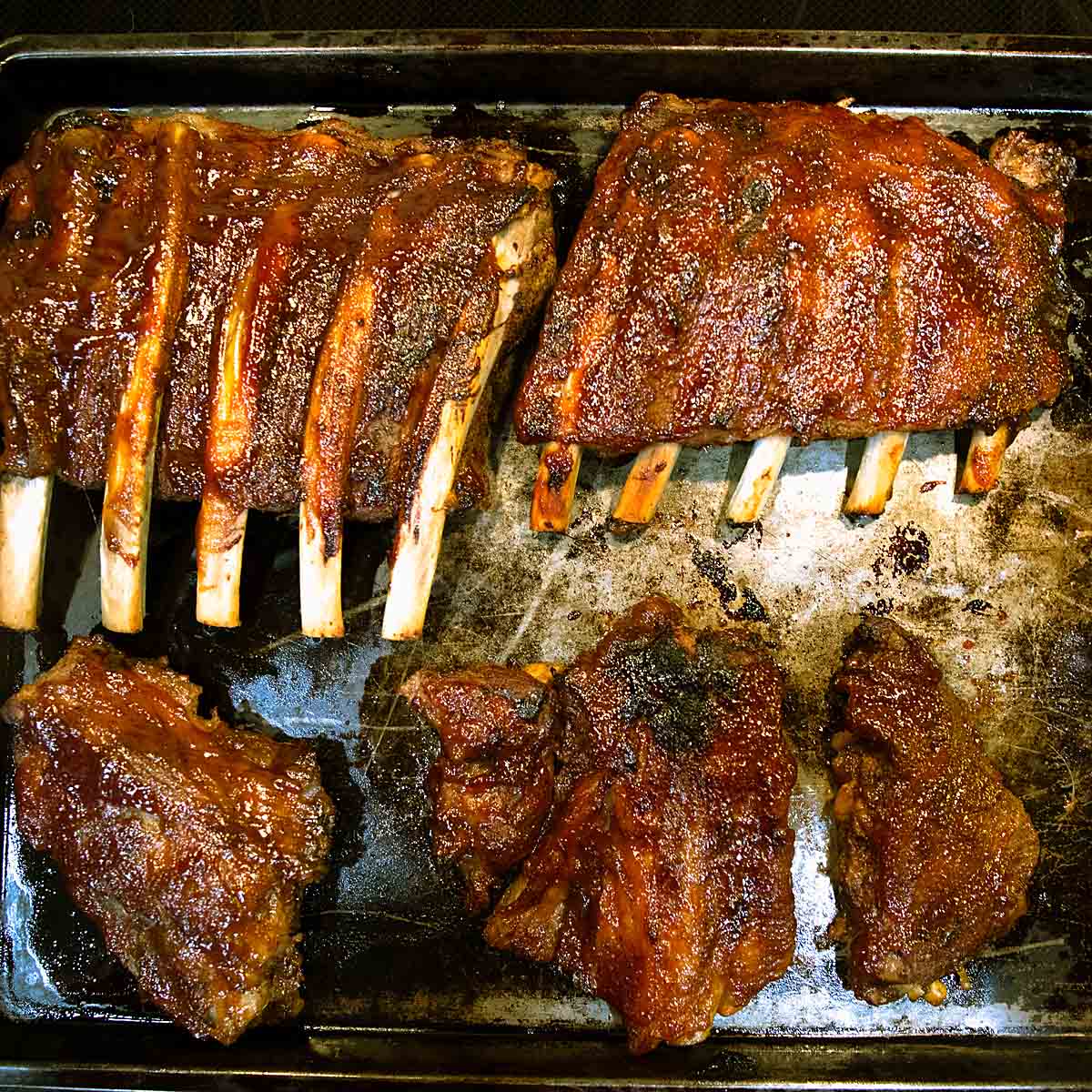 The first thing you need to decide in picking out your ribs is whether you want beef or pork. Pork has always been the classic and you can’t go wrong with that choice.

In recent years beef ribs have become increasingly popular. I used to steer away, finding them slightly tough and occasionally… well, almost slimy. But the long slow cooking method I use here should correct these issues and there are many similar online recipes online using beef ribs.  So I know I need to give them another try. 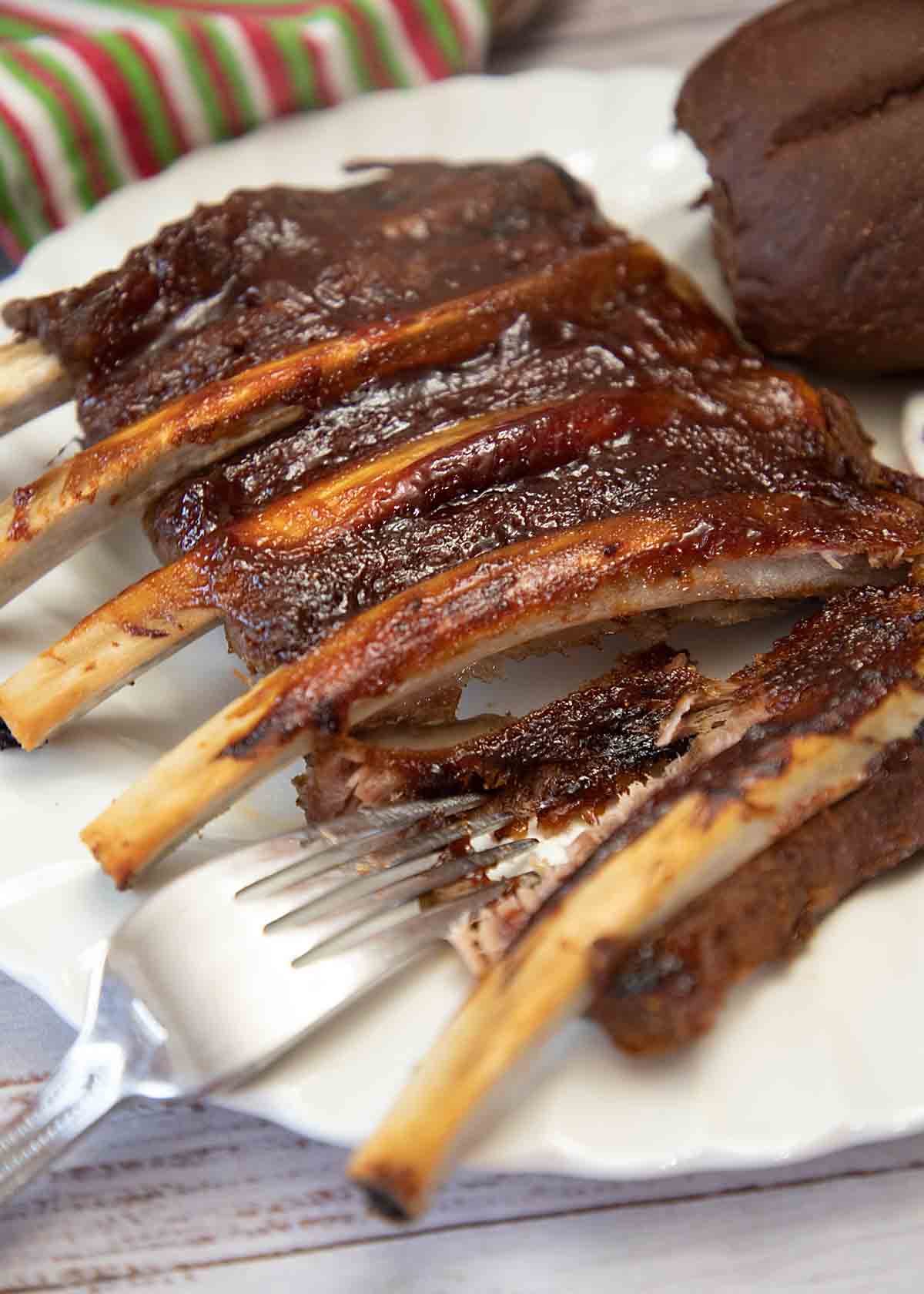 Both beef and pork ribs come in a variety of cuts. For pork, some of the more common are: 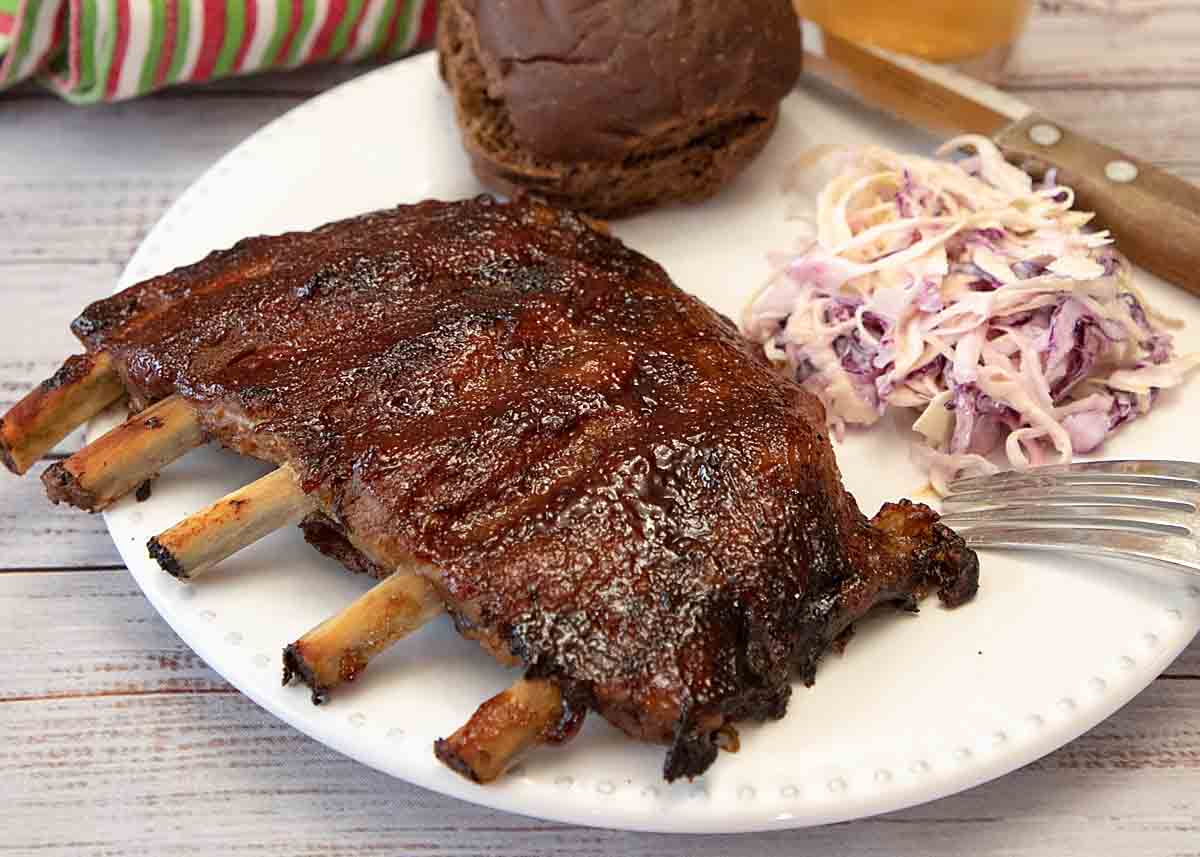 How to remove the membrane

There is one trick to preparing ribs and that is removing the tough membrane that stretches across the back side of the ribs. I read that it’s easy, but I was still worried.

Now truthfully, I wondered if removal was even needed since the slow cooking might tenderize it–and I could swear I’ve left it on in the past . But I decided to give it a try and once I got the hang of it, it was easy. 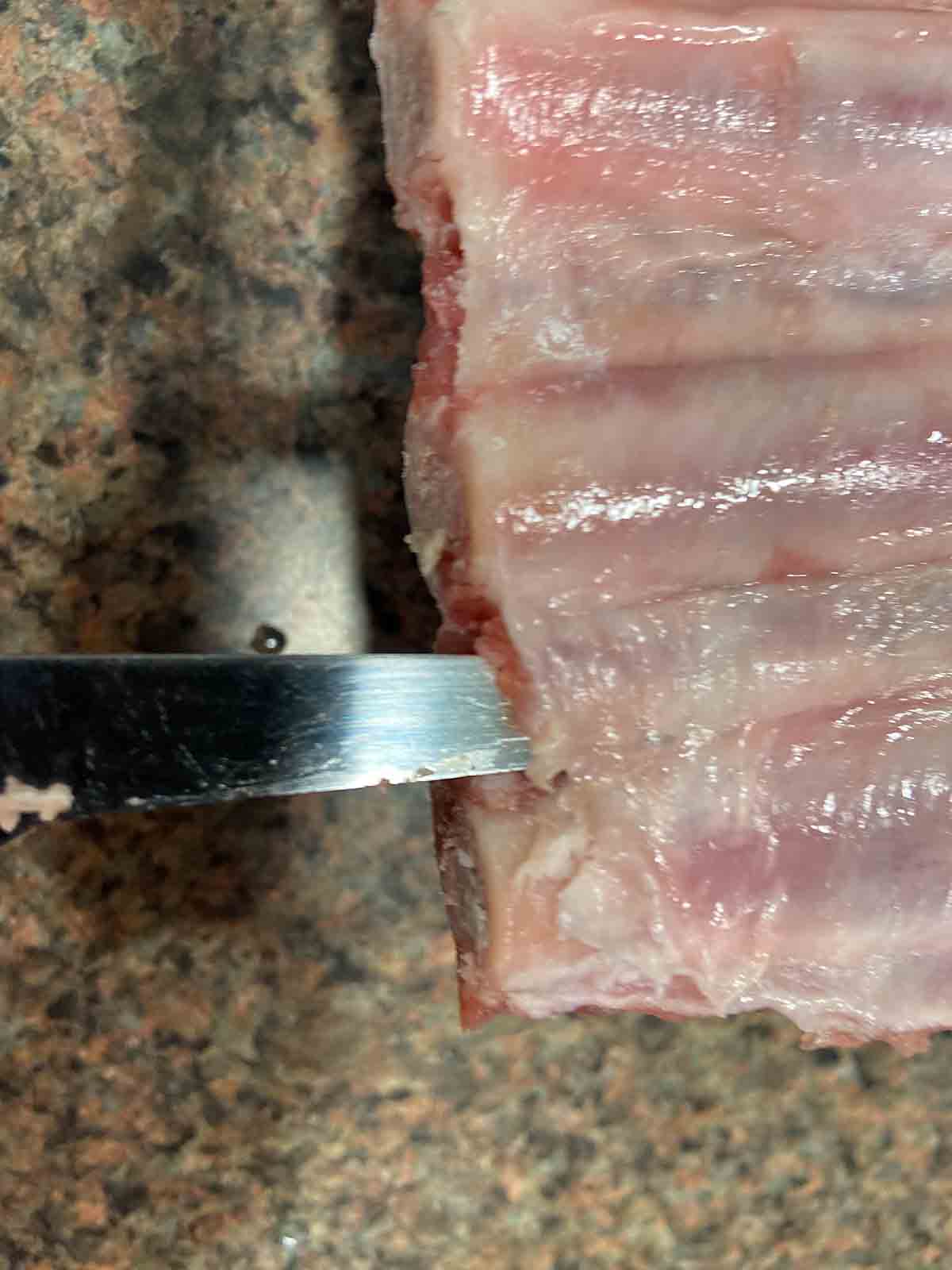 You basically create a flap of membrane then pull the rest off. The only hard part was getting it started. I wasn’t successful starting at the end, but when I move one rib over(see above), then sliced toward the outside I quickly had a nice flap. 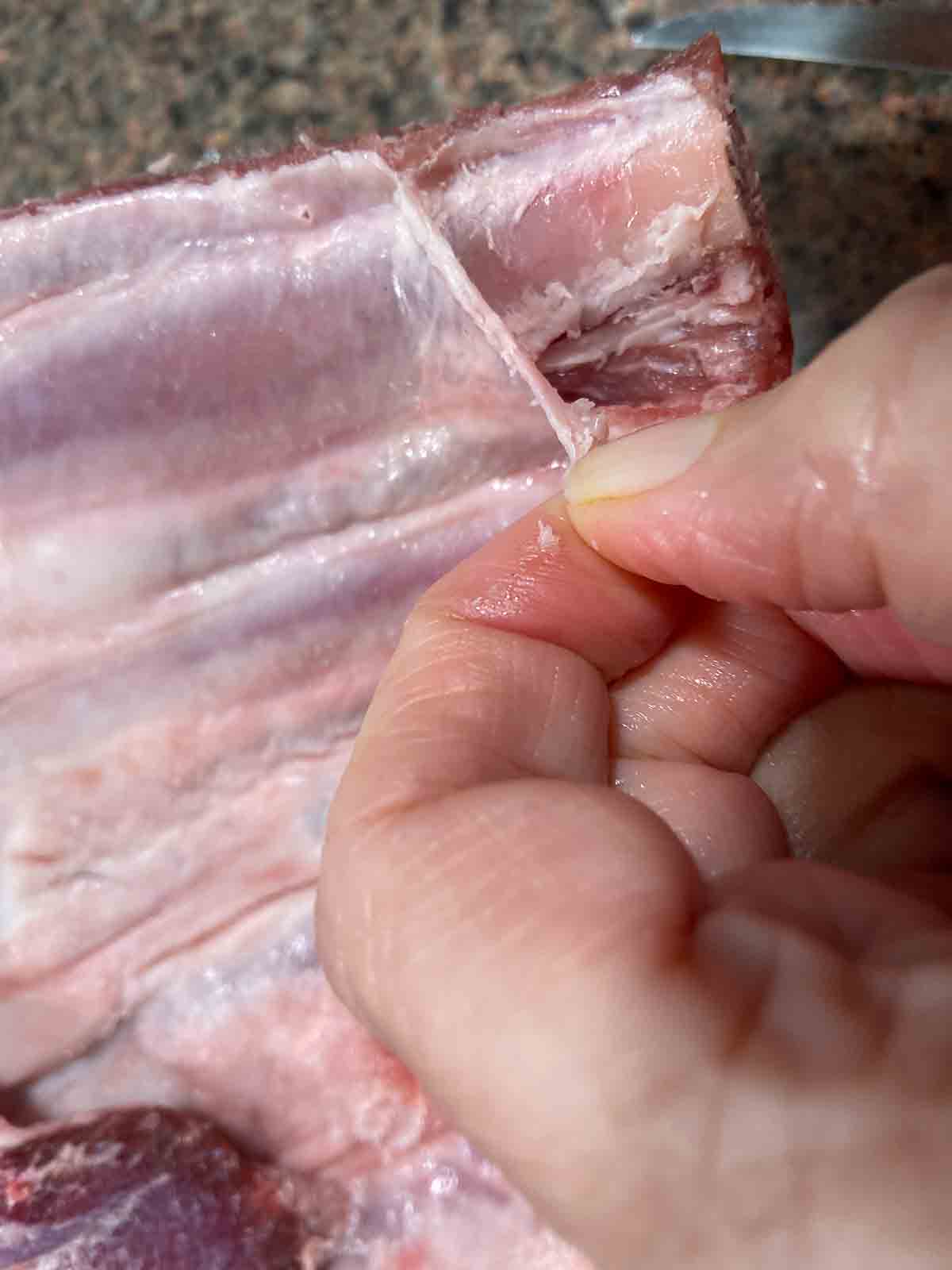 Pulling with a cloth is recommended so that’s how I started. I also had some success bare-handed, though that might not have worked in the beginning.

Yup, not so bad after all!

Did you know that you can convert slow cooker recipes to Dutch Oven recipes and vice versa, by changing the cooking time?  I usually bake in a Dutch Oven at about 300F and estimate slightly less cooking time than the time for the high setting of a slow cooker.  Since the oven uses a higher cooking temperature, the Dutch Oven version will tend to lose more liquid so it’s important to check for that periodically.  Otherwise easy peasy. 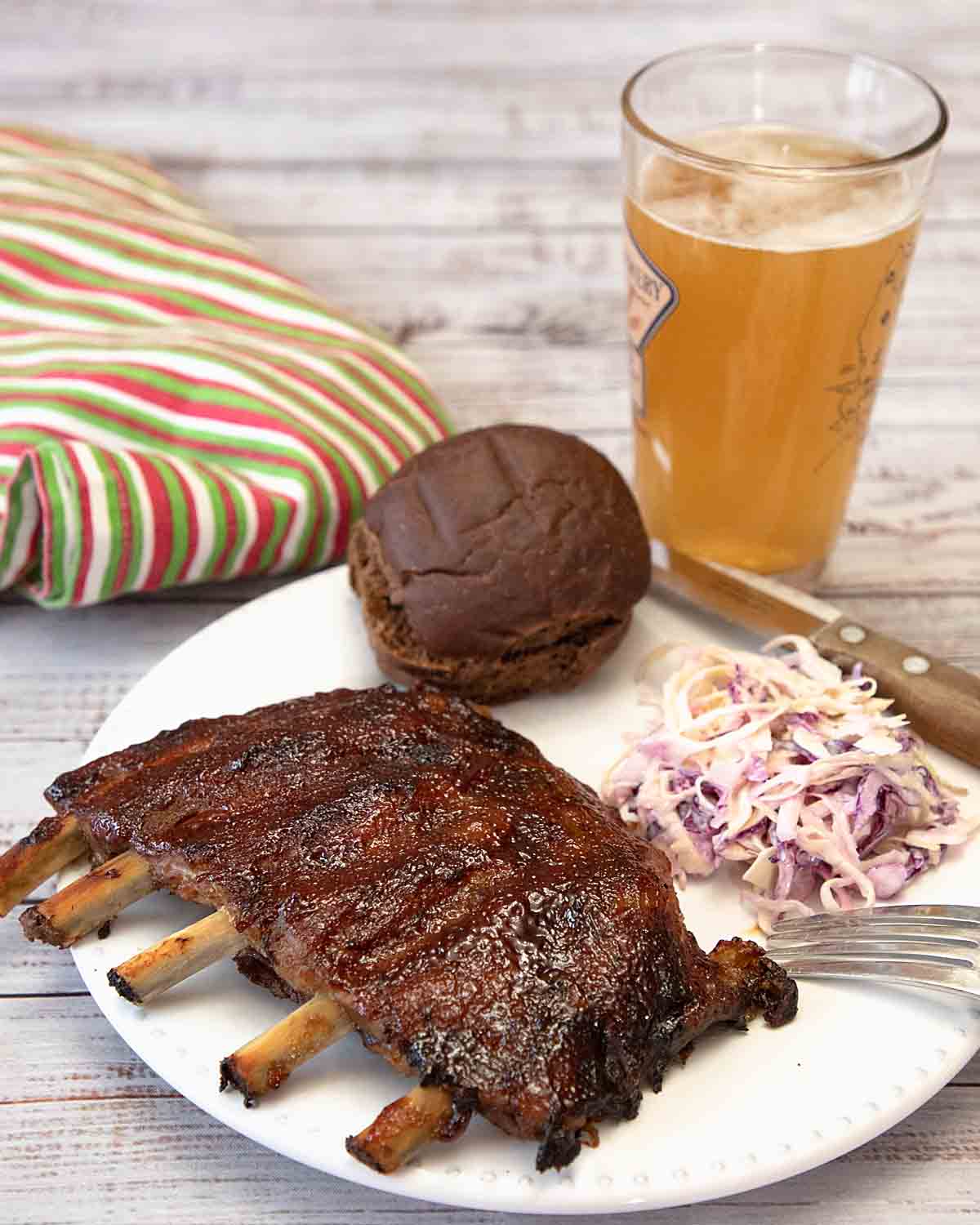 A casual side salad like Cole slaw or potato salad is perfect with ribs. We added rye rolls as well for simplicity—remember, we were in search of an easy meal! Fresh roasted corn and cornbread are other tasty sides. Finally, your favorite beer or hard cider makes a good beverage accompaniment.

Ribs even make good appetizers. Just cut them individually and they’ll be a sure hit!

Welcome to our #NationalSlowCookerMonth Celebration!

January is National Slow Cooker Month and this week we are celebrating all things slow cooker! We have delicious recipes from across the country to fill your meal plans with delicious slow cooker recipes!