With golden swirls of pumpkin and cinnamon atop a graham cracker crust, mini pumpkin cheesecake is a fun fall dessert! 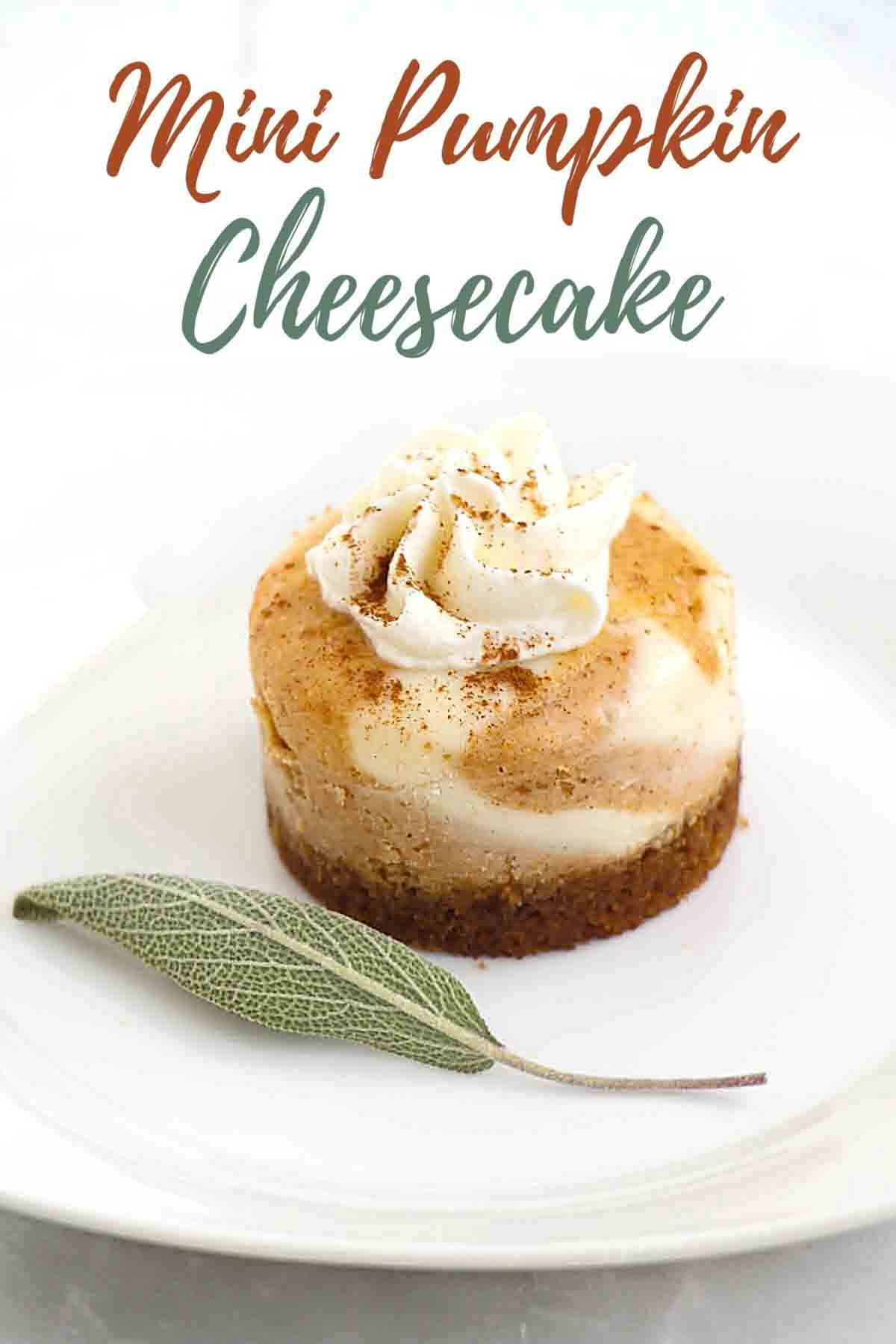 This post is sponsored in conjunction with #FallFlavors Week. I received product samples from sponsor companies to help in the creation of these recipes. All opinions are mine.

Baking and I have this love/hate thing going… And it is epitomized by the Mini Pumpkin Cheesecake recipe I am sharing today.

You see, the first time I made this, it turned out beautifully. But when I repeated it, the recipe failed. And so I put it away for awhile. 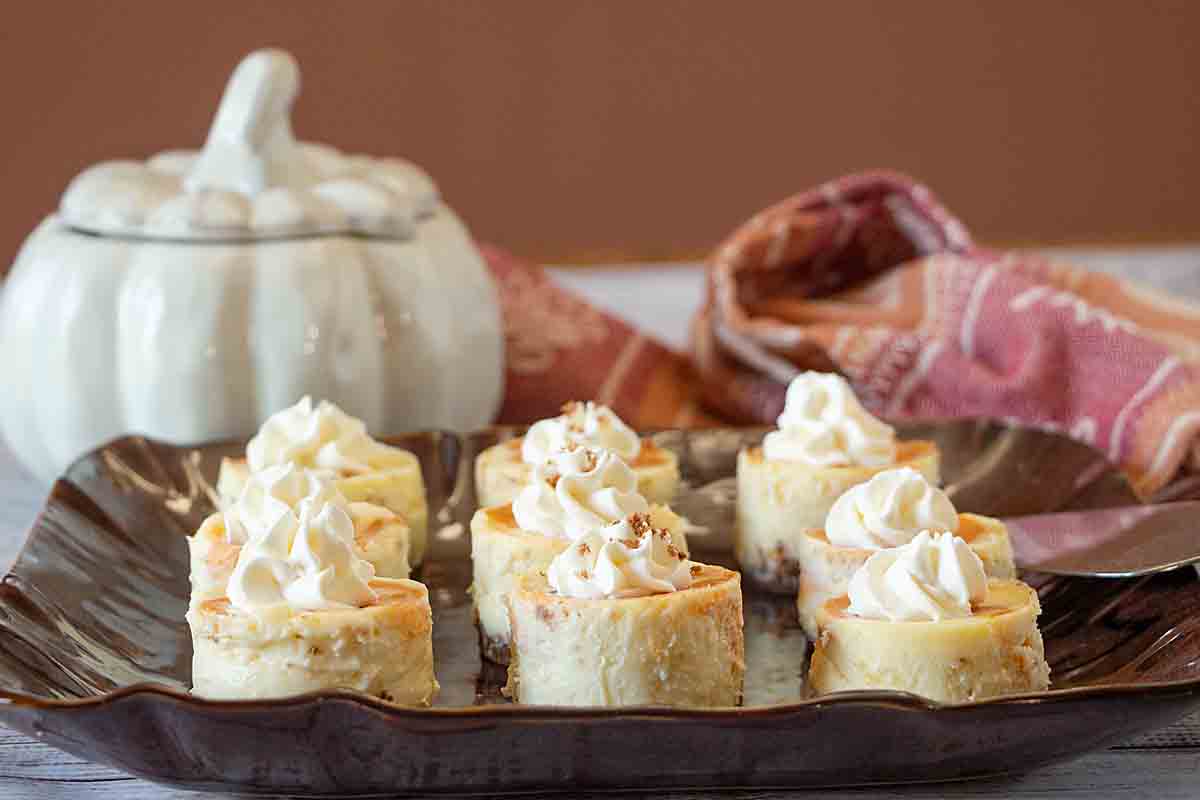 So I wanted to try this again, this time using the chocolate chip oat grahams that I received from Scotland-based Nairn’s — I’ve been seeing Chocolate Pumpkin Cheesecakes around the internet. Their gluten-free oat grahams are great for baking, snacking or even a dessert charcuterie board!

The other contributing sponsor was Dixie Crystals.  When I make a touchy recipe (and especially a candy), I like to use a good cane sugar which I feel maximizes my chance of success!  Yes, check out the giveaway they are both helping sponsor at the end of the post! 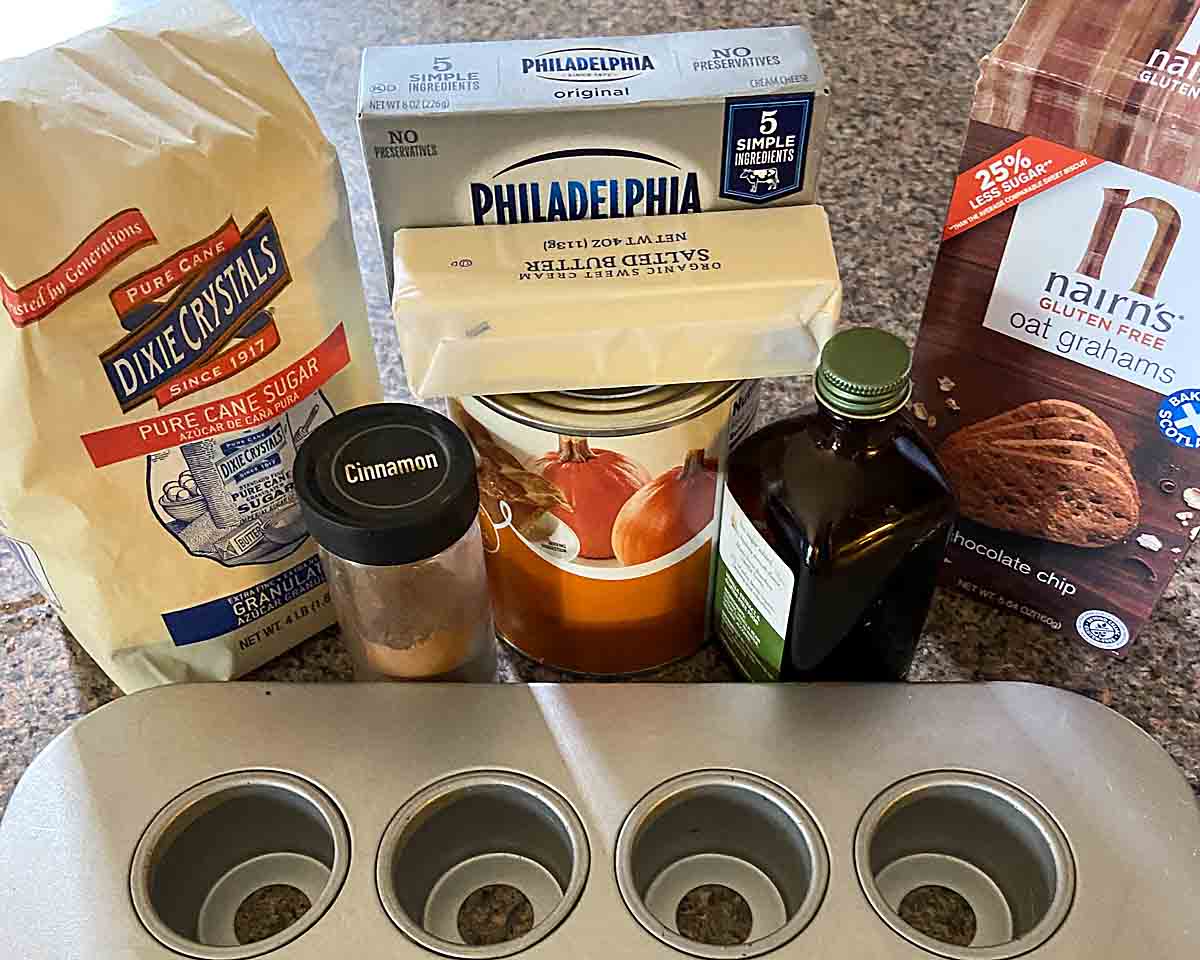 What Makes This Recipe a Winner

I hate to say it, but I am madly in love with mini cheesecakes!  Among their attributes…

While I can’t say that Pumpkin Mini Cheesecake is a weeknight dessert, I think they are totally worth the effort!

To start, you stir together the crust ingredients 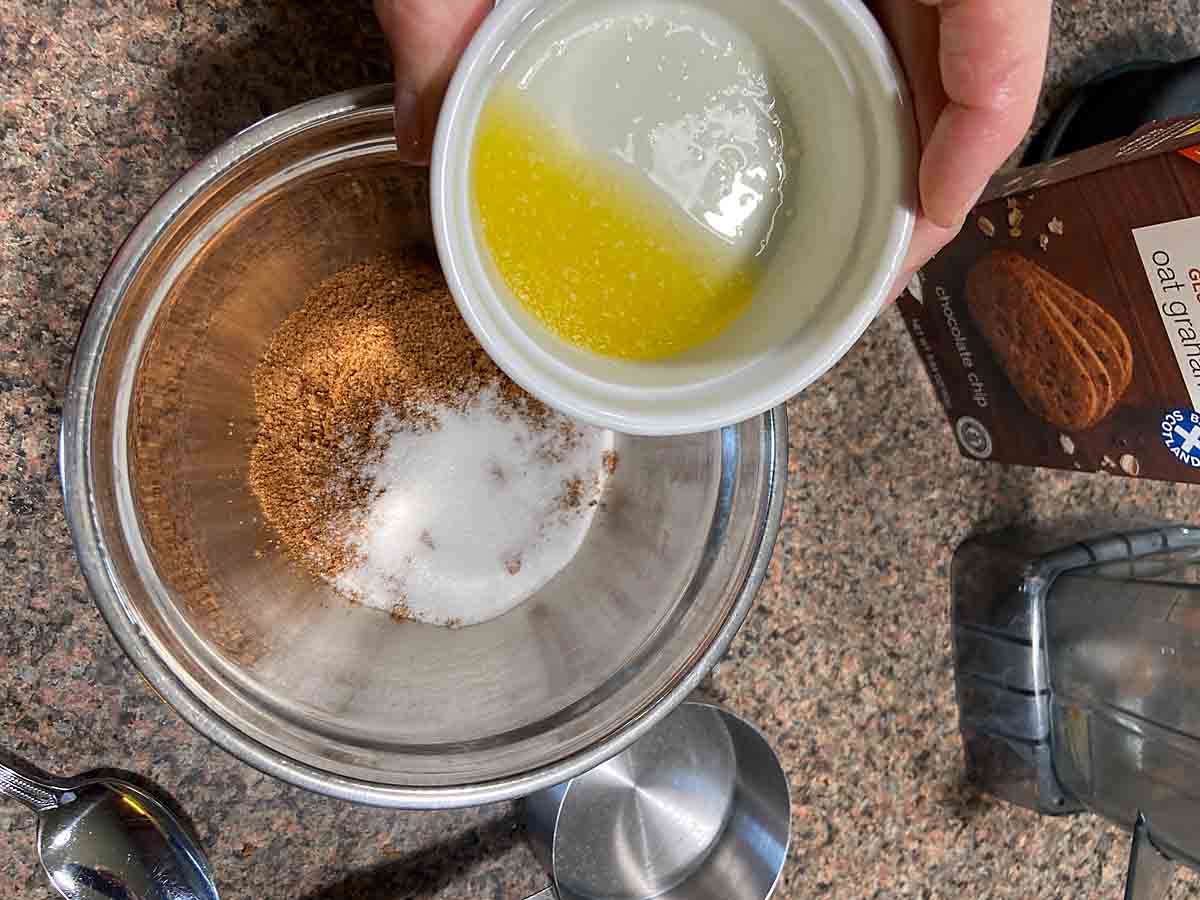 Spray pan, then press in crust and bake for 10 minutes. 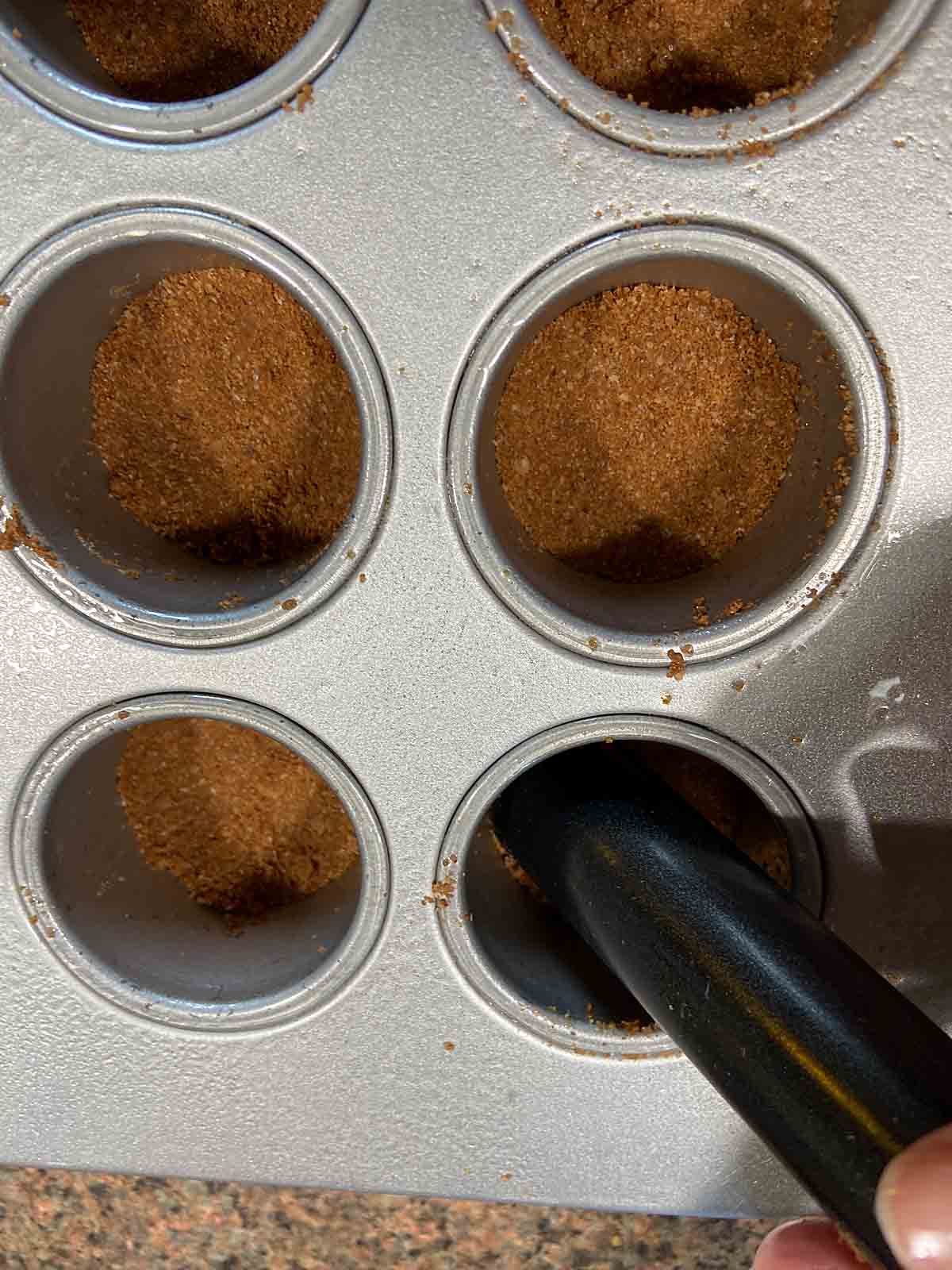 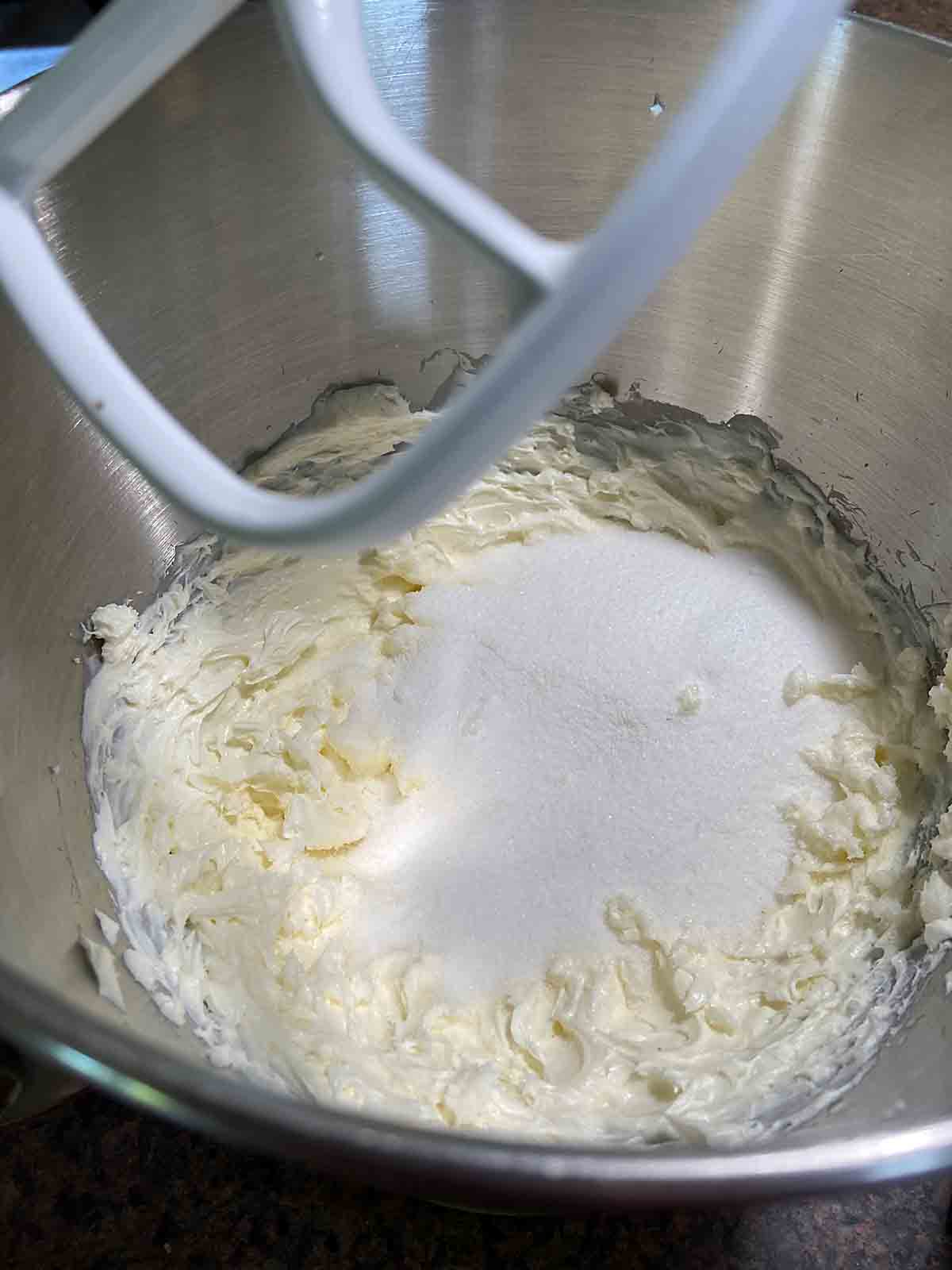 Mix some of the filling with pumpkin puree and cinnamon 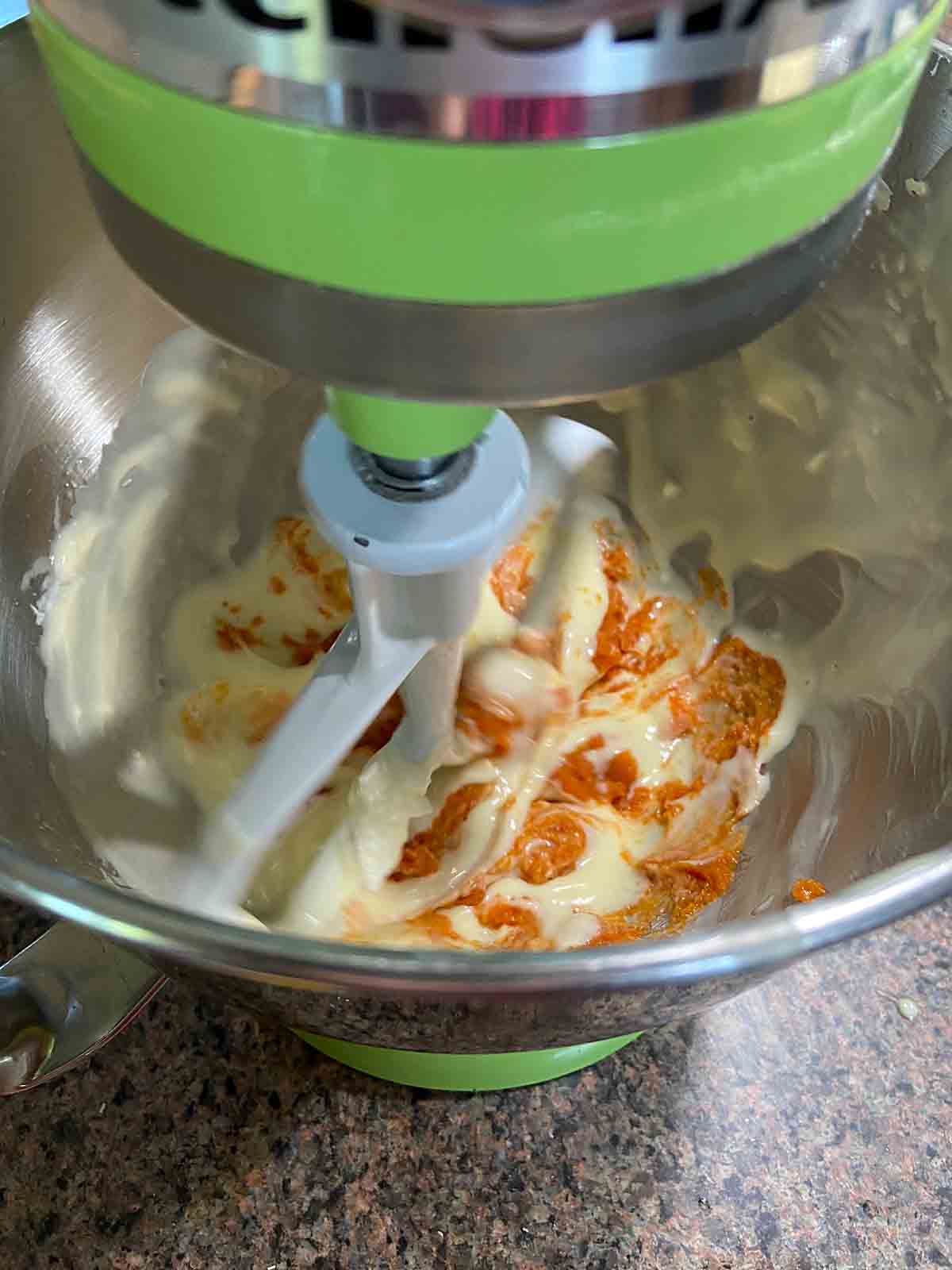 Fill cheesecake wells with plain filling then swirl in the pumpkin mixture. 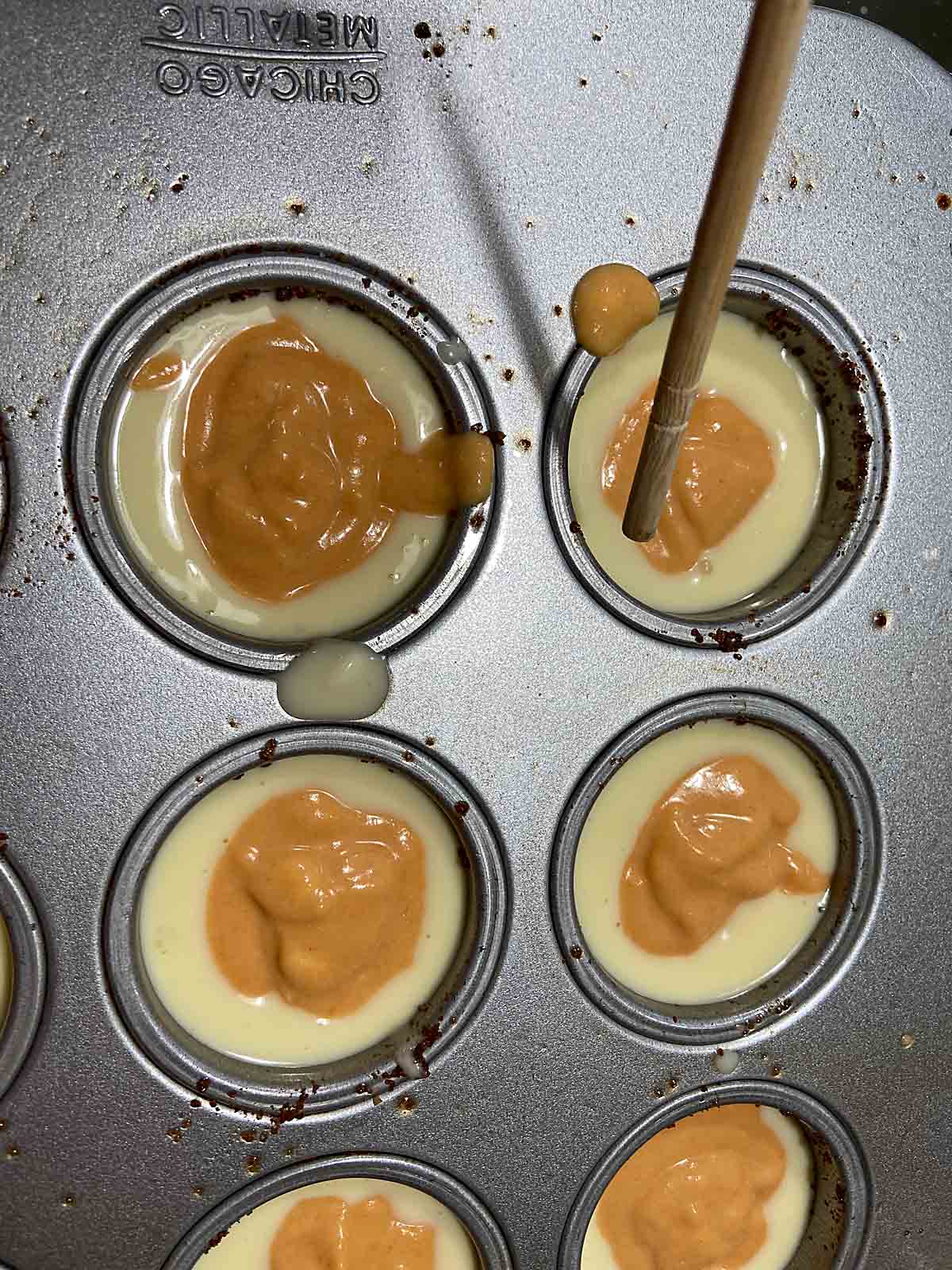 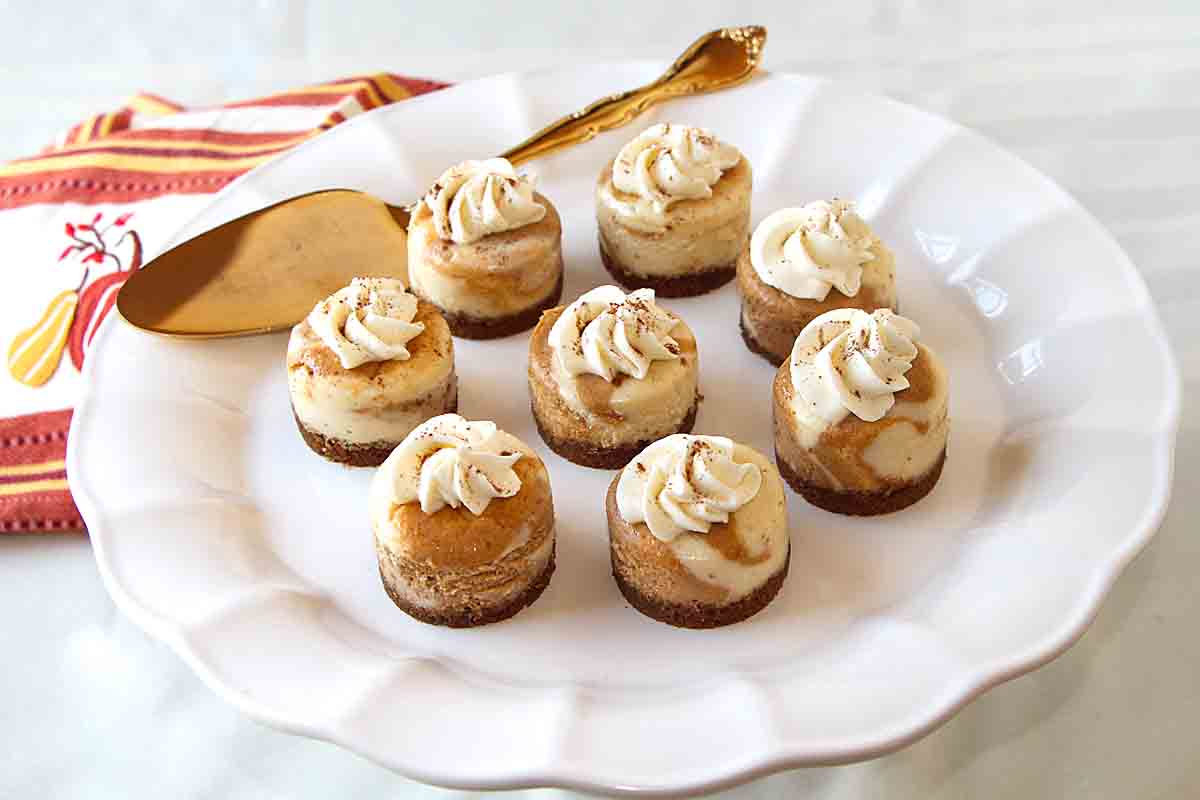 How to Make This Gluten-Free

I used Nairn’s Chocolate Oat Grahams as part one of making this gluten free. They also make Stem Ginger Oat Grahams, which would work beautifully here as well.

The cheesecake has a small amount of cornstarch which is supposed to help keep the filling smooth.  Flour may be used instead if you aren’t gluten-free. 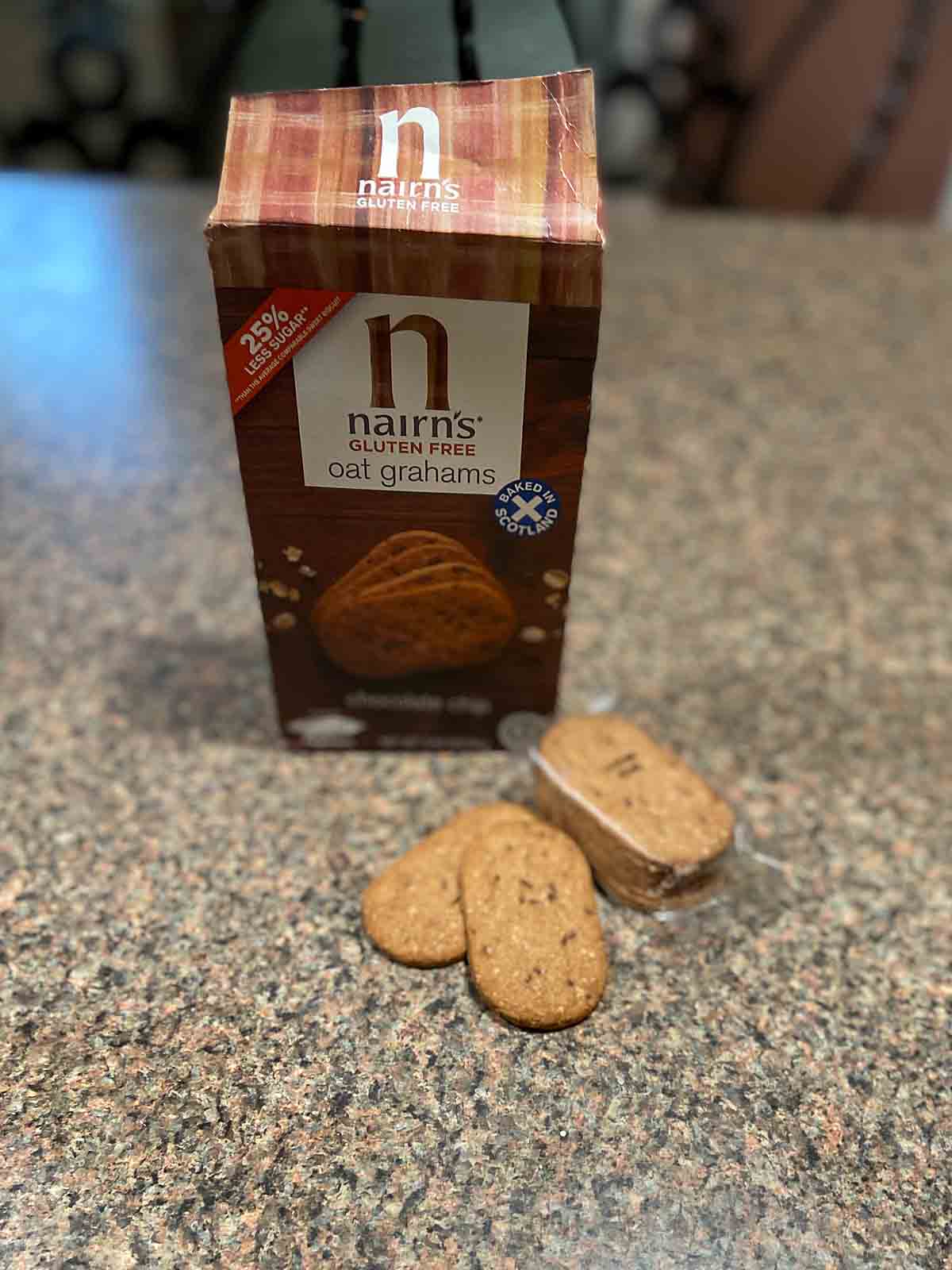 One of the major reasons for cheesecake to fail is if too much air is incorporated in the mixing process. This will make it rise high, then sink in the center, sometimes cavernously!

But you also need to beat the cream cheese thoroughly enough to get out all the lumps . I usually deal with this by using the whisk attachment first for the cream cheese, then switching to the regular attachment or even hand mixing for the rest of the ingredients. 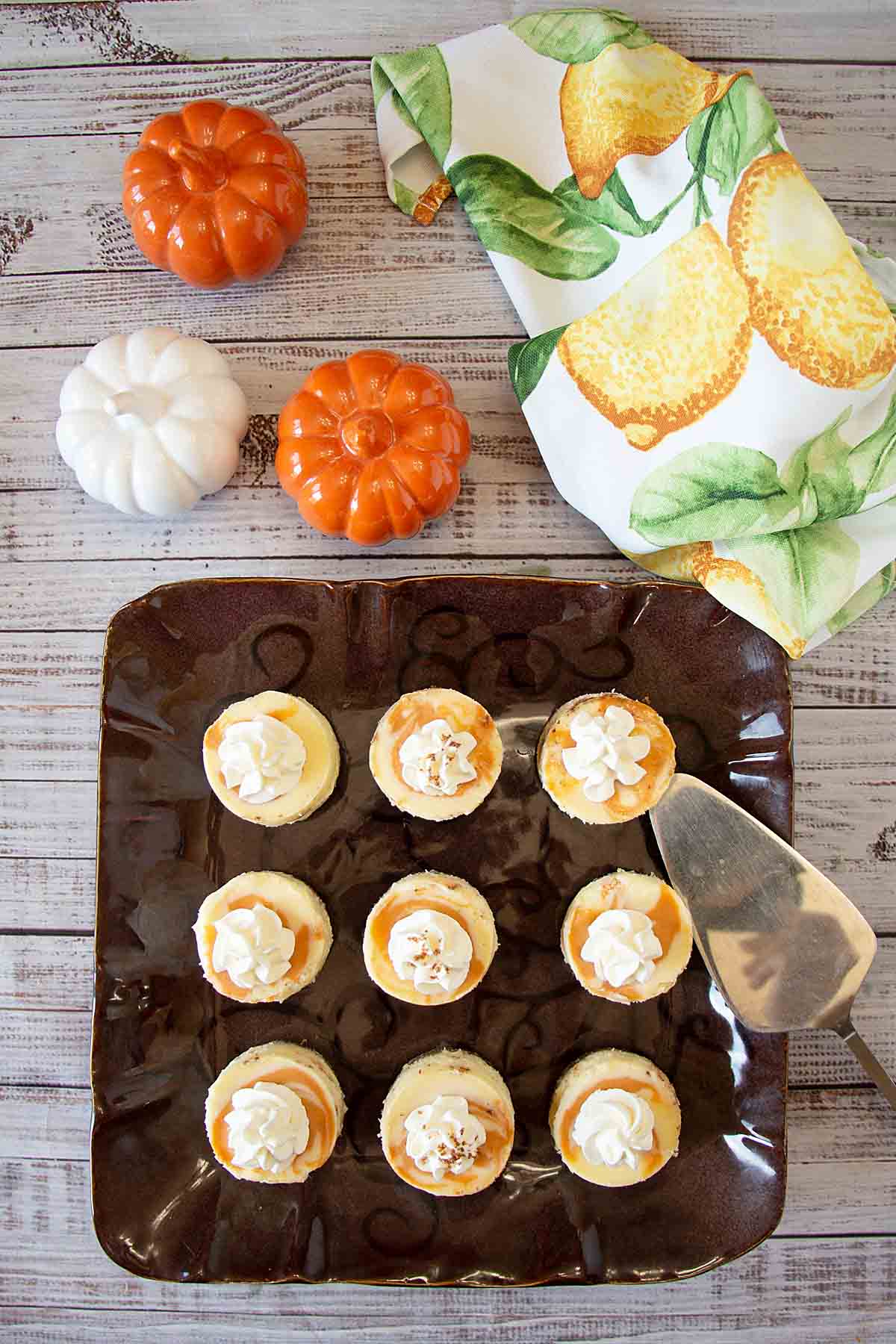 The cream cheese should be room temperature or it is nearly impossible to work with. If I forget to take it out of the refrigerator, I heat it very briefly in the microwave.  But taking it out early gets it evenly warm so is better.

Cracking is another cheesecake problem, but I find it is rare in mini cheesecakes unless they are very overcooked.

If your cheesecakes end up sinking slightly in the middle don’t worry. Topping with whipped cream can hide a myriad of sins! 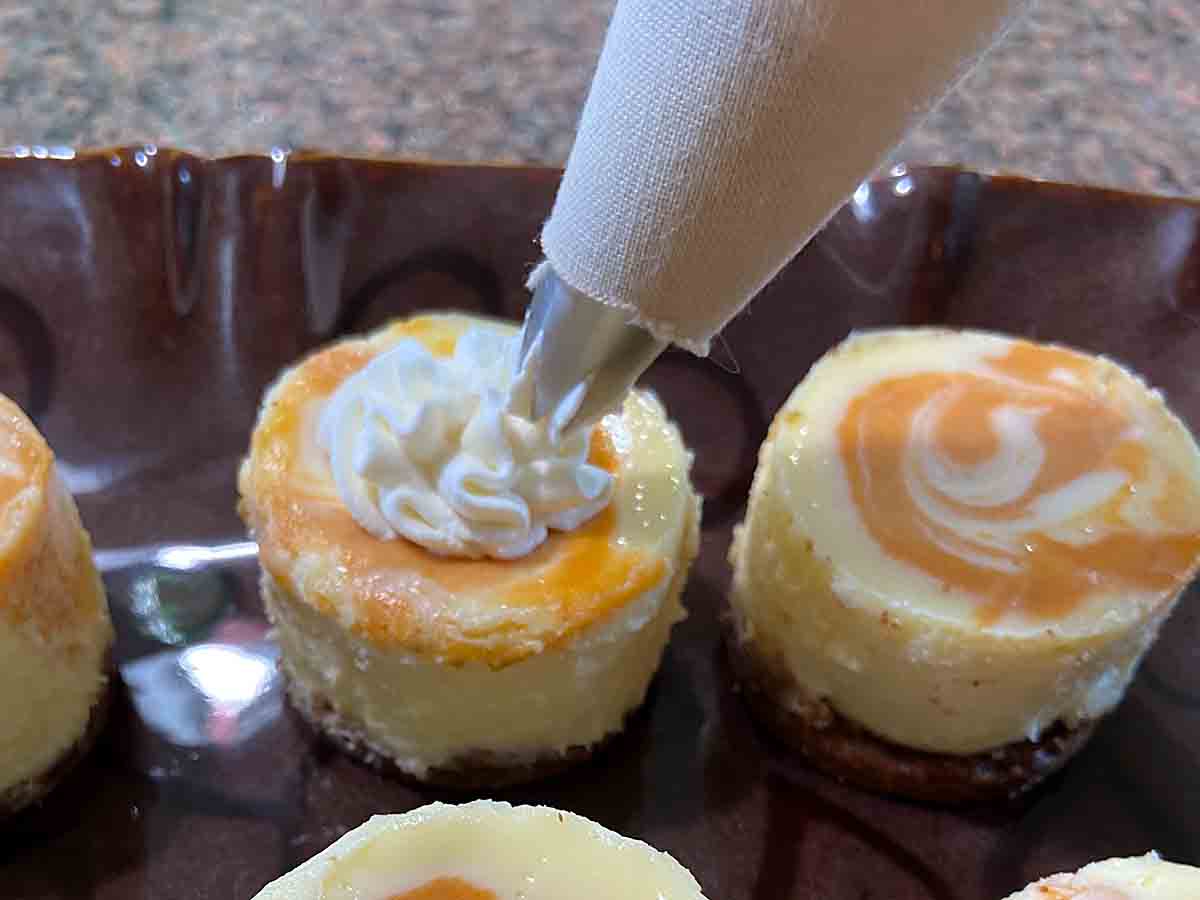 Rumor has it that sous vide makes cheesecake making almost flawless.  Since I just bought a sous vide unit, I’ll report back!

This uses a special mini cheesecake pan, but can also be made with cupcake liners in a mini-muffin pan. Since these may be slightly smaller the yield may vary. 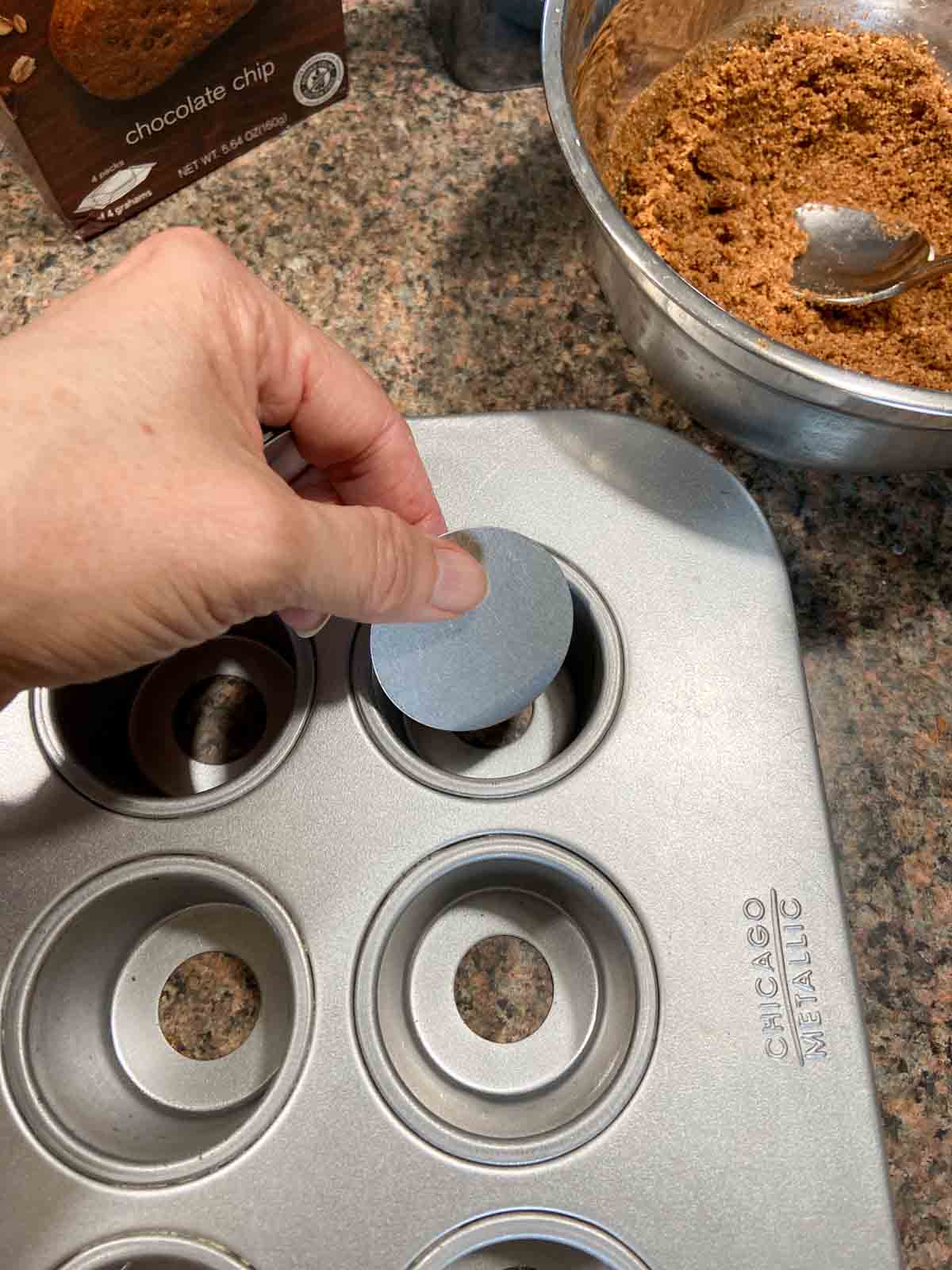 Since the mini cheesecake wells are narrow, it’s a little harder to get the filling in. If the filling is very soft (summer), I transfer it to a quart-sized measuring cup and pour from there. If the batter is cooler and too solid to pour, I spoon it into a piping bag and use that to fill the cups.

Pumpkin Mini Cheesecake is especially nice with Pumpkin Spiced Whipped Cream. Then as a final touch (optional) consider sprinkling the whipped cream with some additional graham crumbs or a little cinnamon or nutmeg. 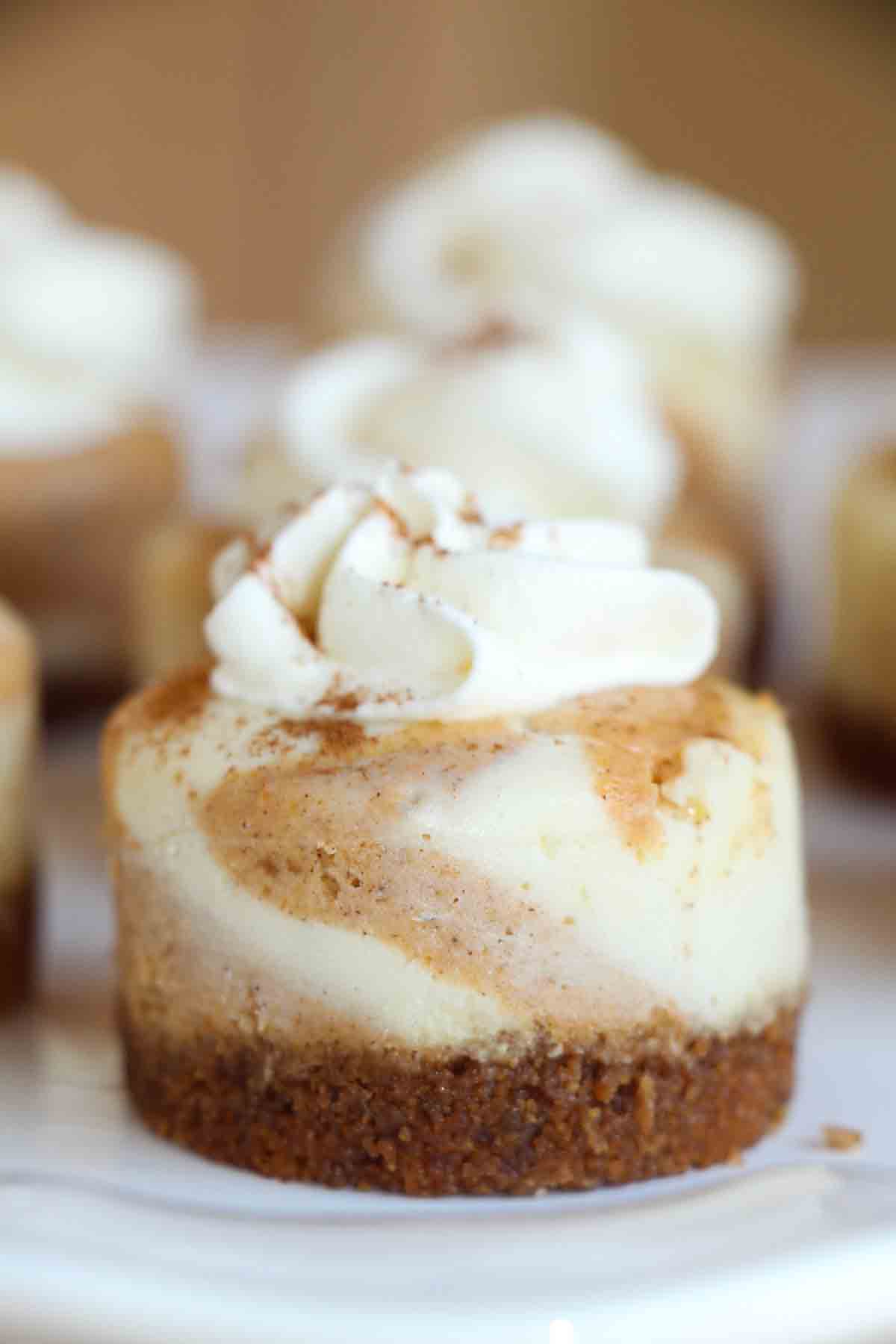