Can you think of a better excuse for (multiple) desserts than a holiday brunch? I can’t. But after making (somewhat indulgent) mini mocha cheesecakes for Mother’s Day, I decided I should do something a little healthier too. So I made a Scandinavian Apple Cake. 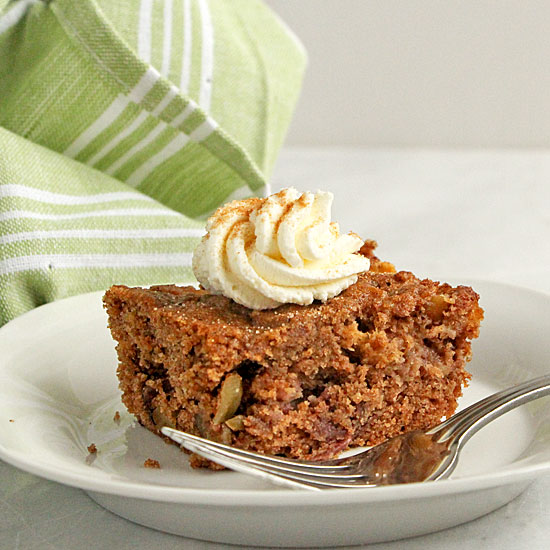 Even though apple season is over, I have a tub of frozen, sliced apples in my freezer. I like to eat local or regional as much as possible, so every fall I freeze lots of fruit to get through the winter.   I look for an organic apple sale (apples have been on the EWG’s Dirty Dozen, absolutely forever), then core and slice the apples, leaving the skin intact (which is healthier and less wasteful). When winter arrives, they are super quick and easy to use in pies and other recipes since most of the prep work is done.   Of course fresh apples would work fine too! 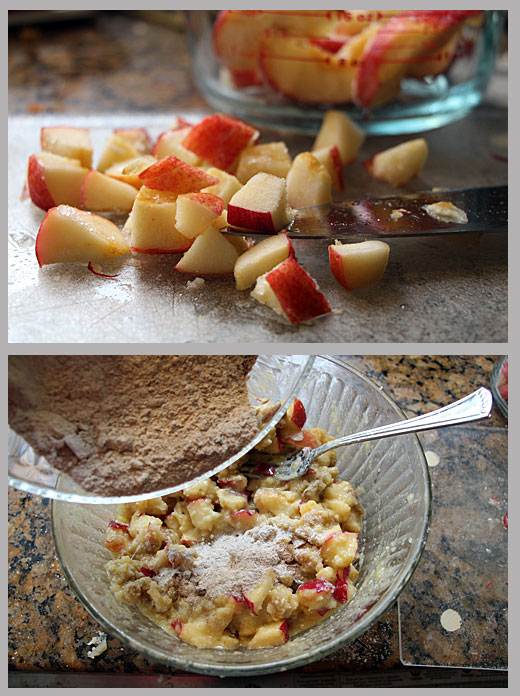 The recipe is from the Edible Door (for Door County) magazine, part of the Edible Feast franchise, from a contributor whose Norwegian neighbor made the cake. I made just a couple of changes (besides leaving the peels on the apples). I increased the spices just a little, and I used half whole wheat flour instead of unbleached. It turned out seriously good and next time I may play with using all whole wheat flour or reducing the sugar and fat some. 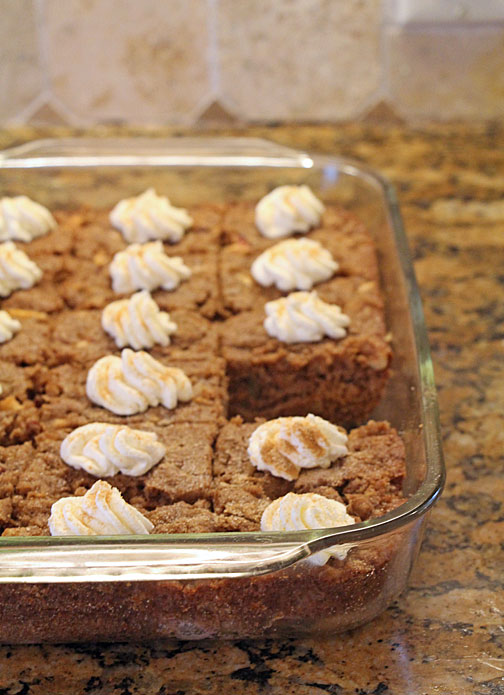 The original recipe author recommended serving this warm with ice cream. Since that was more work than I wanted to do on Mother’s Day (when I’d rather be sipping a Creasmsicle Martini than scooping ice cream), I topped each piece with a rosette of stabilized whipped cream (a little added gelatin) dusted in cinnamon sugar. This worked perfectly and I can testify that the stabilized whipped cream held up well since my husband and I finished off the leftovers for breakfast a couple days later. 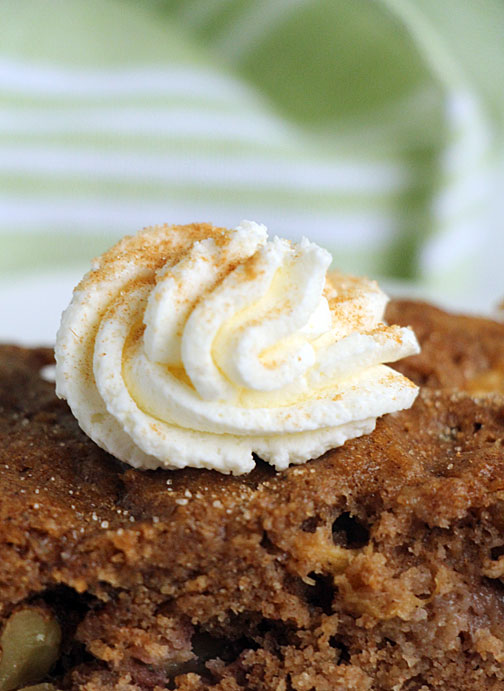 And I didn’t even feel guilty! 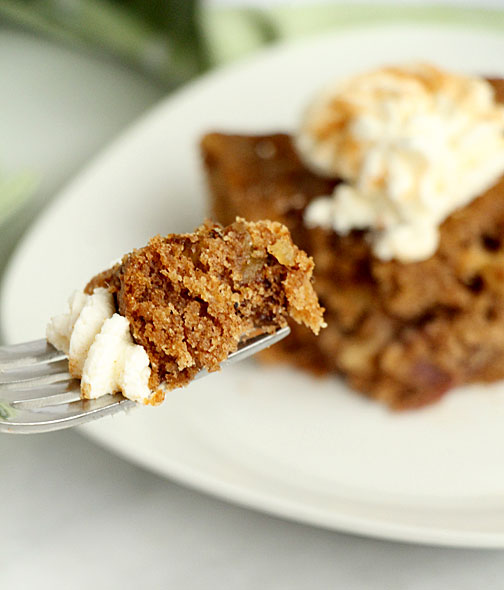