Oh my!  It’s been a week since my last post.

And I’ve been planning this recipe the whole time.  But I’ve been trying to think of something clever to say and I couldn’t think of a thing.

When I finally made the dish, my youngest looked at the ingredients and wrinkled up her nose (the post was looking increasingly ill-fated).  Declaring that coconut was a nut and that I ought to know she hated all nuts, she asked for a different dinner. 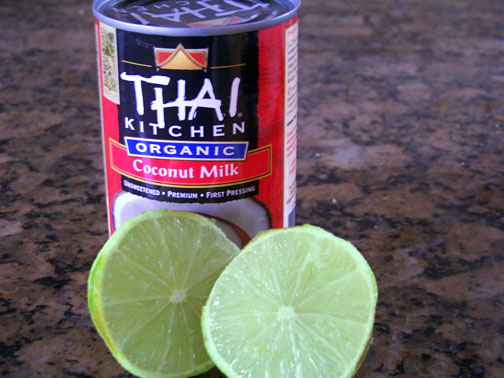 I told her she could make herself a cheese sandwich if she must and she did.  When the chicken was done, she appeared back in the kitchen announcing that perhaps it did smell good.  “Would you like to try it” I asked.

As you may have guessed… somebody ate two dinners that night.

If you’ve got picky kids, this dish may very well pass muster.  Just don’t announce it ahead of time… 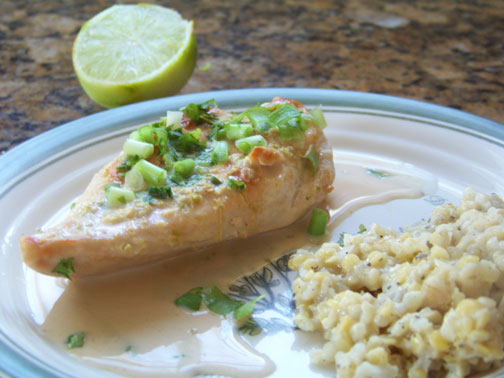 Sautee the chicken breasts in oil or cooking spray.  Cook until lightly browned and cooked through (an instant read thermometer works great to test for doneness).  Cover and hold in 170 degree oven while preparing sauce.

Deglaze the chicken pan with coconut milk, then add cayenne, lime zest, half of the lime juice, pinch of cayenne and salt to taste. Heat until warmed. 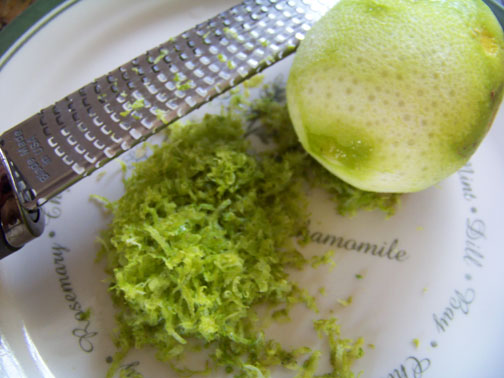 Remove breasts from oven and drizzle with remaining lime juice.  Spoon sauce over and around them, then garnish with the scallions and cilantro. 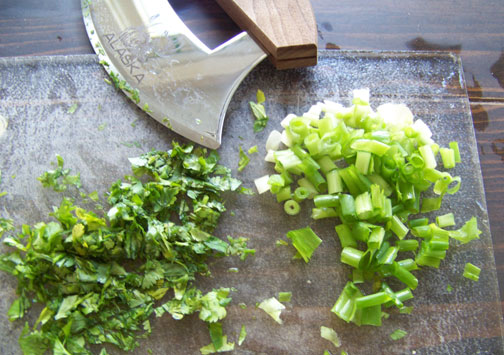 Green Onion and Cilantro for Garnish 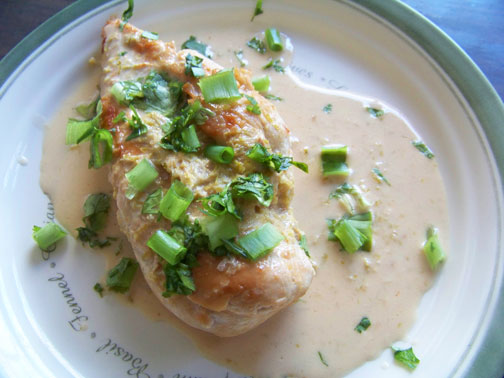