Yes, you can make Chiles Rellenos at home.  (Even if you have failed before.) 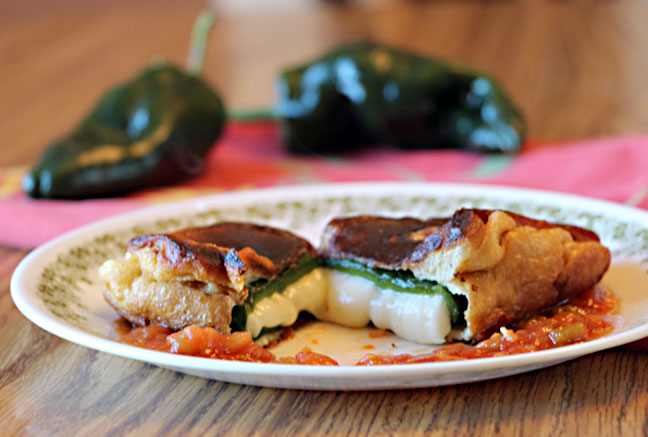 If by some chance you aren’t familiar with the mildly spicy Mexican dish, Wikipedia describes it as follows:

“The chile relleno is a dish of Mexican cuisine that originated in the city of Puebla. It consists of a stuffed, roasted, fresh poblano pepper sometimes substituted with non-traditional Hatch chile, Anaheim, pasilla or even jalapeño chili pepper.  In current cuisine, it is typically stuffed with melted cheese, such as queso Chihuahua or queso Oaxaca or picadillo, meat made of diced pork, raisins and nuts, seasoned with canella; covered in an egg batter or simply corn masa flour and fried.Although it is often served in a tomato sauce, the sauces can vary.”

I don’t lay any claim to authenticity in this recipe, but limit my assertion to just one thing–I was successful when I made it.  Twice even!  To make things better yet, the recipe is amenable to preparing as a single serving, which means I can give myself a treat any time I want. 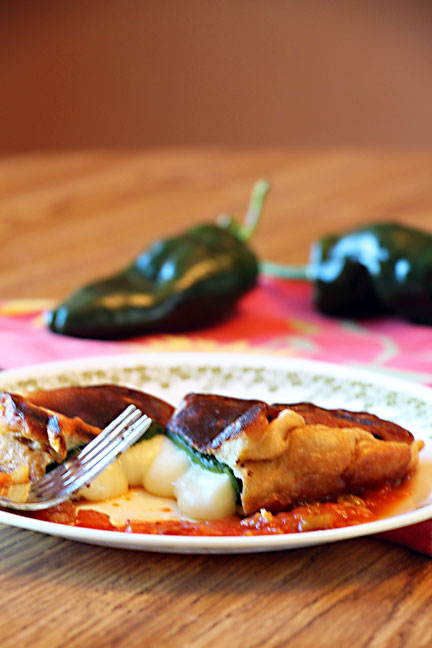 The impetus behind this attempt came from two things.  First Rare Earth Farm, one of my CSAs, sent home a bagful of peppers, including a few Poblanos.   Second, buried in  fresh food at the moment, we had just instituted an outside-food-buying moratorium.  That meant no more running out to Trader Joe’s for their frozen Chiles Rellenos.  But now I can make them at home! 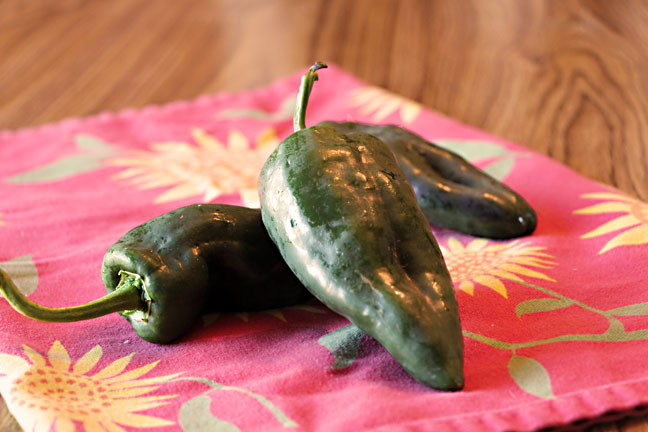 Mmmm–Poblano Peppers from the CSA

The secret to the ease of this recipe lies in the battering technique (which you will see in the directions/pictures).  I had previous problems with batter not sticking to the peppers.  With this clever innovation (out of Chow)  the problem was solved.  For my version, I used prepared salsa (which I can myself or buy in bulk) to make the dish even easier.

Mmmm.  Now I just need to work on my husband’s fear of chiles! 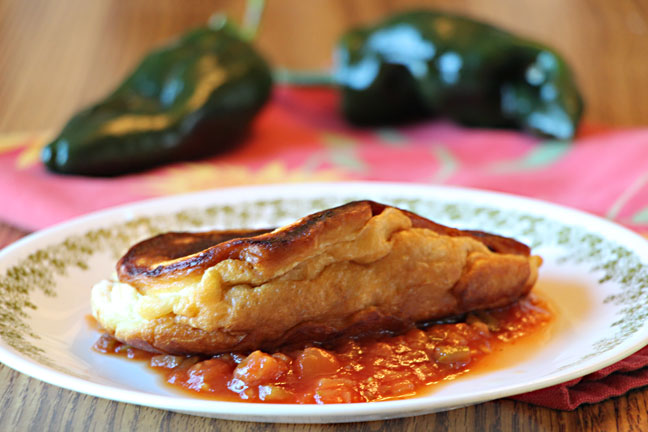 Ingredients (per serving–multiply as needed) 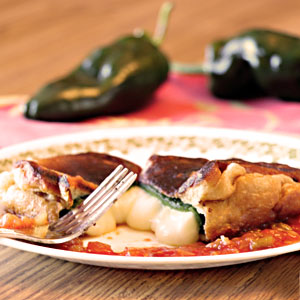 18 thoughts on “Yes, You Can Make Chiles Rellenos at Home”