I made my Swiss Chard Quiche quite by accident–and in the end it was a happy accident!  You see I was carrying my CSA box down the stairs, when the bottom opened up and everything, including two dozen eggs, tumbled out.  The veggies were fine but 10 eggs were cracked.  They would need to be used–right away. 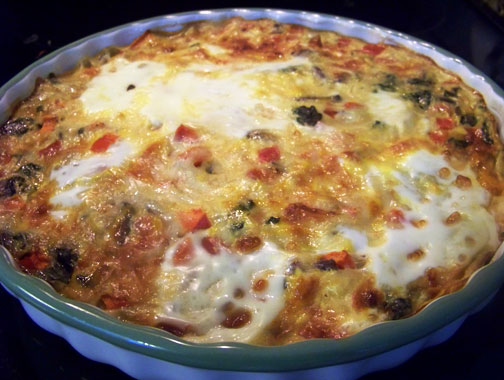 The accident just happened to dovetail with massive quantities of CSA Swiss Chard that were arriving weekly.  With opinions at our house ranging from “not my favorite vegetable” to “I’d rather eat cat food” consumption was not keeping up with supply.

This week, I decided to be proactive and tossed my bag of chard into the “extras box” with the idea that some other unsuspecting deserving family might make better use of it.  Only to have my sister, who runs the pickup site, stop by that night with an even bigger bag of Swiss Chard that had accumulated.

Guess I’m not the only one with this problem! 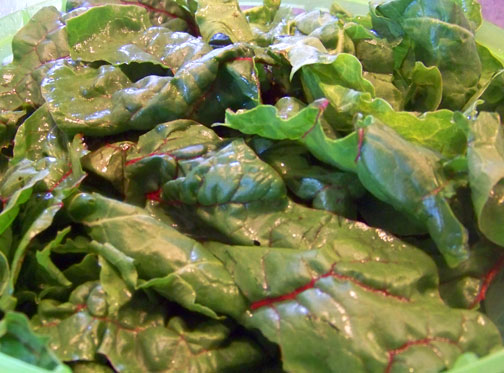 So, when the broken eggs entered my world, the Swiss Chard Quiche was born.  I expected it to taste “ok”, but to my surprise, it was actually good.  I added some chopped summer sausage (languishing in my cheese drawer) and  a diced red pepper (frozen and leftover from last year’s CSA)–plus the de rigor mushrooms and onions–and  the quiche was downright flavorful.

Sometimes fate smiles on you! 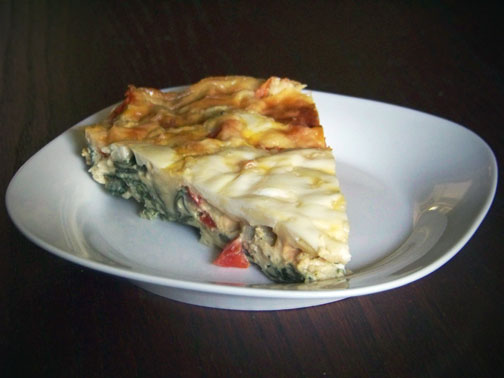 1.  Prebake pie crust according to directions, if using.

2.  Saute onions and mushrooms in butter or oil, until they start to turn golden.  Layer on top of crust or pie pan sprayed with non-stick spray if not using a crust. 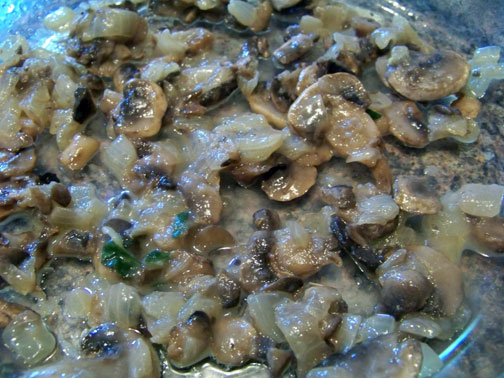 3.  Wilt Swiss chard slightly in a large pan, then layer on top of mushrooms and onions.  Follow with sausage or bacon, red pepper and cheese. 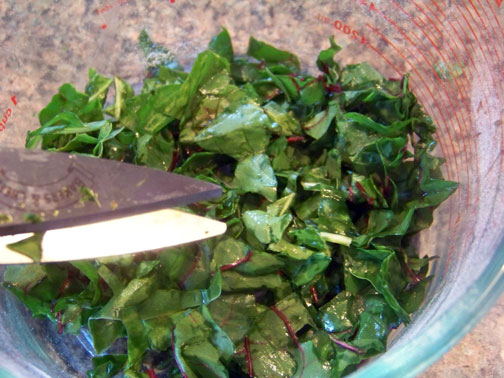 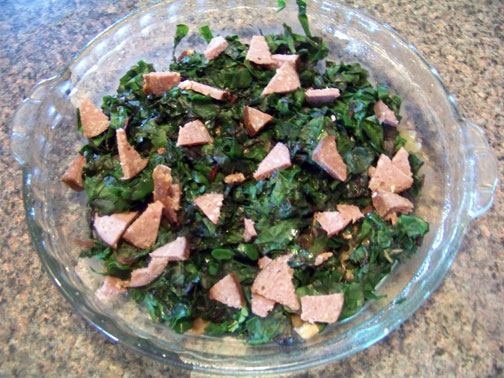 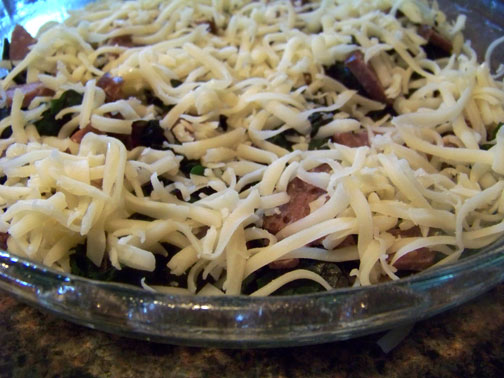 4.  Beat eggs then add milk and salt then pour over quiche filling

5.  Bake at 350 degrees for about 40 minutes.  Top should be golden and puffy and knife inserted just off center should come out clean.

Everyone liked this in the end and my oldest just assumed it was spinach.  So perhaps we cooks should just keep mum about our recipes … 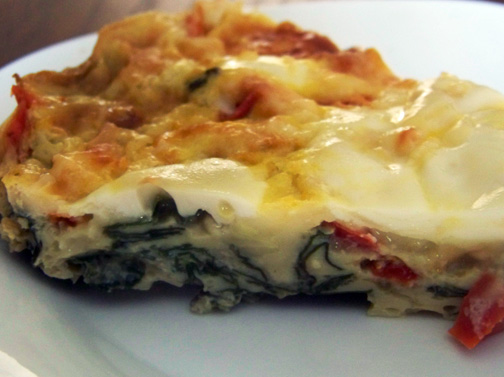